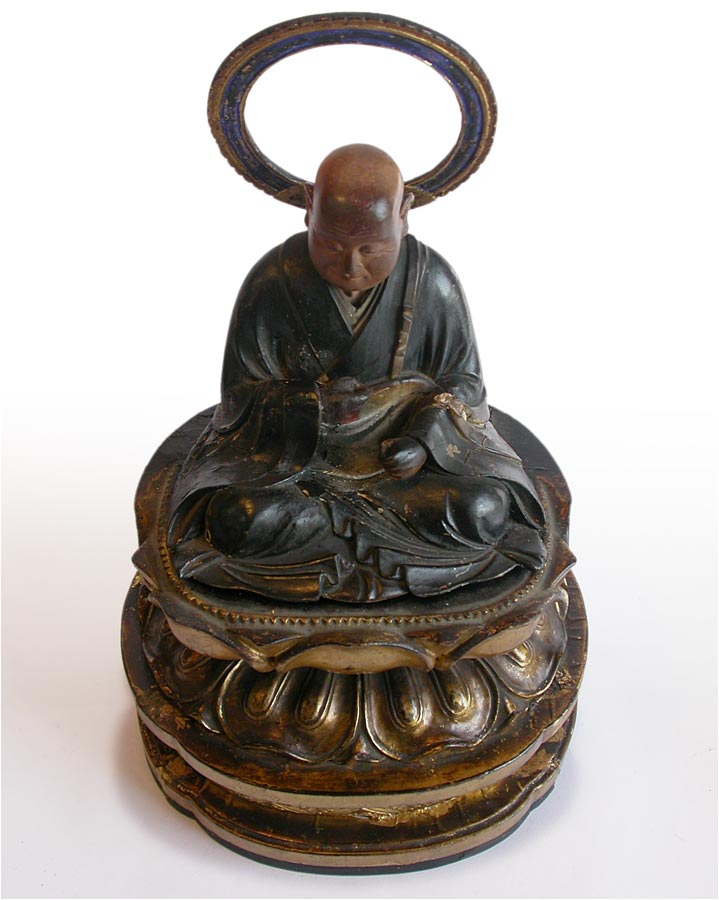 Antique Japanese Wood Buddha Statue
Meticulously carved from hollowed-out Japanese cypress with the joined-block technique, detailed with a unique Japanese gesso, a formula of seashell lacquer mixture (gofun), created a strikingly realistic facial feature, completed with applications of gold gilt and black lacquer for the five-tiers lotus pedestal, effectively creating a reminiscent effect of a gilt shrine of the grand old Zen Master. The unadorned Shinran Shonin 親鸞聖人 is serene and meditative. His lifelike features denote a spiritual presence in a relaxed cant. Despite its age, there are only a few flakes and minor yellowing from past incense rituals, and a string of prayer beads in his hands is missing.

Shinran Shonin (1173–1262) was the founder of Jodo Shinshu 浄土真宗 "The True Essence of the Pure Land Teaching". Shinran broke with tradition teaching Shin Buddhism's radical egalitarianism, which did not consider lay life to be an impediment to religious attainment, allowed women to be fully ordained earlier than many other schools. It was a path that would eventually lead to the ongoing development of Buddhism in the West. 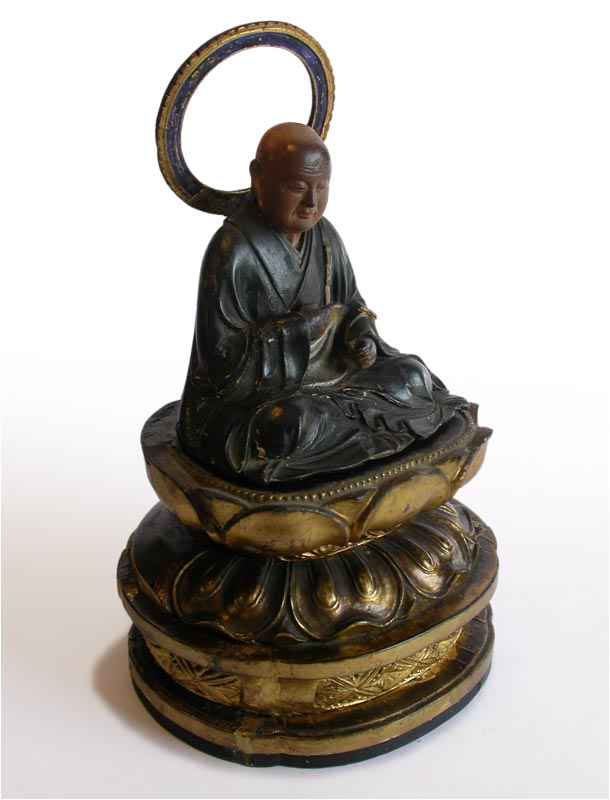 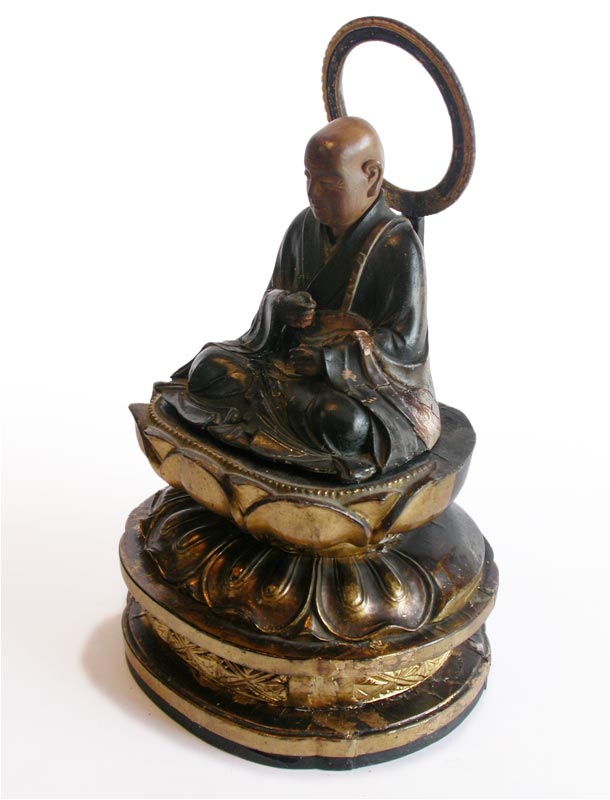 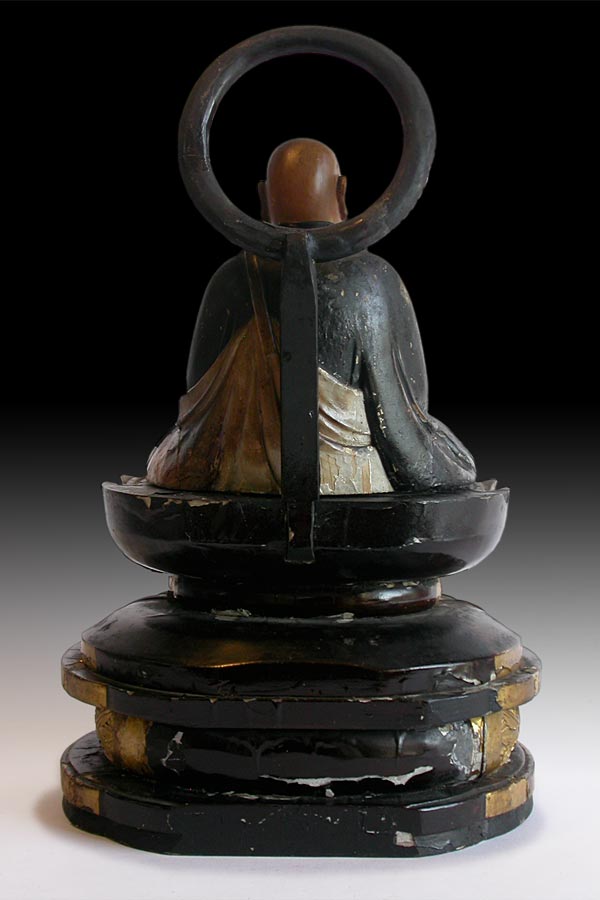 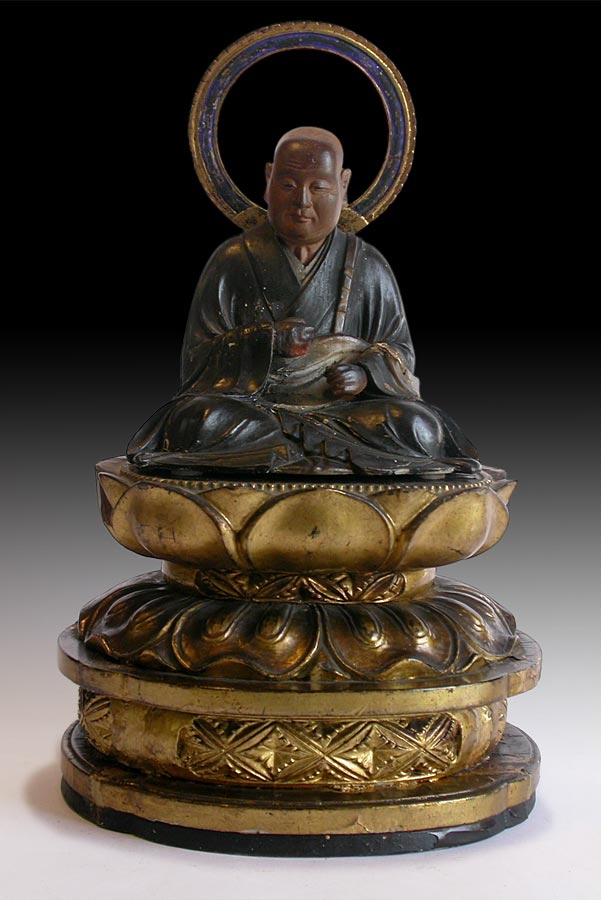 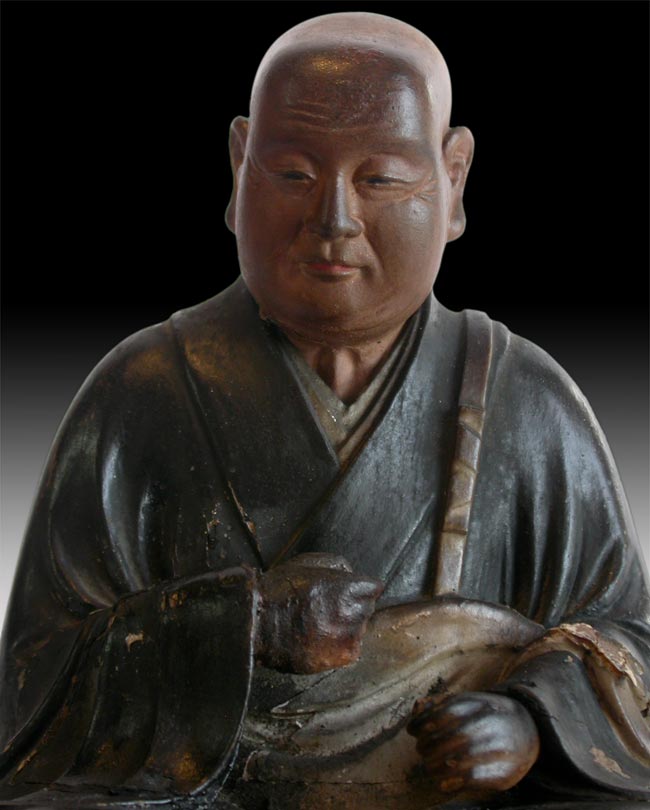 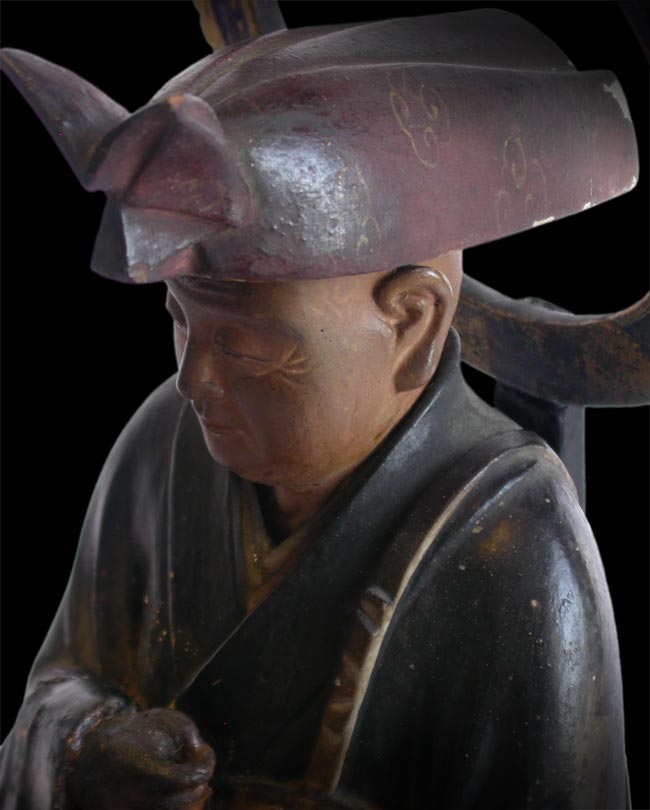