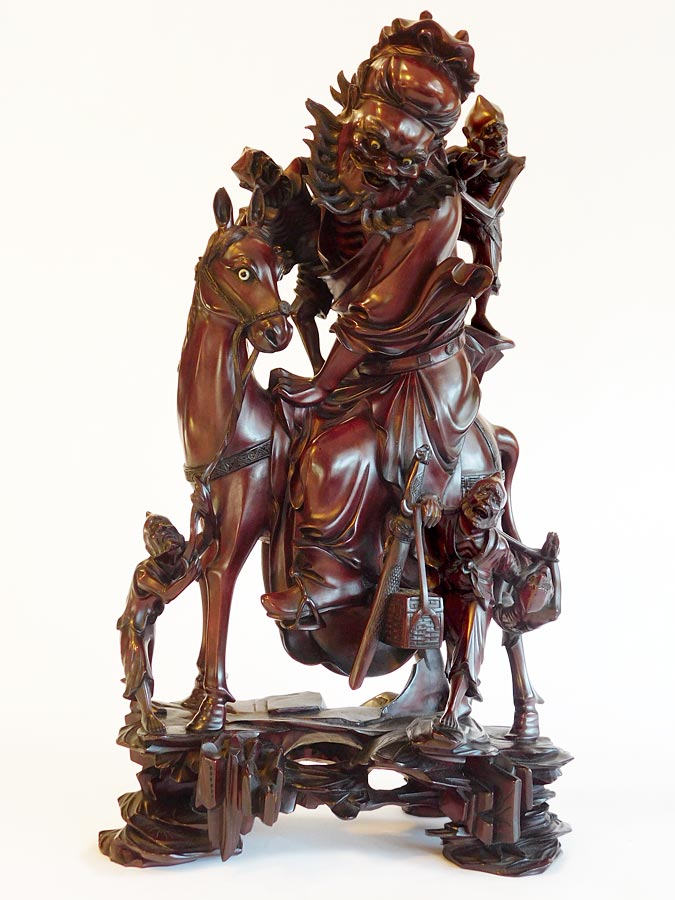 Antique Chinese Boxwood Carving
A superb fine carving of the Judge of Hell, Zhong Kui (Japanese: Shoki), is seated on horseback, looking down in amusement at the hellish chaotic scene with a scowling laugh. The Judge’s facial expression effectively articulated his complex emotion. The masterful artistry of many intricate details brings the complexity of the entire scene to life. Catching a ghost with his right hand, the comical hero trying to shake off another haunt on his back; all the while, a sharp-witted ghost is pulling the horse’s rein by its knees. The enraged expression of Zhong Kui is delightfully dramatized. The statue is carved with an ethereal vigor. His official robe in folds falling like silk, with sinuous flows of thin curves, unveiling a visual rhythm as he leans forward sideways. Looking down at the presence of a ghost slave-trader, whimsically carrying a tied up ghost and a load of possession on his shoulders. Beyond the humorous storytelling, this is an exquisite and light-hearted art piece.

Zhong Kui made his first appearance in the 8th century when demons haunted the Tang Emperor Ming Huang during his sleep. Then one night, he dreamed of a huge demon capturing and eating a smaller one. Upon awakening, the Emperor instructed the court painter Wu Daozi to paint a portrait of the Ghost Eater. This painting became the first image of Zhong Kui, a black-faced Judge of Hell with a large flaring beard, dressed in imperial robes and wielding a huge sword. 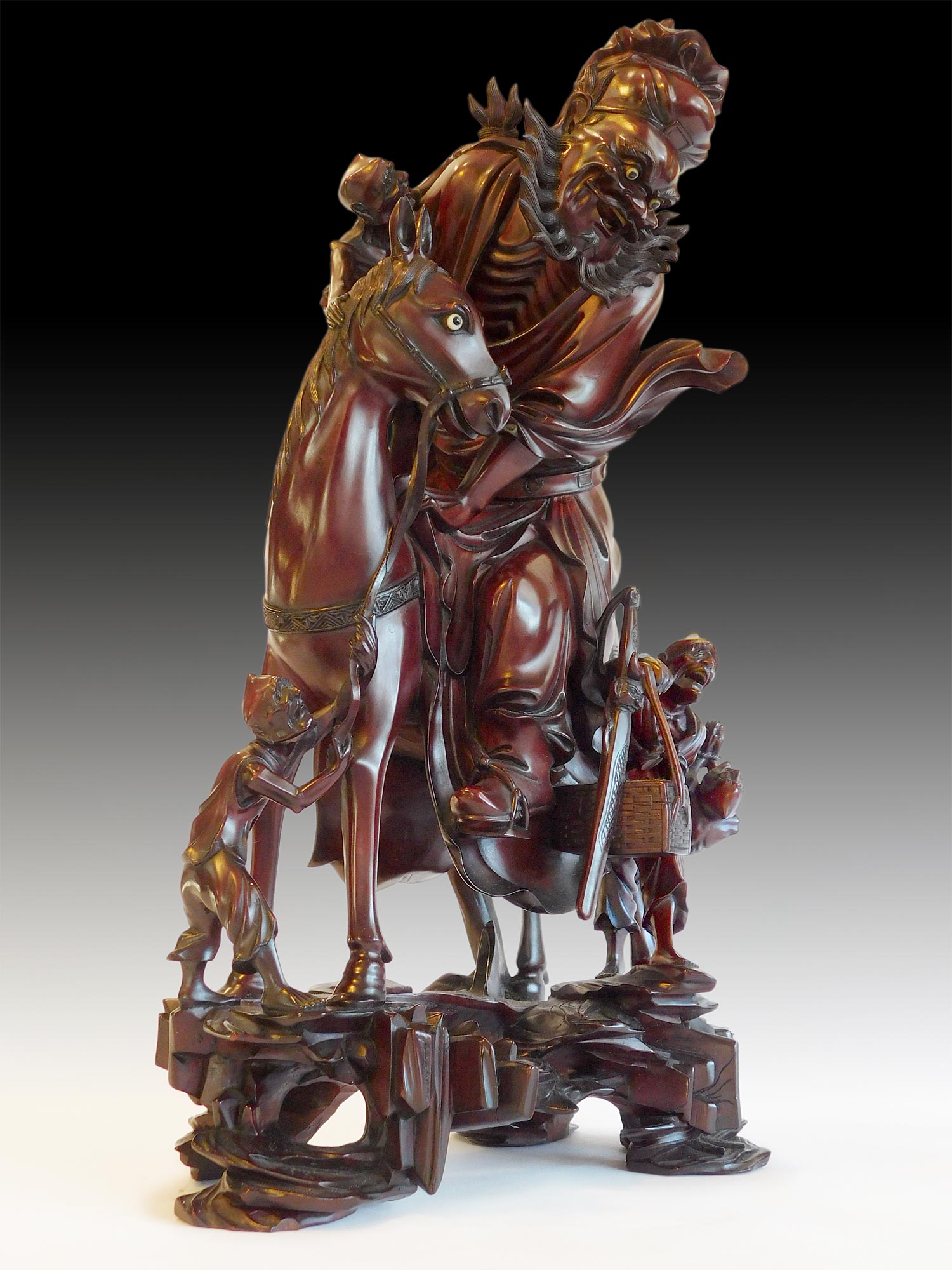 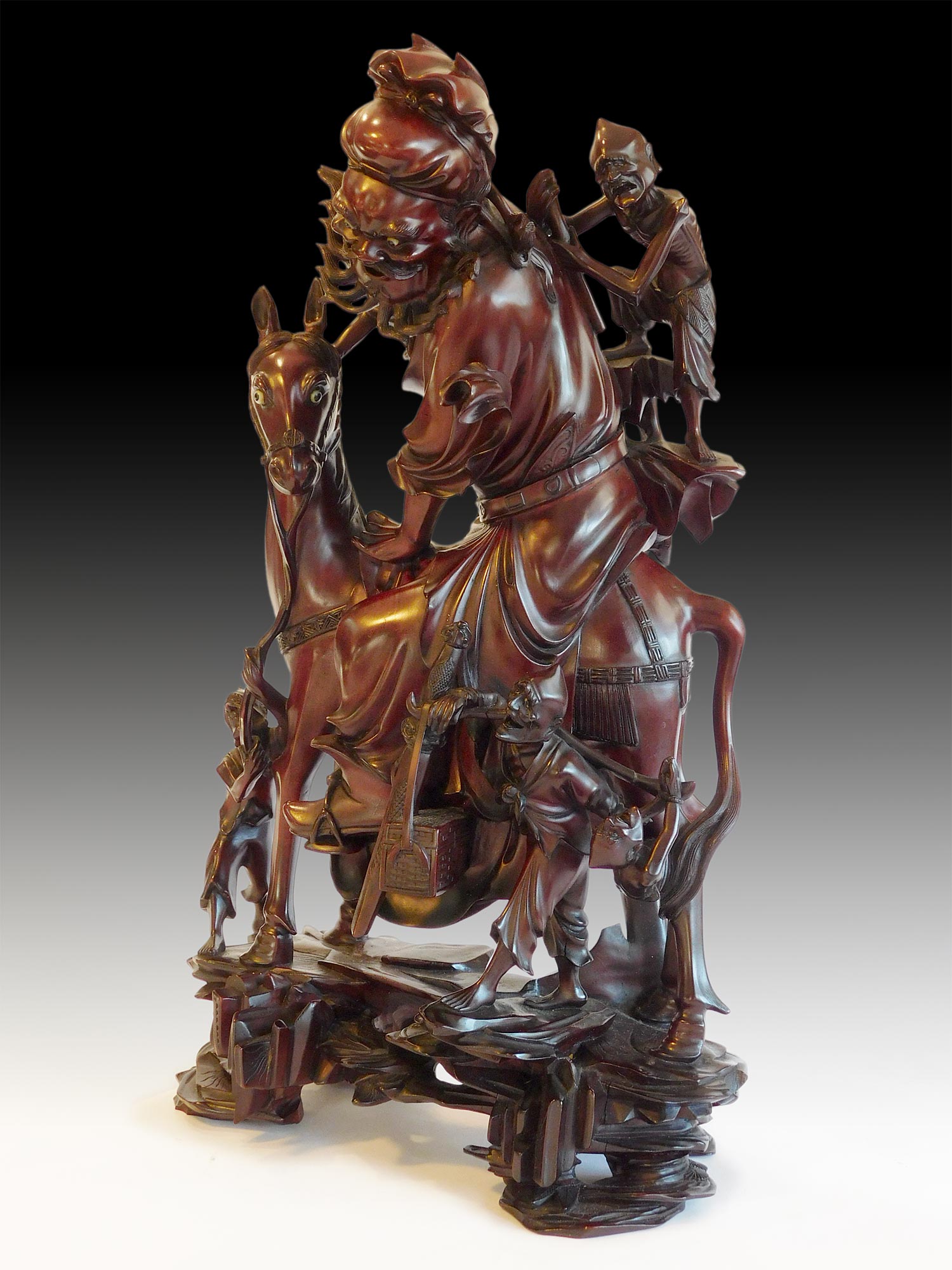 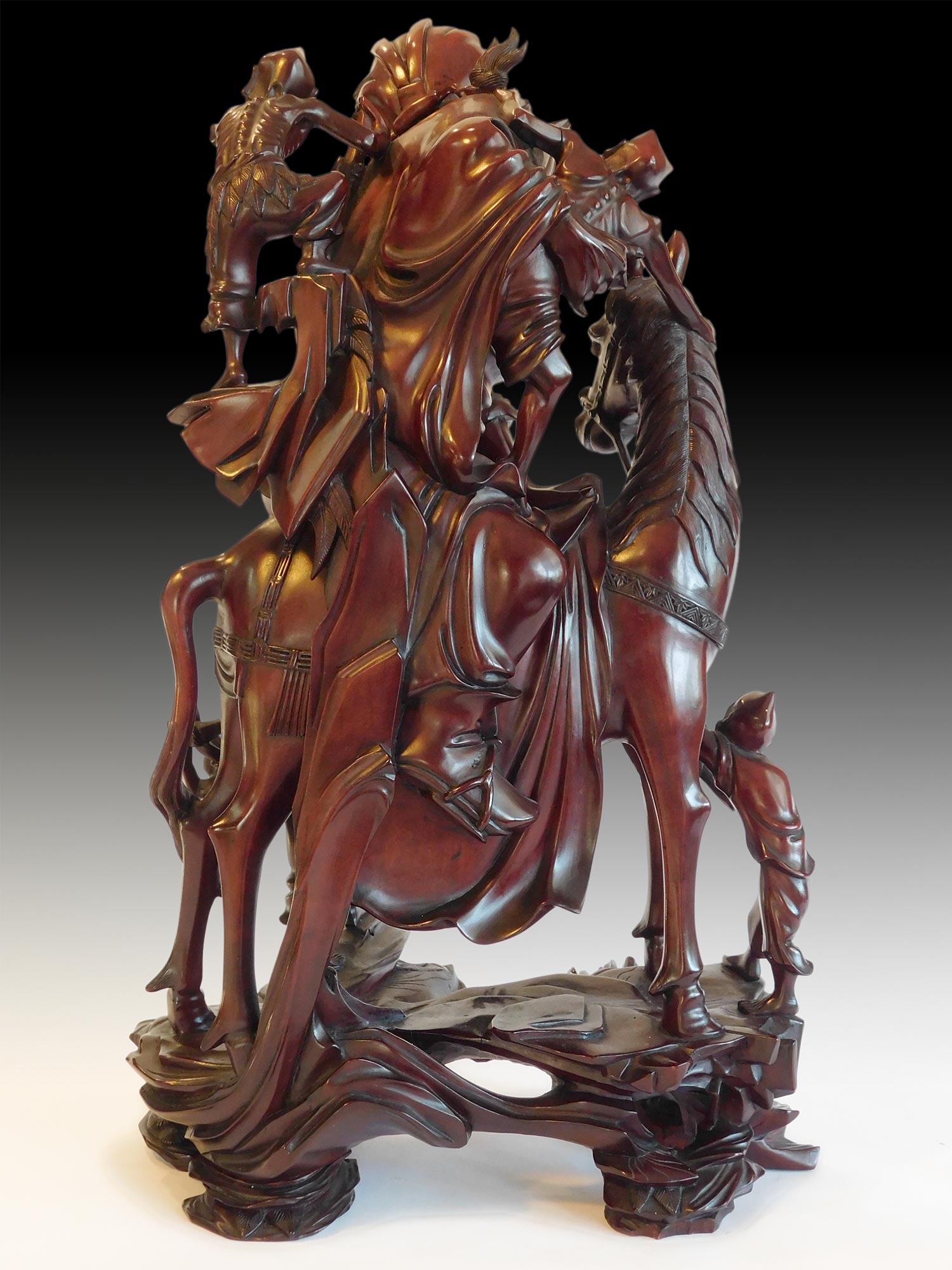 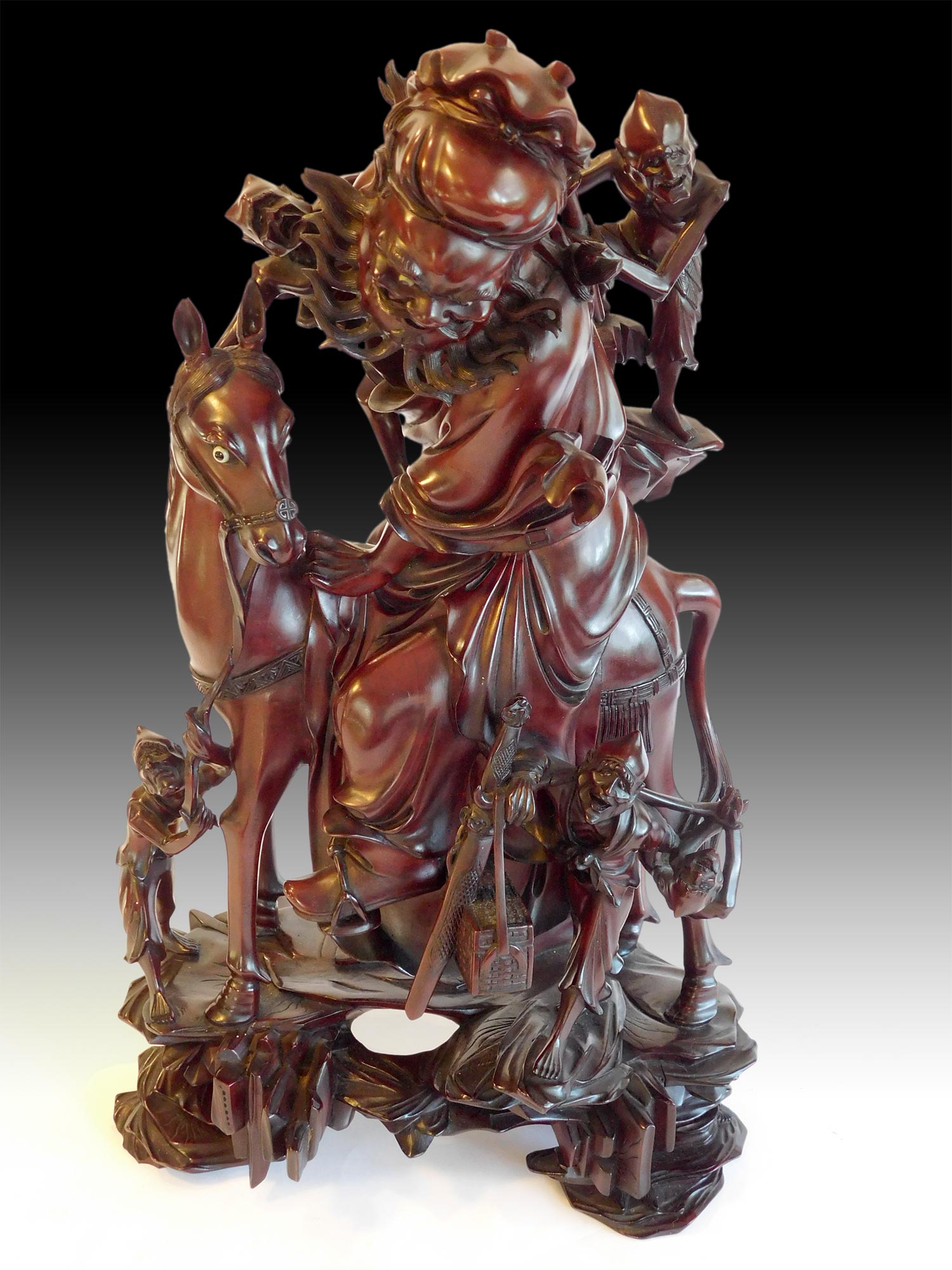 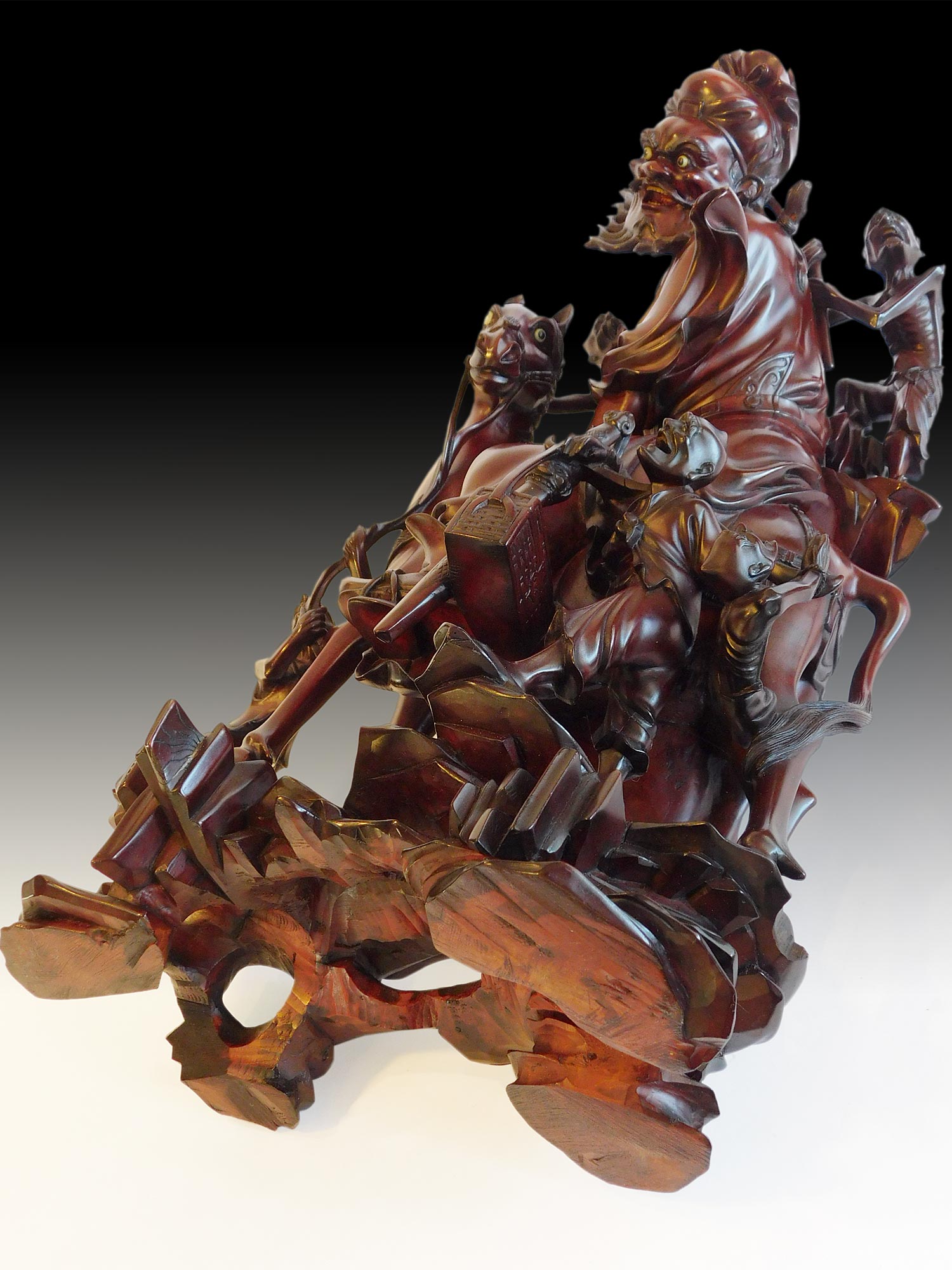 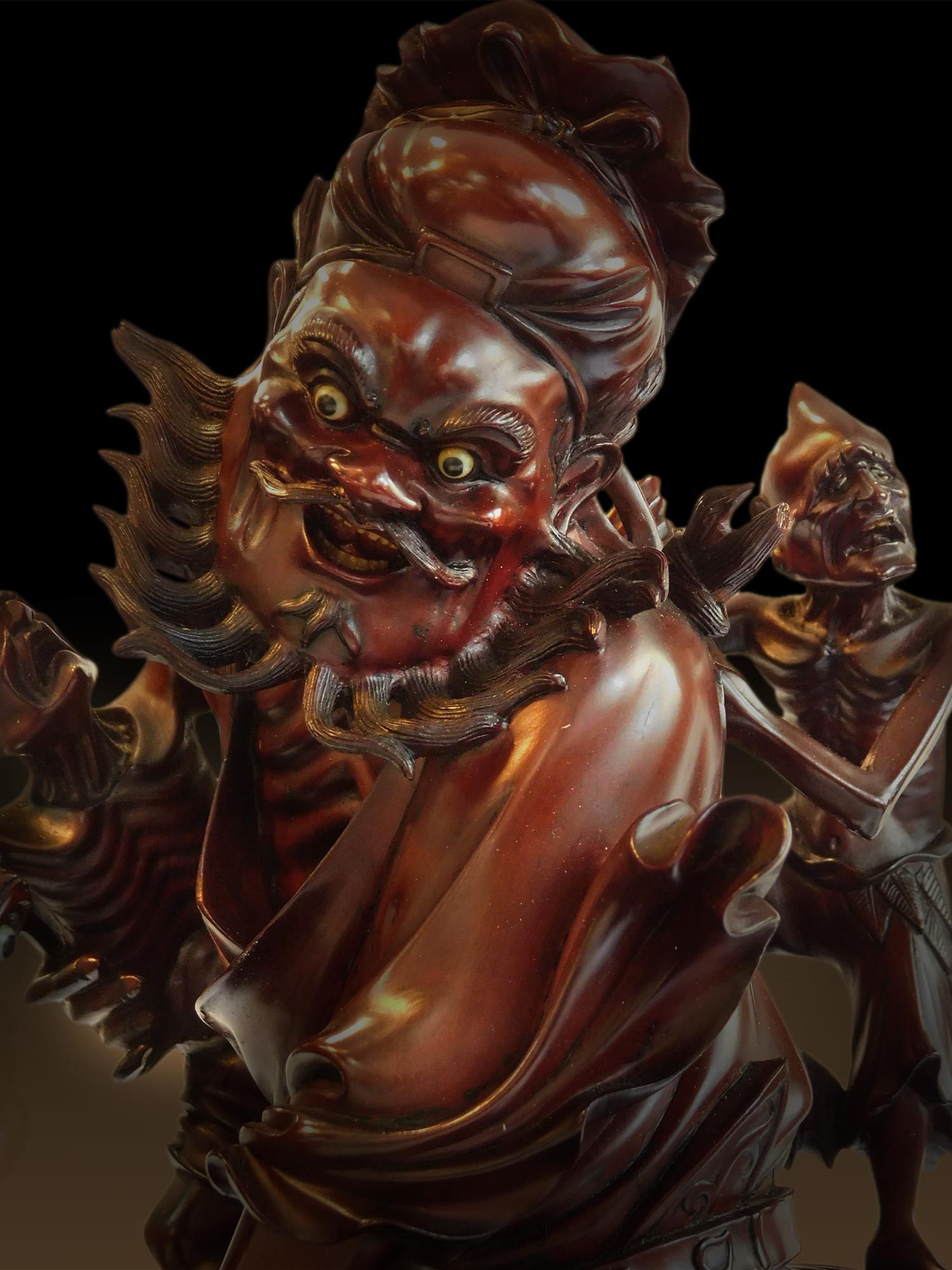 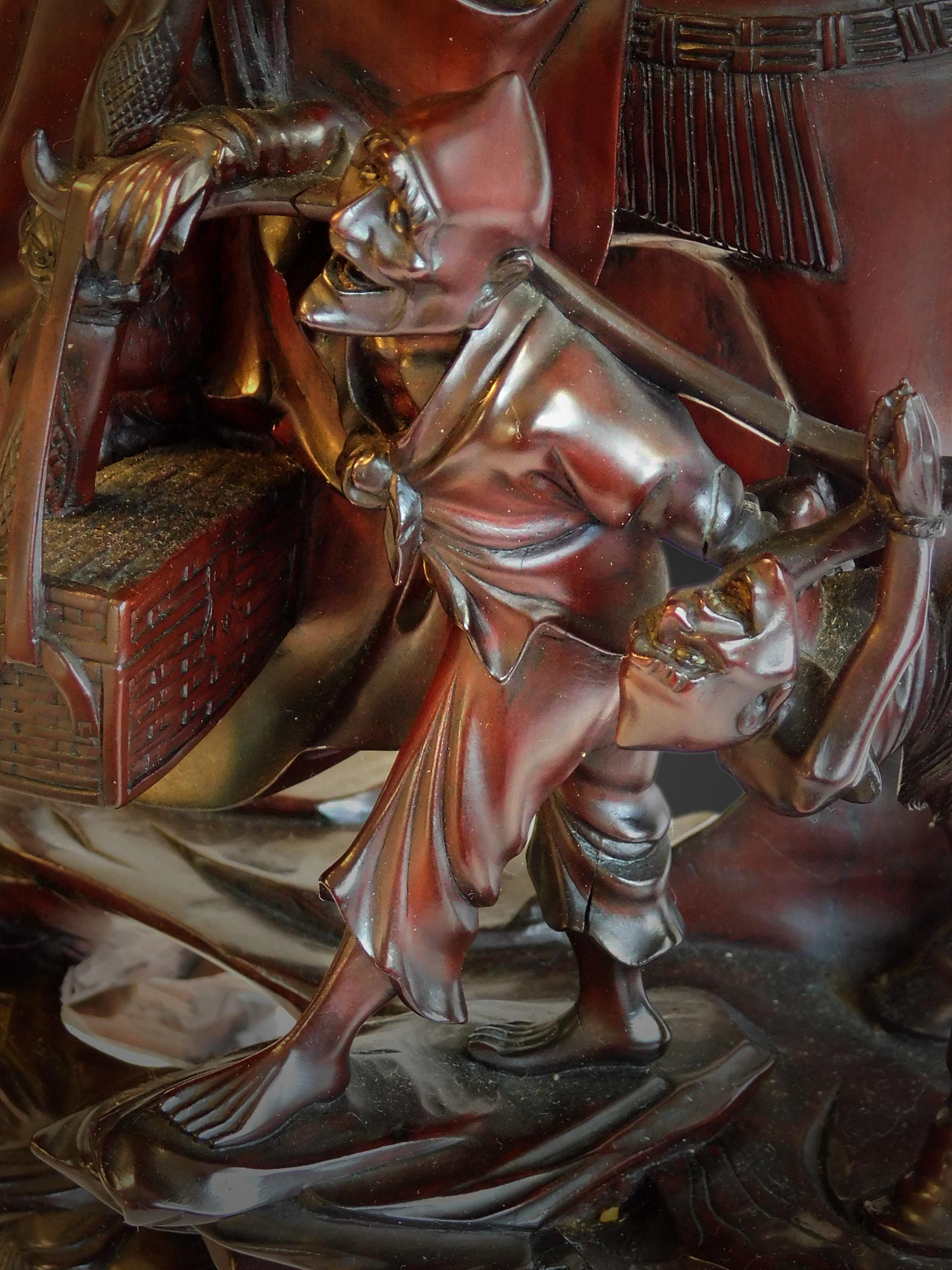