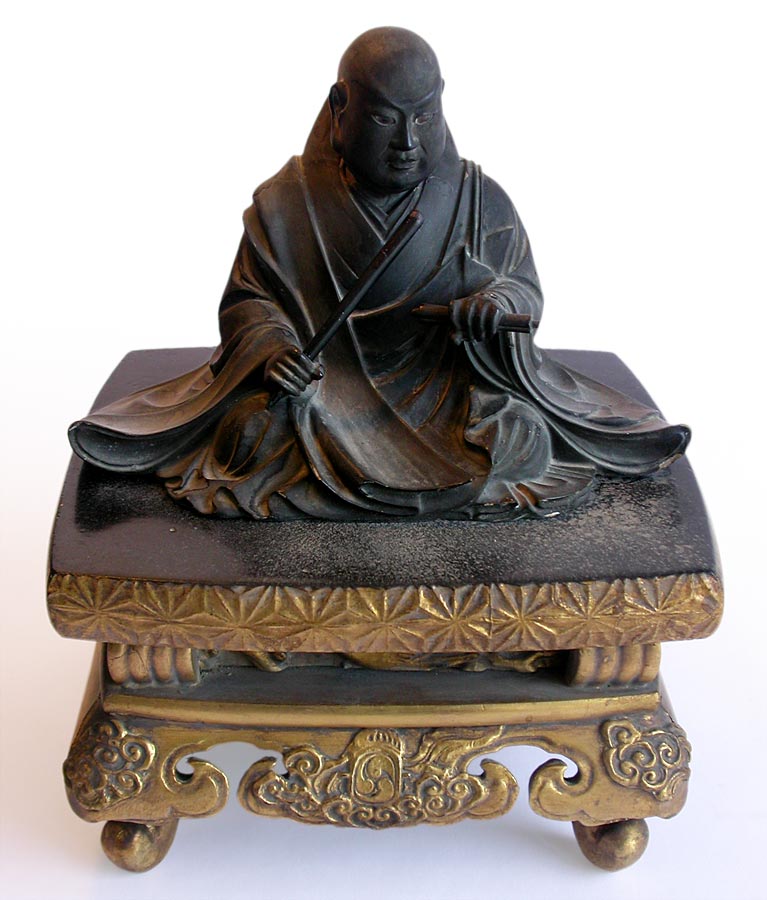 Antique Japanese Joined Hollow Blocks Statue
Antique Japanese dry lacquer on a joined-blocks wood statue with crystal eyes inserts, depicting Nichiren Daishonin (1222–1282), the Great Sage who crystallized the essence of the lotus sutra. The face of Nichiren are delicately modeled in realism, his serene expression is enlivened with crystal-eye inlays, which seem to look straight at the viewer with an awakening power. The master is dressed in a voluminous floating monk robe, seated in meditation above a gilded Tomoe Mon pedestal, firmly holding in his right hand is a Keisaku, and in his left hand a Lotus Sutra scroll. In style the alluring form of the Dai-Bosatsu alludes to the symmetrical equilibrium in Chinese tradition. Though that the technical features such as the crystal eyes inserted from inside of the head, which is composed of the front and back half; the five sections construction of torso and shoulders, joined with a separate block for the legs and the forearms-- These are original Japanese techniques, and characteristics of sculptures since the Kamakura period in the late 13th century. This delicate Edo era statue is complete with no major losses. The gilded pedestal is newer and likely was made in the early 20th century. 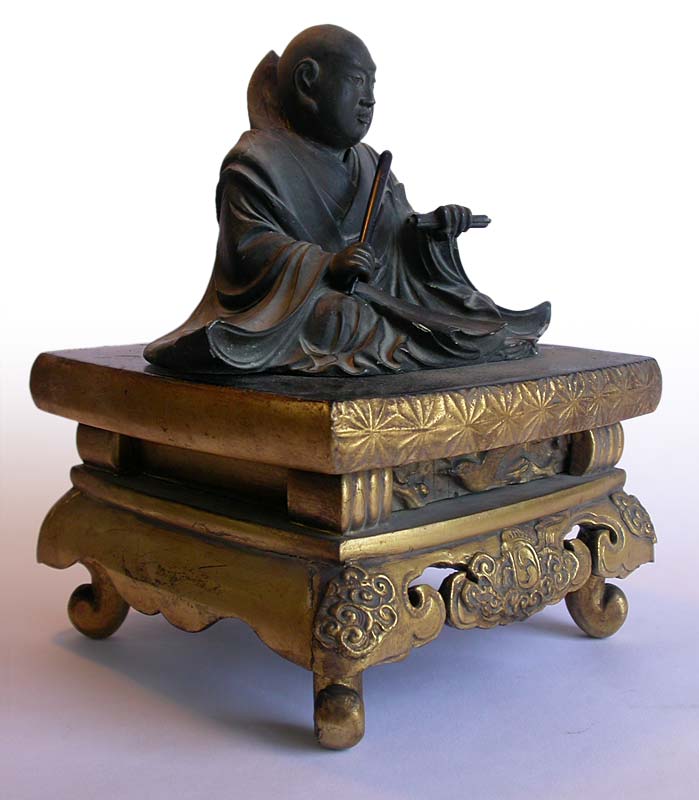 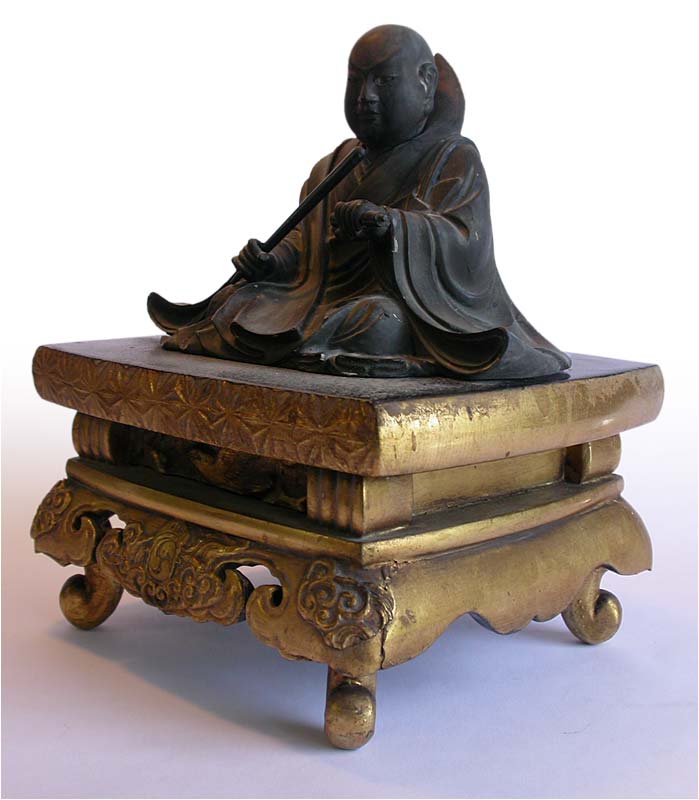 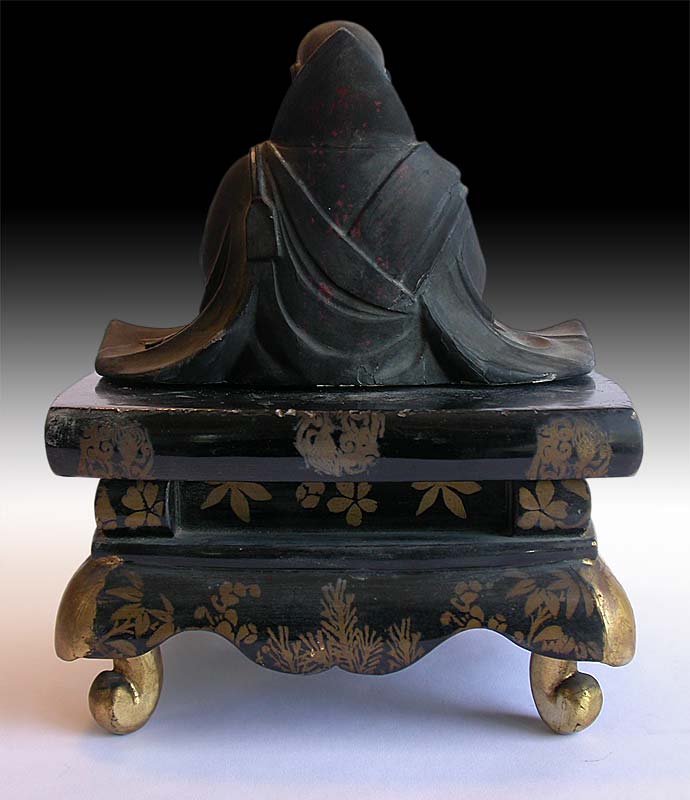 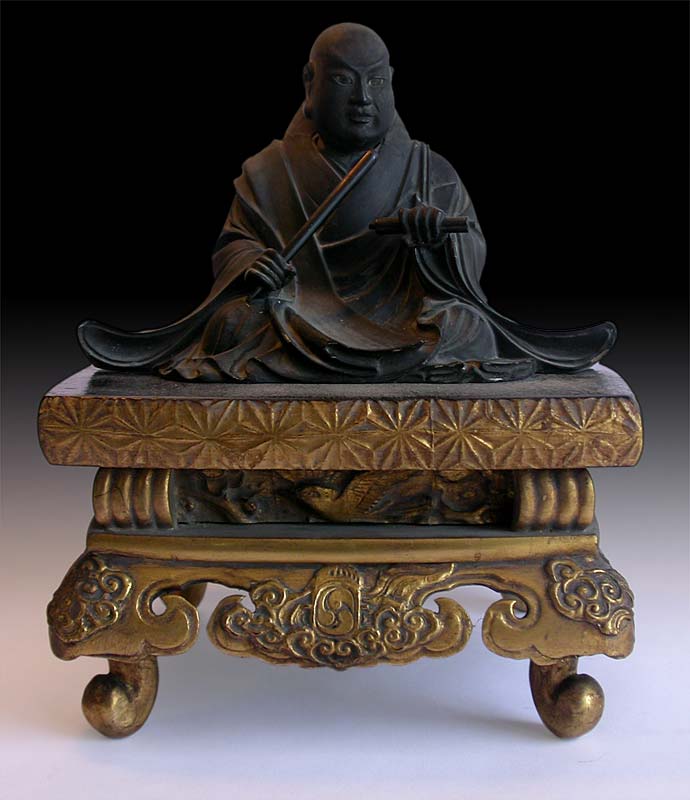 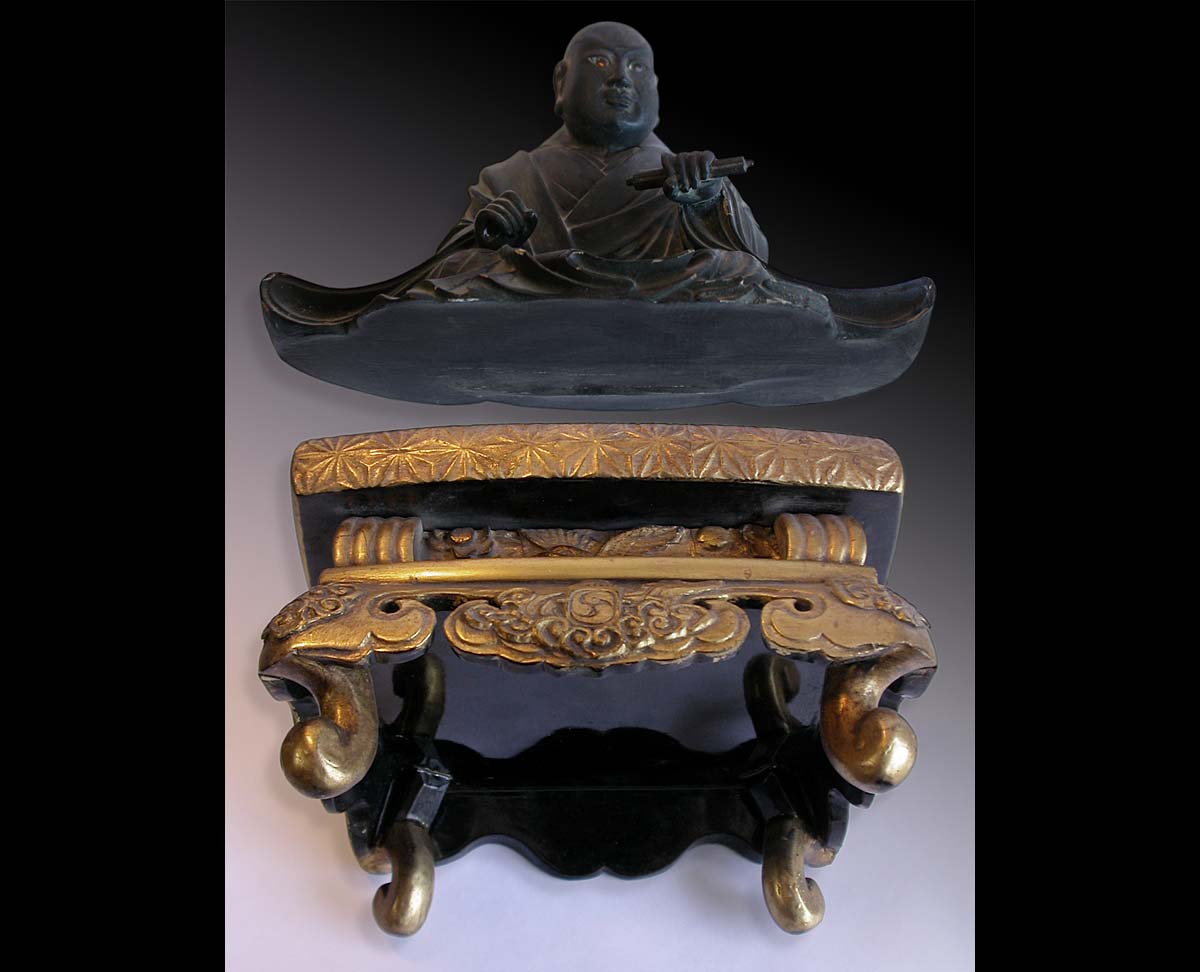 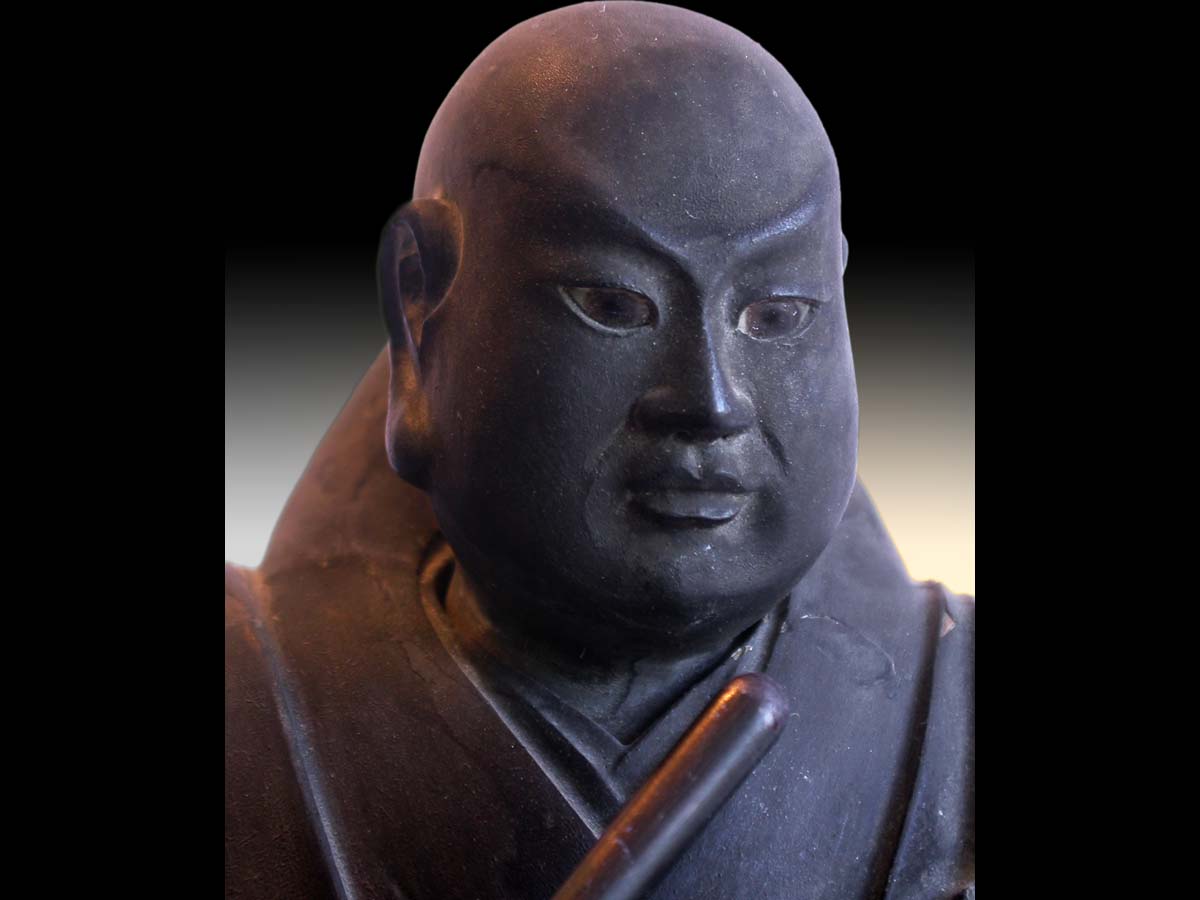 What is deep in our hearts the Buddha must already know. -- The Lotus Sutra