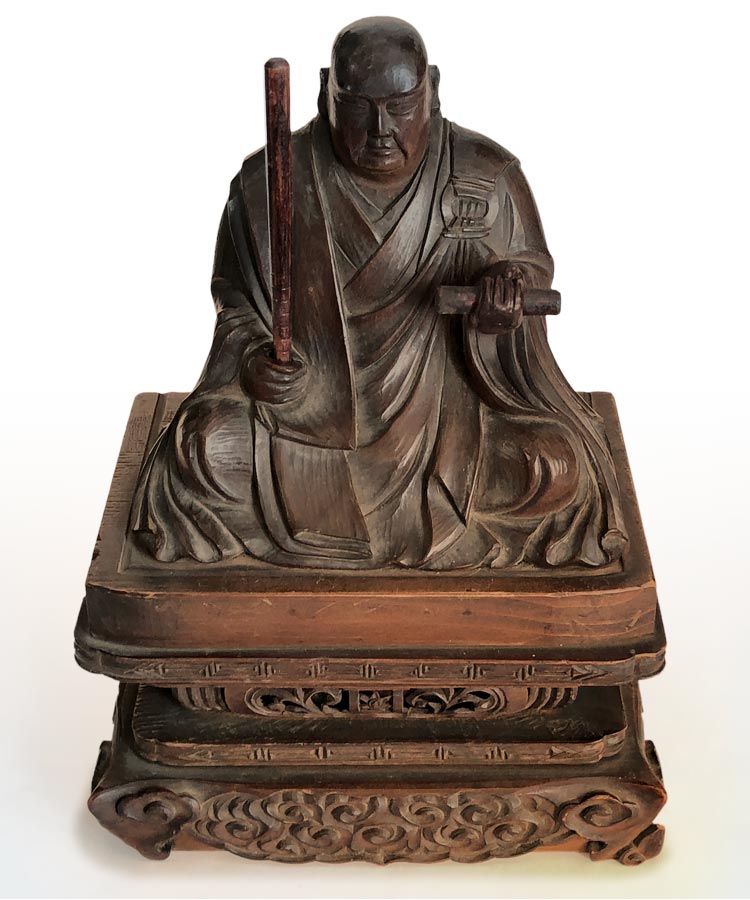 Antique Japanese Bronze Figure Statue
The simplicity of this red pine wood carving is an elegant example of the the Ichiboku-Zukuri technique, in which the round chisel (nata 鉈) markings are left on the surface. Depicting here the Sage Nichiren Shonin 日蓮聖人 is wearing a voluminous monk robe, vigorously seated in dhyanasana above a 6-tiers pedestal with cloud relief and carved through floral motifs; in his left hand he is holding a Lotus Sutra scroll, and in his right hand a Keisaku, as though he is about to strike on the meditator in lapses of concentration. The face of Nichiren is delicately modeled, he appears austere and noble, his serene expression is enlivened with the Sumi ink painted eyes, which seem to look straight at the viewer with an awakening power.

Nichiren 日蓮 was a Japanese Buddhist priest who lived during the Kamakura period in the 13th century. He taught that the title of the Lotus Sutra, "Namu Myoho Renge Kyo 南無妙法蓮華經” is the central mantra encompasses all Buddhist teachings, and its recitation would quickly elevate all beings to attain enlightenment in their present lifetime, no matter what their status and capacity. Today, Nichiren Buddhism is considered to be a branch school of Mahayana Buddhism. It encompasses traditional temple schools such as the Confederation of Nichiren-shu and Nichiren Shoshu temples, including numerous modern lay movements with varying views of Nichiren's teachings and identity, ranging from being the Buddha of the Latter Day Law: Buddha of the Degenerate Age 末法; to the identity of The Primordial Buddha 本仏", and the reincarnation of Bodhisattva Visistacaritra, who attends Gautama Buddha and protects the Lotus Sutra and its devotees. 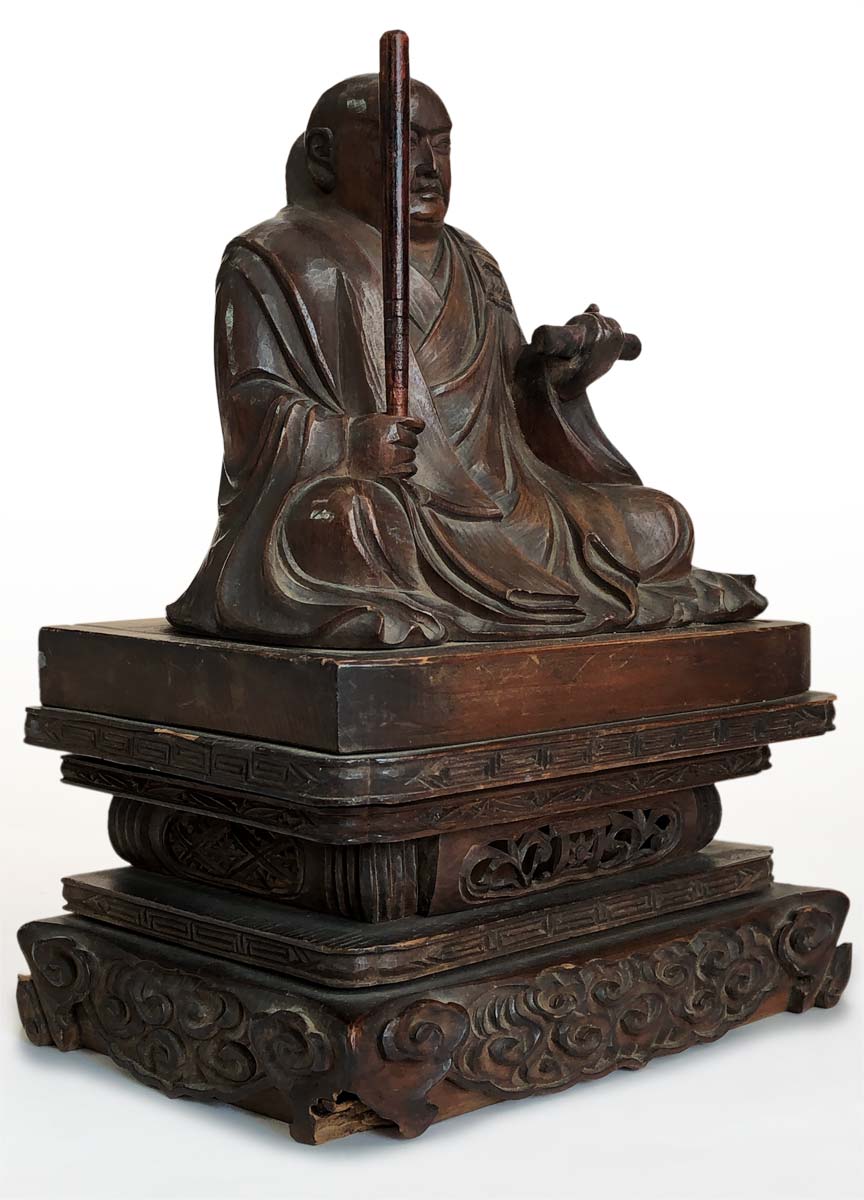 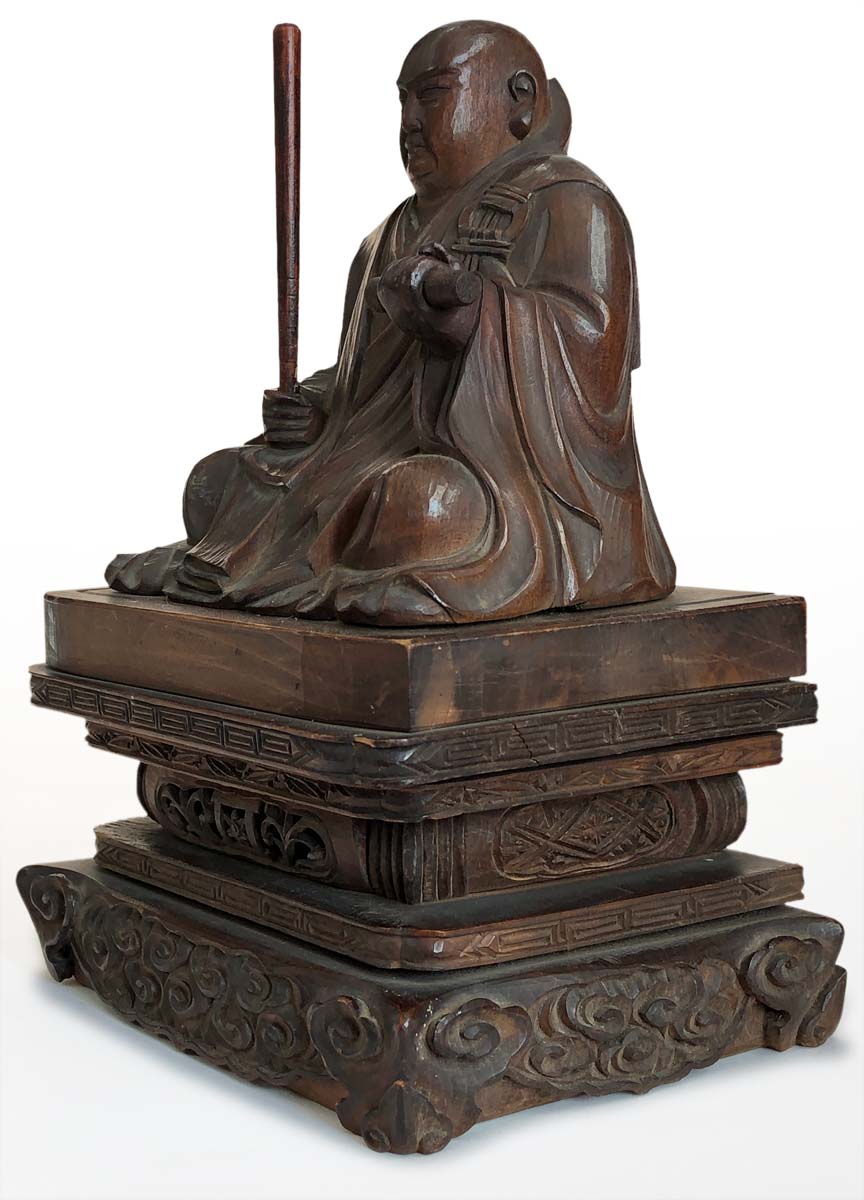 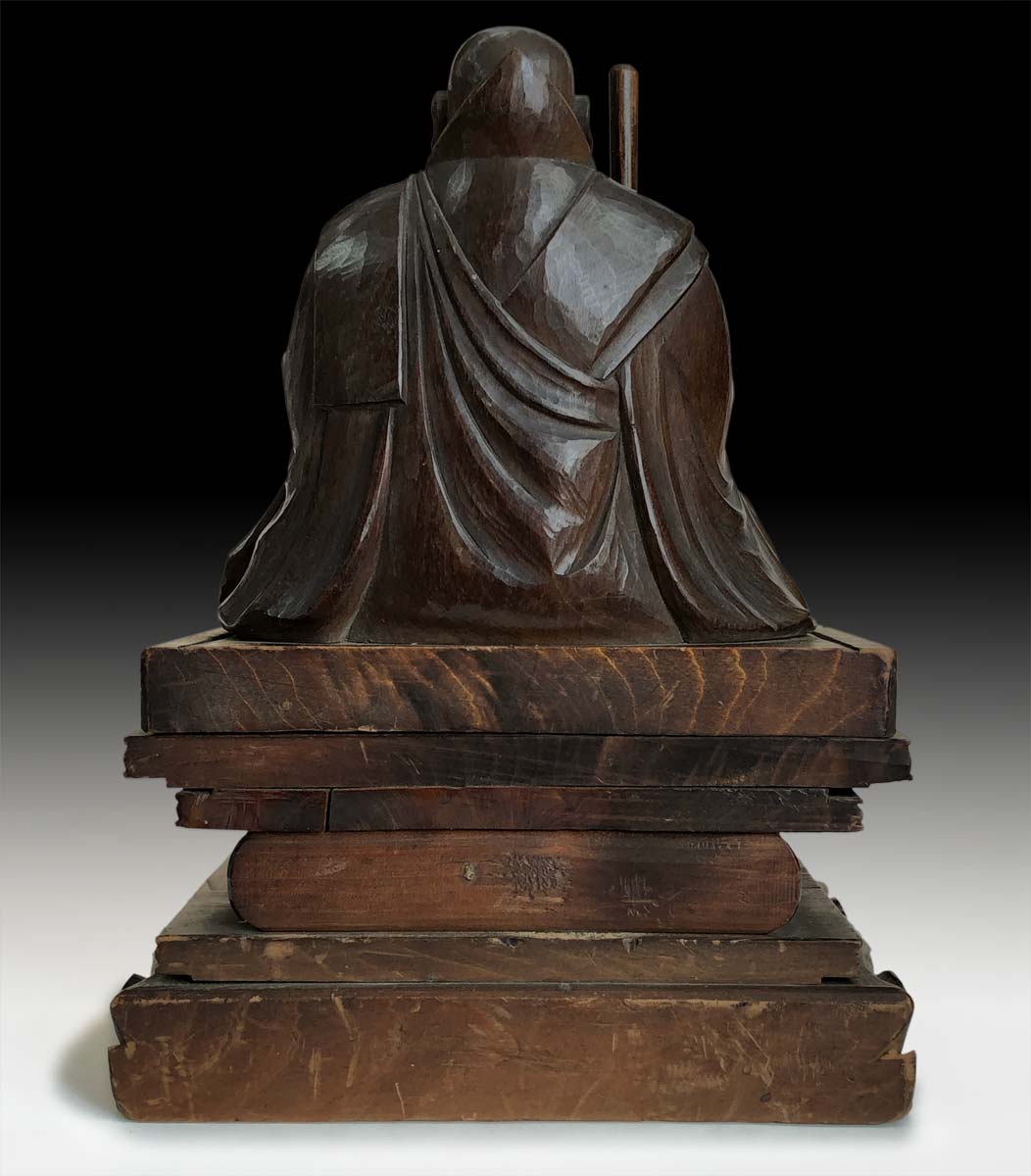 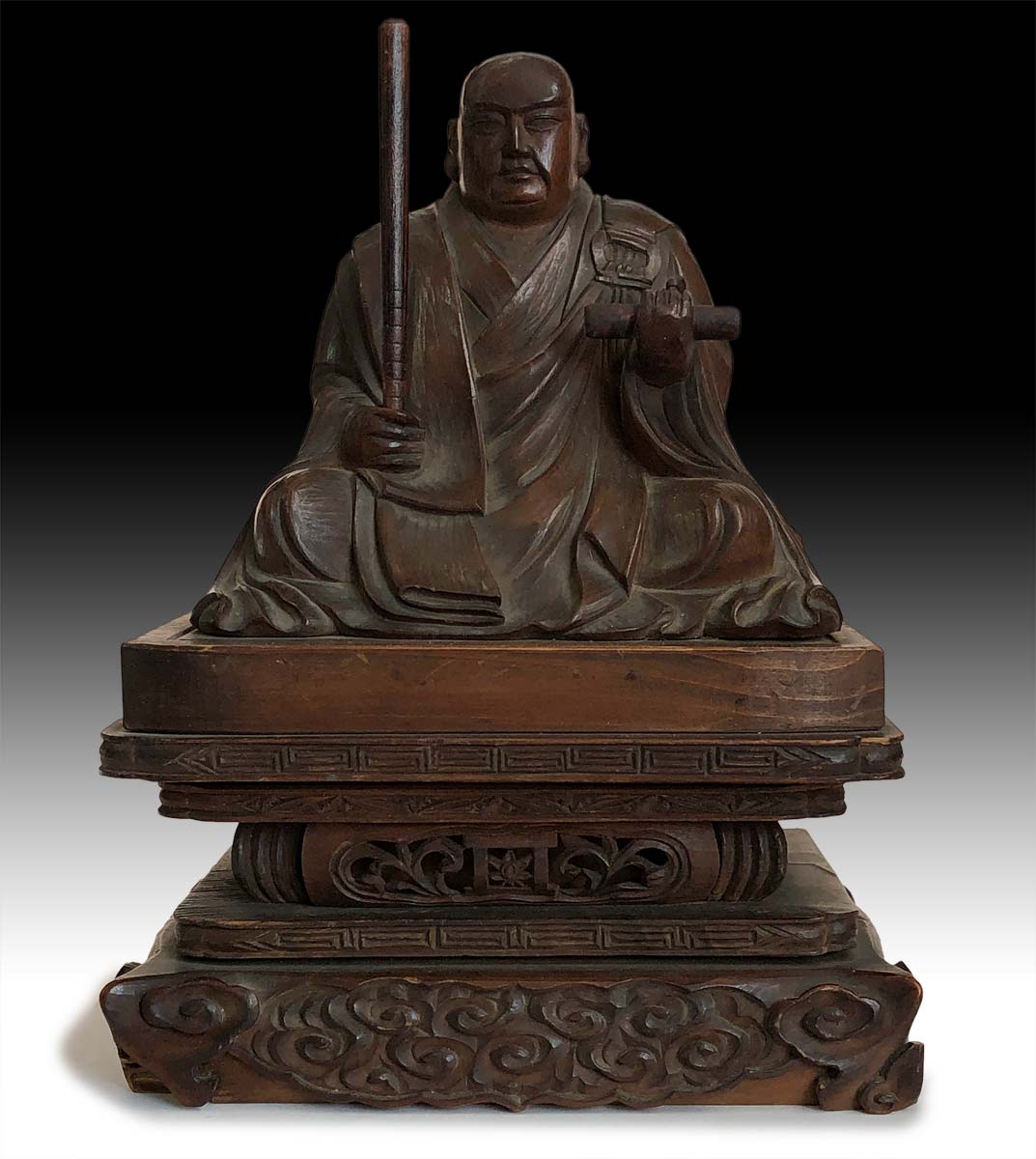 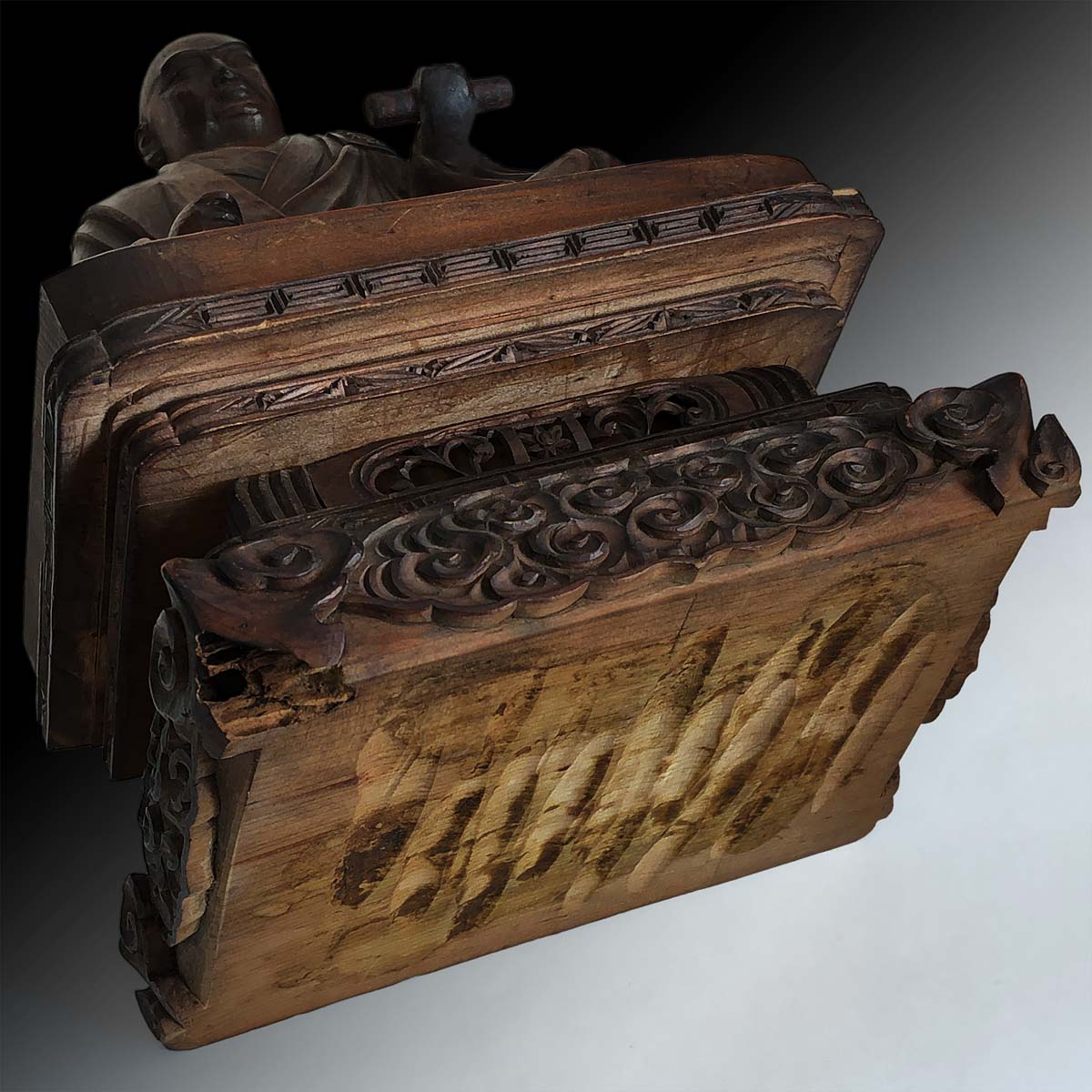 Having no more doubts, I dwell at peace in the dharma. As a skillful means,
I will be a servant to protect and embrace the buddhas’ teachings. --Lotus Sutra