Antique Lacquered Gilded Wood Shrine Statue
Kublai Khan ruled China in the 13th century. He adapted Chinese traditions and made Buddhism the state religion. It is note worthy that in the period preceding this carving, Mongolian tradition preferred cremation for the dead. Since such ritual often done in secrecy, as a result, few Mongolian tombs have been found in China to this day. This wood sculpture of a Mongolian warrior, likely an effigy consecrated with a ritual blessing. Evidently there is a certain ritual offering embedded in the hallowed space in the statue, to which a large wood plug is secured to keep this substance in place.

This bulky Mongol figure is stylistically belongs to the Ming Eras (1368-1644). Though time has diminished much of its former glory; his warrior class is clearly indicated in the clenching fist of his right hand, and the threatening mudra of his left. There are burn marks and extensive gilt loss in the back. The lacquered and painted front is largely intact. This is a rare shrine statue which documented the Mongolian's assimilation in the Chinese culture. 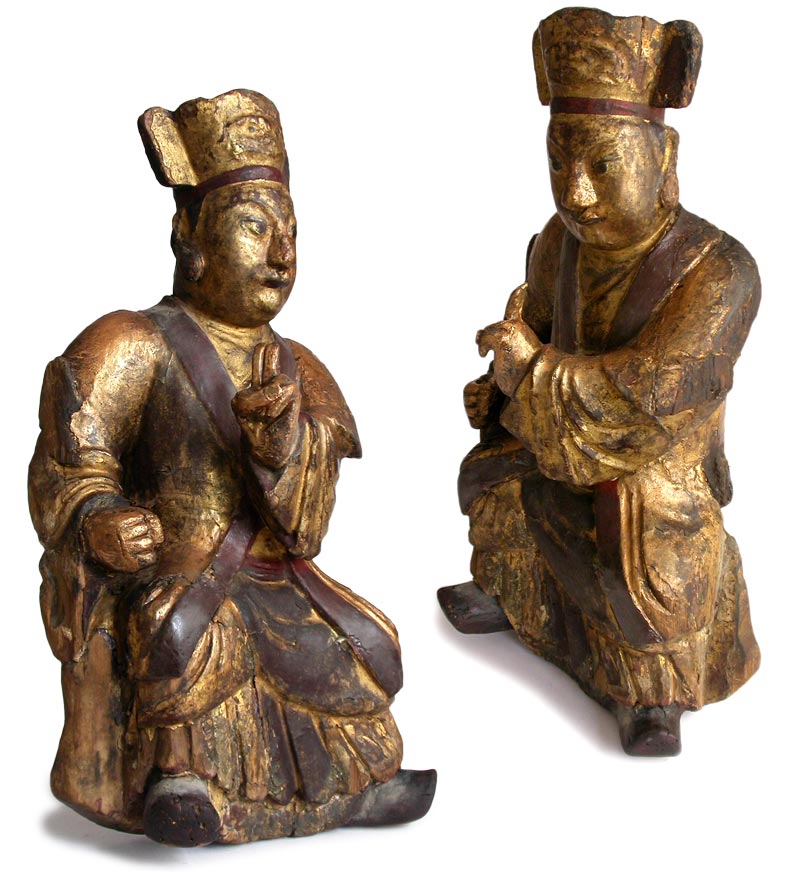 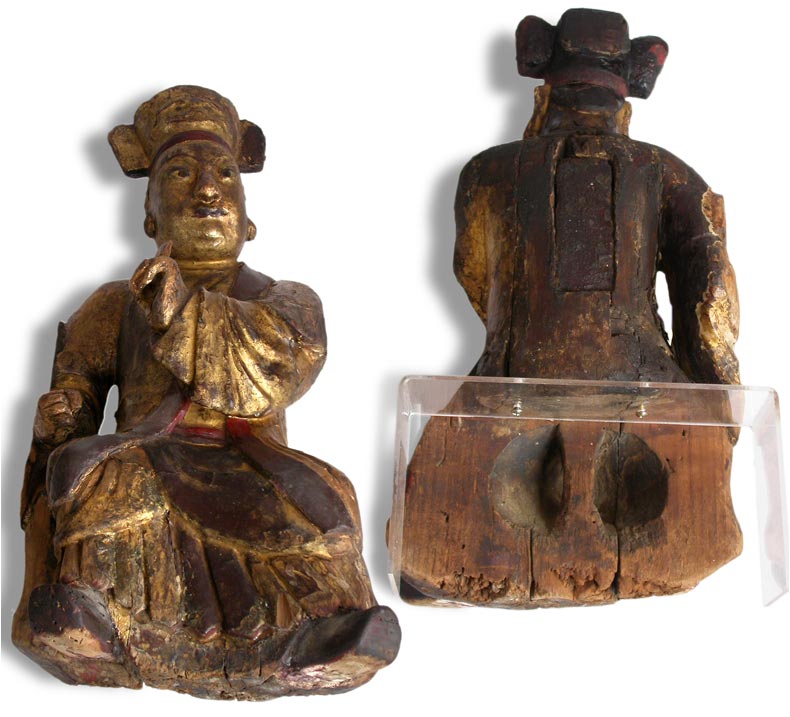 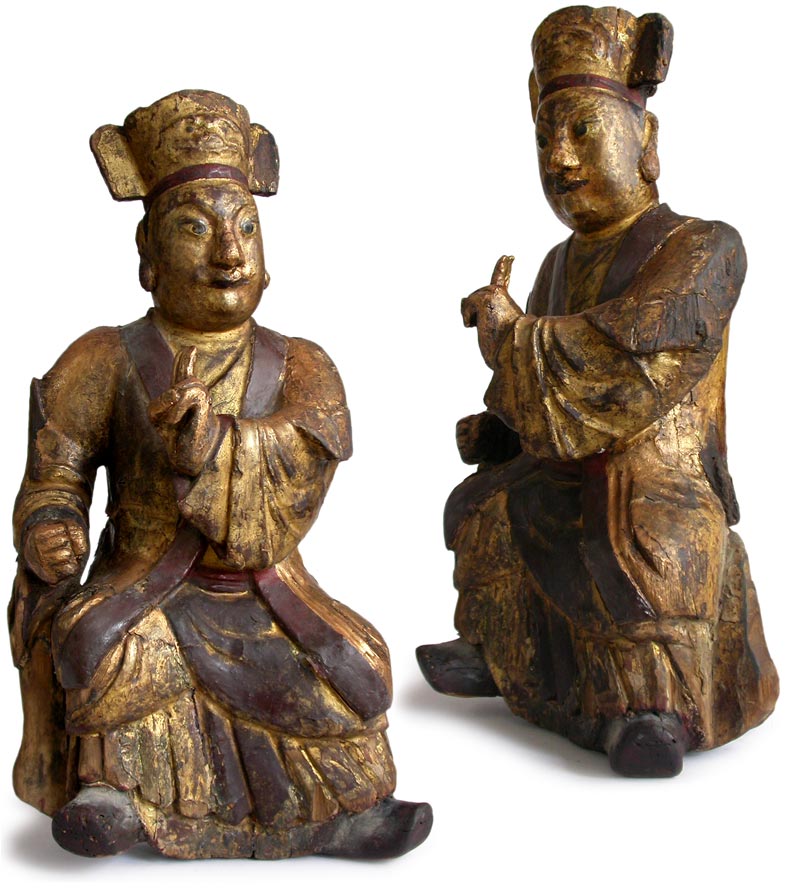