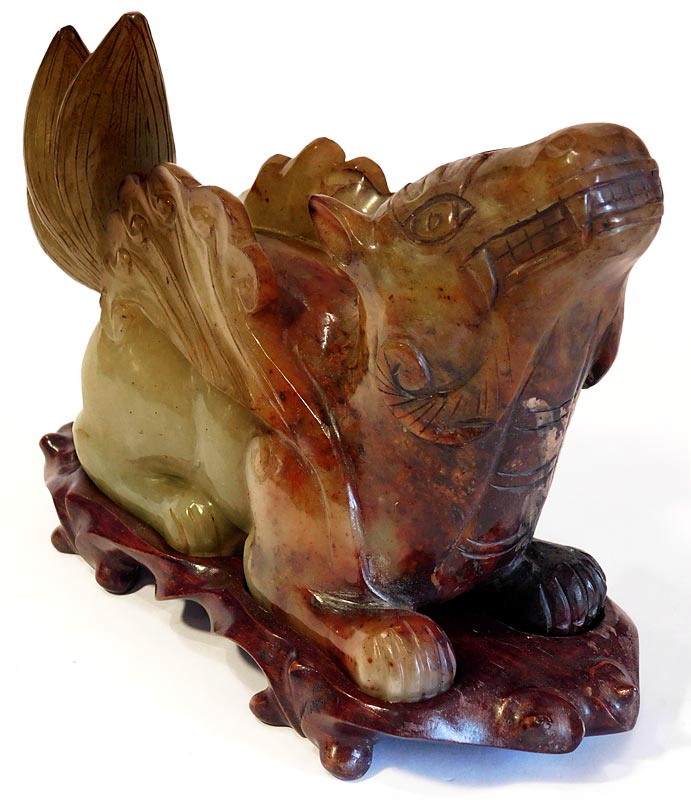 Antique Chinese Hard Stone Carving
A varied color jade growling dog with a snarling head baring four large fangs, its eyebrows are raging tongues of flame, open wings, and a bushy tail raised in three points. The creature represents a mythical Sky-Dog crouching at the foot of his master. In aged light celadon with brown, black inclusions, it has an unctuous sheen and tiny usage nicks that mark its years. There is a tangible, antique quality to this highly collectible jade carving.
In Chinese culture, each lunar year is associated with an animal that represents an astrological sign. It represents the eleventh of twelve terrestrial branches in the zodiac calendar. In Feng Shui, the dog can be placed at the north to north-west as a powerful talisman to repel negative Chi. People born in 1946, 1958, 1970, 1982, 1994, 2006, 2018, 2030 belong to the Year of the Dog (狗年). 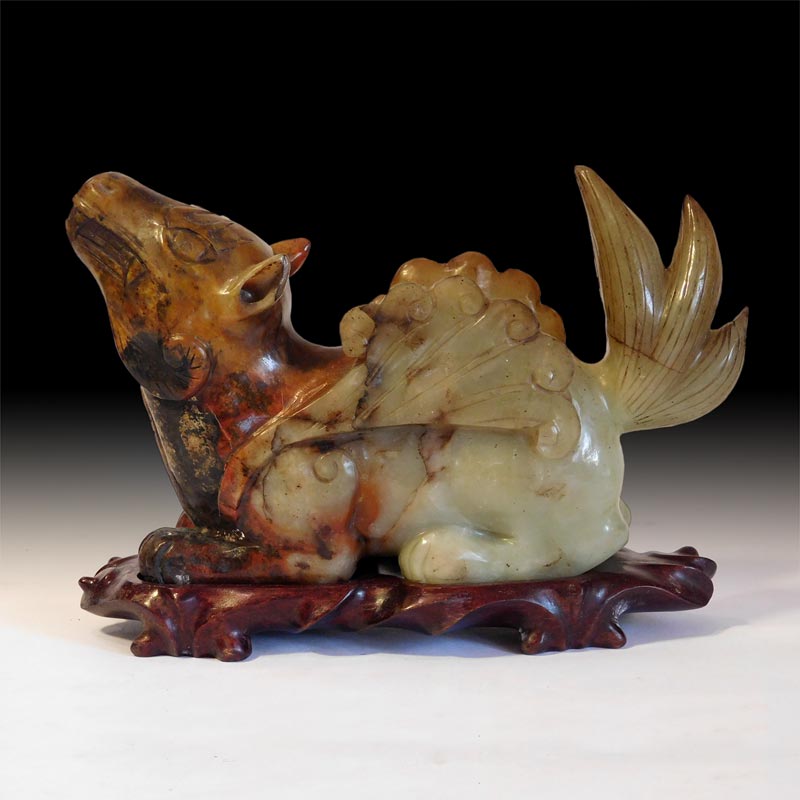 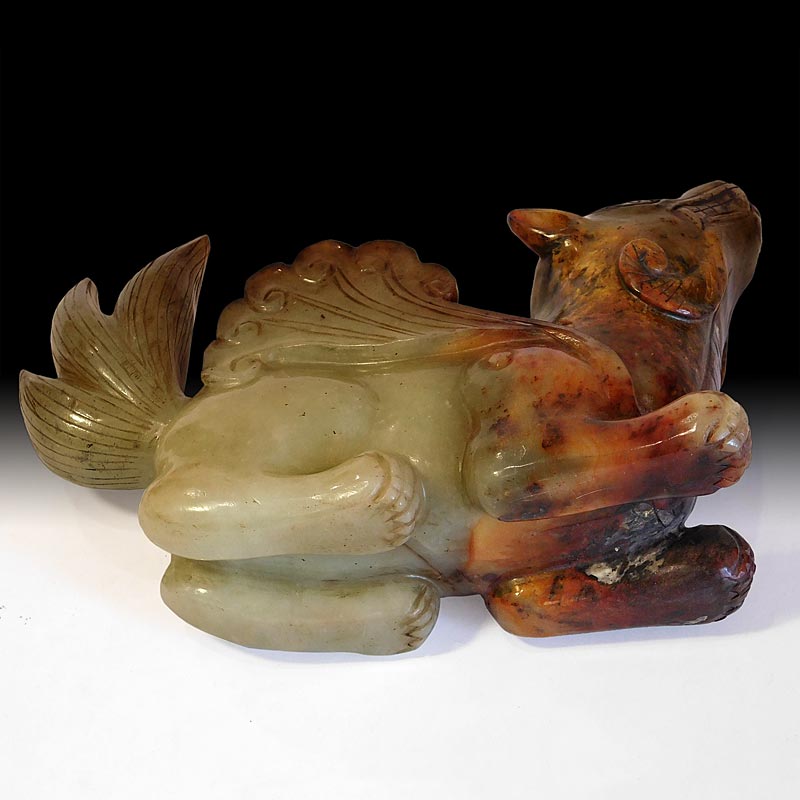 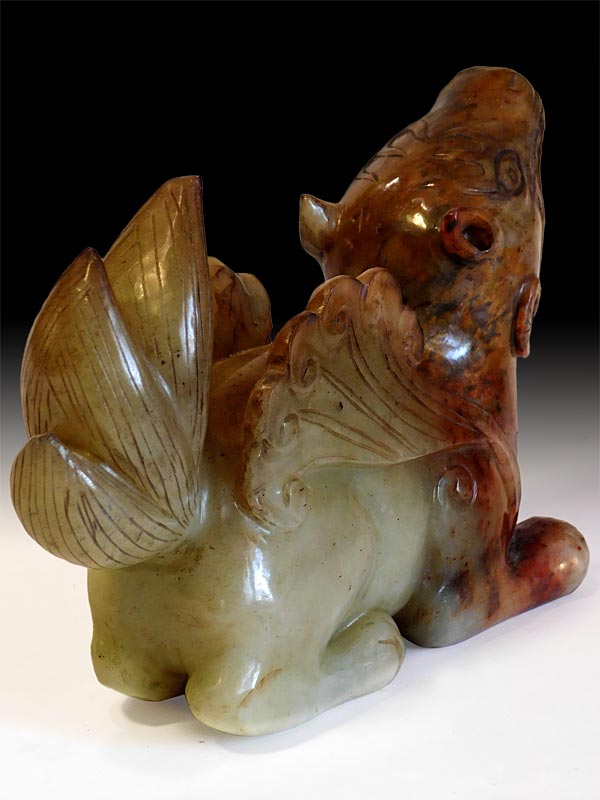 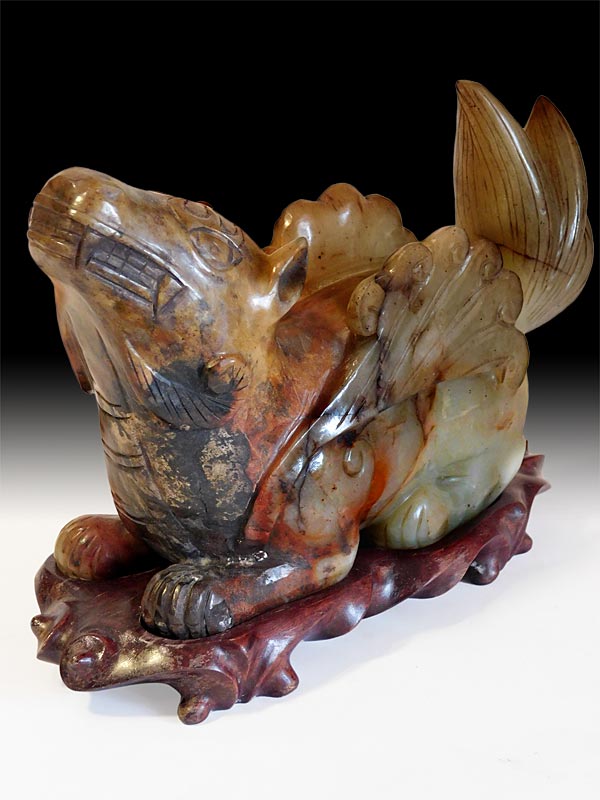