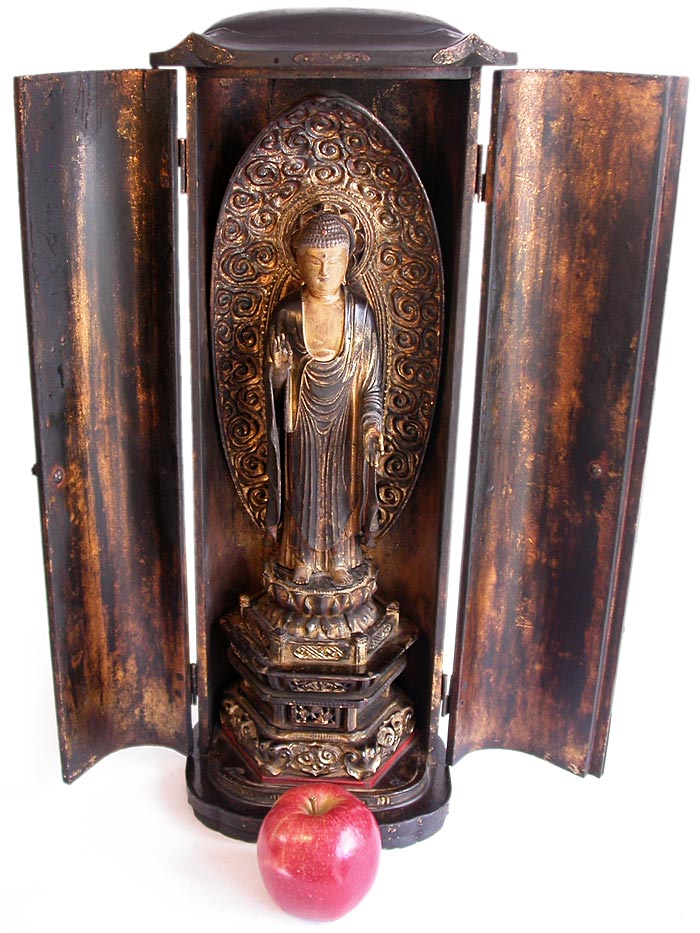 Antique Japanese Carved Butsudan Shrine
What appears to be merely an old lacquered box, when open, the inside of this zushi reveals a radiant wash of gold illuminating a stately golden Buddha. Amida Nyorai is standing atop a five-tiers pedestal with a large golden nimbus. The Buddha of Infinite Light is carved with utmost finesse. It is detailed with parallel arcs of the falling garment in a concentric pulse. His monk robe falls in rhythmic folds, with large draped sleeves framing the imperturbable figure, his right hand displaying the Vitarka mudra, the gesture of discourse. Curving lips and arching brows above inserted crystal eyes, the Buddha's face is broad with full cheeks. As he welcomes all sentients on an open lotus, an infinite space of luminous consciousness in this centuries-old shrine shines forth resplendently.

Buddhist traveling altars and shrines create a sacred space of spiritual magnetism and are the product of dedicated craftsmanship. A single Buddhist altar involves several different skilled crafts: wood carving, painting, metalworking, lacquering, and gold leaf, skills traditionally passed on from father to son. Traveling monks were required to have their prayer tables and other appurtenances, and zushi was made to satisfy their needs. Such compact shrines became quite popular with laity and clergy since the 9th century. 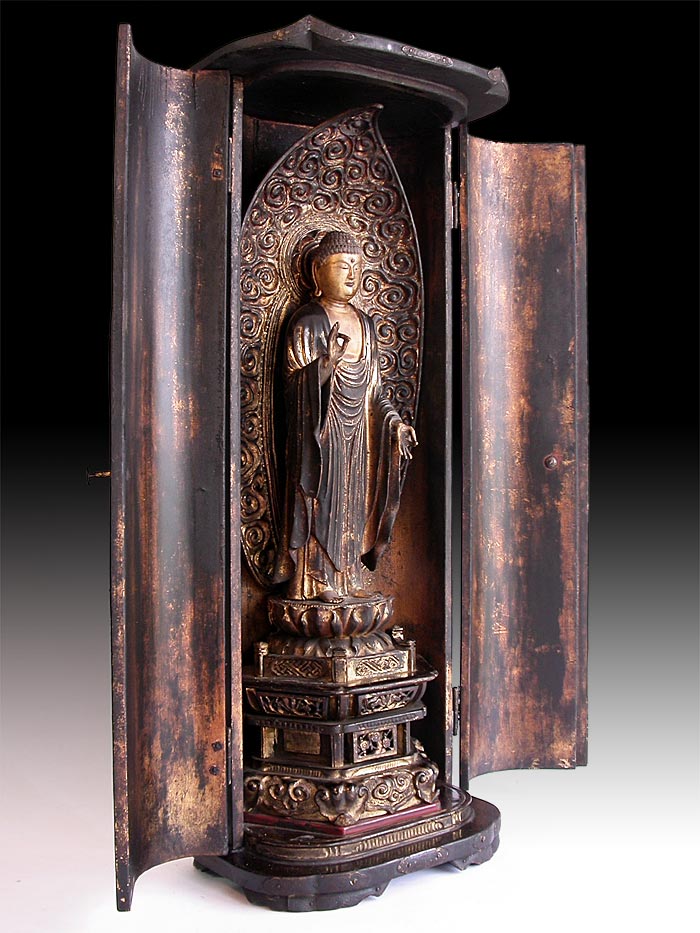 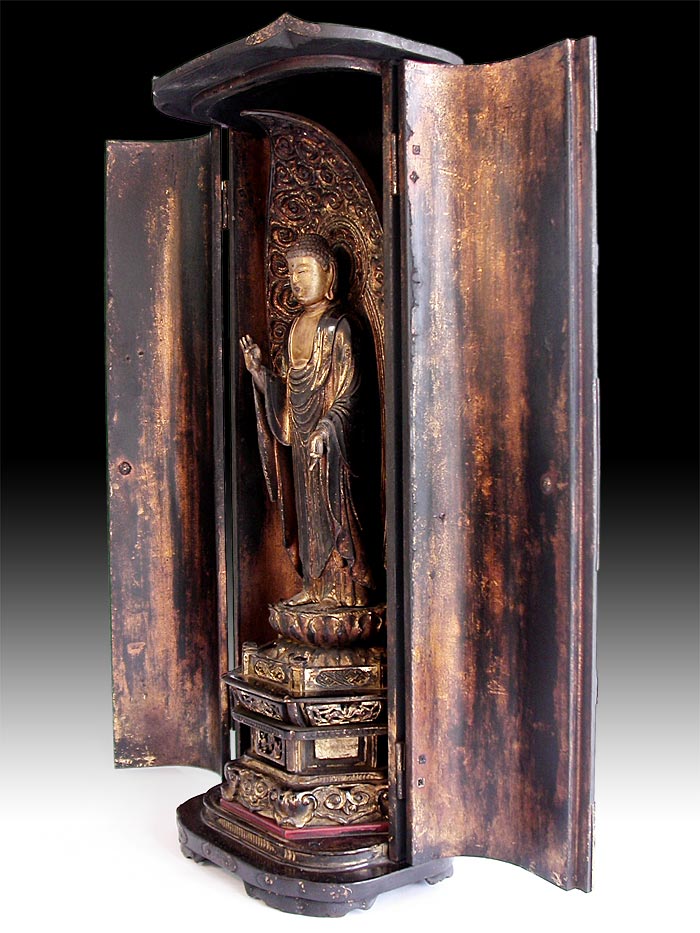 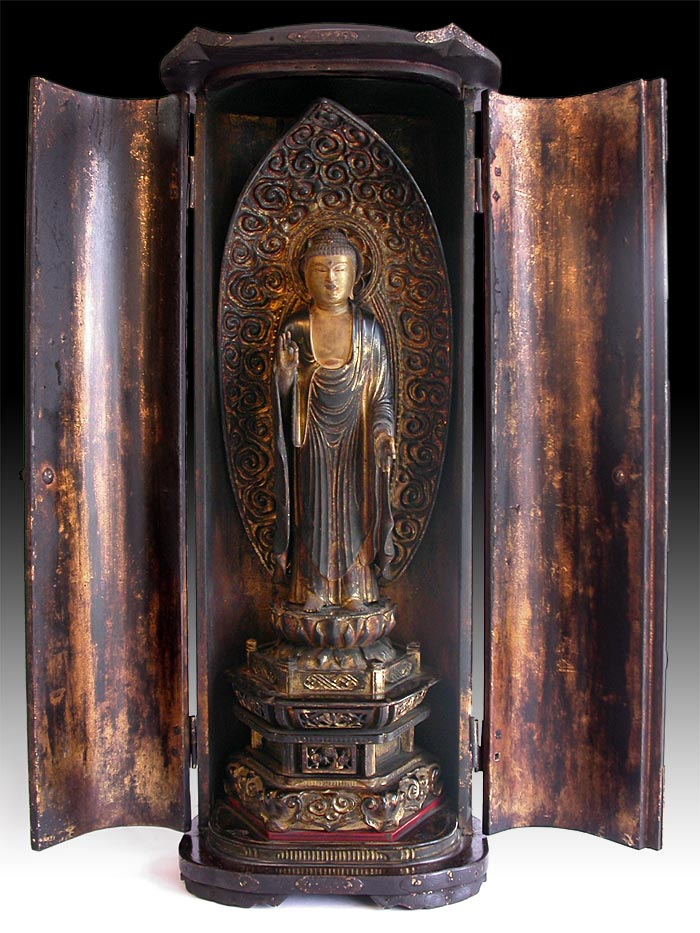 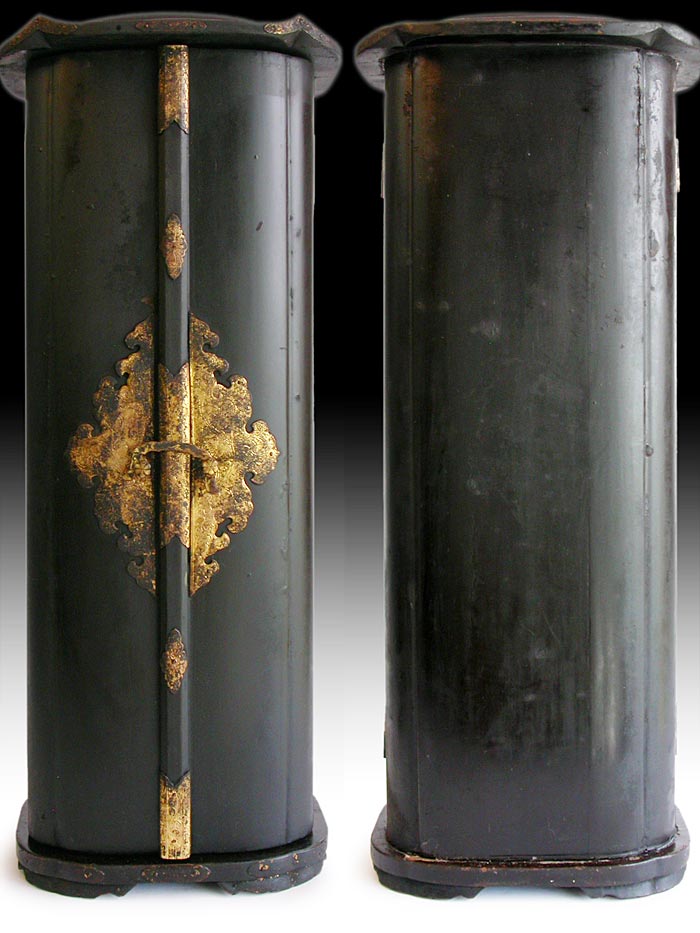 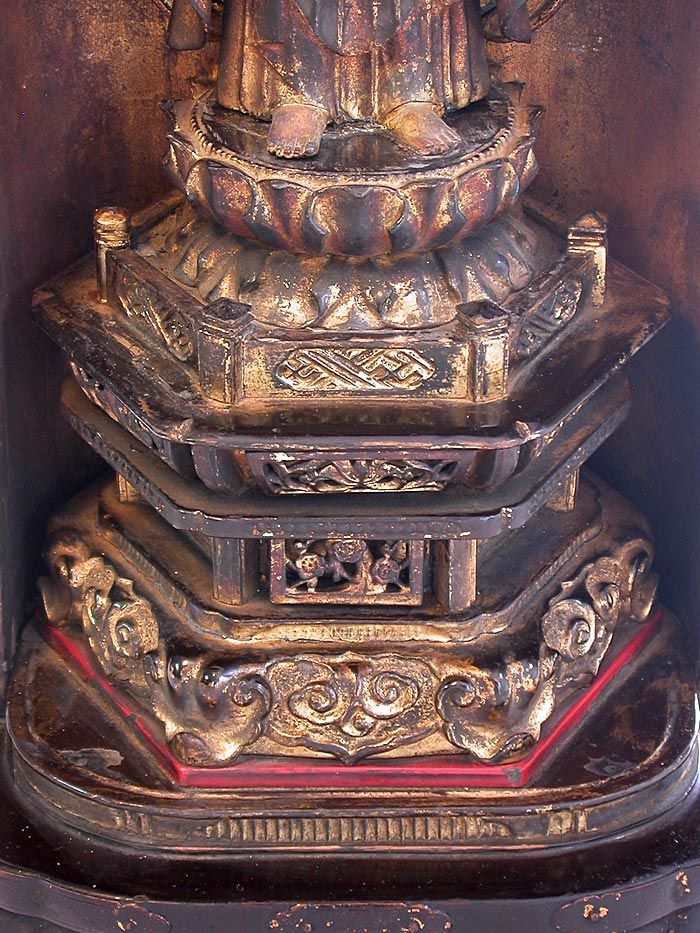 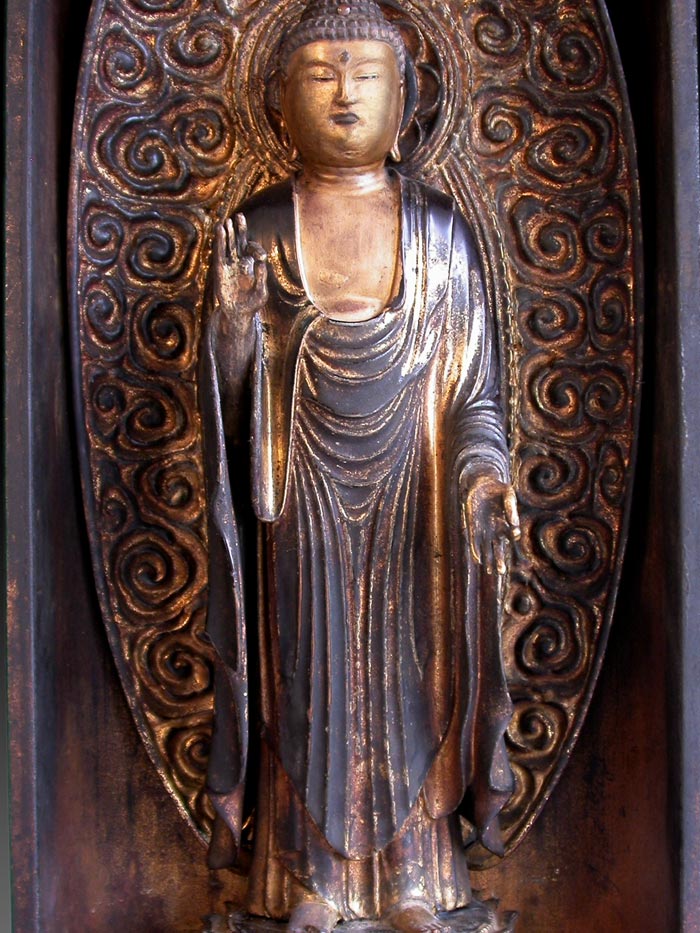