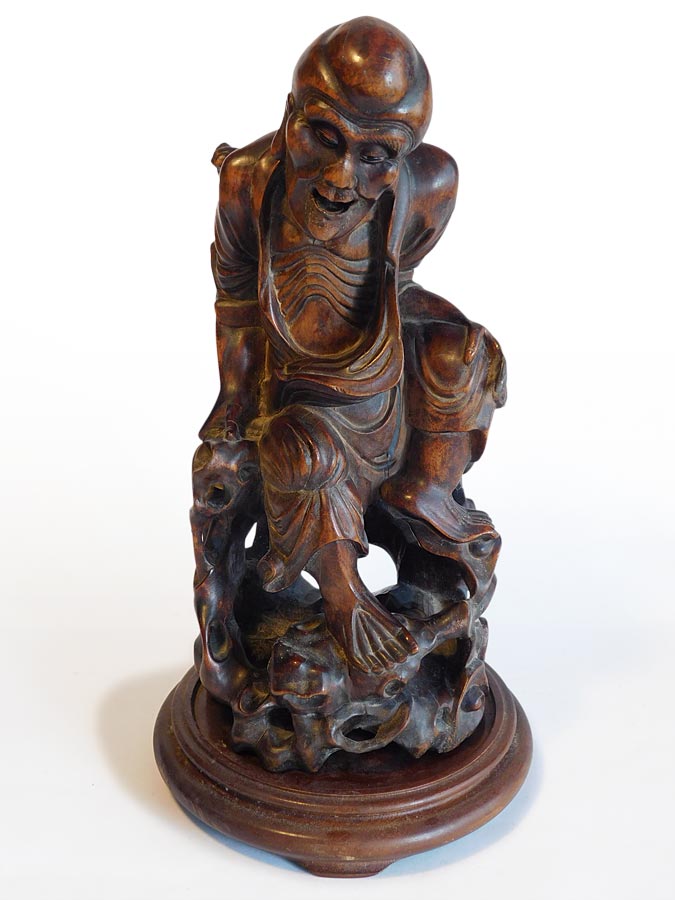 Antique Chinese Boxwood Carving
Carved with simplicity and imbued with the unadorned sincerity for Zen and Taoist practices. Repose above a carved-through root wood stool. This Arhat in royal ease is broad with full cheeks, curving lips, and delicately high arching brows above the large downcast eyes. He has an earthy facial feature, with a subtle expression of contentment. A string of mala beads in his hands. In contrast with the strength and vigor of the figure, parallel arcs of his falling garment create a gentle rhythm that compliments the imperturbable stability. The carving has a rhythmic composition that unifies the work with softness and lightening the effect. Beyond artistic excellence, the aged dense grain, tiny age cracks, and unusual markings on the rich golden brown hardwood seem to conjure the force of time in this delightful carving. 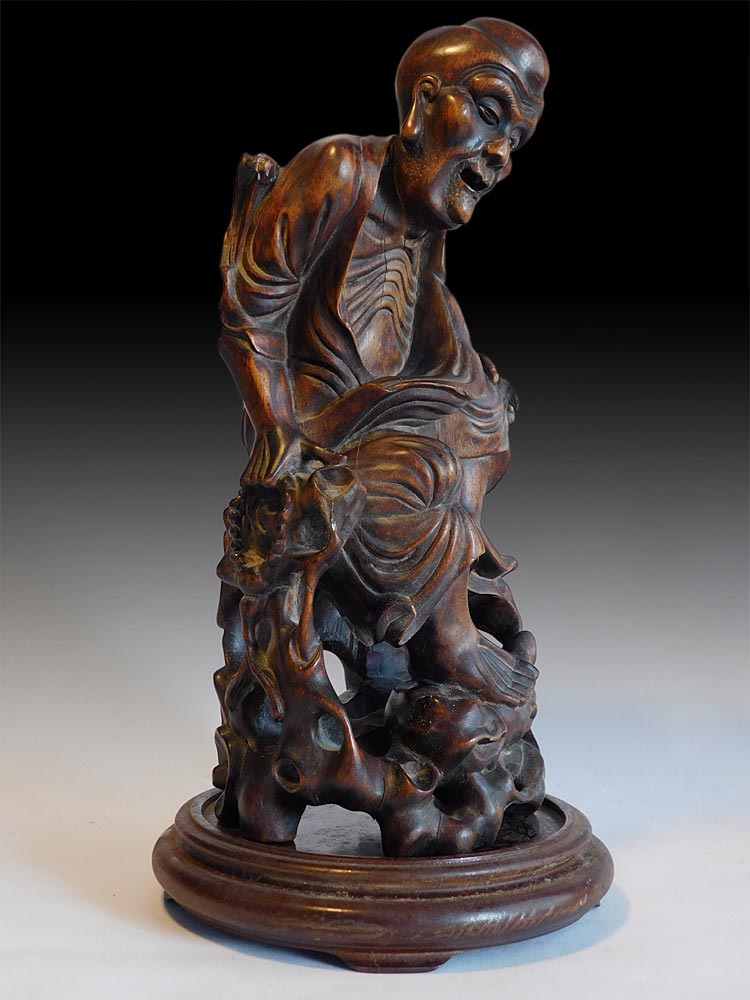 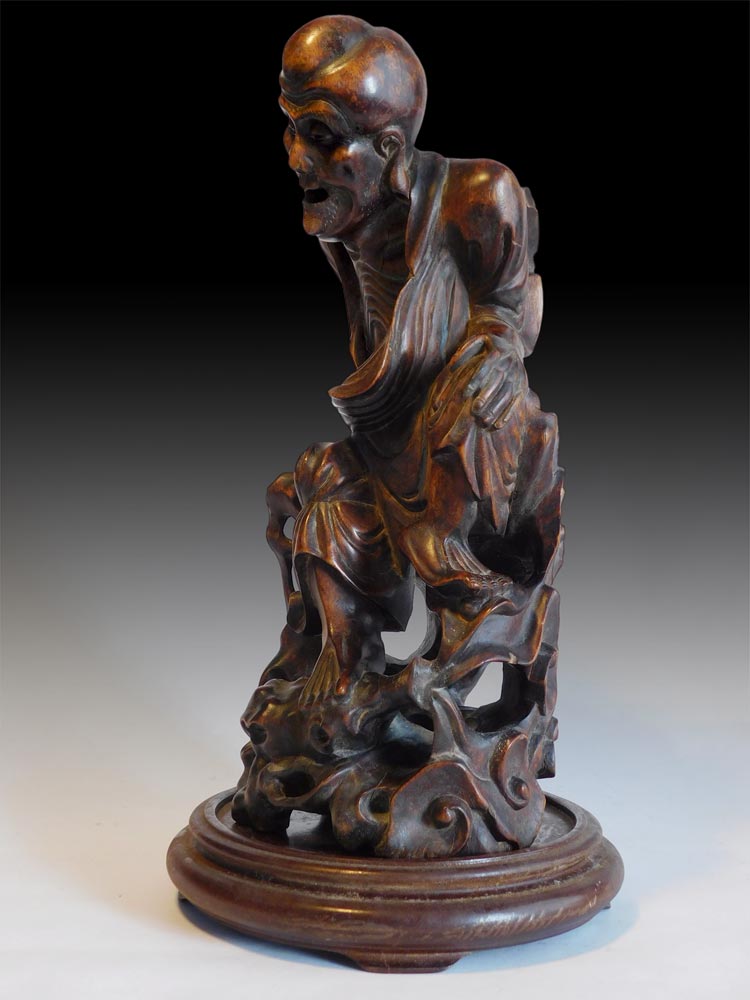 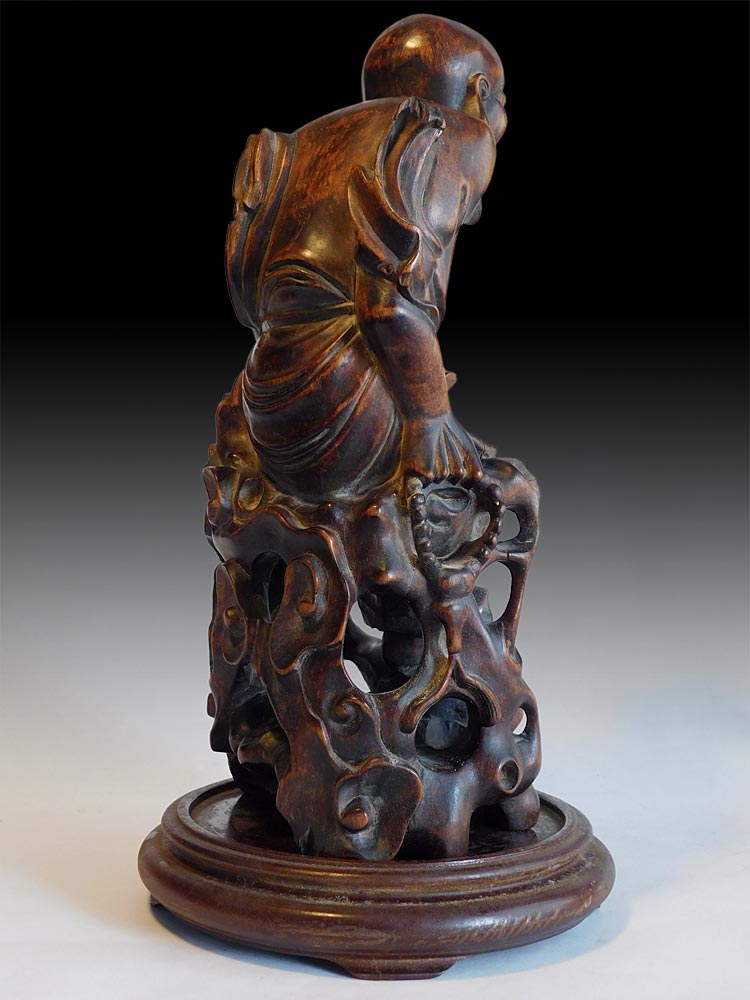 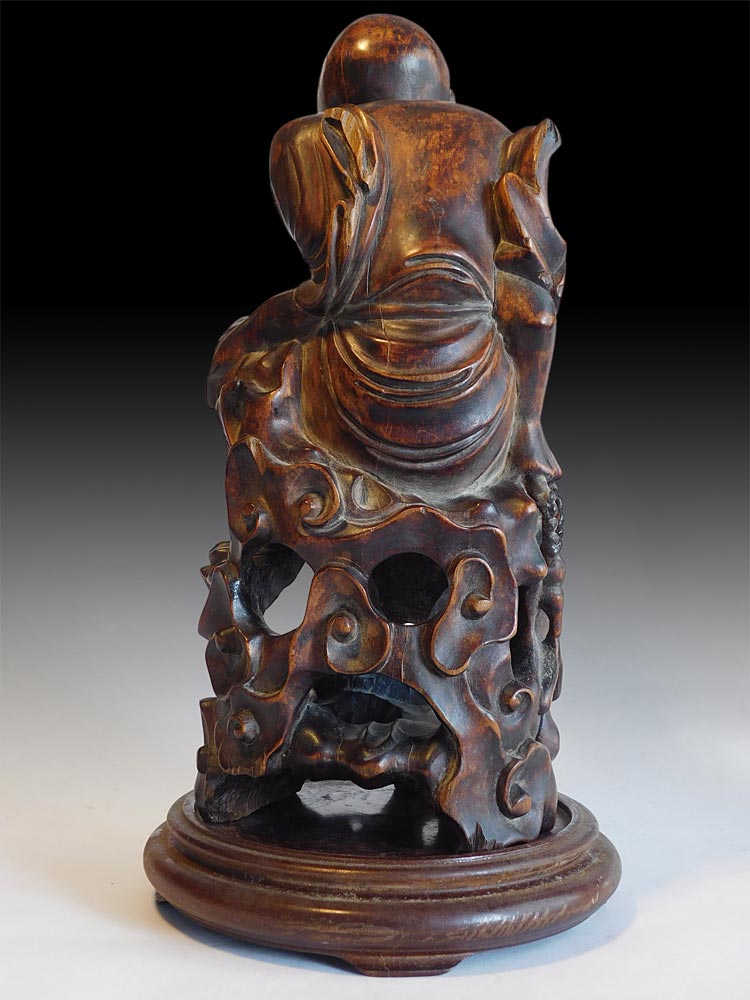 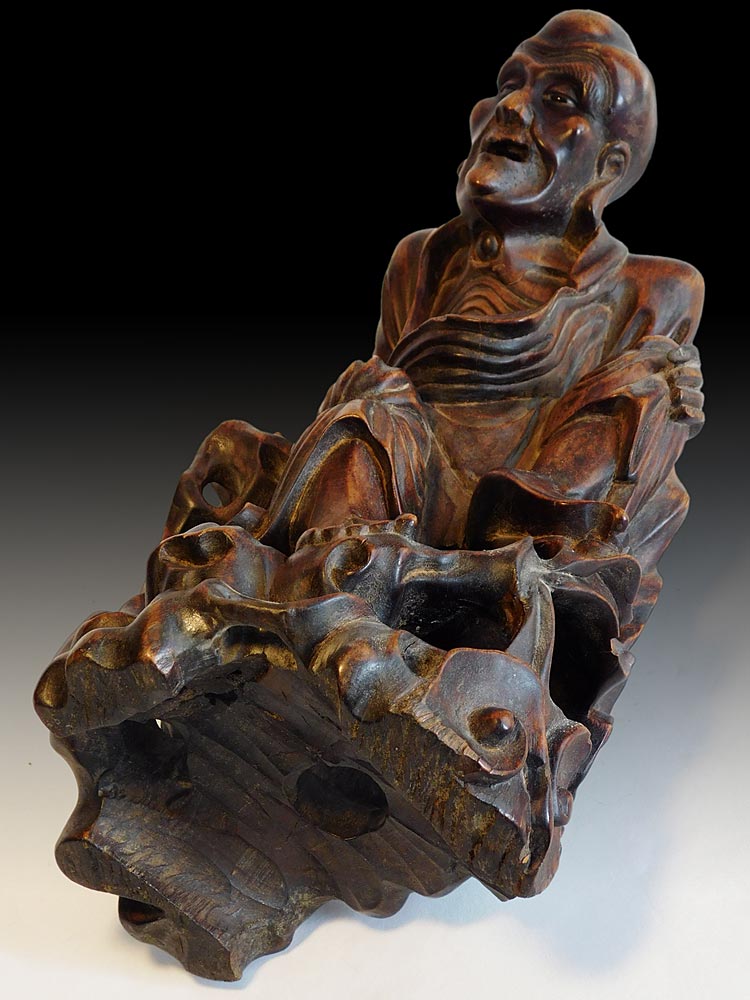 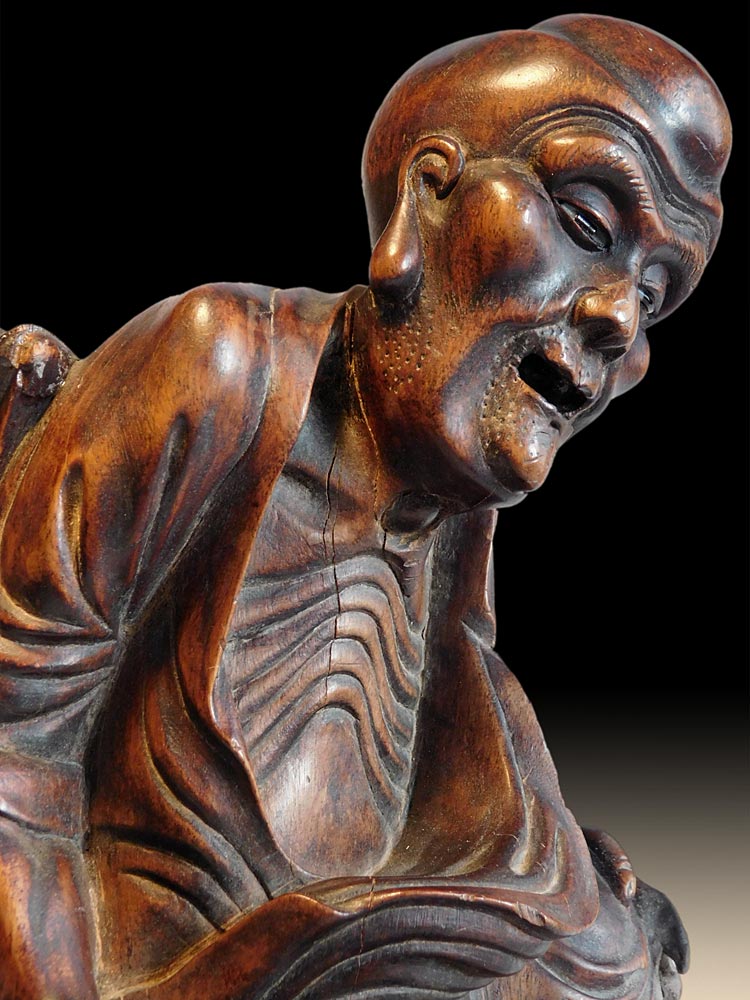 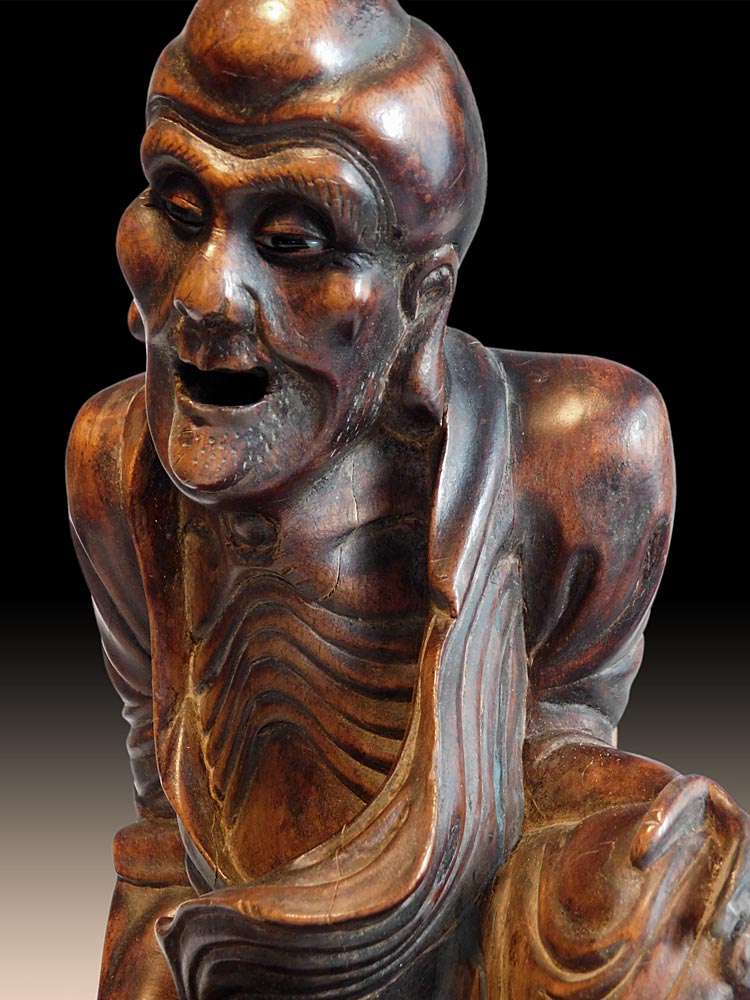