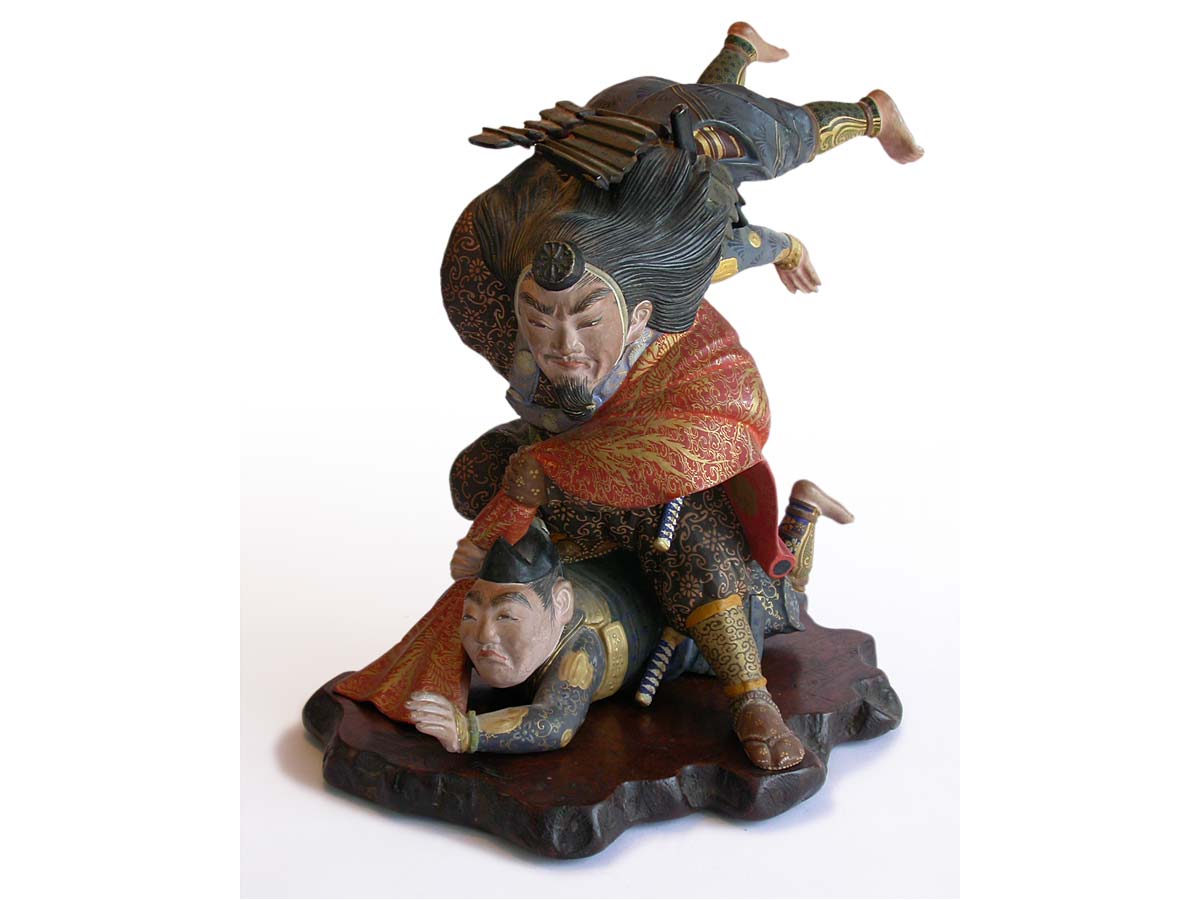 Antique Japanese Paper Mache Toso Ningyo
AA superb antique Japanese Toso Ningyo of Saito Musashibō Benkei (西塔武蔵坊弁慶, 1155–1189), the mighty Yamabushi samurai who lived in the latter years of the Heian Period (794–1185). He is commonly depicted as a man of great strength and loyalty. A popular subject of Japanese folklore is showcased in many ancient and modern literature and arts.

Formed with Toso, a clay-like substance made of paulownia sawdust and paste, over a wooden or paper mache core and covered with layers of Gofun (Oyster Shell Lacquer). In this peerless Ningyo sculpture of Benkei wrestling with two samurai. The warrior monk is forging ahead, at the splitting moment of throwing a crying samurai over his shoulders. At the same time, his right foot is trampling on the back of a samurai who has fallen to the ground. The sculptural composition is dynamic and sweeping with force. The facial features of Benkei are sculpted with dignity, showing a countenance of resolute power in command of the conflict. All three figures are delicately painted in polychrome florals and gold motifs. The characterizations are realistic and intricate, virile with a lighthearted approach. It radiates a soft patina of ages and an aura of timelessness reflecting the gem-like opulence of the Meiji era - when Japanese Ningyo dolls first recognized to be in a class of its own following the 1900 Universal Exposition in Paris - as shown here in this exemplary find. 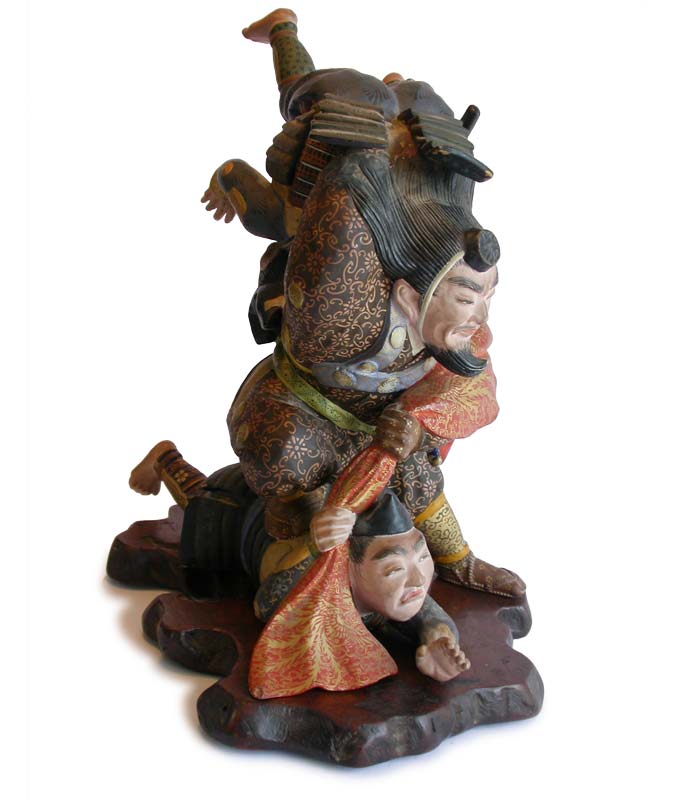 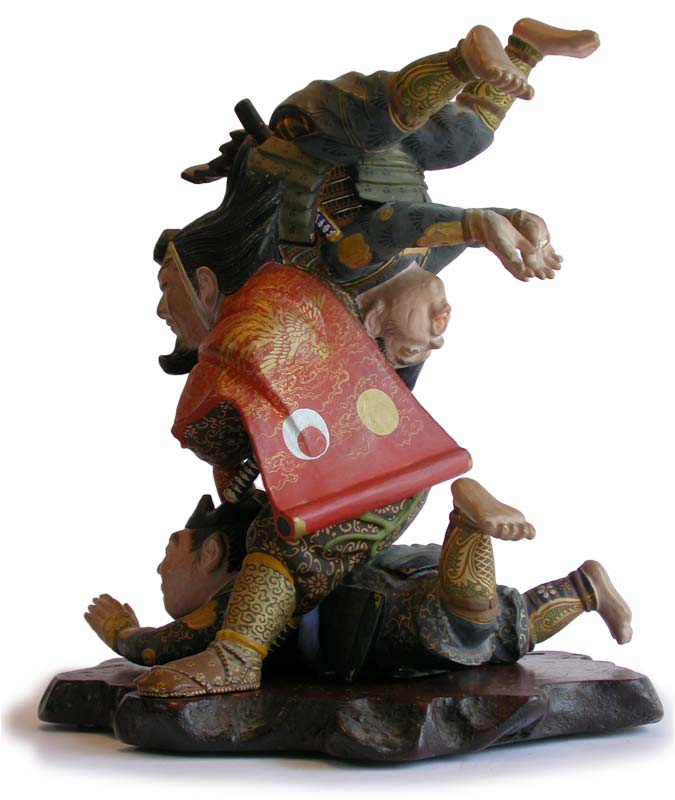 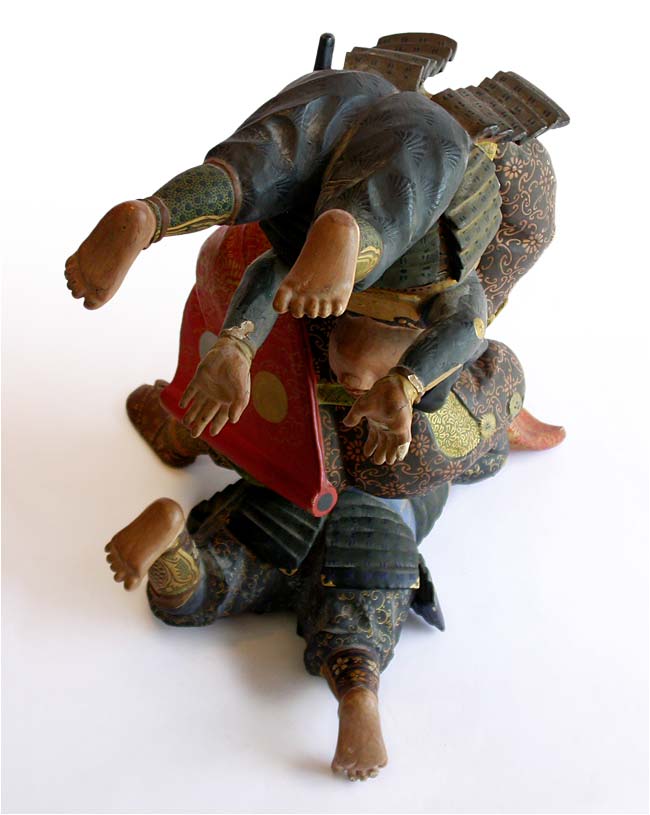 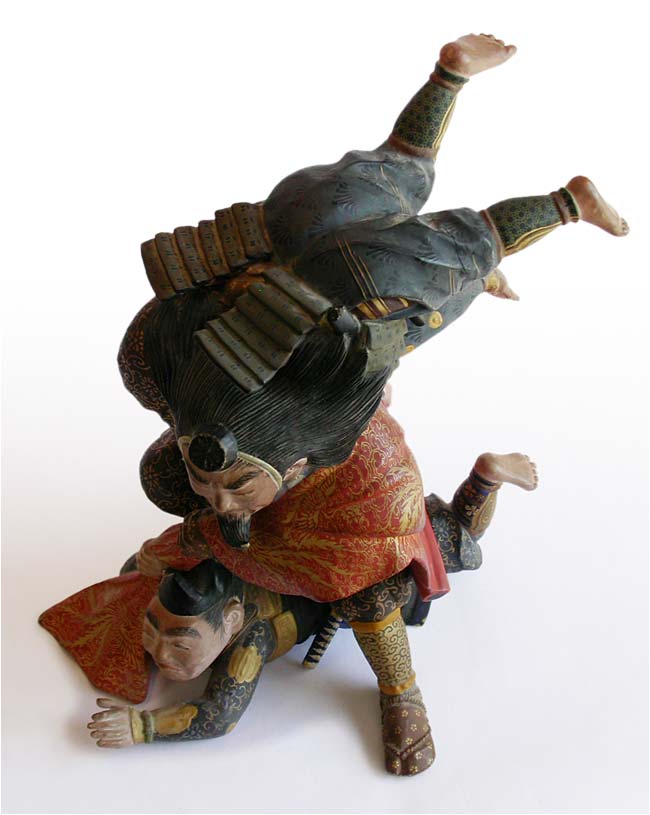 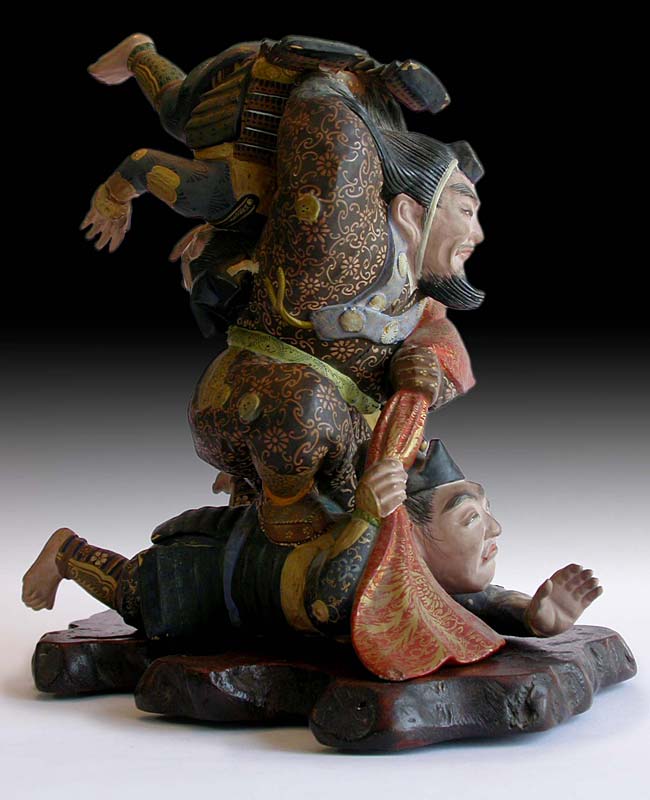 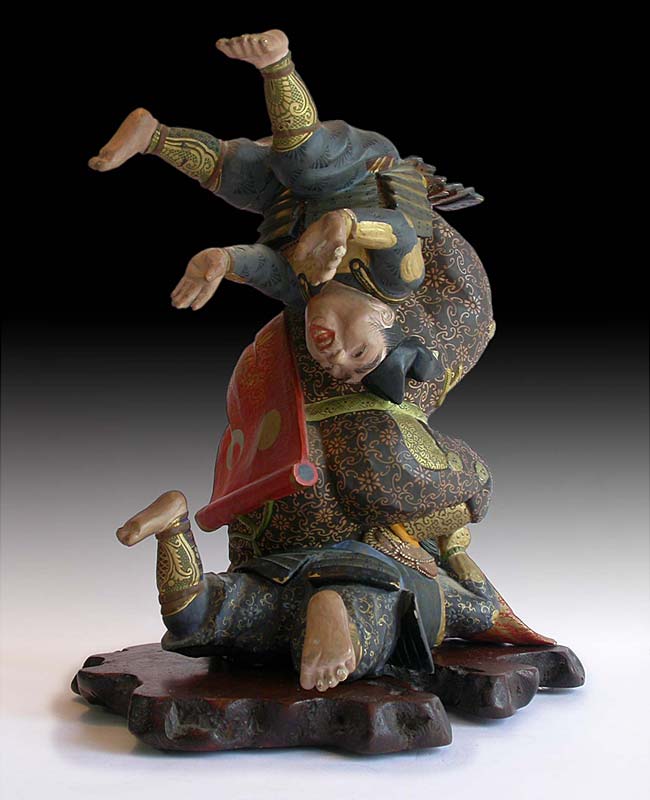 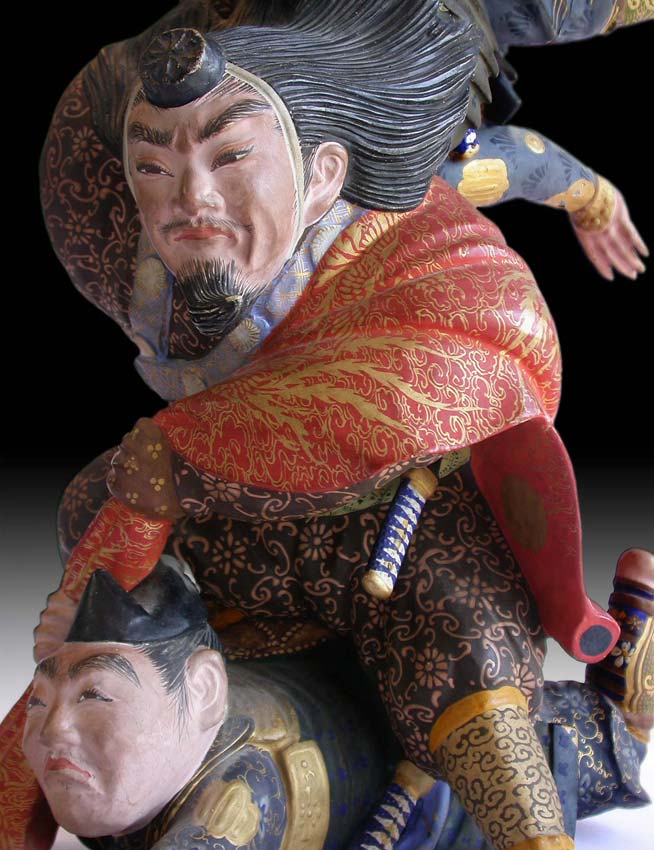