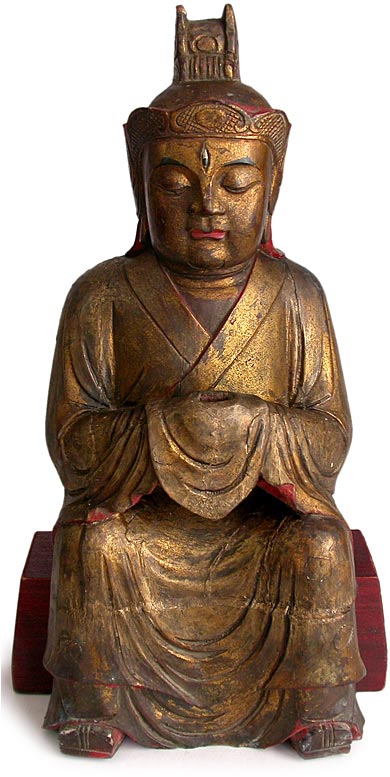 Antique Hollow Joined Block Gilt Wood Deity
A rare Three-eyed Taoist Deity in warrior helmet, serene moon face with eyes downcast in meditation, hands hidden in long-sleeves and holding a scepter. The main body and the portrait-quality face are in very good condition, the lacquer on his back is aged to a dappled softness. There are a few minor splits and a restoration near his knees. Although the identity of this deity is unknown. As indicated by the size and gesture of the statue, he was likely worshipped in a small Taoist temple.

The technique of joined block wood carving is generally seen in Japanese Buddha statues; which made this Chinese carved wood Deity a rarity. Chinese wood carvings in the 19th century were often applied with stucco for the first layer, then painted with black and red lacquer, and sprinkled with a finish layer of powder gold dust. 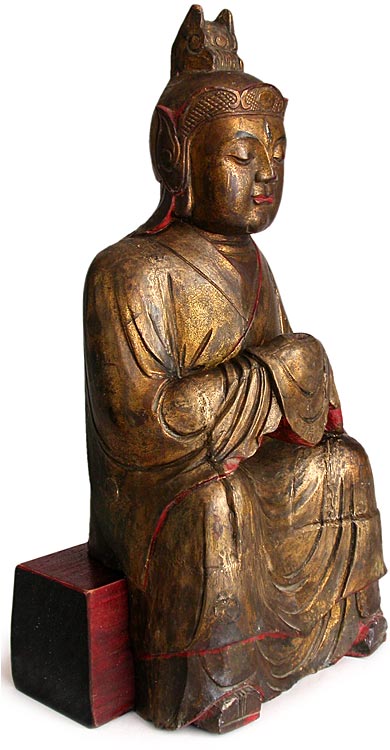 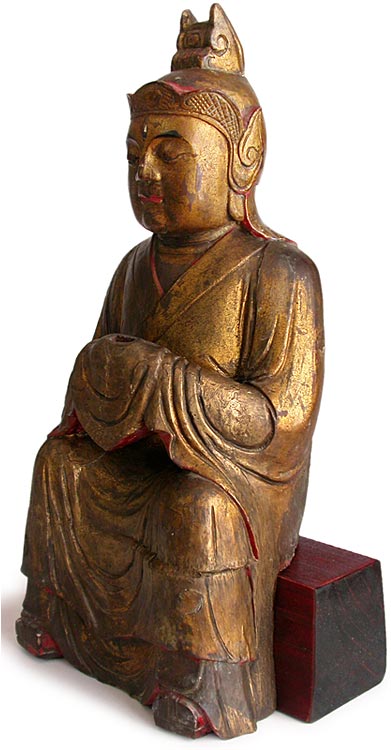 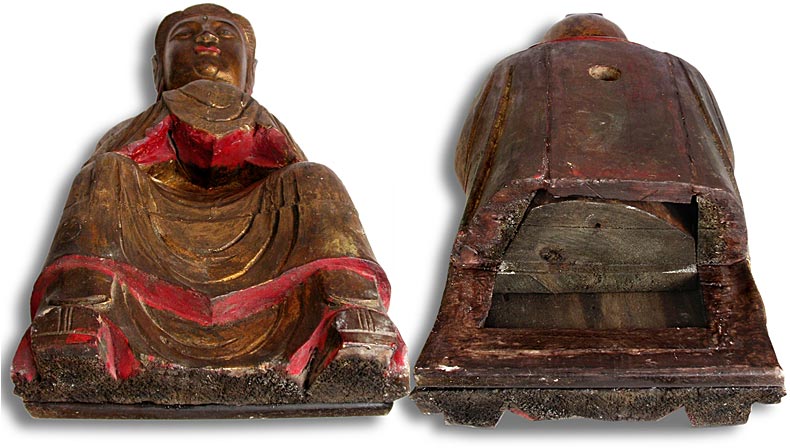 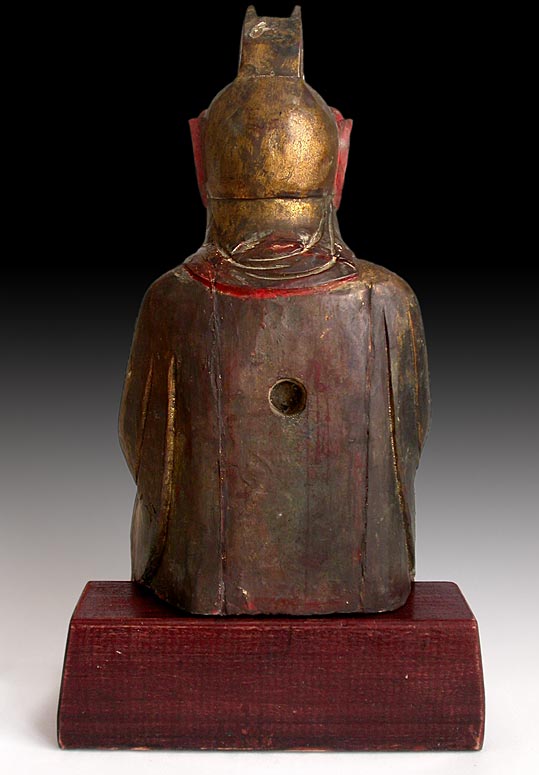 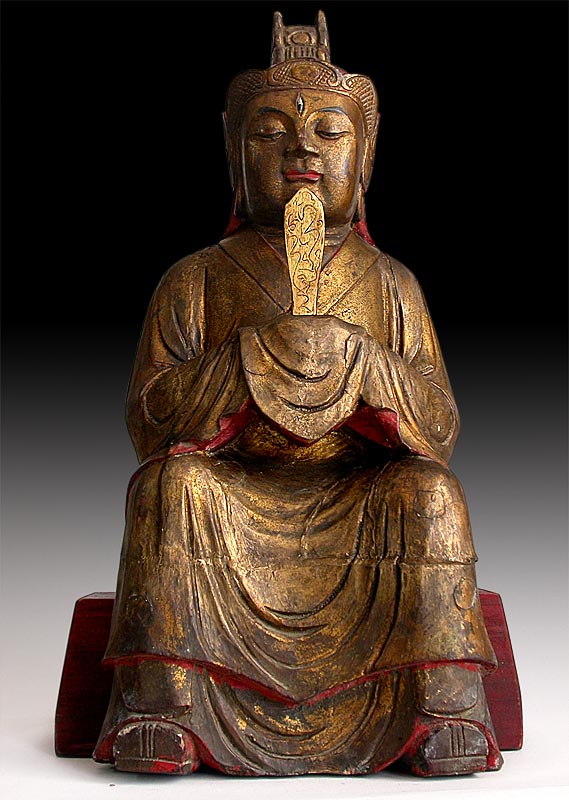