Antique Chinese Boxwood Carving
Corresponding to the Eighteen Lohans in Buddhism, in Daoist tradition there are the Eight Immortals. Here in this extraordinary carving, the legendary being Li Tieh Kuai is represented as a beggar leaning on an iron crutch, carrying a rolled-up straw mat under a large lotus leaf, and holding a magic bat in hand. The figure is intricately carved through in round, and sinuously dynamic in movements. His face is realistic modeled with a robust appearance, double-inlaid glass eyes gazing downward, lips parted in a smile showing his tongue and inlaid teeth; ultra fine details that give the small carving a delicately wistful presence, with spirited expression, superb pose and fluid movements.

The legend tells us that Li Tieh Kuai was the disciple of Laozi. On one occasion, his spirit traveled to heaven to meet with other immortals, as he left his body in the care of his apprentice for seven days; after six and a half days the boy has to visit his dying mother, so he cremated the body of Li Tieh Kuai. On his return, the soul of Li found no body to inhabit, but he spied the fresh corpse of a lame beggar, and so entered and animated the beggar's body, in which the Daoist philosopher continued his practice with the gift of a medicine gourd from Laozi, and finally attained the perfection to immortality. 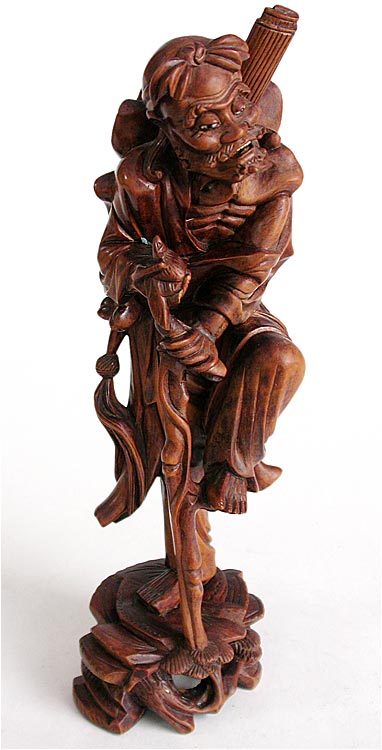 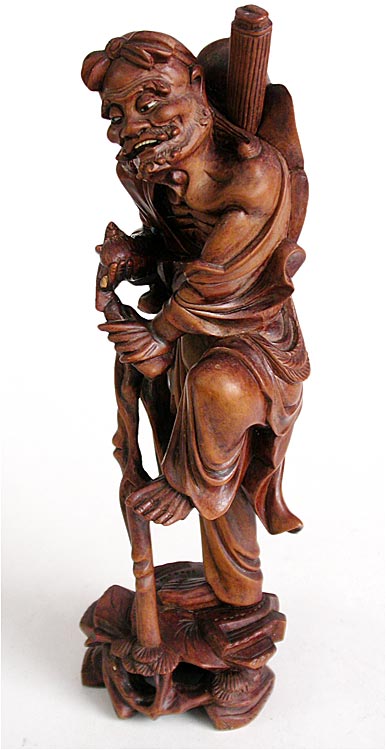 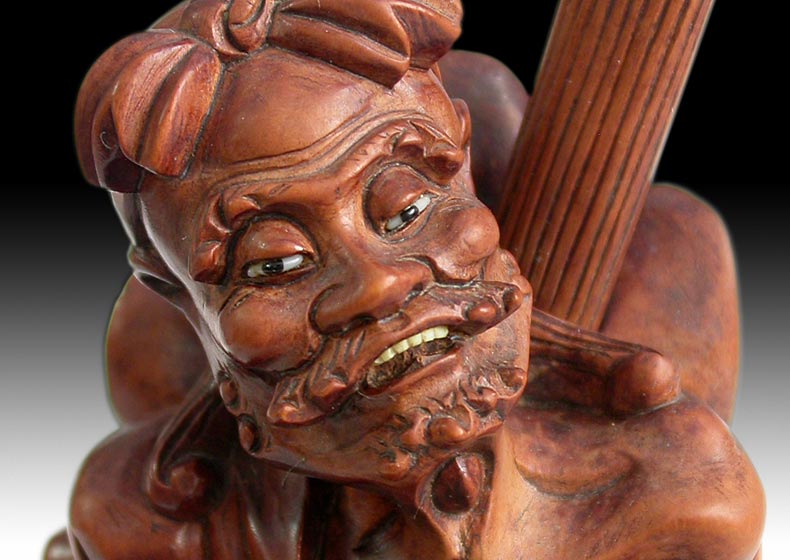