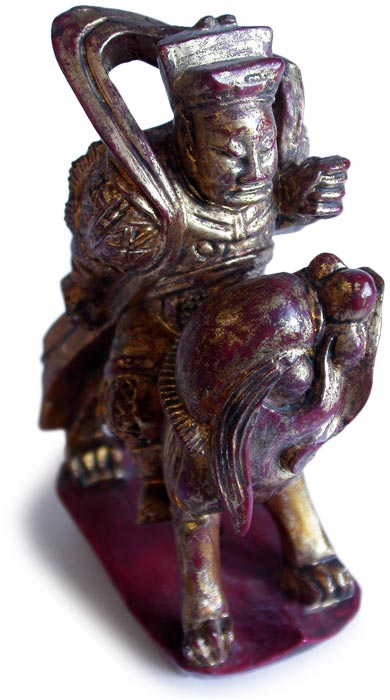 Antique Lacquered Gilt Wood Statue
This small carving sparkles with potent energy and determination despite its age, a testament to the eternal assiduous appetite for wealth. The figure is spirited, striding triumphantly on the backs of a vigorous lion. He is known as the Taoist Star-god of Affluence, the deified spirit of Pi Kan, a sage of the 12th century BC Talismans such as money trees and other sources of wealth are associated with him. His shrine is to be found in nearly every home. 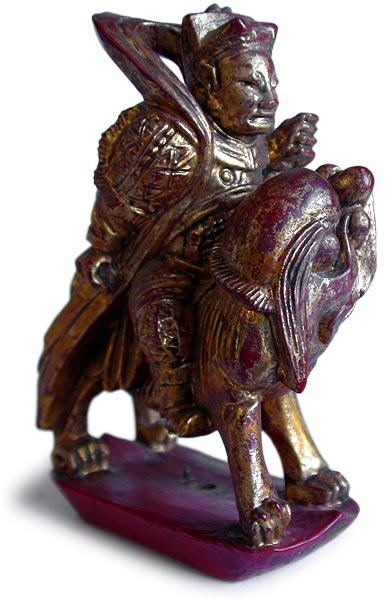 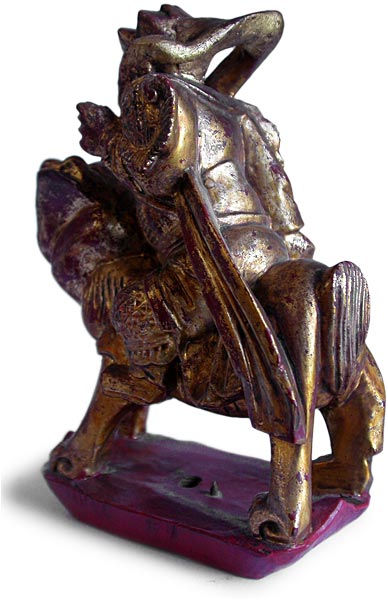 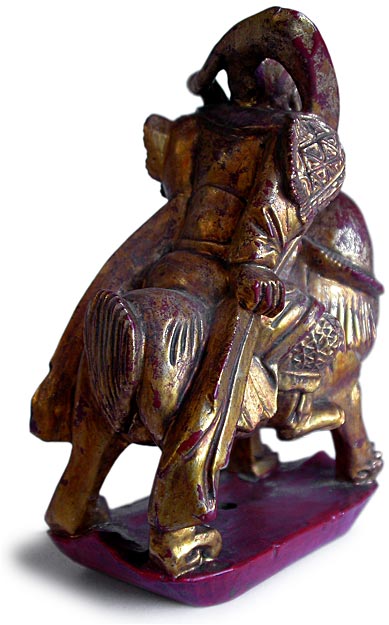 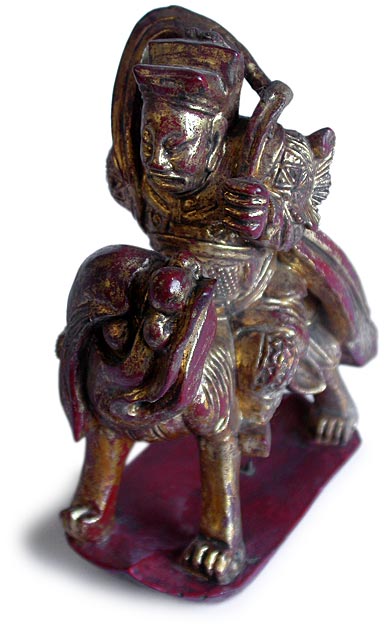 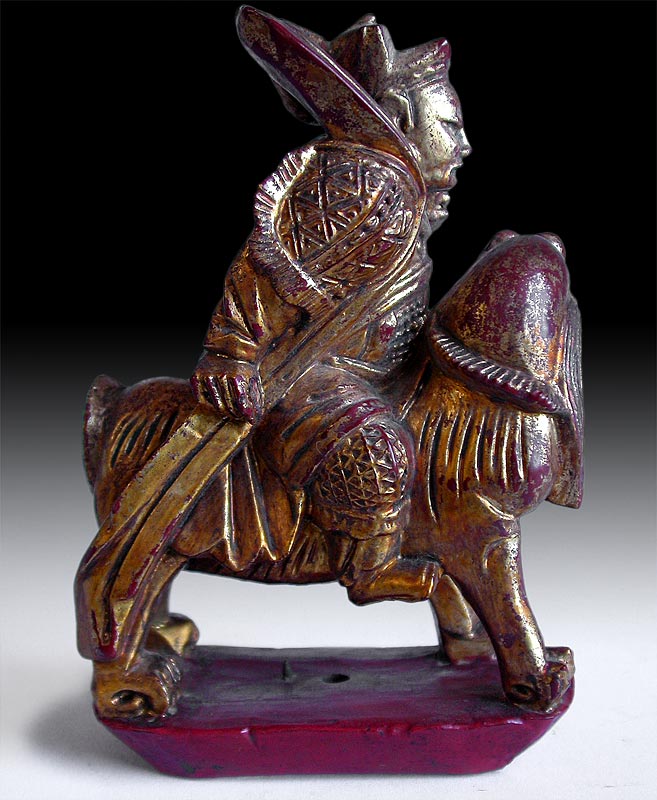