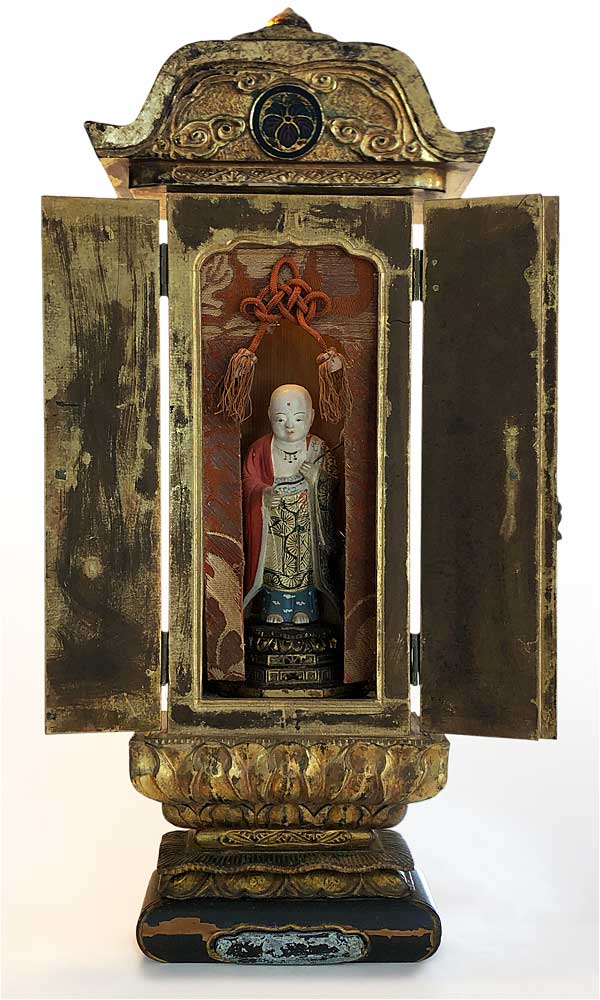 Antique Japanese Wood Buddha Butsudan
A rare lacquer gilt wood shrine of Jizo as a young monk holding a budding lotus, standing on an intricately carved small pedestal inside an elongated butsudan, elegantly elevated with the support of a six-tiers lotus podium, firmly balanced by the weight of embedded metal enclosed in the wood base.
Jizo, or respectfully as Ojizo-sama, is one of the most loved of all Japanese divinities. His name Ksitigarbha in Sanskrit is literally translated as Earth Matrix. He is regarded as the Bodhisattva of hell bounded beings, Savior of Souls, and also believed to be the Guardian of children and travelers. Hence this beautifully painted wood statue of Jizo depicts a charming teen boy with a ruby stone third eye, cherry colored lips and large earlobes, with eyes downcast in a meditative gaze. Along with his sweet countenance, the small bodhisattva has a spiritual presence that enlivened this markedly special home shrine-- A gilt wood butsudan crowning with the Paulownia emblem. For culturally, the Paulownia Seal was originally the family mon of the Japanese Imperial Family since the twelfth century. By the sixteenth century, the Great Unifier Daimyo Toyotomi Hideyoshi 豊臣 秀吉, adopted the Paulownia Mon for use as the crest of his clan. After the Meiji Restoration, the seal was eventually adopted as the emblem of the Japanese government. Thus, although visually compelling, beyond the aesthetics and spiritual venerations; possibly Late Edo, the rich provenance of this Jizo Butsudan has certain historical interests for scholars and novices alike. 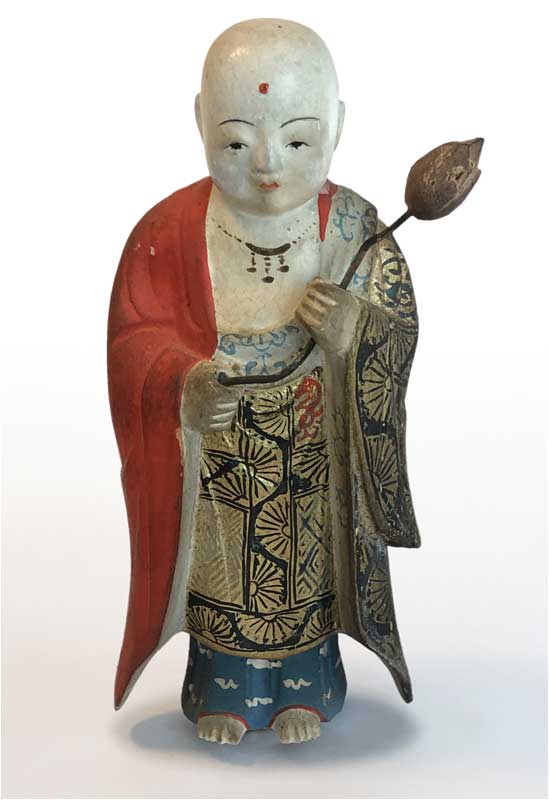 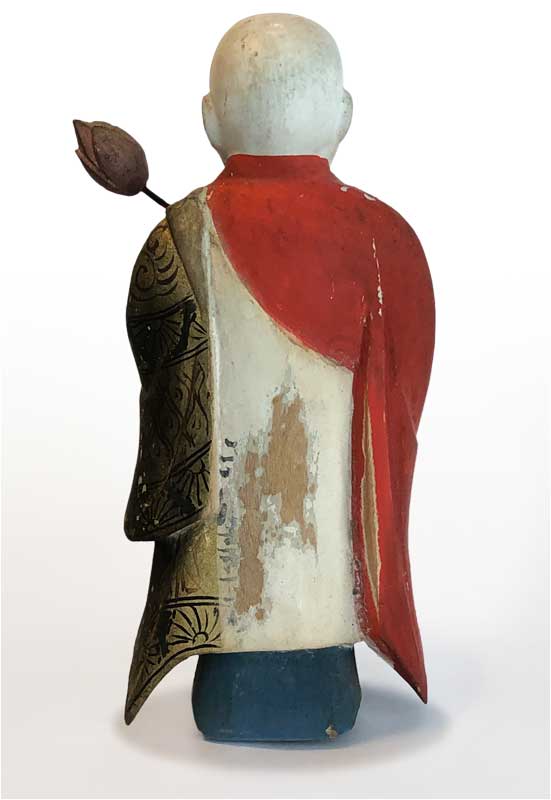 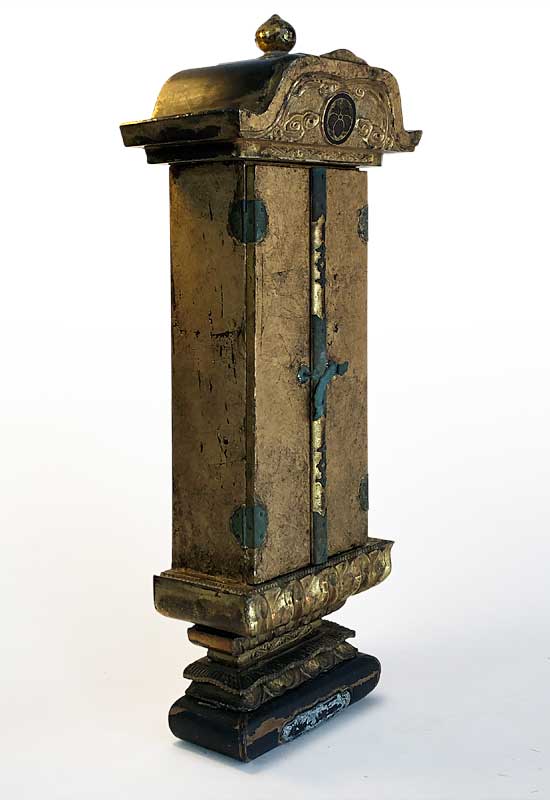 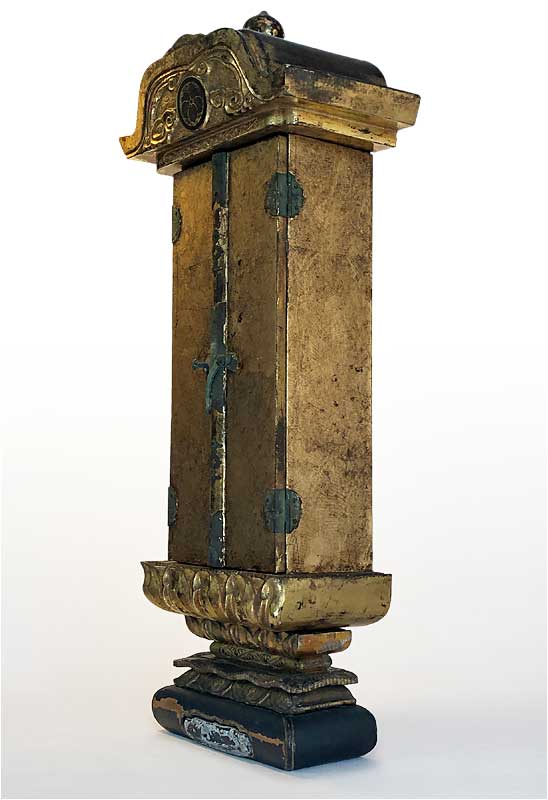 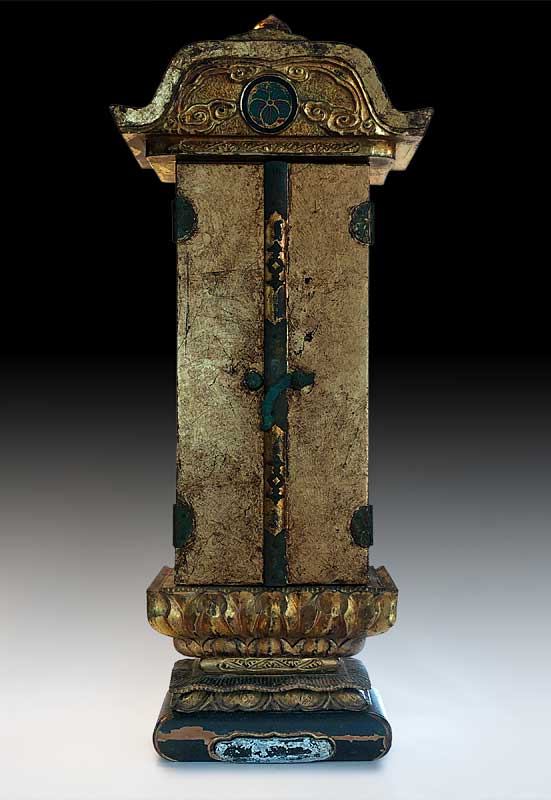 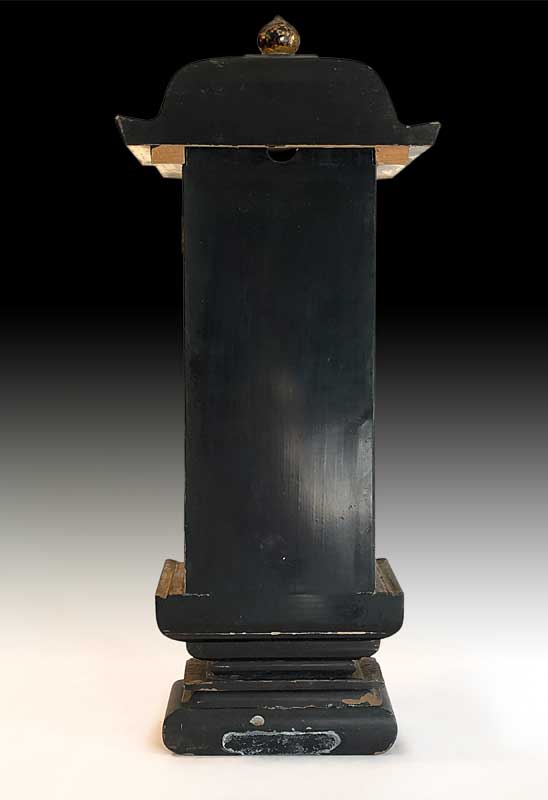 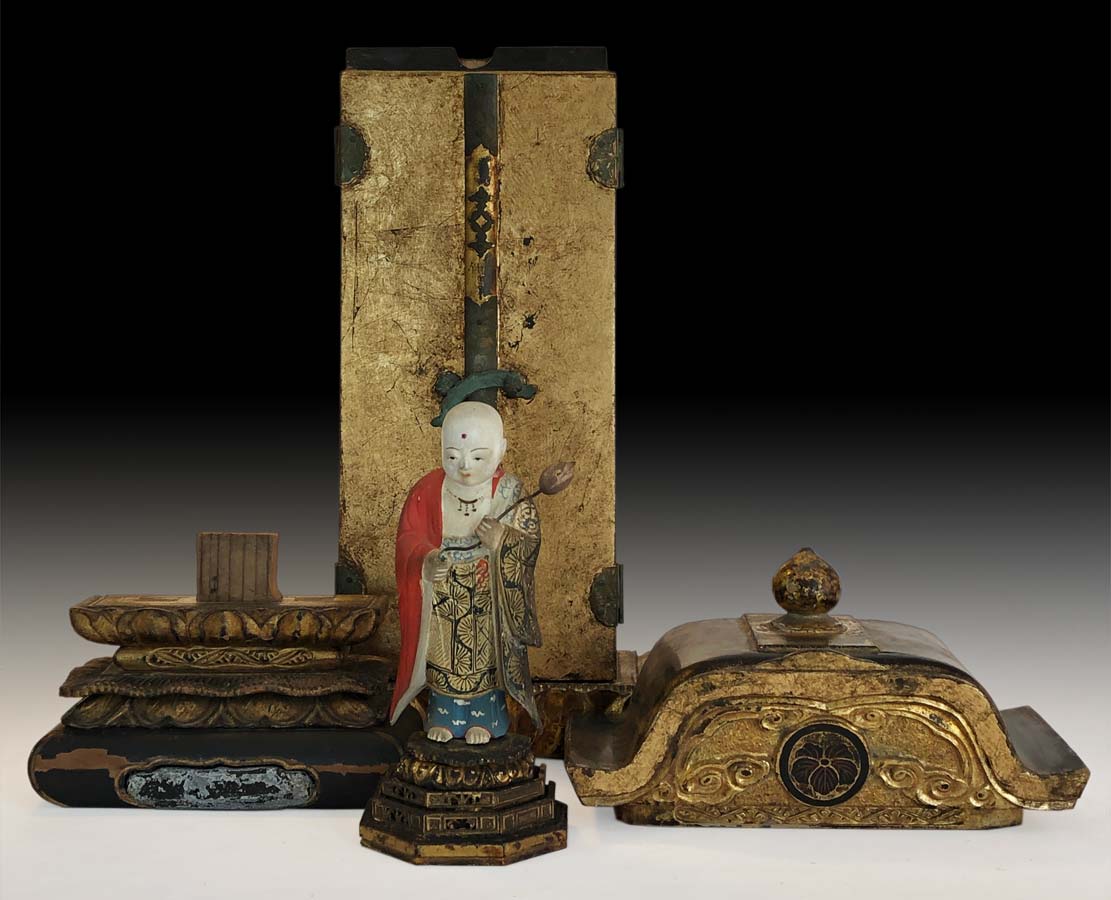