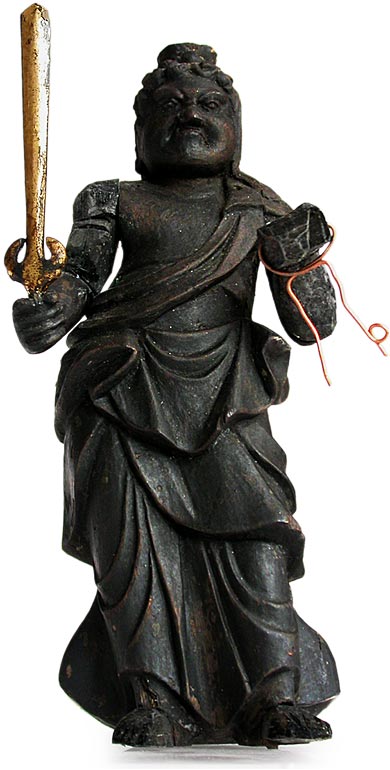 Antique Japanese Buddha Zushi
Fudo Myoo, the Angry Buddha symbolizes the divinity of wisdom fire, and the Mahavairocana Buddha’s power over passions, to become aware of the innate intrinsic Buddha-nature that leads to enlightenment.

Residing in a weathered archaic zushi, the power of this Acala Buddha statue pours through in the rendering conveying masculinity and power, characterized by the ittobori style technique (rough-cut), fused with finer details on the serene facial features of the deity, and perfect symmetry in the deeply carved pleats and folds of his robe. In the Buddha's left hand, he is holding a rope that ties negative passions, and his right hand is holding a sword that severs material attachments. Note that the black lacquer on the figure remains in tact, but the aura of fire behind him appears to be chipped, and much of the original pigments have since faded in time. Nevertheless, the tension between the rustic artistry and the power of the deity makes this Fudo Myoo zushi highly compelling. 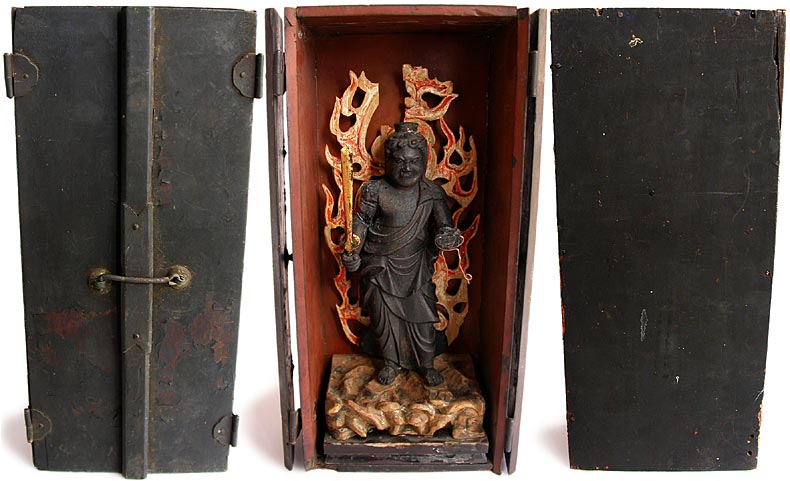 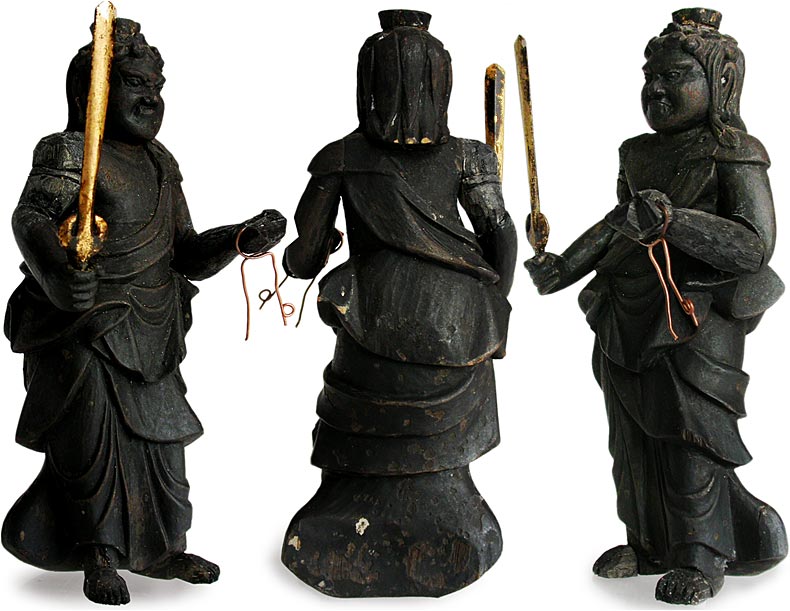 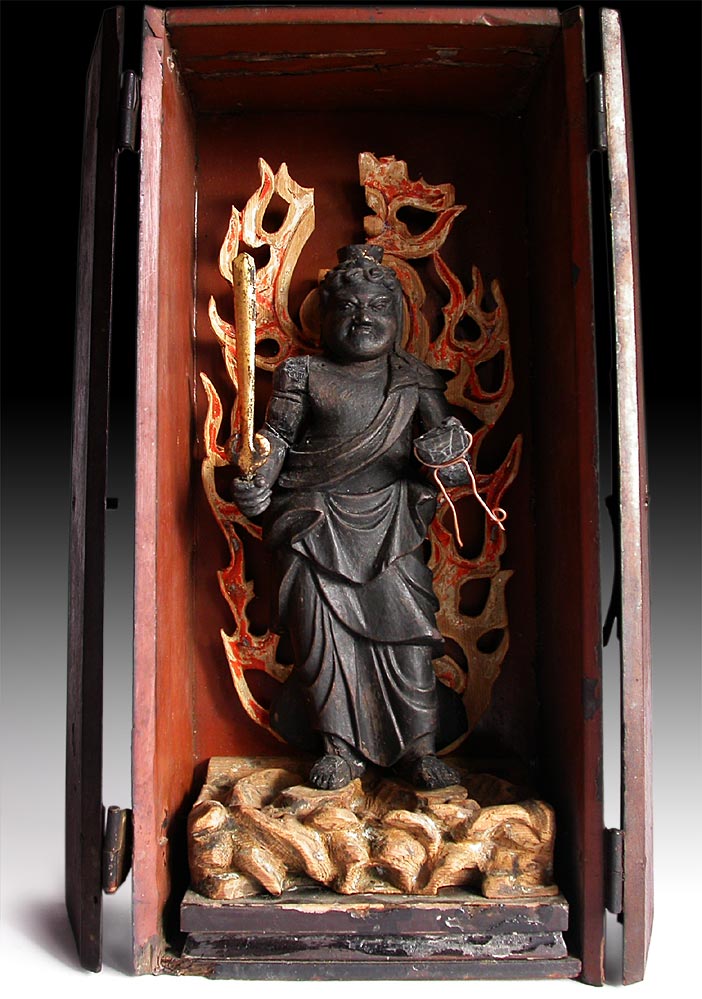