This is one in a matching-pair of vigorously hand-sculpted porcelain figures of Dharmapalas, Guardians of the Four Directions. The Guardian of the East, Deva King Dhrtarastra (持國天) is modeled with a pipa guitar held close to his chest with both hands. The two Guardians are wearing winged helmets, hand-carved elaborately ornate cuirasses in low relief, taotie lion-headed waist-belts, with sinuous flowing scarves running down to the protective leg armors and high boots. As they each stand in a tribhanga pose above a rock pedestal on Mount Meru, they are the protective guardians of the entrance to Sukhavati and defenders of the buddhist dharma (law).

The cobalt blue figures are varied in hues, with a cream white glaze over an opaque porcelain ground, showing a few minor firing cracks, glaze shrinkage, and iron rust spots. All are indicators of known kiln conditions associated with the late Qing period. So we decided to disregard the "Made in The Great Ming Xuande Period" (1426-1435 A.D.) as marked, the pair are to be sold as late Guangxu period 1875-1908 Qing timepiece. Weigh 7-8 kg each including packaging materials. 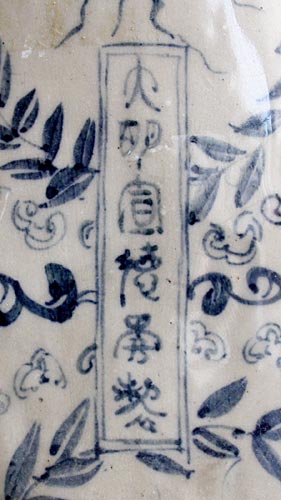 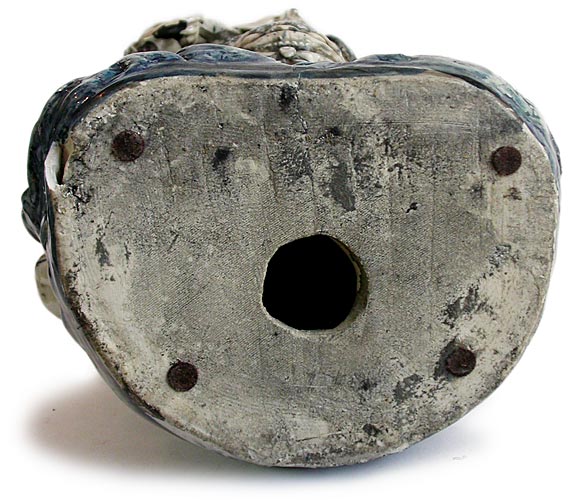 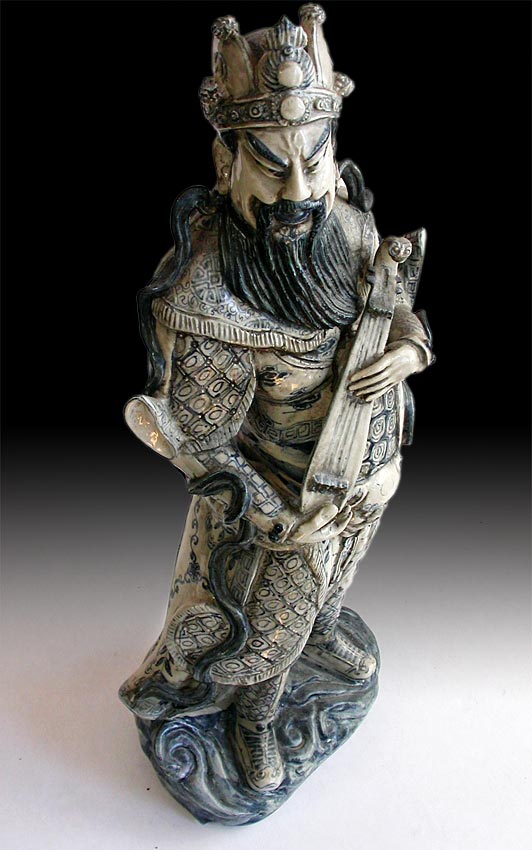 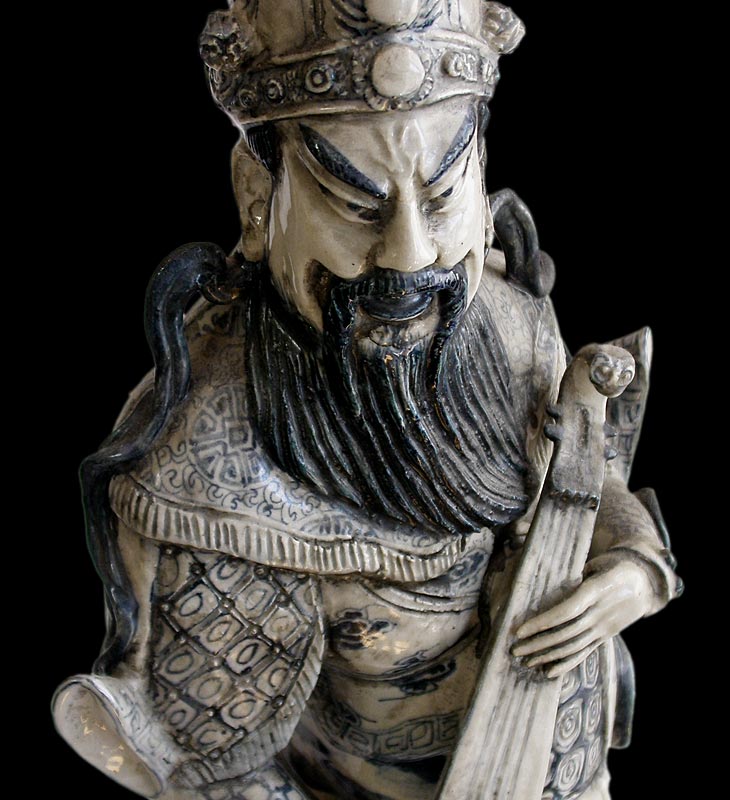