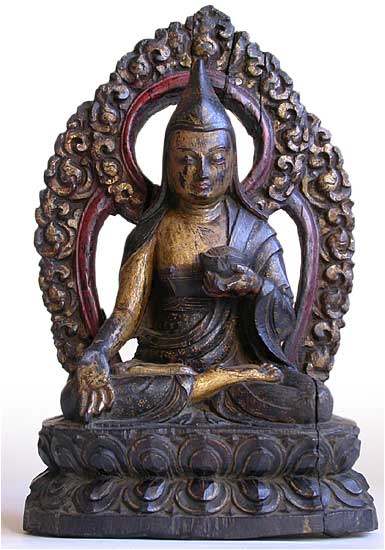 Rare Tibetan Polychrome Wood Carving
A very old dark hardwood carving of a Great Adept. He sits in full lotus, a kapala in his left hand, right hand in varada mudra, the gift bestowing gesture. He wears a scholar’s hat which is banded in gold and studded with stars. His simple robes are dotted with a floral design and his face and body are gilded. This portrait of a living master who has attained the Great Perfection is highly individualized, with a heavy-lidded gaze, prominent nose, full cheeks and curving red lips. He sits on a double lotus base in front of a mandorla that is thickly laden with golden flowers and lined in red. Age cracks have been mended with supporting wood tabs nailed in at the back. A long nail holds tight a separated section of the base on the right. The dignified face wears its worn gilding like a veil; the inward expression and gentle demeanor enclose its invisible history as a devotional and meditation aid. The bottom is sealed, indicating that a ceremony was held to consecrate the statue, and that blessings in the form of prayers or relics may have been placed inside.

The statue represents the Great Adept, or Mahasiddha, as exemplar of the tantric leap of evolution all the way to Buddhahood, rejecting the temporal flow of ordinary history. Such Masters influenced the Chan (Zen) movement in China, the legendary Bodhidharma being one of them, who live as perfect Buddhas on the subtle plane, within their old ordinary bodies, within their old societies and within their old universe. Some were great scholars and writers, but often they maintained ordinary occupations, such as king, wife, merchant, farmer, or even outcaste. The skull cup serves as a constant reminder of death and impermanence. The importance of this truth is demonstrated by its being lifted to the heart, symbolizing the union of absolute and relative truth and the cultivation of great bliss. The kapala contains the blood and guts of demons transformed into nectar by the wisdom of the Great Enlightenment.--RW 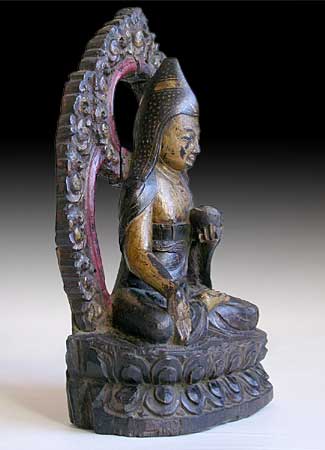 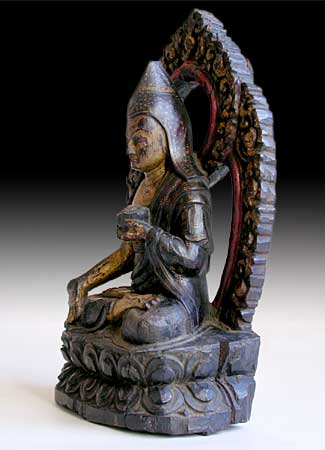 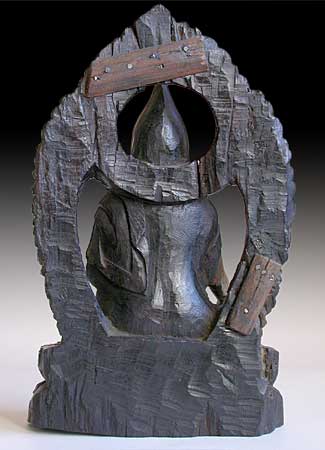 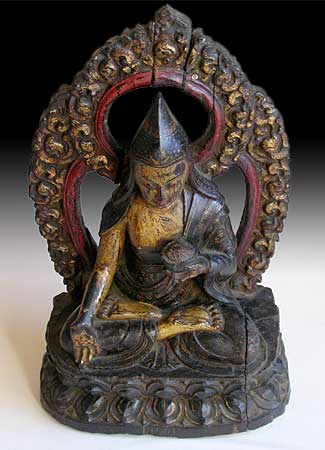 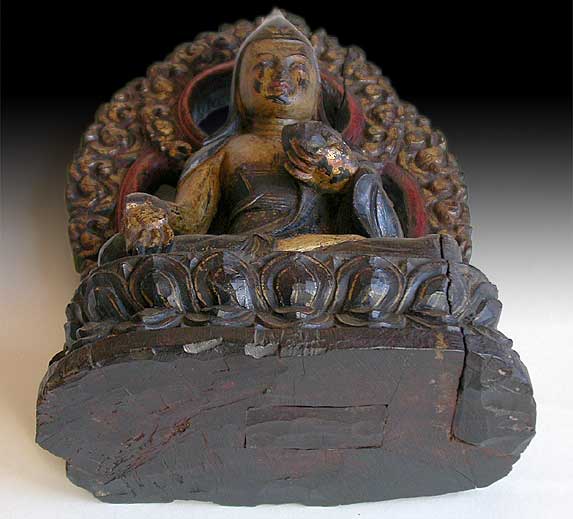