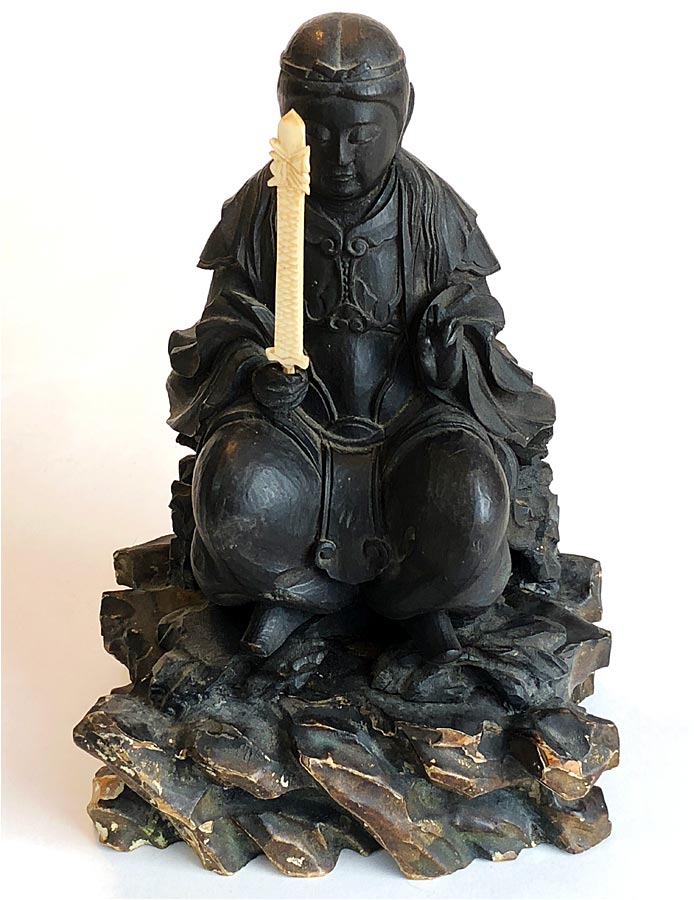 Antique Japanese Carved Wood Buddha
Monju Bosatsu, his name in Sanskrit is Manjusri or Wenshu 文殊 in Chinese. He is regarded as the God of Literature, and as the disciple of Shakyamuni Buddha, he is one of the Bodhisattvas of Supreme Wisdom who occupies the Universal Knowledge quarter in the center of the Womb Mandala in esoteric Buddhism.

Immaculately carved with a highly polished smooth surface, this superb Monju Bosatsu was once seated in a Dangan (small sandalwood shrine). Here he is in his prevalent form as a handsome youth, serene with both legs pendant royally sitting in a benevolent pose (bhadrasana), his left hand poised in the dharmachakra mudra, and in his right, he is holding the wisdom sword that symbolizes elimination of ignorance. He is elegantly dressed in a draped garment with facile pleats and curvilinear drapery folds, his face in benevolent expression, with a smiling bow-shaped mouth, delicately arched eyebrows, and almond-shaped eyes steadily gaze downward; the design of the statue suggests a distinctive Chinese Ming influence. The statue is rich with the markings of time and veneration, and there are two small broken off sections in the garment sleeves visible in the back view. Though overall in very good condition. 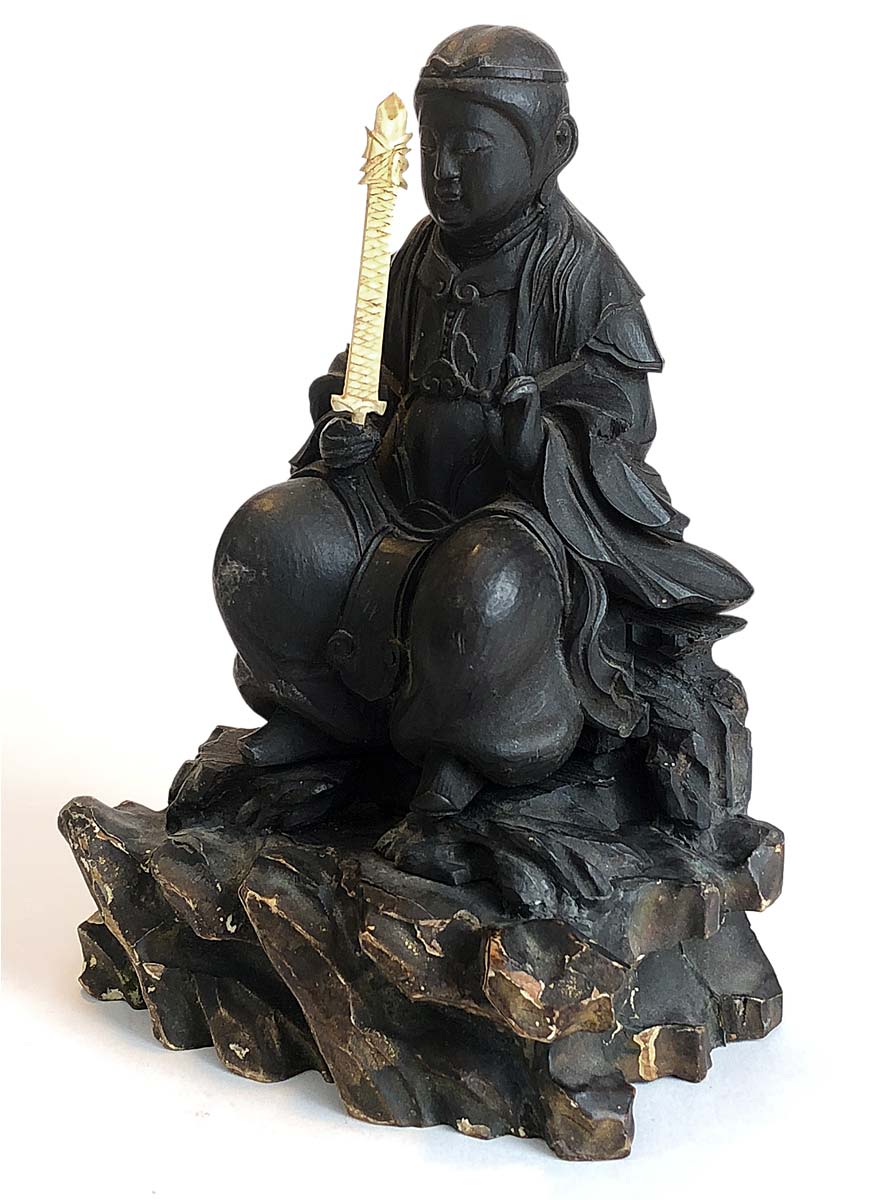 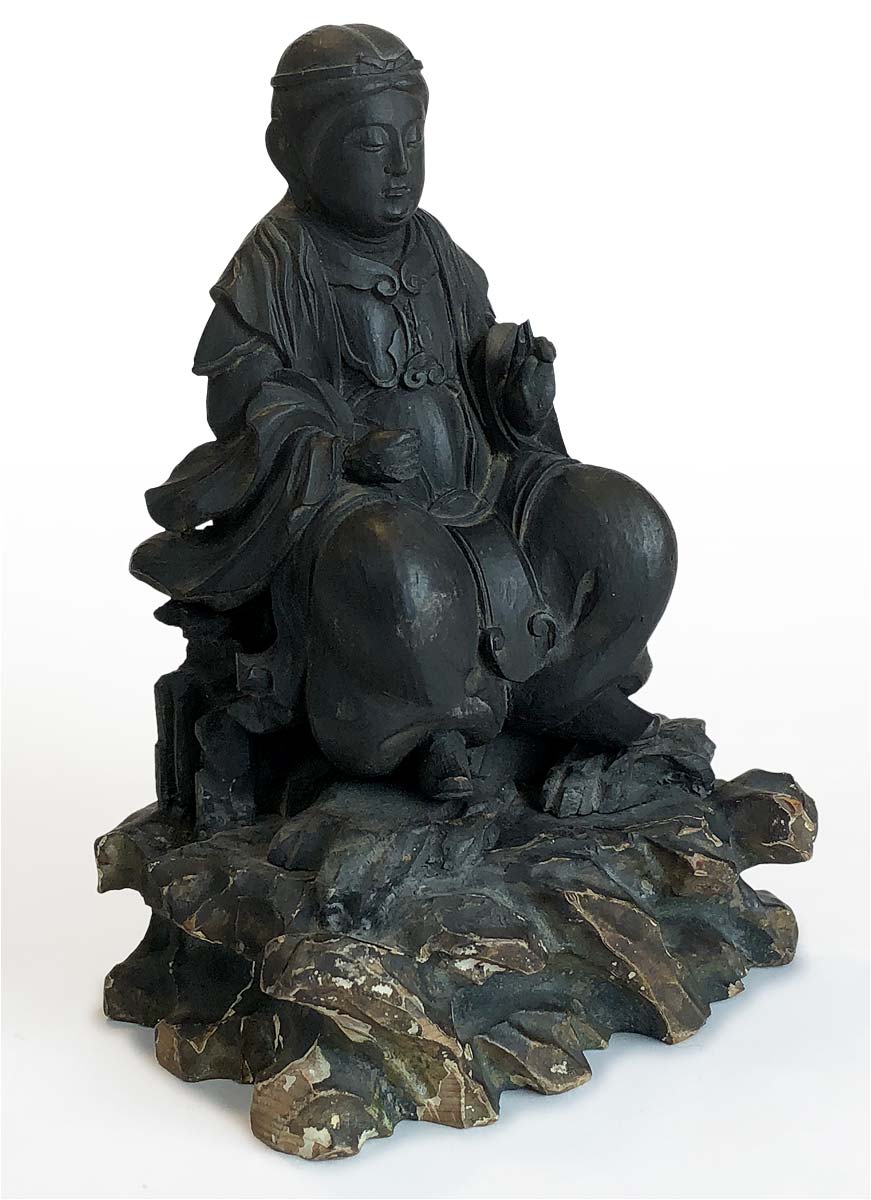 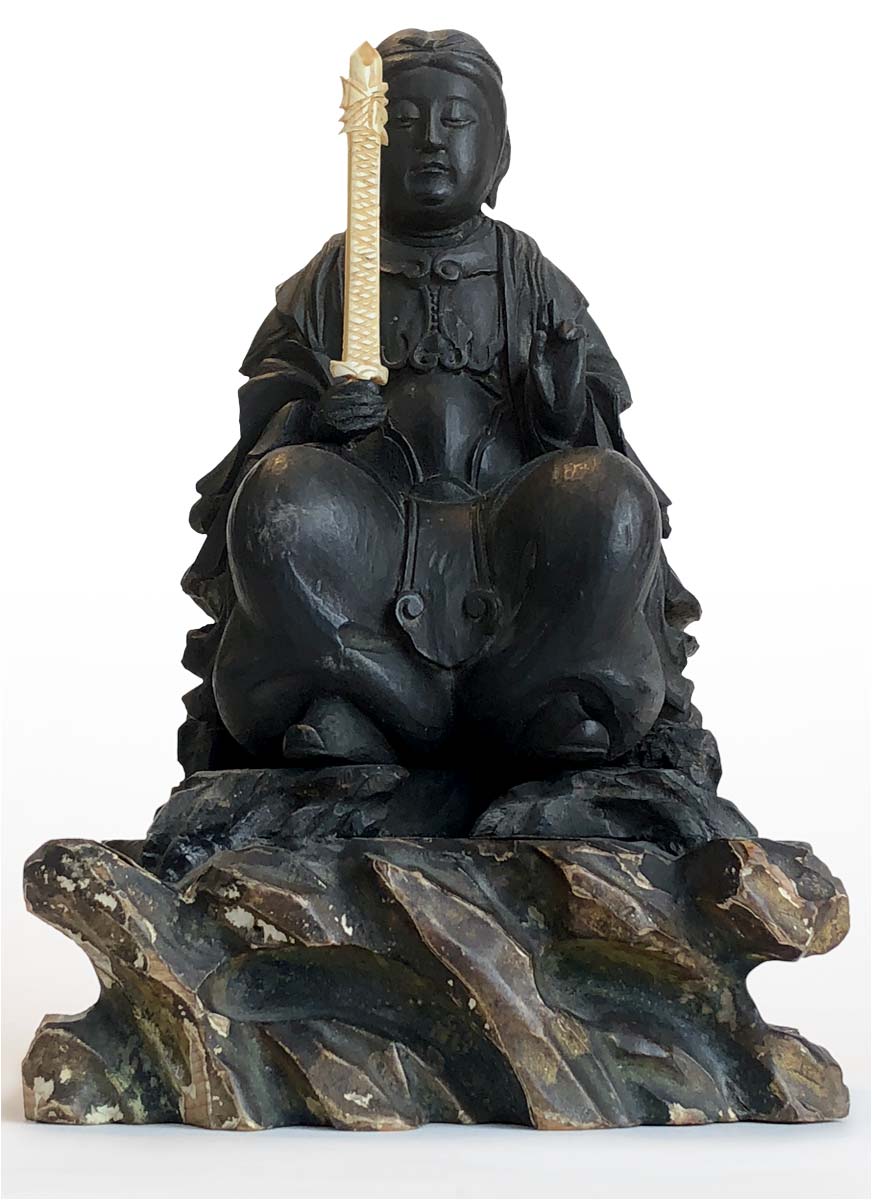 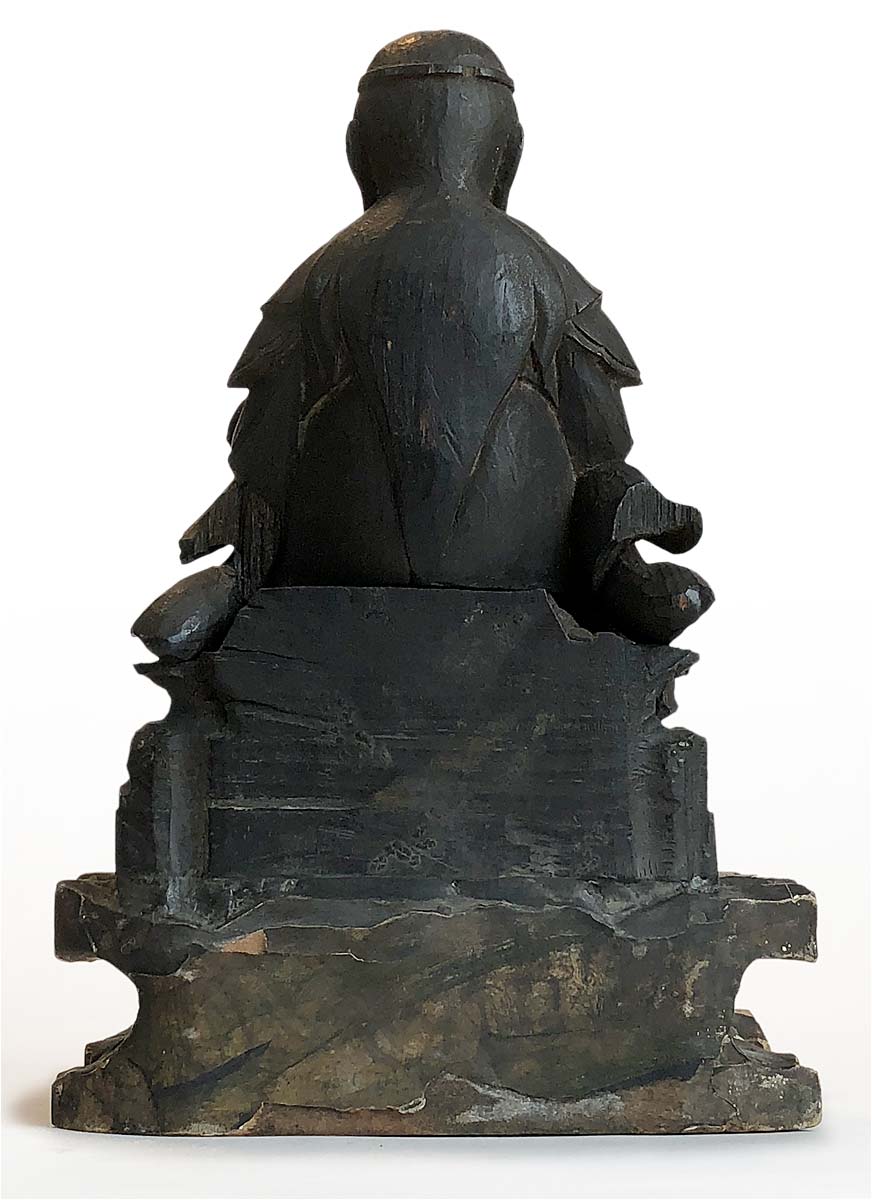 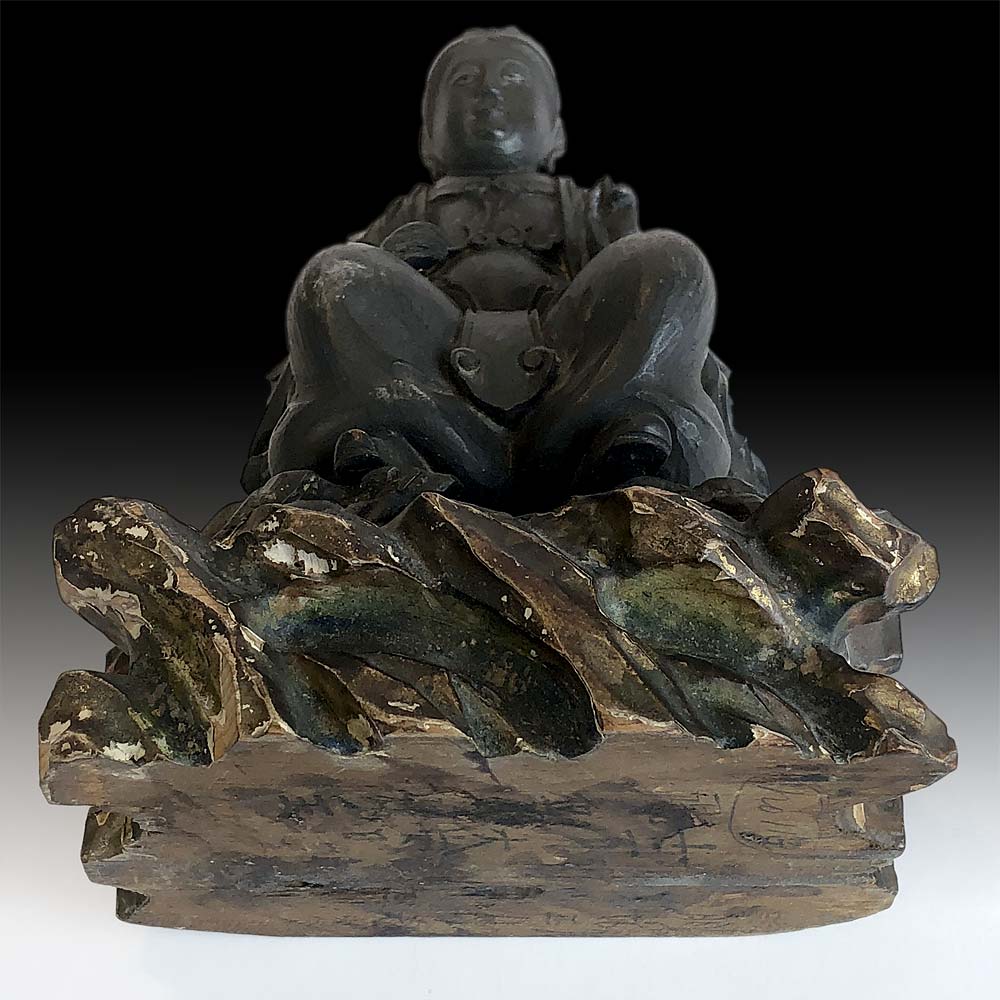 All dharmas are same as emptiness. -- Heart Sutra