Pair Antique Silver Horn Dhyani Buddha Seals
In Tibet a unique artistry of seals was created that differed from the jade and soapstone seals found in China. As in China they were used as designations of authority, the mark of the master. This pair of 19th century seals is exquisite examples. The spherical grip shows a conch and phoenix interlaced in intricate ornately wrought molded silver. Each seal has a horn band upon which a series of three Buddhas: Amithaba, Ratna Sambhava, Akshobya are carved. Also carved into the bone in Tibetan script is a mantra. At the base of each seal in molded silver is one of the Ashtamangala, the eight symbols which the Buddha saw upon enlightenment: rendered, as stamps are the Wheel of Dharma and the Conch. There is a hole on the side of each seal through which a deer-hide-tie would have been strung. Excellent examples of Tibetan craftsmanship and artistry, both of these 19th century seals are in excellent condition. (SD) 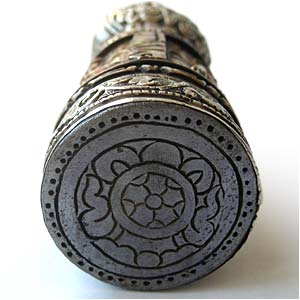 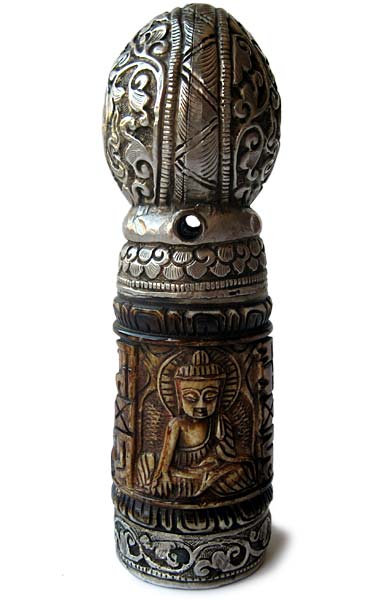 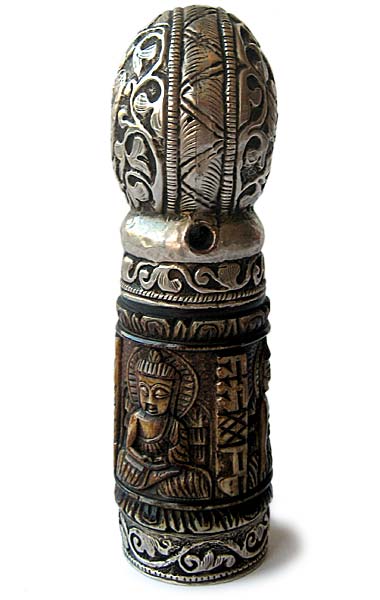 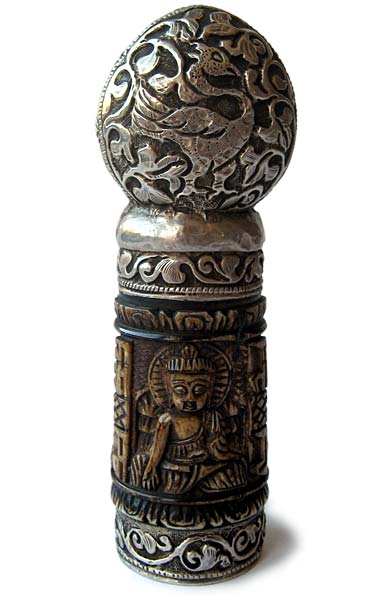 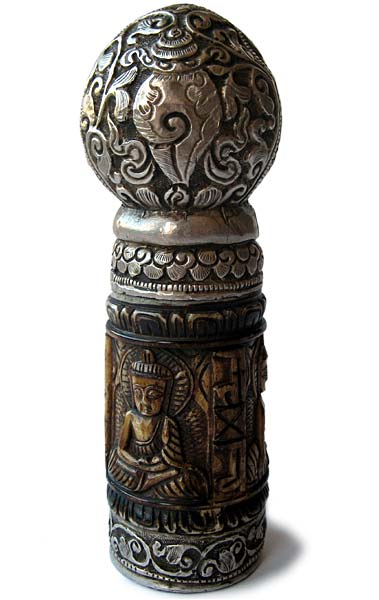