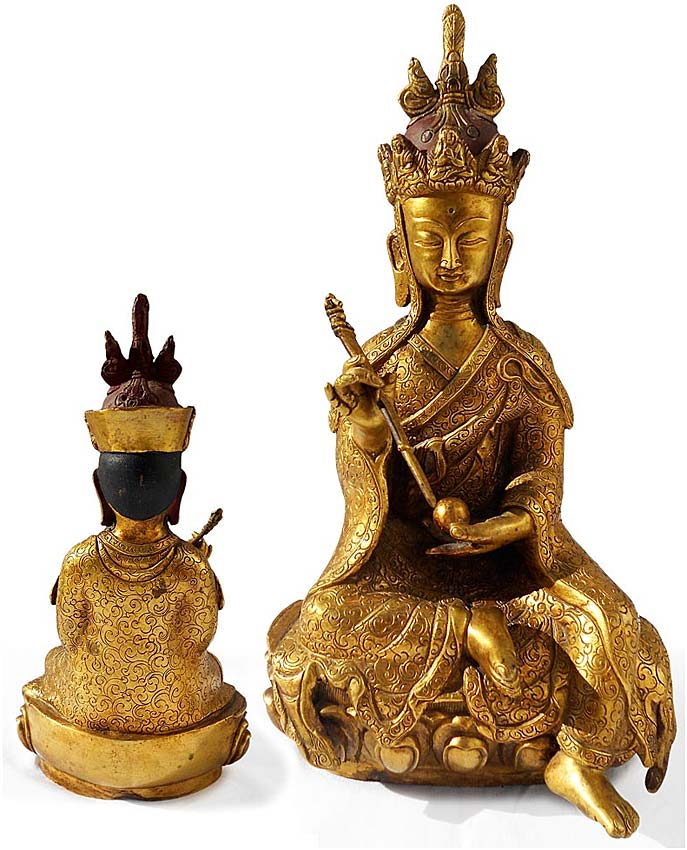 Antique Gilded Bronze Buddha
Padmasambhava, Guru Rinpoche, is an emanation of Avalikiteshvara, Amitabha and Shakyamuni Buddha. He introduced Vajrayana Buddhism into Tibet, and regarded as the founder of the first monastery Samye Gompa of the Nyingma tradition. Historically Padmasambhava lived in the 8th century CE. He was invited to subdue the demonic forces in Tibet by the first Emperor Trisong Denten. In accord with the Tantric teachings, instead of eliminating the demons, he converted them to submit to the dharma. Padmasambhava had several key female consorts. Notably the Princess Mandarava, who believed to left with Padmasambhava to the Maratika Cave in Nepal, and ultimately achieved the Rainbow Body of Great Transferance. 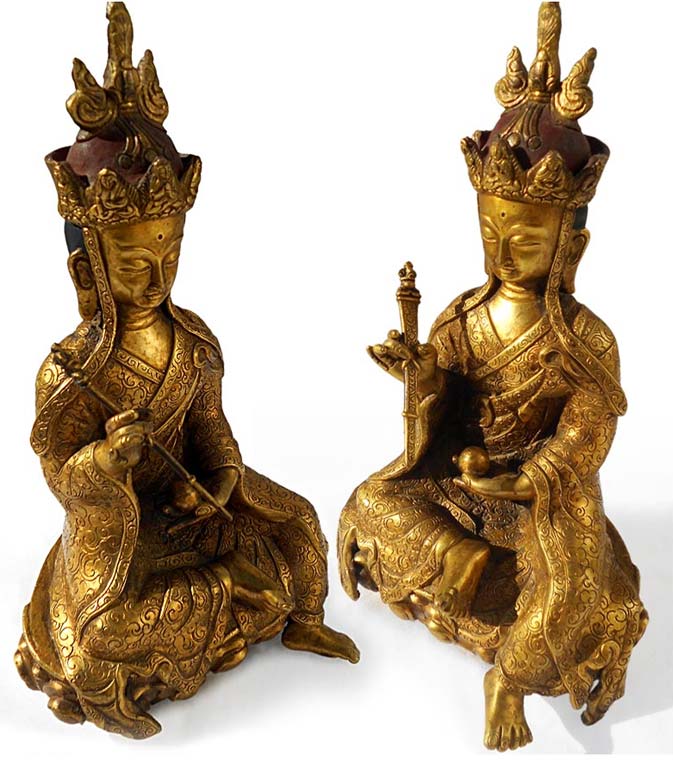 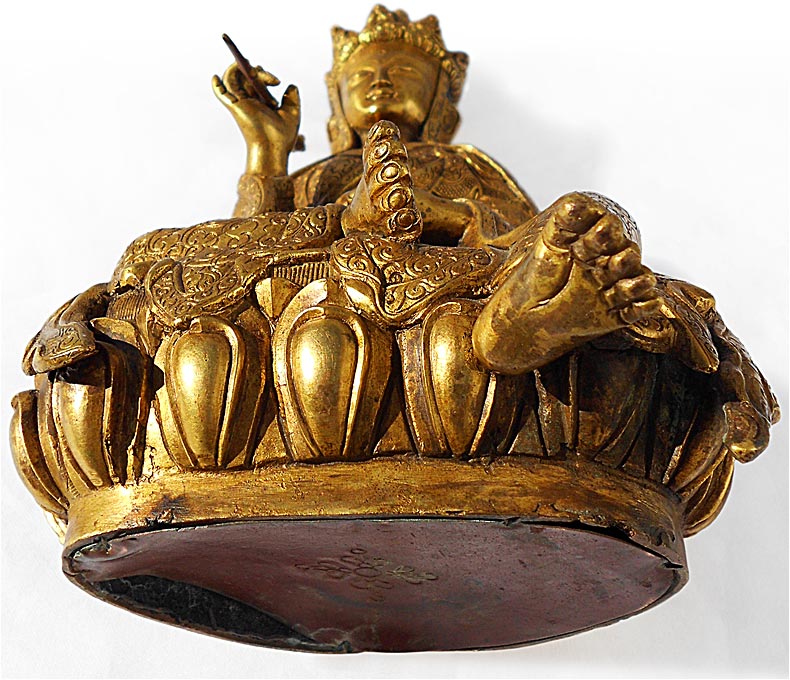