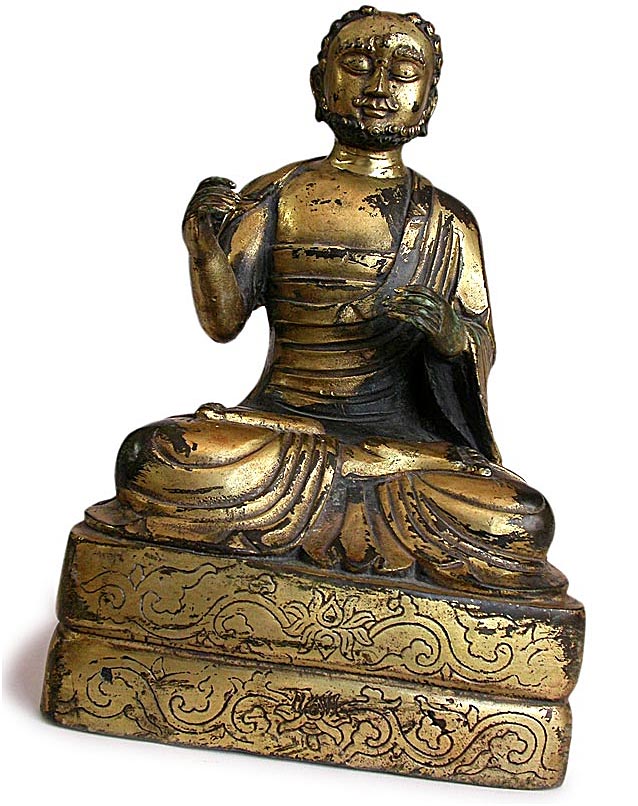 Antique Tibeto Chinese Gilt Bronze Statue
This beautifully gilded bronze statue depicting Bodhidharma seated on a meditation cushion, he is dressed in a pleated robe Tibetan monk robe, with facial features reveal his non-Chinese origin. In fact, Bodhidharma, the blue eyed Brahmin was an Indian Buddhist missionary of royal decent, who arrived China in A.D. 526. His name in Chinese is Da Mo (Greater than Evil). He is believed to have visited Japan, where he is known as Daruma, the God of Fortune. Bodhidharma is regarded as the chief of the Six Patriarchs of Buddhism. He teaches that perfection must be sought inward through meditation rather than outward observances.< 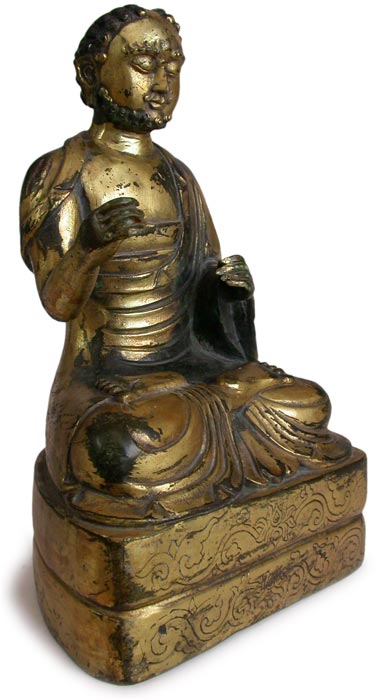 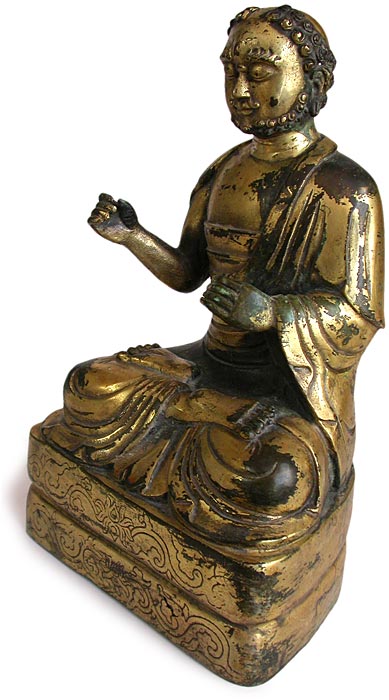 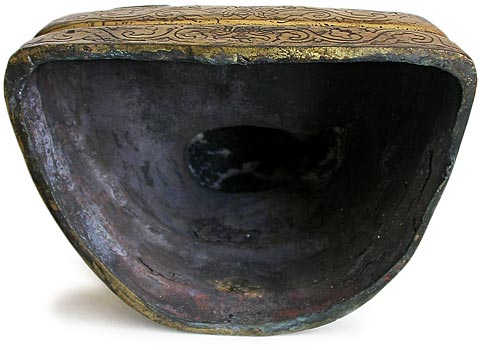 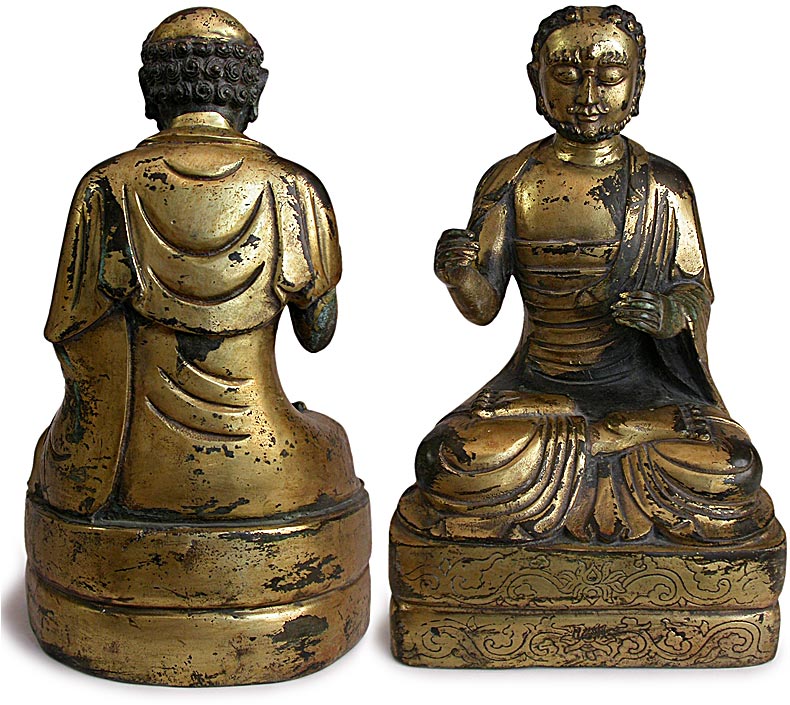