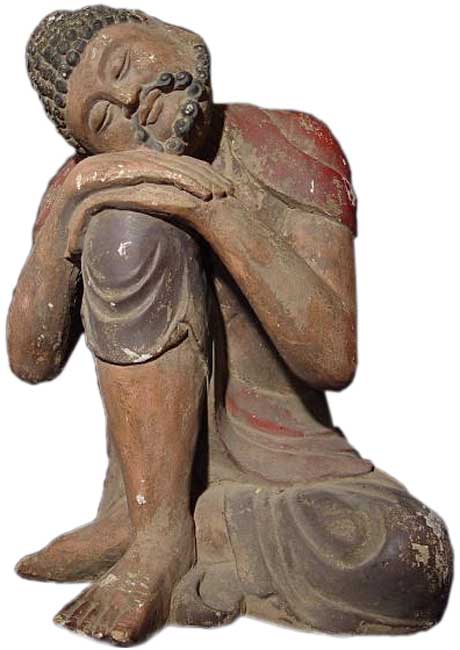 Antique Chinese Wood Carving
The historic Buddha Shakyamuni, whose original name was Siddhartha Gautama , born around 563 B.C. a prince of the Sakya kingdom. In retreating from the world, through meditaiton he attained Niravana, realized his universal self by the renounciation of all desire.

This large wood carving depicts Shakyamuni seated in the royal ease asana, a distinct departure from the traditional wish granting standing posture, and the lotus seat meditation position in which he has been portrayed since 2nd century A.D., when Buddhist representations first appeared in China.

In style this Buddha in the royal ease asana alludes to variations established in the Yuen dynasty (1279-1368). The worldly quality of the Buddha is an authentic Chinese design not unlike the Kuanyin in Royal Ease established during the renaissance of the Tang Dynasty. Though later under the sponsorship of the imperial courts during Ming and Qing, authentic Chinese design gradually disappeared under the restrictions imposed by the Tibetan Buddhist iconography.

The graceful charm of this resting Buddha lies in its geometrical equilibrium in a compacted form. With hands atop on his bent knee, Shakyamuni leaning forward and resting his cheek in a informal meditative manner. His facial expression and passive posture is both noble and austere, it conveys a sense of spiritual harmony not of gods' but of man who had found inner peace. A small bronze figure in the San Francisco Asian Art Museum has an exact likeness of this statue. The uncanny similarity extended not only to its overall posture, but to design patterns and even the length of his clothing, Though his Indian features are more prominantly emphasized in the wood carving. 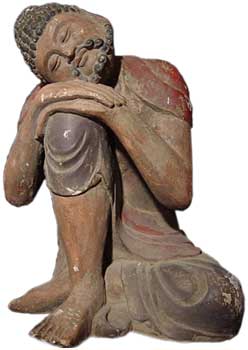 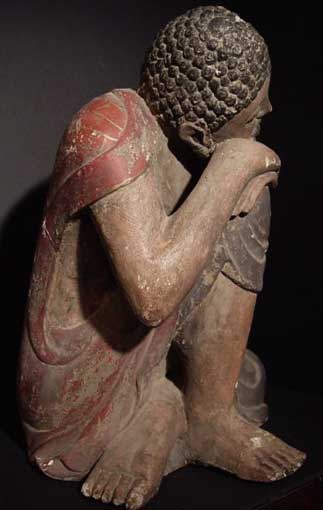 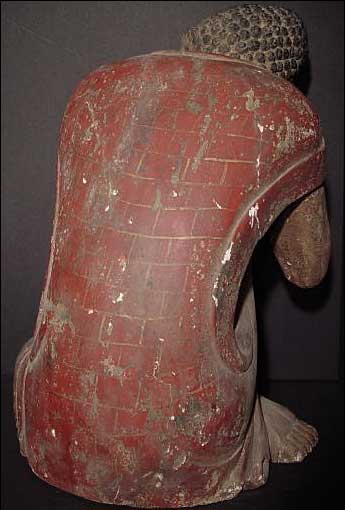 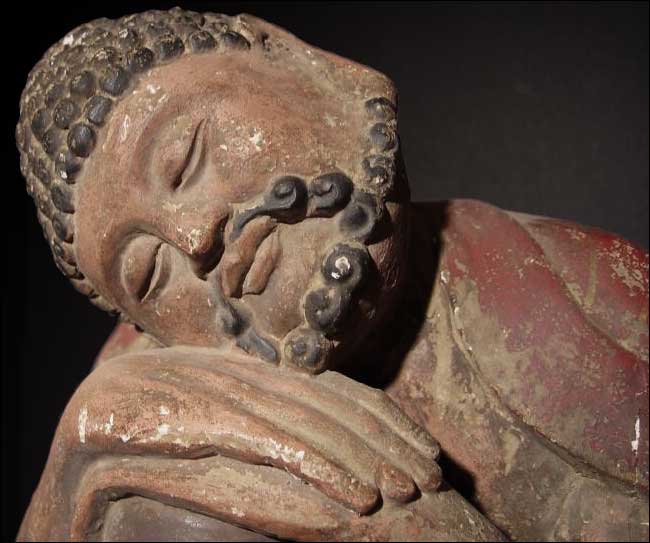