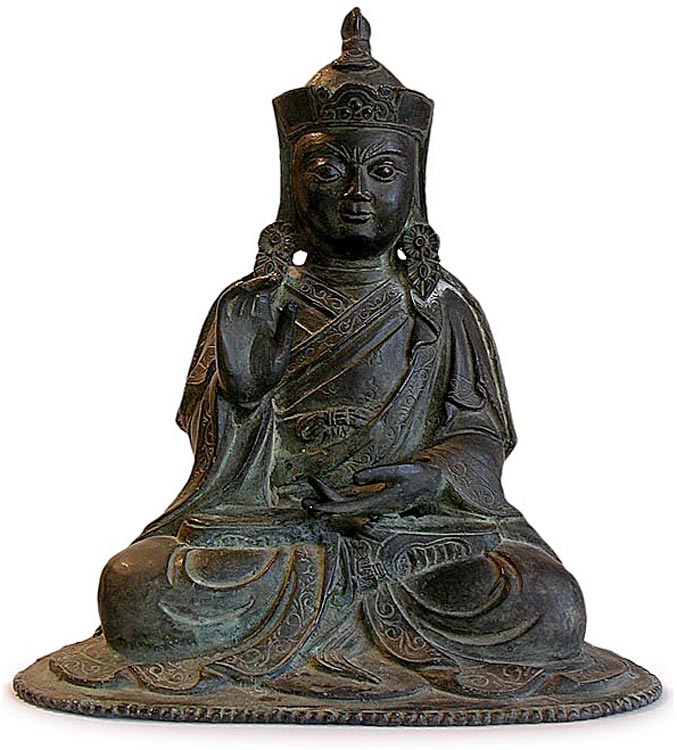 Antique Sino Tibetan Bronze Buddha
A well cast heavy bronze with chiseled in hand traced details of a very spirited Padmasambhava. He is known as the Guru Rinpoche, powerful spiritual warrior against demonic forces, realized Buddha and catalyst for change, founder of the Nyingma-pa school in Tibetan Buddhism, and an amalgamation of many qualities. Historically he lived in the northwest India the 8th century CE. He was invited to Tibet by the Emperor Trisong Denten. Padmasambhava created the first monastery Samye Gompa in the country, initiated the first monks, and introduced the people to the practice of Tantric Buddhism. Padmasambhava had several key female consorts, notably Mandarava and Yeshe Tsyogal who were both recognized as enlightened Buddhas. 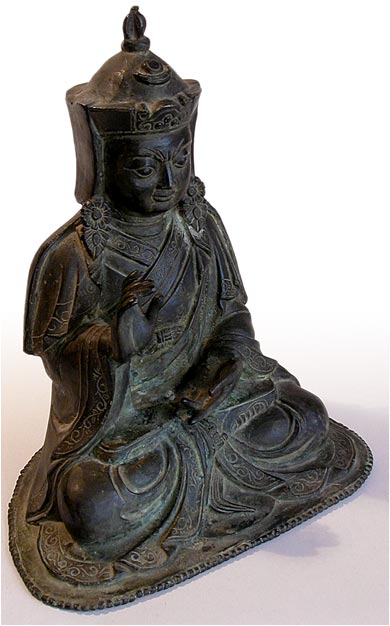 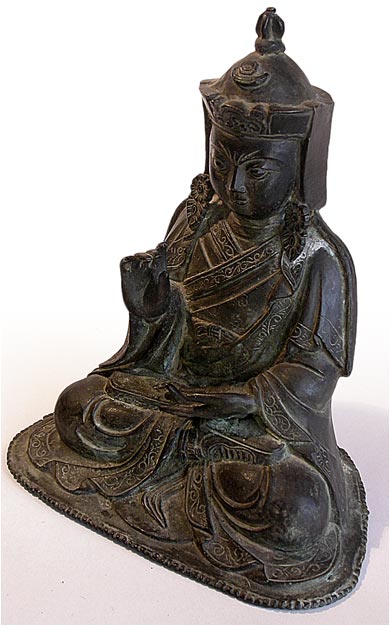 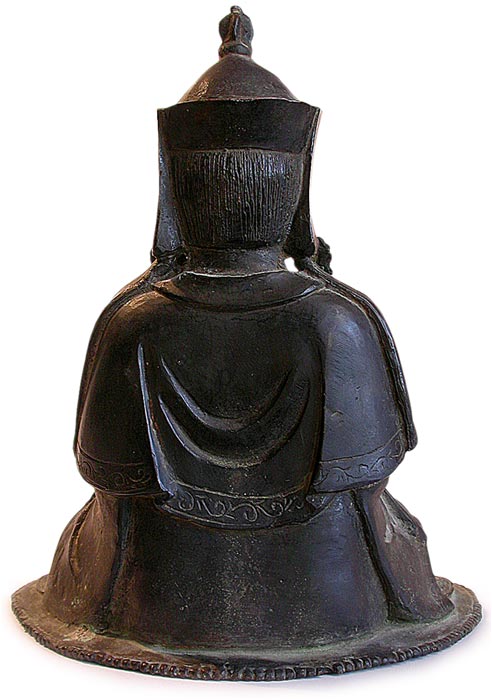 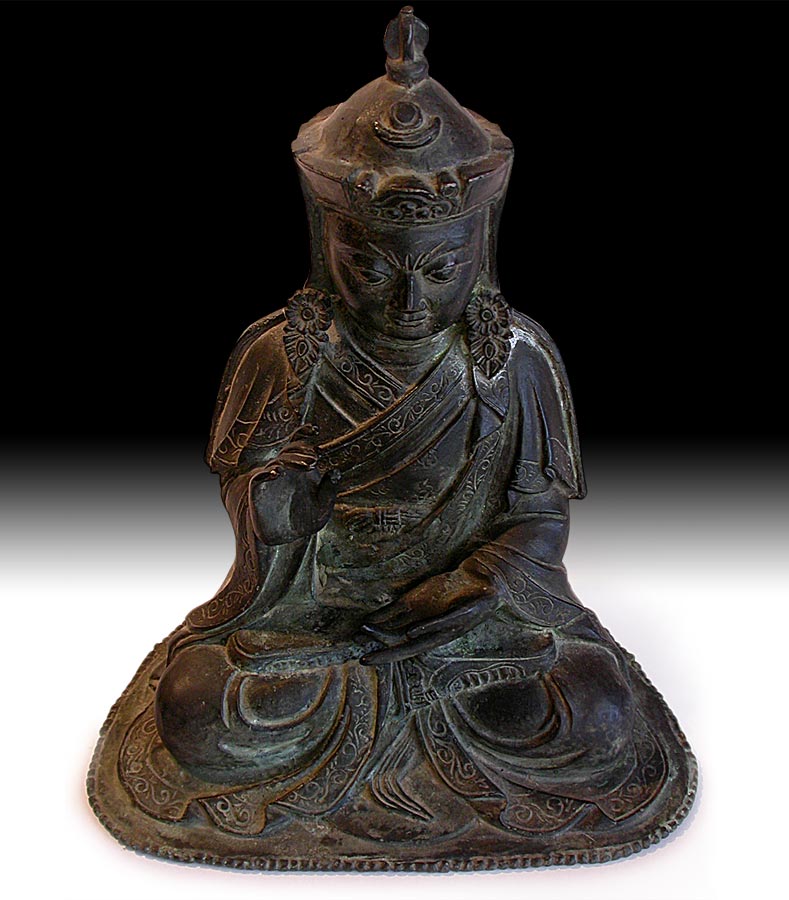