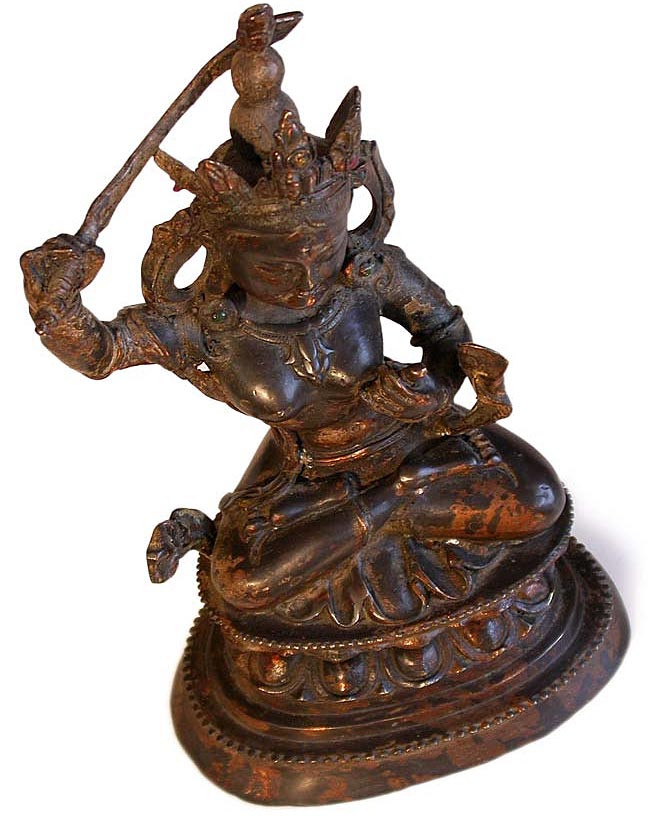 Tibetan Gilt Bronze Buddha Statue
The feminine aspect of Manjusri, she holds in her raised right hand a flaming sword to cut through the fetters that arise through knowledge; signified by the prajnaparamita, a wisdom text held in her left hand. This is not a strike against book learning but an acknowledgment that ultimately it too has its limits when traveling the spiritual path; that we cannot know the futility of knowledge without first developing our intellect.
This 19th century Tibetian bronze shines in bright patches alongside spots of oxidization. Skillfully cast in great detail; bronze ribbons rise from the double lotus plinth, Manjusri’s attractive face glances downward in contemplation, and energy in motion swirls from her raised sword. A rare piece due to its unusually feminine features, this traditionally male deity is in fair condition. 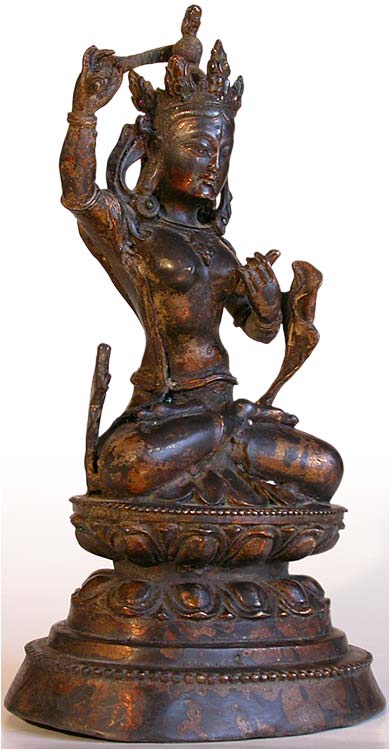 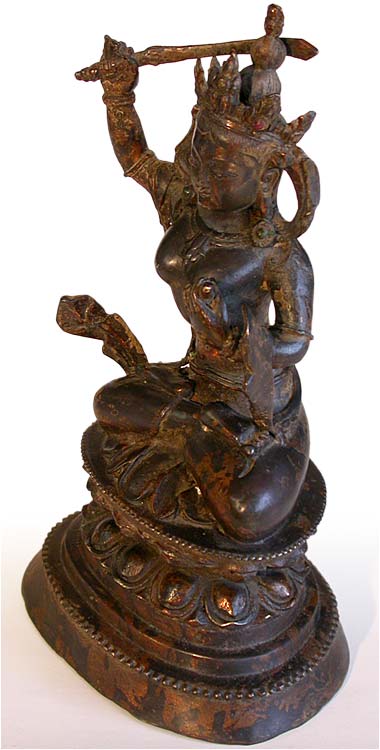 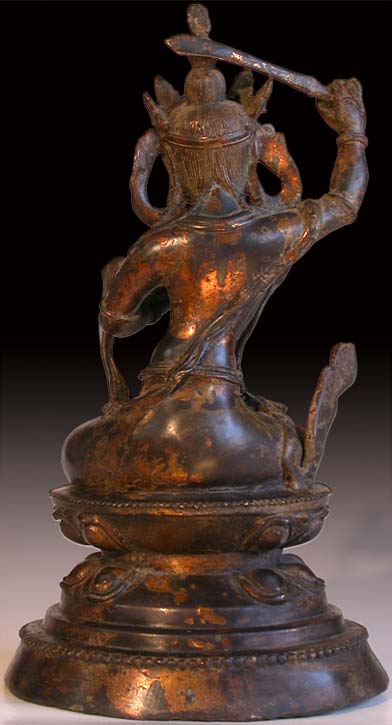 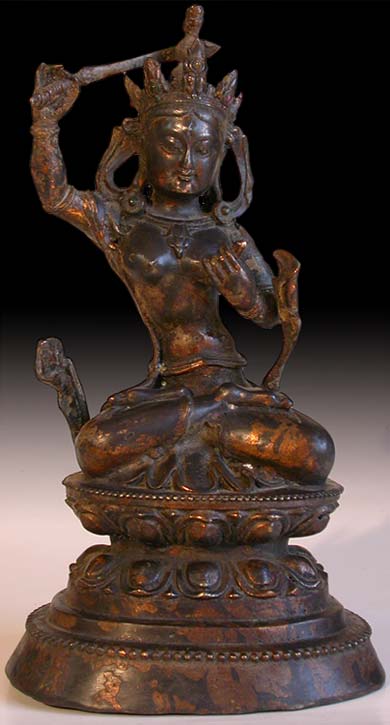 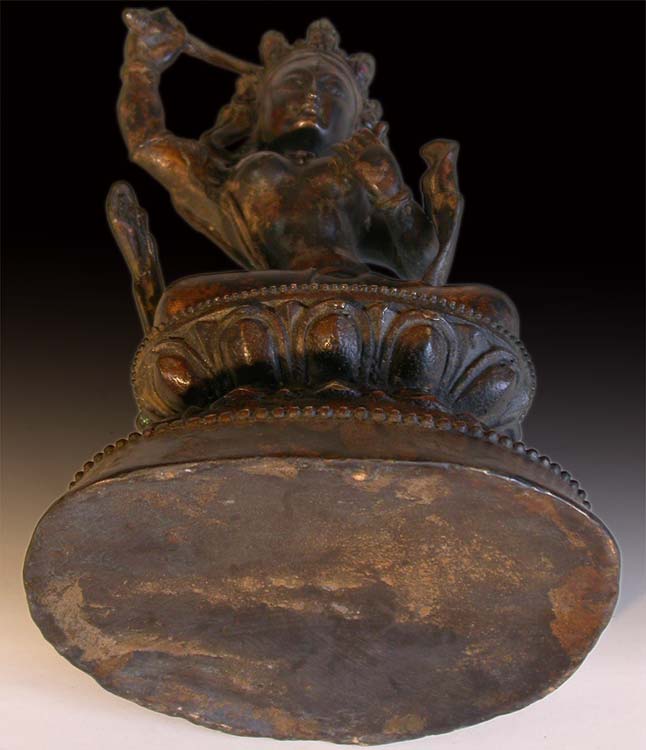