Chinese Polychrome Gilded Wood Buddha
An early 20th-century Chinese wood carving of Samantabhadra, the All-Gracious Bodhisattva of Great Merits. He is specifically known in China as Pu Hsien 普賢, and frequently portrayed as a fusion of the goddess Samantabhadri and Kuan Yin. Samantabhadra is known as the patron saint of the monasteries of Mount Emei. He is believed to wanders on a six-tusked white elephant in the six heavenly realms. As shown here, the Bodhisattva is sitting in a royal ease position, gazing inward in deep contemplative states, his hands are poised in the teaching mudra, imparting the Buddha’s three teachings on Turning of the Dharma Wheel. The first Wheel Turning teaches the Four Noble Truths and Eightfold Path. The second Wheel Turning is on emptiness, and the third turning is about abandoning clinging to emptiness, and on the essence of Buddha Nature. The charming wood carving is majestically rendered, with a spiritual quality enhanced through its age; which is discernible through a couple of small crack lines, and faded colors over a crackled gesso wood surface. A Chinese customs wax seal certified the statue is an object of antiquity. 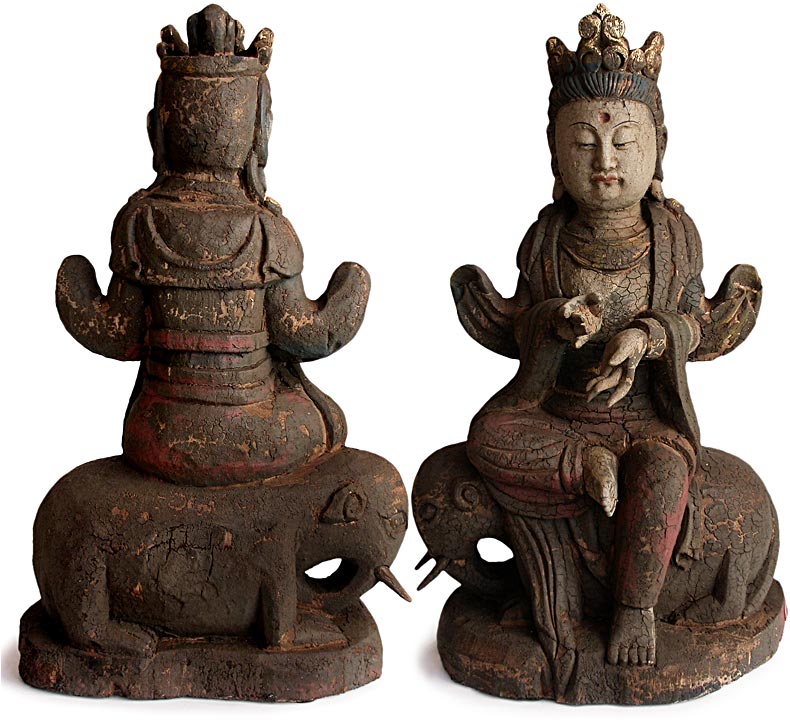 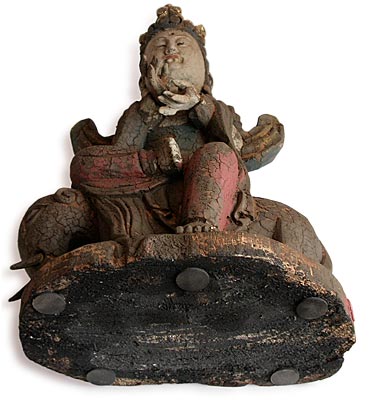 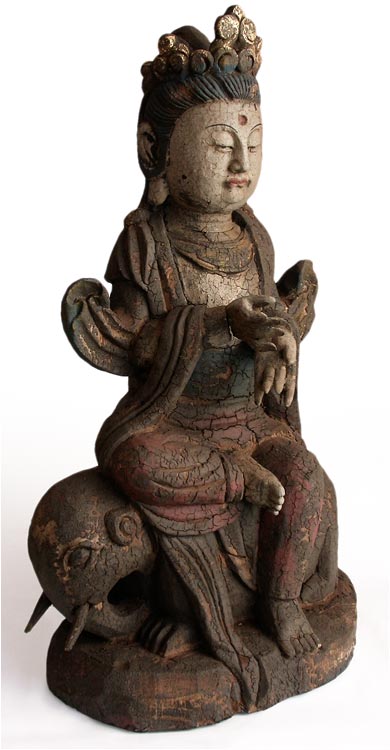 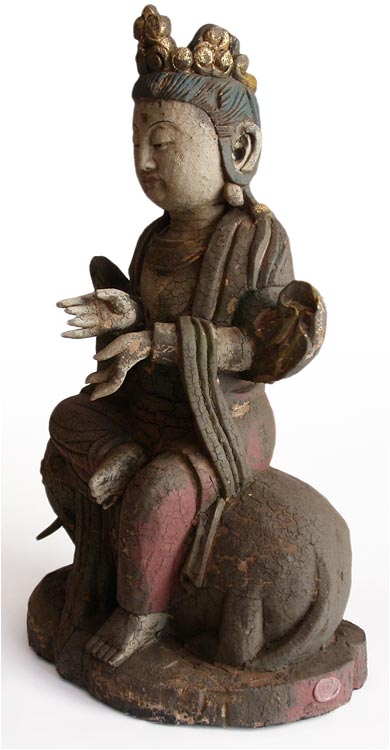 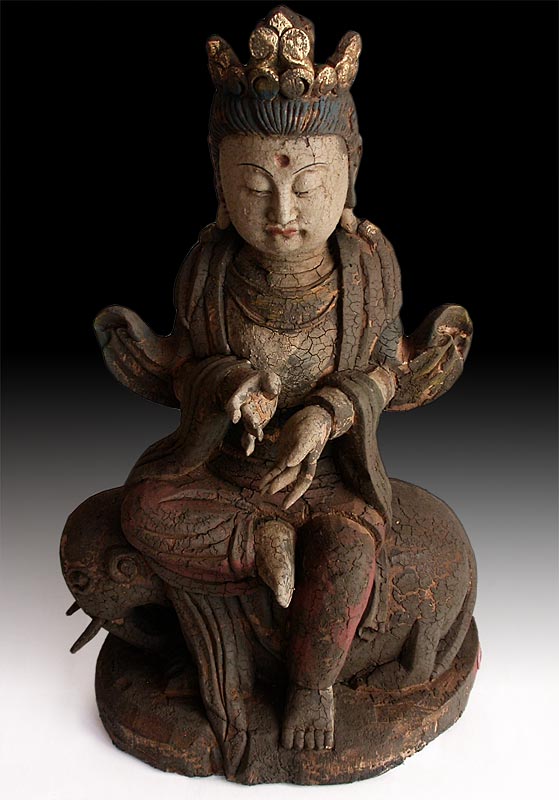