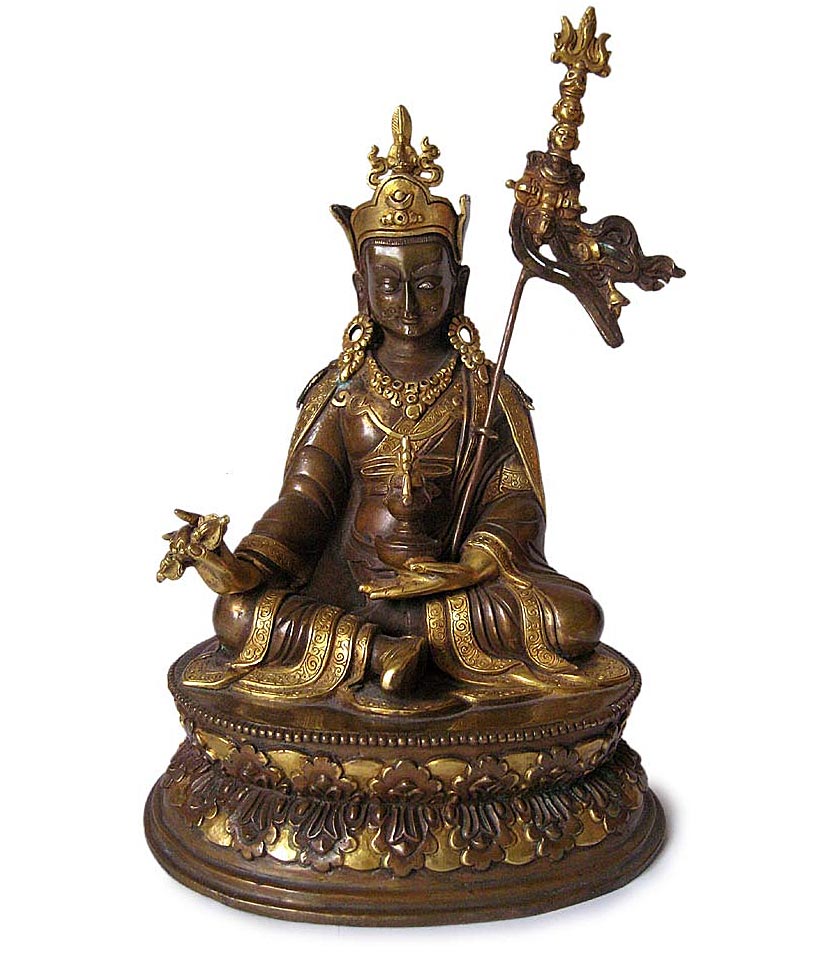 In Tibetan Buddhism, Padmasambhava is considered many things a saint, a living Buddha who was also recognized as a powerful magician and the founder of the Nyingmapa order. He was invited by King Trisong Detsen in ca. 715 to come to Tibet to subdue the local spirits who according to legend were obstructing the introduction of Buddhism. Using phurpa rituals, Padmasambhava convinced the local spirits to become protectors of the Dharma (Dharmapalas). His primary female consorts (who were each considered living Buddhas in their own right) were two princesses, a Tibetan and Indian: Yeshe Tsyogal and Mandarava.

The interplay of artfully applied gold, seasoned polished bronze and distinguished highlight of silver on this 19th century parcel gilt bronze statue communicates artistic acumen and mastery. Here strength beauty and spiritual presence is fused into form. At the top of the statue, Padmasambhava's head is covered with a lotus hat atop which a half-vajra and a single vulture feather is perched. On the front of the cap is the crescent moon and the orb of the sun that is also a symbolic representation of the bindu (the dynamic center and source of all creation). The hand-etching that defines and compliments the detail on Padmasambhava's face is particularly elucidating. The eyes, rendered in polished silver, are compelling: vivid, alive and deeply awake. His mustache is depicted as graceful curves and artfully etched filigree. Additional definitive etching gives shape to the eyebrows and a hint of hair. His highly detailed gold plated earrings stretch out of supple lush earlobes. His robes bordered with intricate gold detail on multiple folds communicate royal monasticism. The details and symmetry in the folds of Padmasambhava' s robes are additionally elegantly depicted on the back of the statue. In the front, his right foot shod in an elegant traditional slipper is realistically depicted and arched forward with the sole exposed. Traditional depictions of Padmasambhava show him holding a variety of symbolic accoutrements. This statue shows him holding a double vajra in his left hand, a stupa in his right. Rising above Padmasambhava is a khatvanga, a danda with three severed heads denoting liberation from the three worlds. This is crowned by a trishula and dressed with a sash of the Himalayan Rainbow or Five Pure Lights of the Mahabhuta. The khatavanga, the tantric staff is a particular divine attribute of Padmasambhava and endemic to his iconographic representation. The base of the statue is a highly ornamental lotus that provides a solid resting place for this elegant powerful bronze that is in excellent condition. (SD) 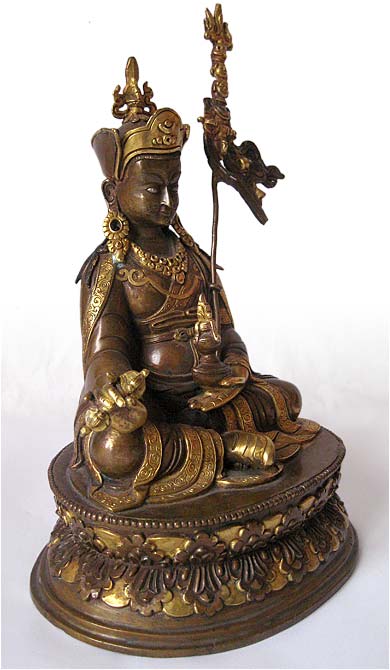 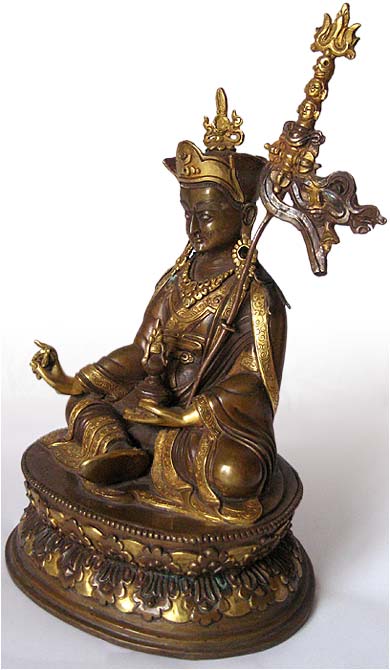 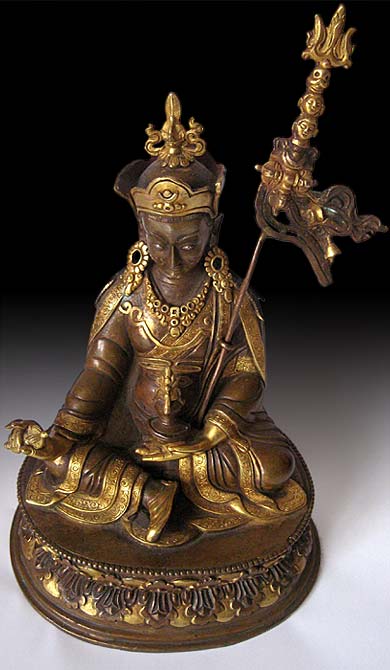 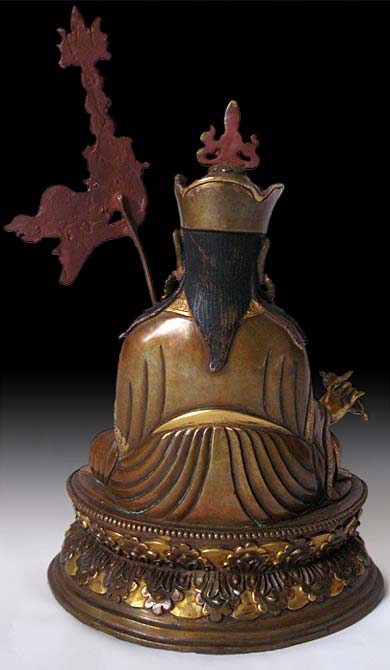