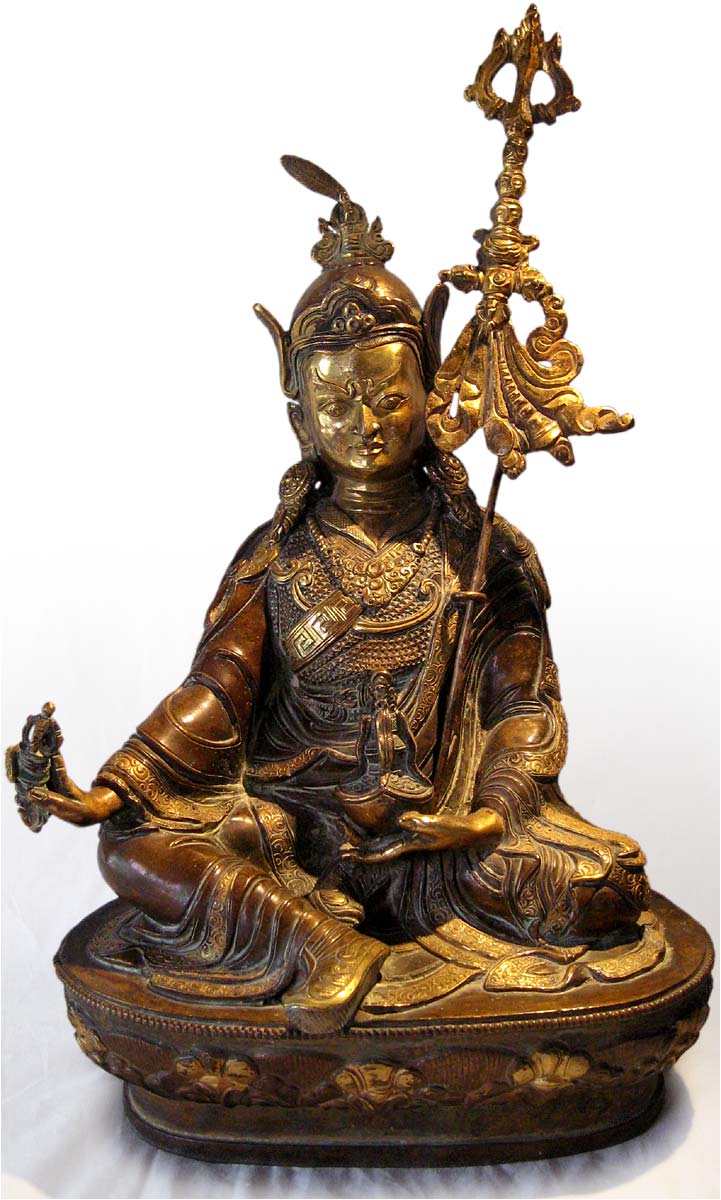 Antique Gilded Bronze Buddha
This 19th Century Tibetan Bronze is exquisitely rendered with many distinctive and rare features. The statue in its attributes fuses the royal warrior aspect of Padmasambhava, noted in the intricately rendered chain mail that hangs in folds from his chest. His warrior’s helmet is poised in juxtaposition with a delicate feather at its tip and embossed with the signet of the crescent moon and bindu (the seed center of creation), that mirrors the power of his three eye gaze each eye seeing into the depths, beyond the cycles of birth and death. In his left hand Padmasambhava carries the traditional skull cap, overflowing with ambrosial nectar or the brain itself in a poignant designation of the emptiness of all things. The skullcap is then embraced in an intricately rendered stupa enclosure. In Padmasambhava’s right hand a vajra is gracefully poised in ceremonial motion. Rising above this Buddha, is a katamka with the three heads that represent the three kayas of body speech and mind. The tasseled flags and ribbons on the kamataka are particularly realistic as are the sumptuous rendering of the textiles, of Guru Rimpoche’s robes. Look in the back of this stature and you see this Buddha’s hair flowing full, in luxuriant strands down his back. This bronze gold-gild statue would have been created with a single clay casting. The detail on the gold-gild is all done by hand This exquisite bronze is in excellent condition. (SD) 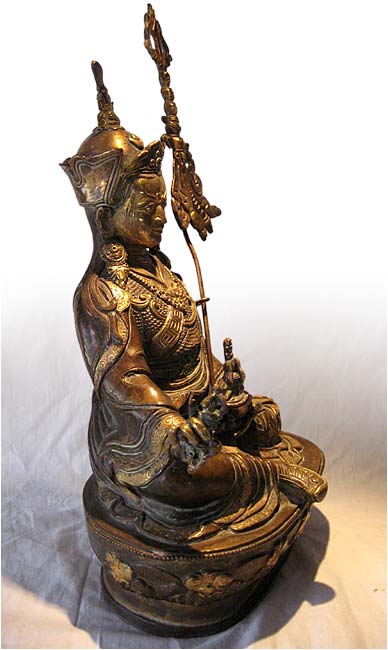 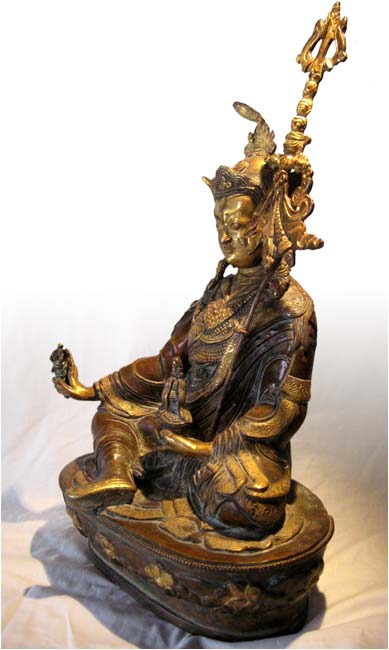 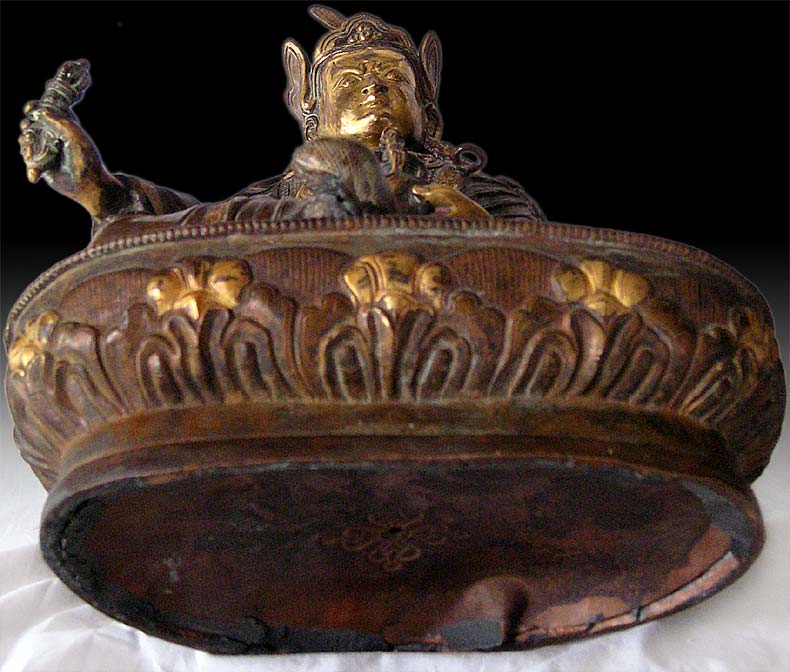 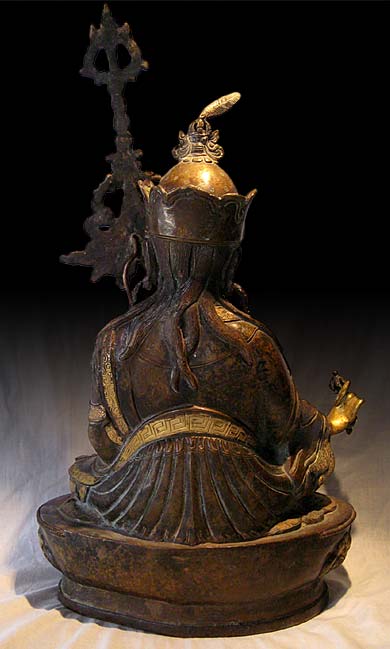 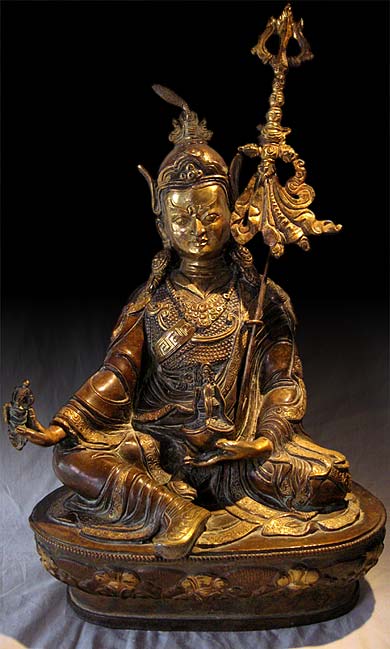