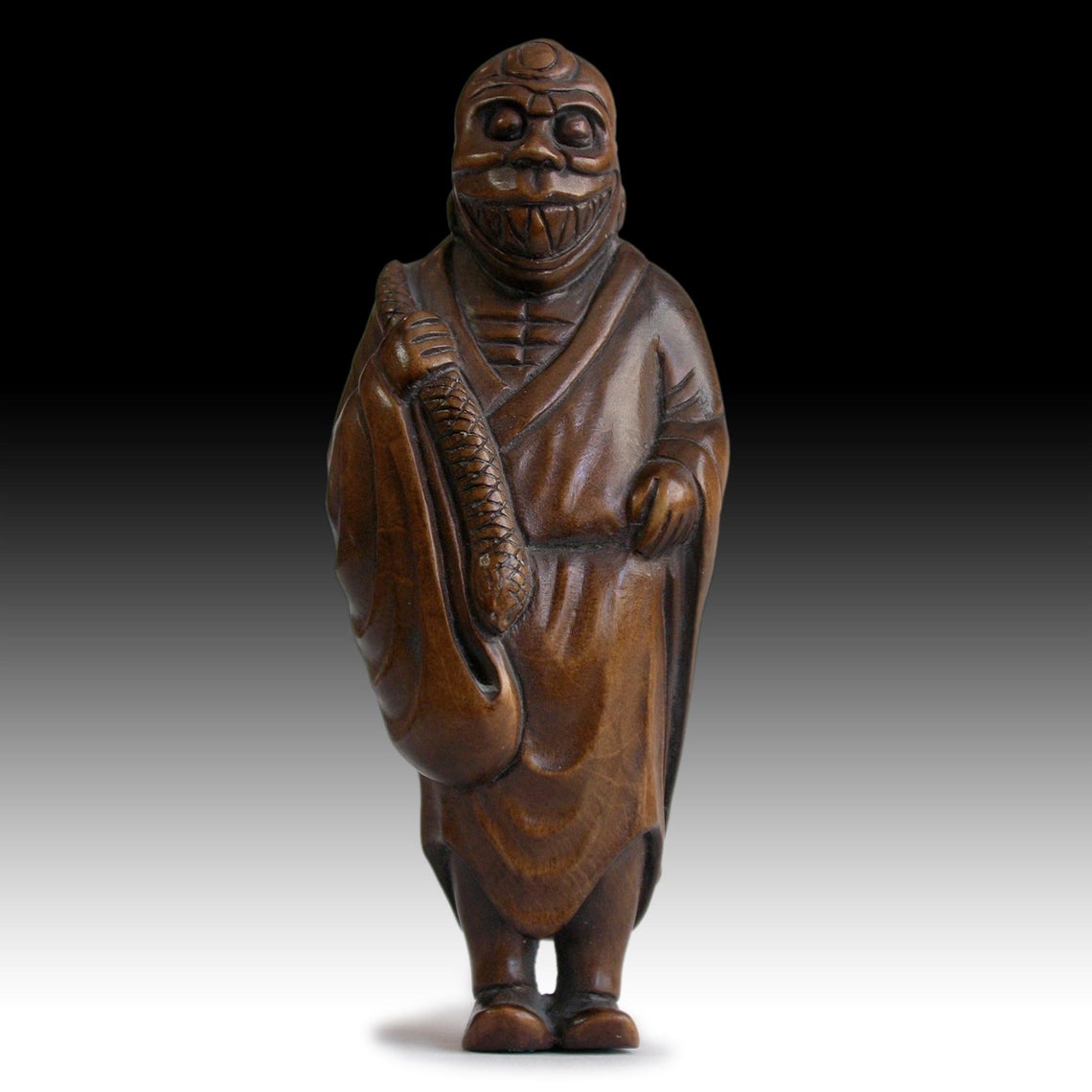 Antique Japanese Wood Netsuke
There were hundreds of fantastic demons and ghosts in Japanese folklore. Fox priest and Bakemono are goblins in a humanoid form capable of benevolent and malevolent actions. In this large boxwood carving, the grimacing Bakemono in a monk robe is identified as Onyudo, or Obozu, the Big Monk. He is holding a snake staff, with a large malicious smile baring two rows of sharp teeth, in addition to two bulging eyes, he has a large third-eye that could petrify people in one gaze. The close-grained netsuke is tactile and well preserved in chestnut brown; attributed to the late Meiji or Taisho eras, signed on one foot by Gyokuzan; who died in 1923 in the Taisho period. 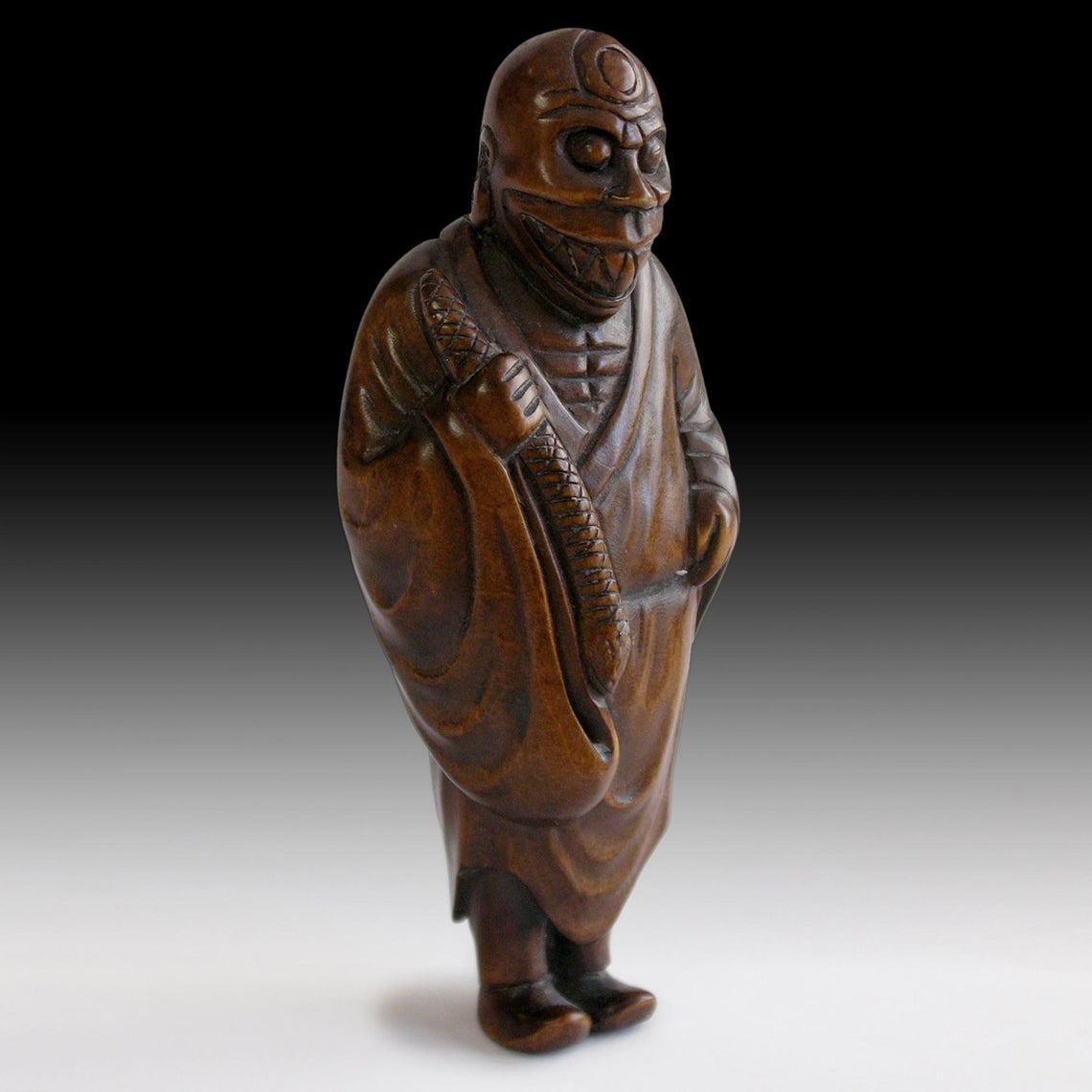 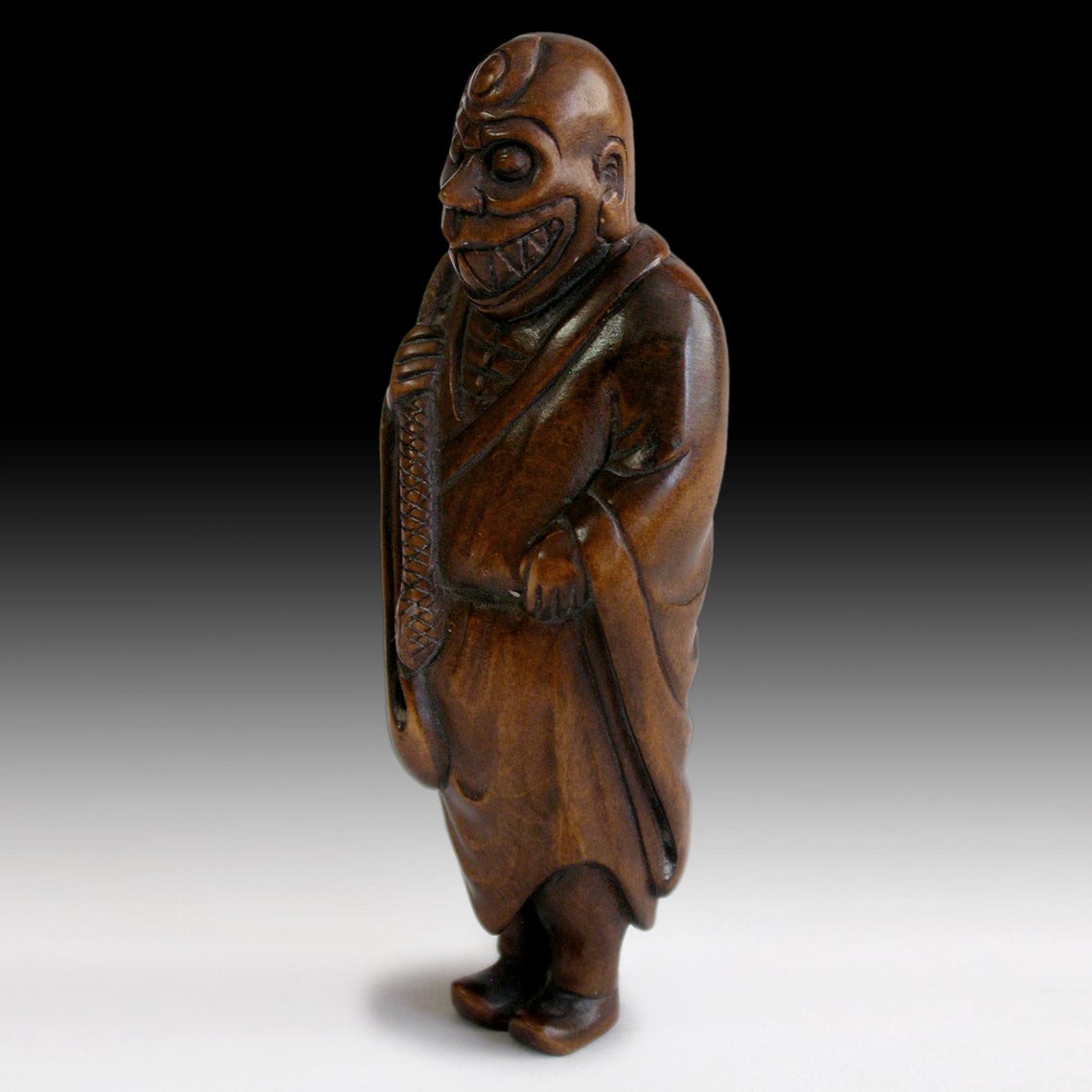 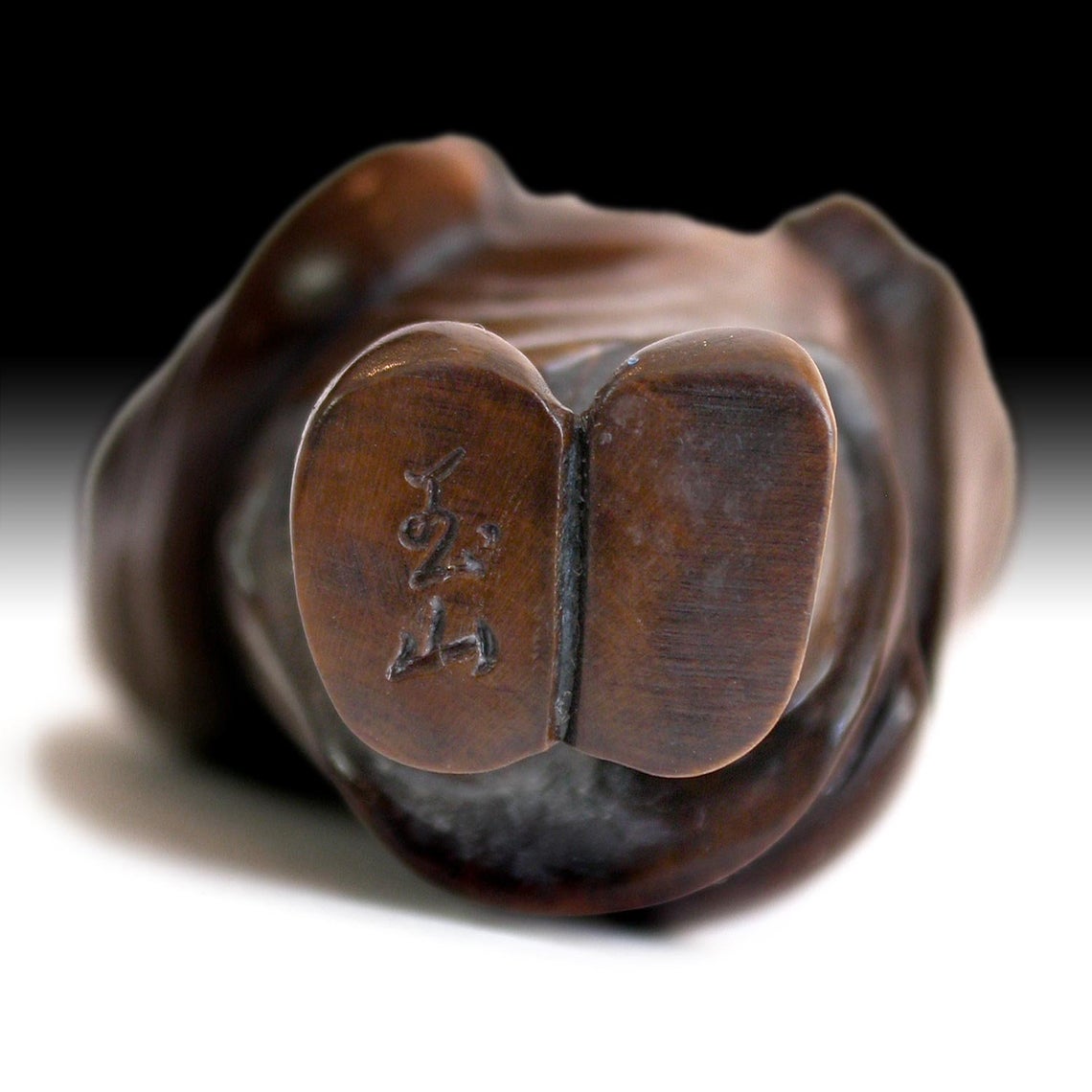 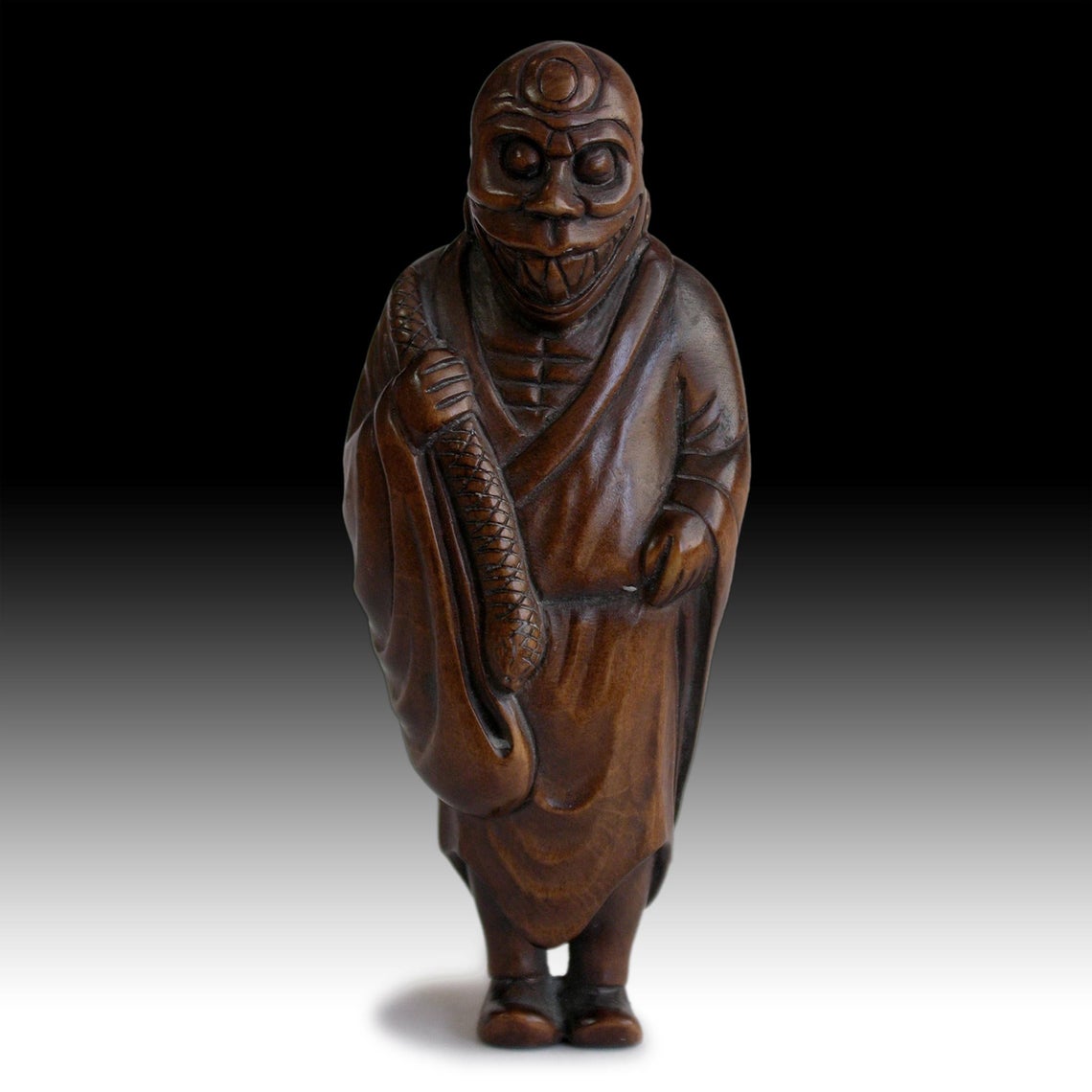 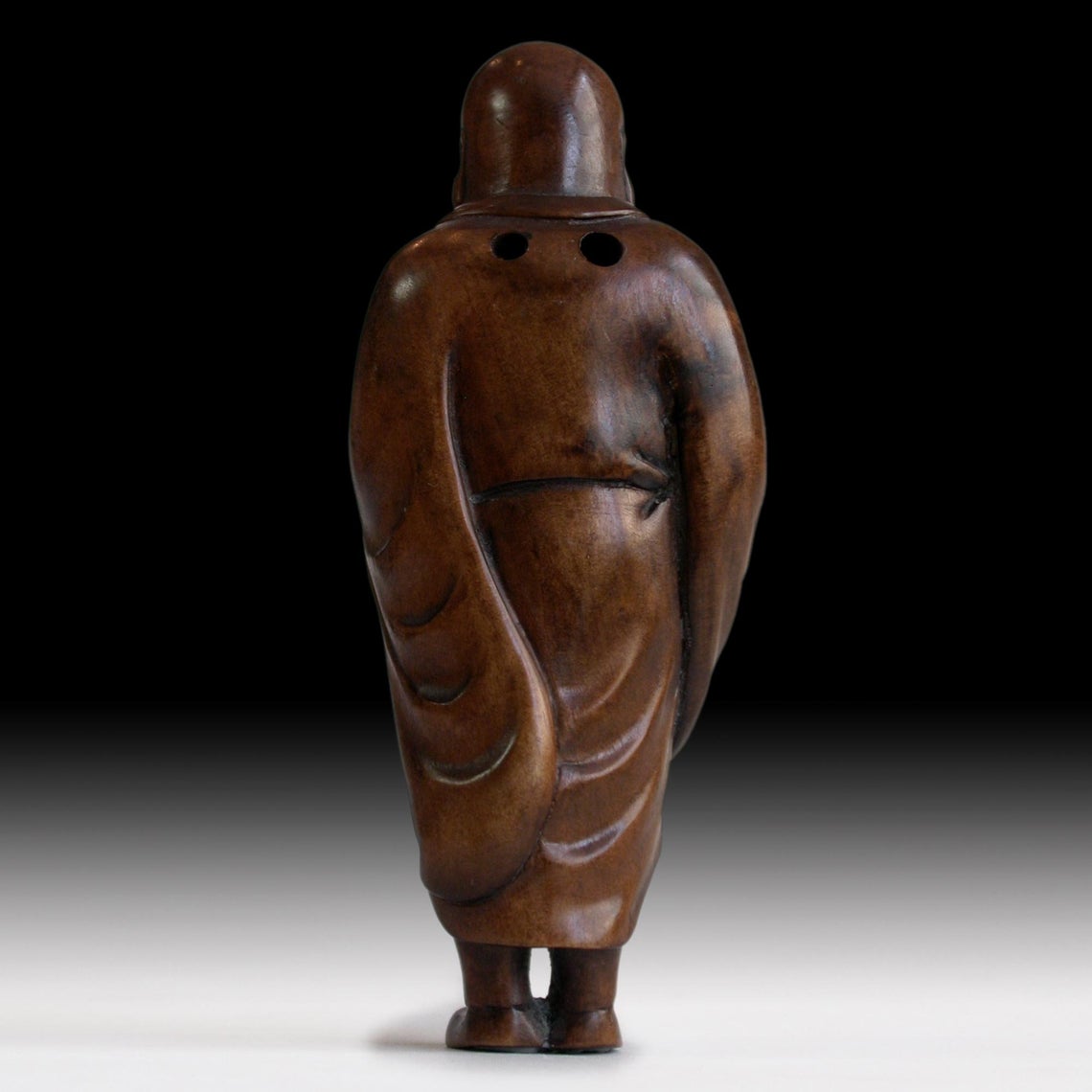