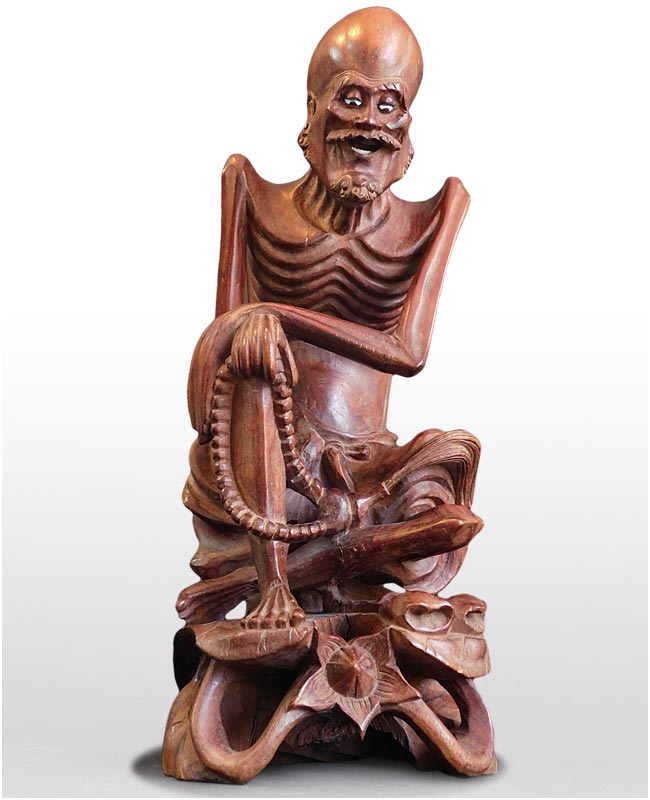 Vintage Chinese Boxwood Carving
After his renunciation of the palace life practicing asceticism, the emaciated Prince Siddhartha was vigorously engaged in meditation without food, consuming only a few seeds and water from the nearby banks of the Niranjana River. After six years, Siddhartha remained unable to attain his goal. Then one day, he went bathing in the river and accepted a rice ball from the hand of Sujata, a maiden who belonged to the untouchable caste. He realized that severe asceticism could only wear out the body, thus depriving the strength that he needed to attain the path to enlightenment. Such is the profound story told elegantly by a master carver. The emaciated Shakyamuni's skin-and-bones figure is finely realized in a stylized realism unique in the Chinese style. The image of Shakyamuni is in exhaustion. Yet his facial expression reveals a joyous and spirited realization. The Huang-yang wood carving is highly polished to an even shine with a sumptuous maroon-red hue. It has a couple of thin short age cracks on the figure. Overall it is in mint condition. 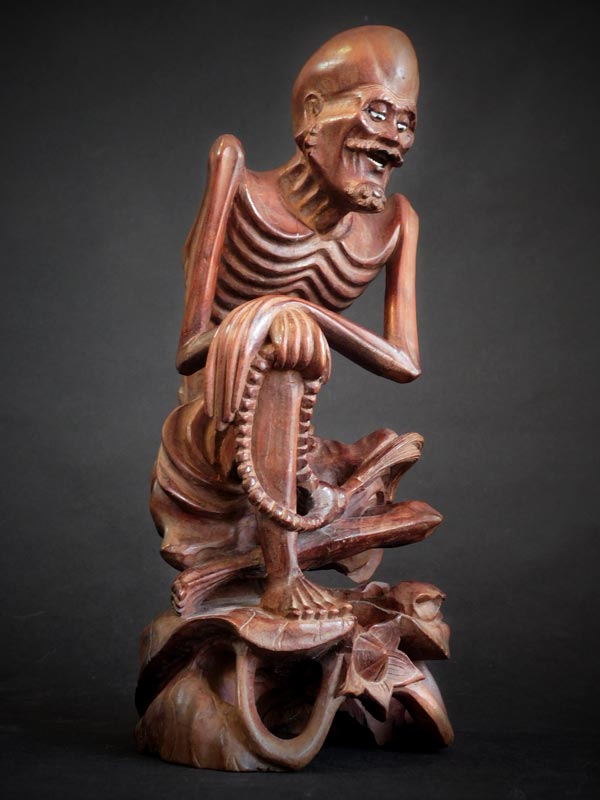 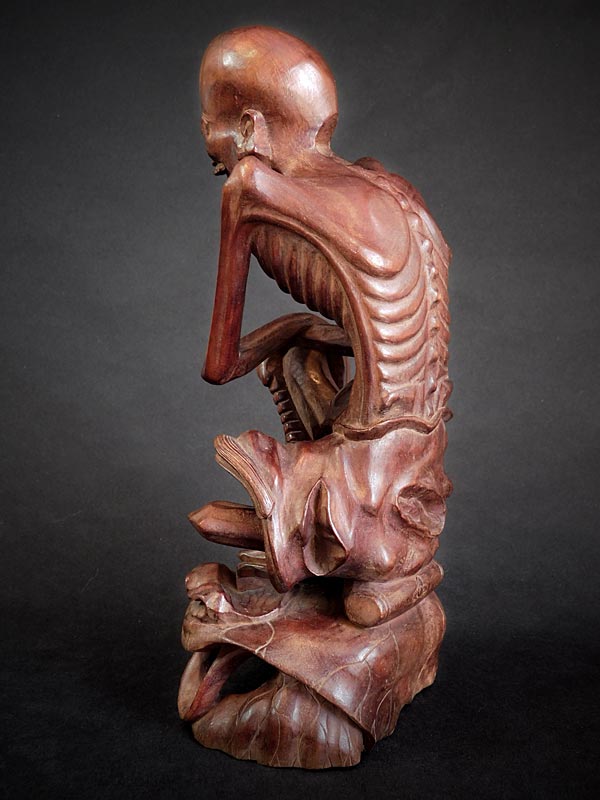 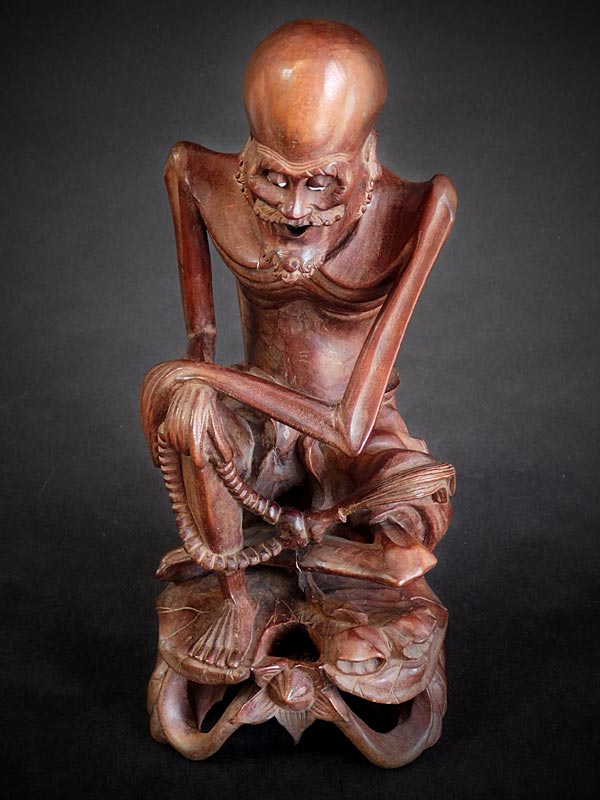 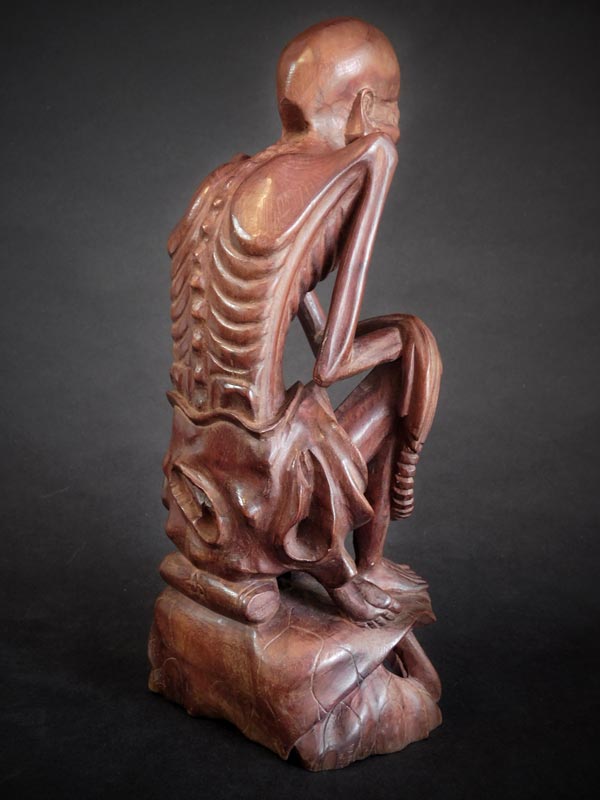 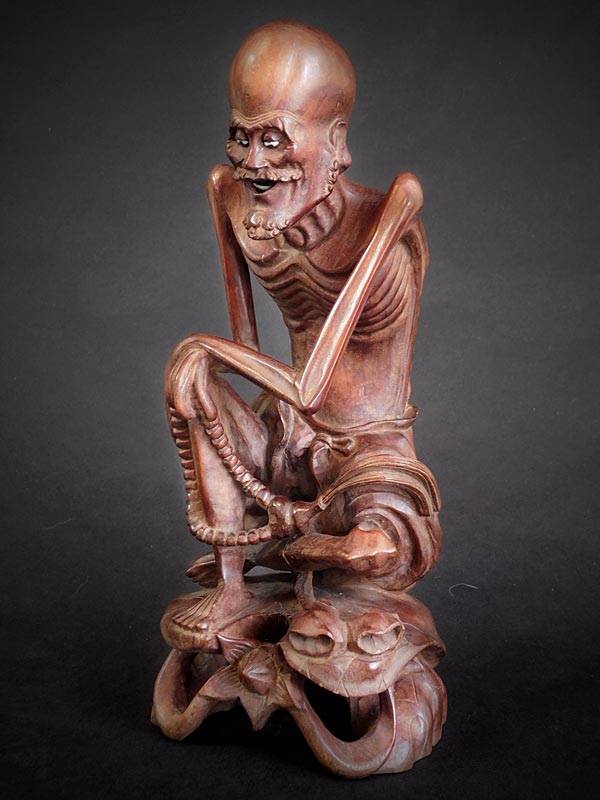