Japanese Hollow Core Wood Buddha
Standing left foot lightly forward on a lotiform lotus stand, hands forming the raigo-in (welcoming) mudra that signifies Amida's descent from heaven to greet faithful devotees in life and in death. This statue was made of Japanese cypress in joined block construction technique, in which the head and body consist of front and back halves joined on the side, with carved out hollow core designed to prevent cracks from occurring in time. Hair in black lacquer, brushed and gilded gold for the figure, reverse-painted crystal inserts for his downcast eyes, crystal inlaid for the ushnisha; due to the popularity of Jodo Buddhism since the 13th century, this exquisite statue of Buddha of the Western Paradise is typical of many that were made. However, it's noteworthy that the unusual broad face and square jaws are characteristically Chinese, and he is akin to numerous Buddha statues and paintings found in the Song Dynasty era (960-1279). In spite of its 500 plus years, the statue is in superb condition, with minor damages and restorations to the lotus pedestal, the lacquered wood base is likely constructed at a later date. 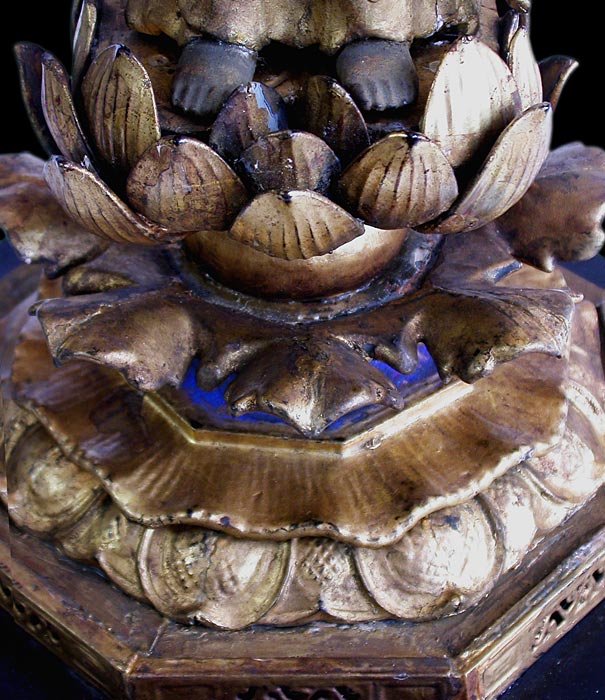 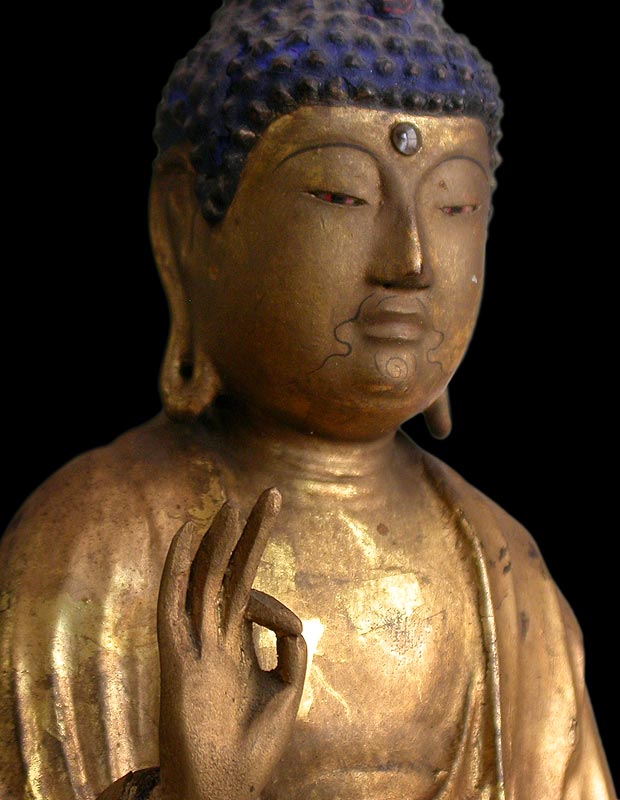