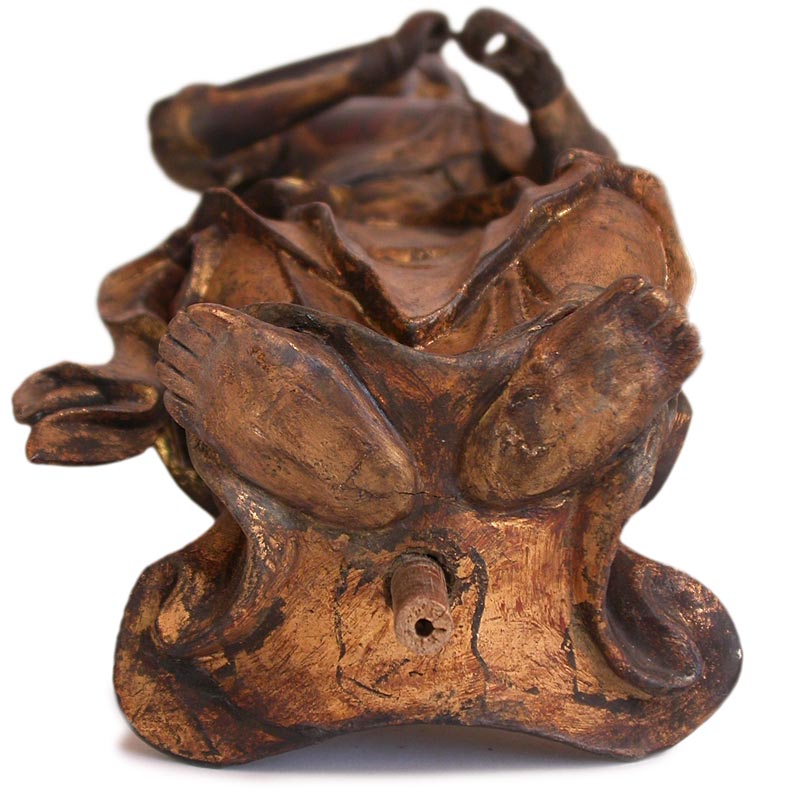 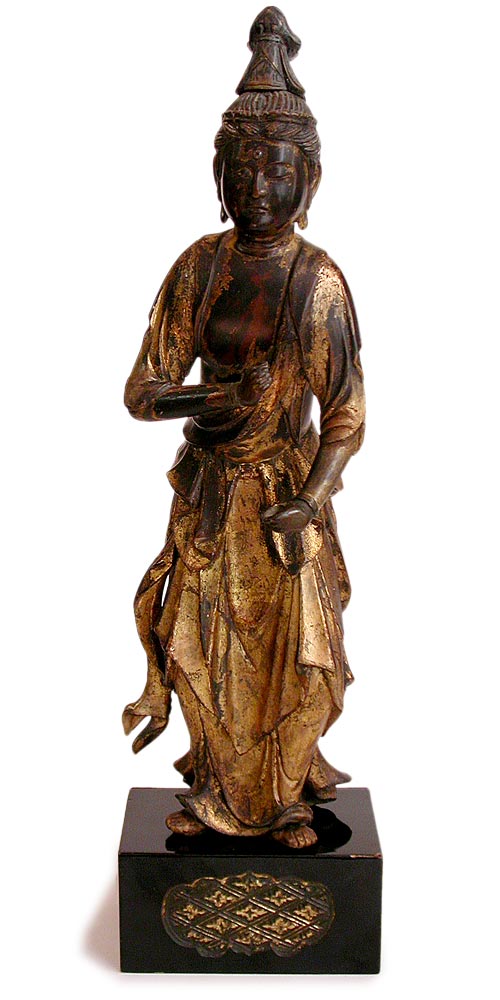 Tennin 天人 and Tennyo 天女 are angels, or divine messengers Tenshi 天使 found in Japanese and Chinese Buddhist traditions. They are bodhisattvas or spiritual beings accompanying the Buddhas in the heavenly realm. In this 18th century hollow-core wood carving, the statue was made of Japanese cypress in joined blocks construction, with meticulously brushed lacquer and gilded gold, crystal inlaid for the ushnisha, and reverse-painted crystal inserts for her downcast eyes. She leans slightly forward in a noble and courteous mien, hands hold forth in an offering gesture, possibly once held a lotus in her hands. With The rolling pleats and folds of her dress, the Tennin appears floating just above the earth. Her life-like presence denotes the carver's intricate skill that exemplifies the artistic sophistication and elegance of the early Japanese wood carving. A similar Bodhisattva was found in the Monmyo-Ji temple in Kyoto bear the name Gyokai 行快. The senior disciple of the famous Buddhist sculptor Kaikei 快慶, also known as Busshi. The uncanny resemblances of these statues suggested that the figure is Seishi Bosatsu 勢至, the attendant of Buddha Amida. There are minor losses and some age cracks; the 18th-century hollow-block carving displays above a newer black lacquer pedestal, in sublime and good condition overall. 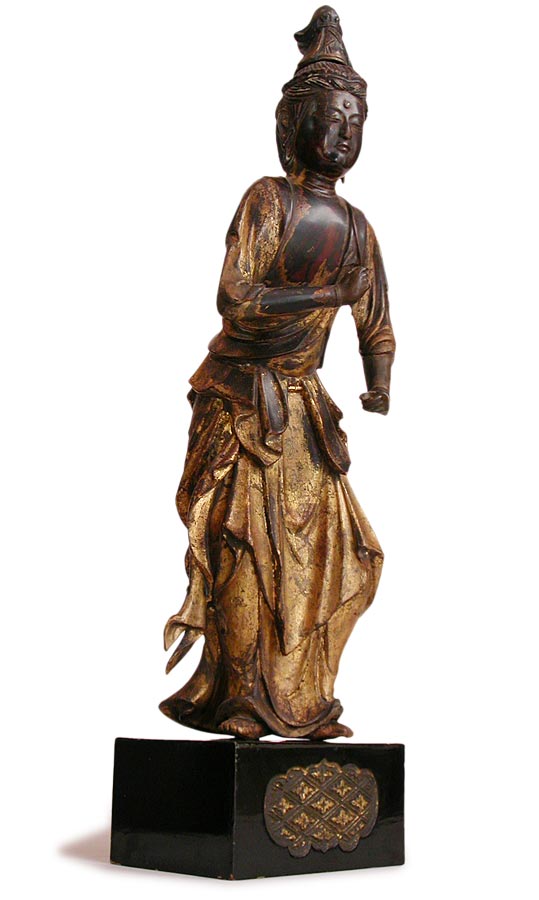 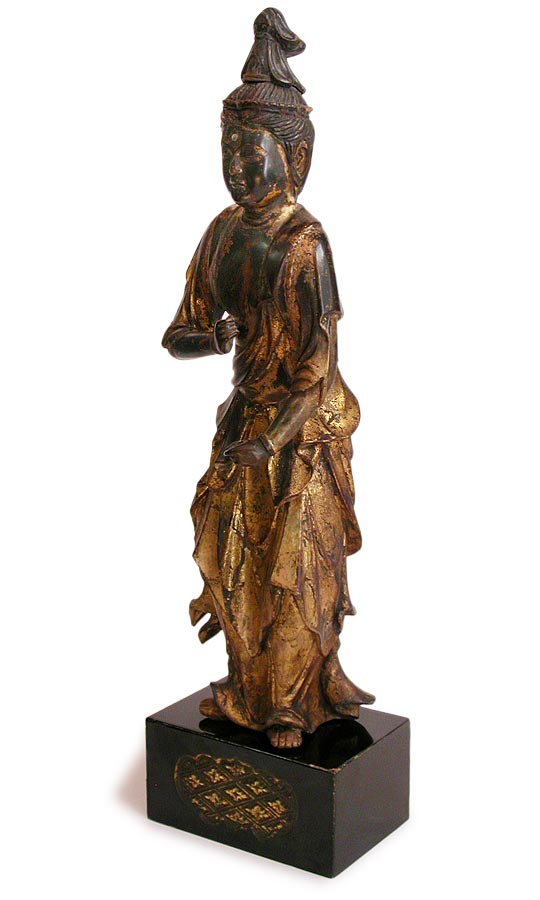 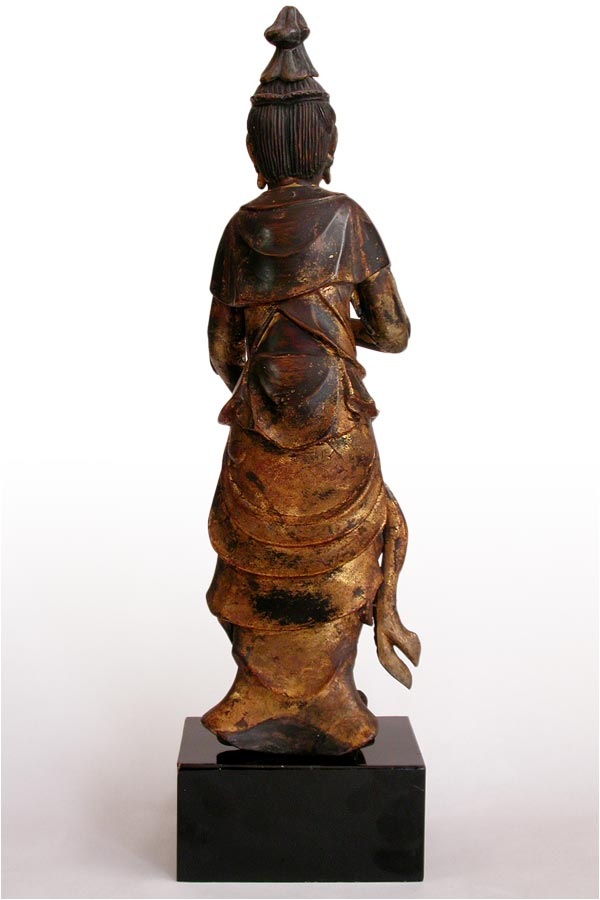 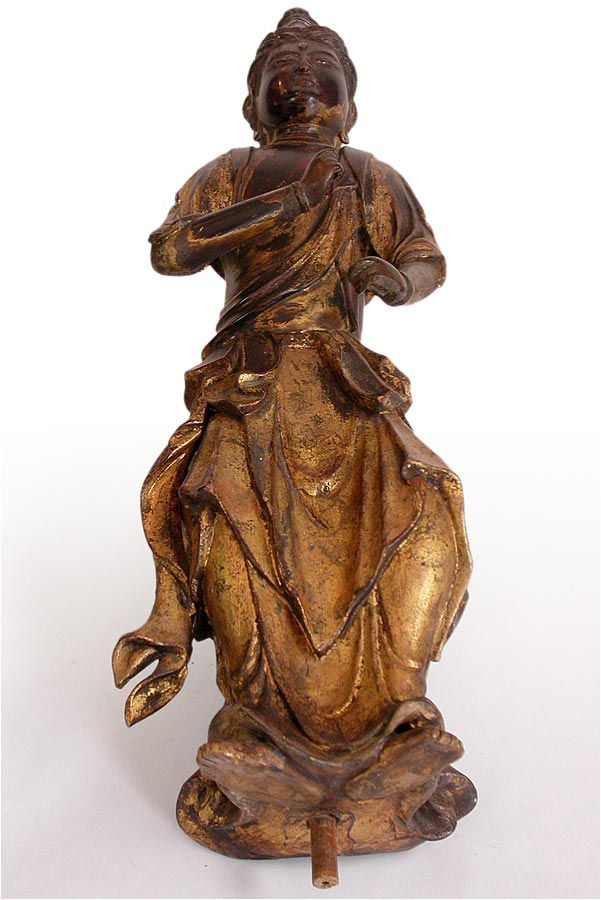 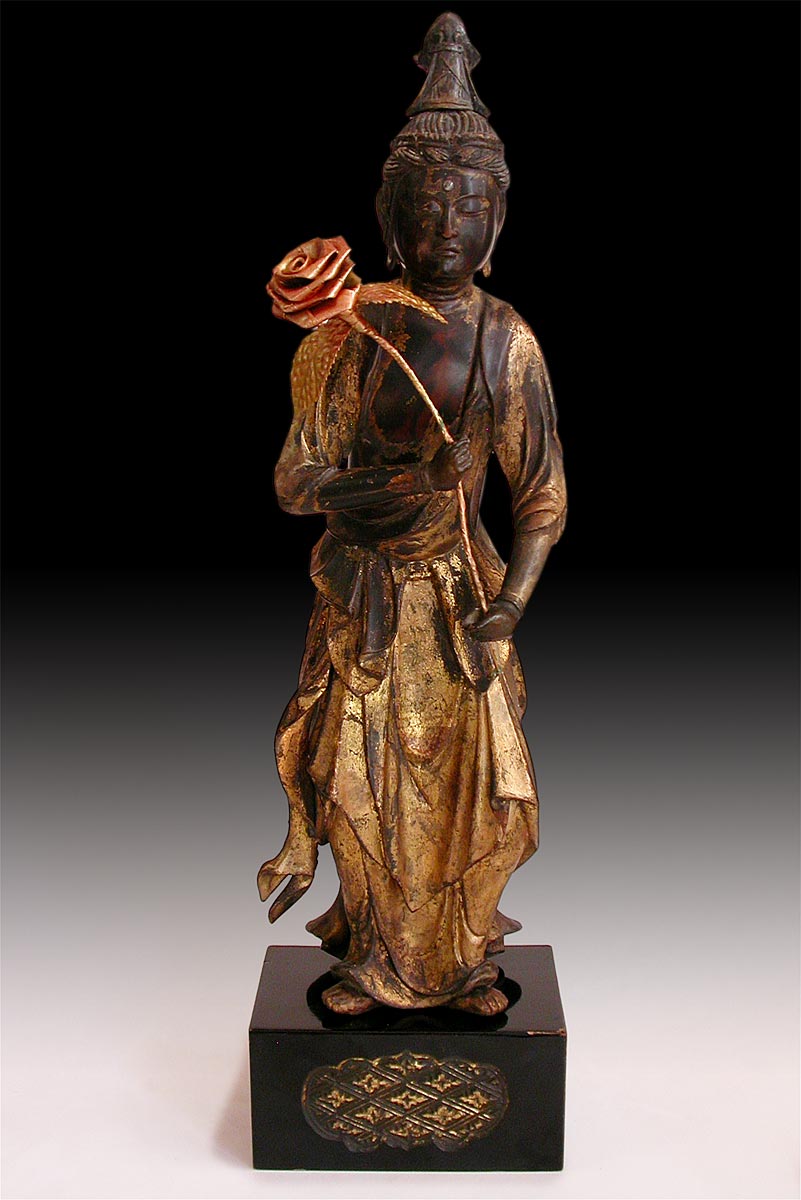 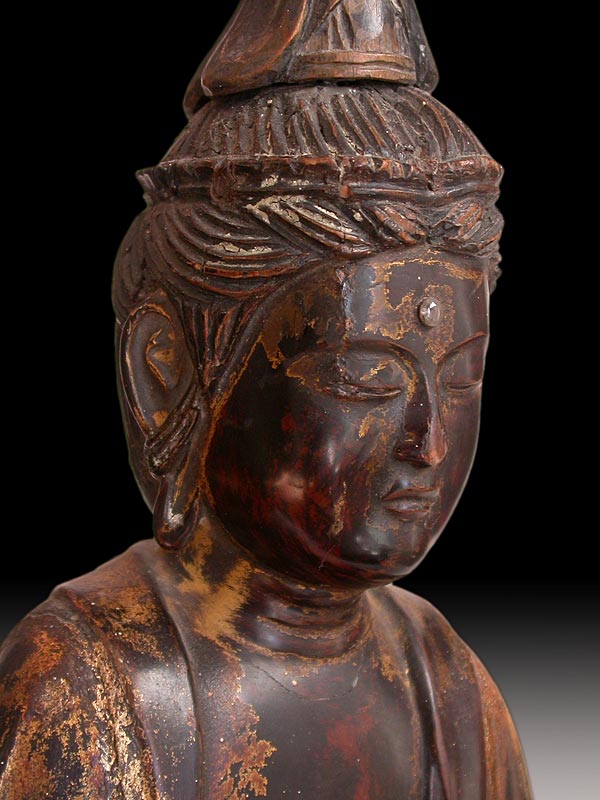 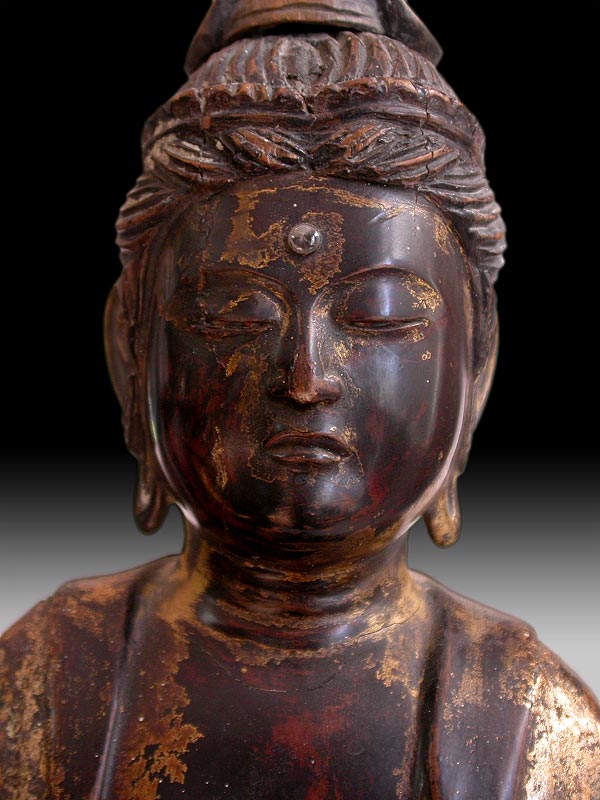 You should be prepared to bow, even in your last moment.
-- Roshi Shunryu Suzuki