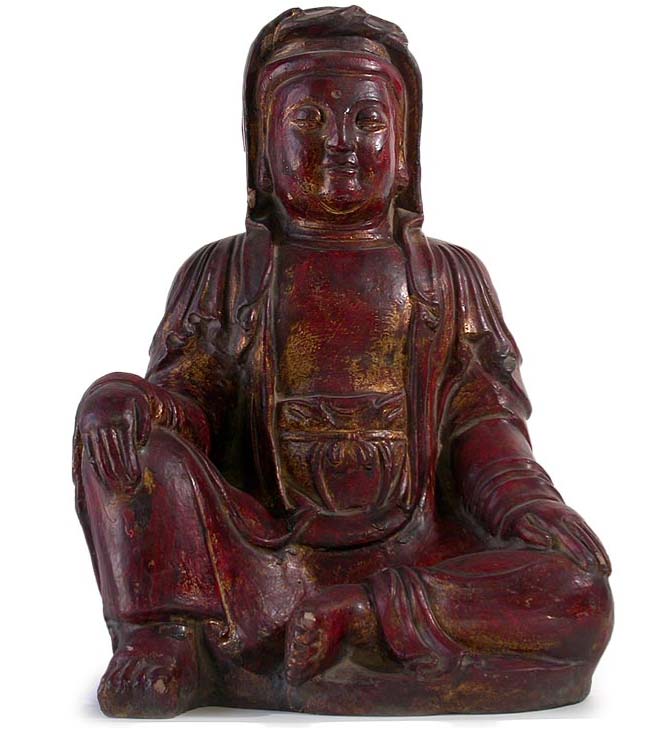 Eyes gazed downward in meditation, with one hand resting on the raised right knee, another hand on the left knee in half-lotus position, this dynamic posture of Kwan Yin in perfect composure is generally known as "royal ease", which owes its origin to the Tibetan Tara motif. But the rich red lacquer and traces of gilt, the bodhisattva’s acestic headdress and lush pleated robe, and the symmetrical design are distinctively of Chinese origin; in Ming-style, but attributed to late Qing dynasty.

>The lengthy procedures of dry lacquer shell technique starting with clay that sculpted into the approximate shape of the figure, coated layers of sap mixed with sawdust, covered with several layers of hemp cloth and secured with raw lacquer. Note that each layer had to harden before another layer could be added. After the layering and drying process that takes some months, then the clay mold would be removed, leaving a dry lacquer hollow shell by and large resilient from environment and climate change. 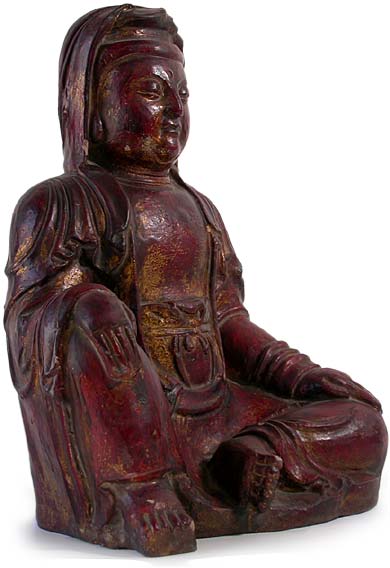 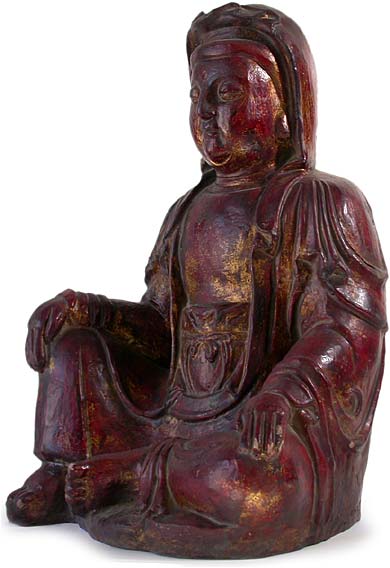 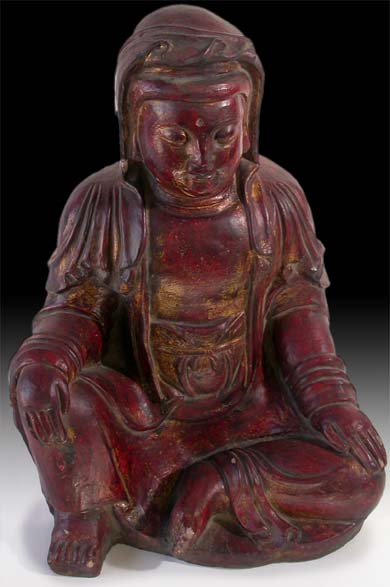 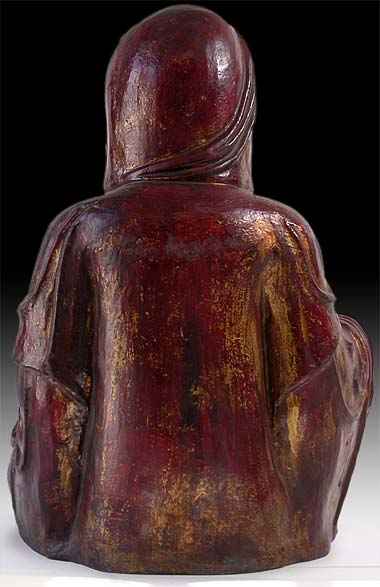