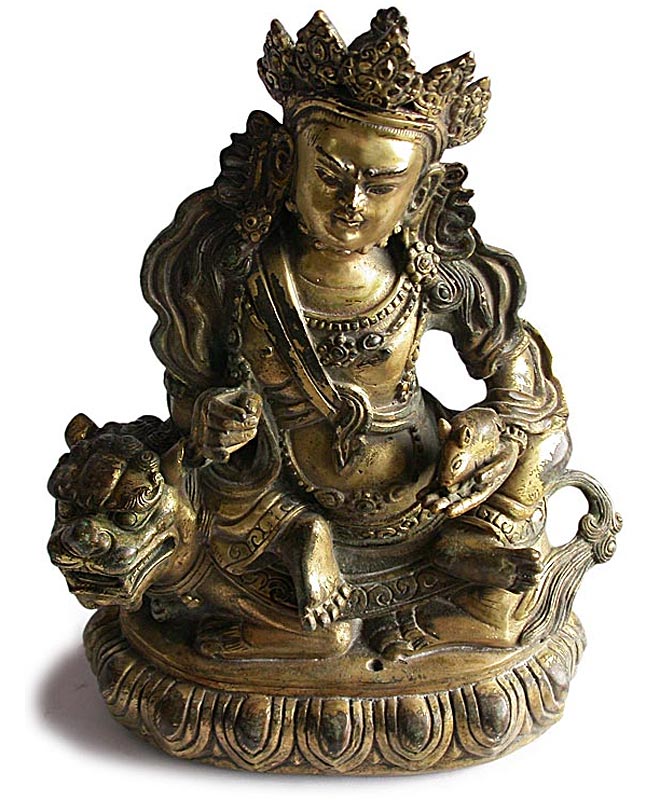 Antique Sino Tibetan Gilt Bronze
Vaishravana (Japanese: Bishamonten), Guardian King of the North, and chief of the four Heavenly Kings who became the celestial Dharma King early on in Buddhism. He is a also known as Jambhala, a popular God of Wealth, the protector of Buddhist dharma greatly worshipped in China and Tibet.
A late 19th to early 20th century Chinese gilt bronze Vaishravana statue in traditional Tibetan motif. He is seated sideways in royal ease on a snow lion above an oval lotus base, wrapped with seventeen double lotus petals in full circle. The Vaishravana statue is detailed and hand chased in full armor, serene and dignified with strength and vigor. He holds a jewel spitting mongoose in his left, and a victory banner in his right which is now missing. The statue has been cast in one piece. It is tightly closed with a five-leaves repousse on copper plate. 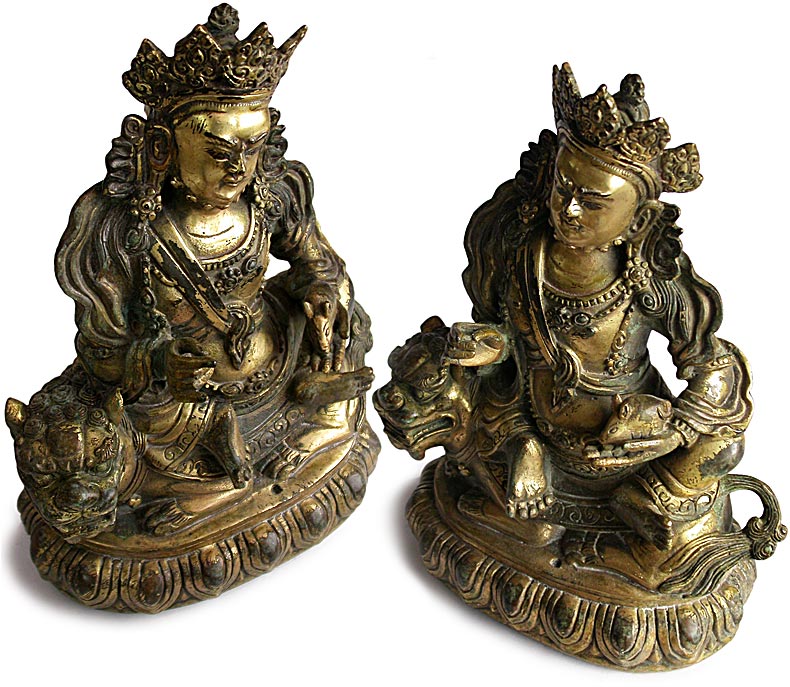 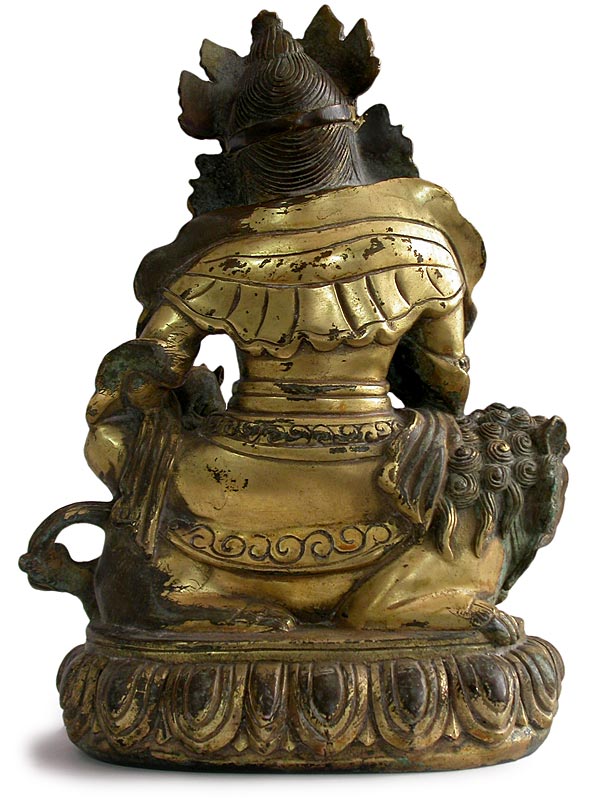 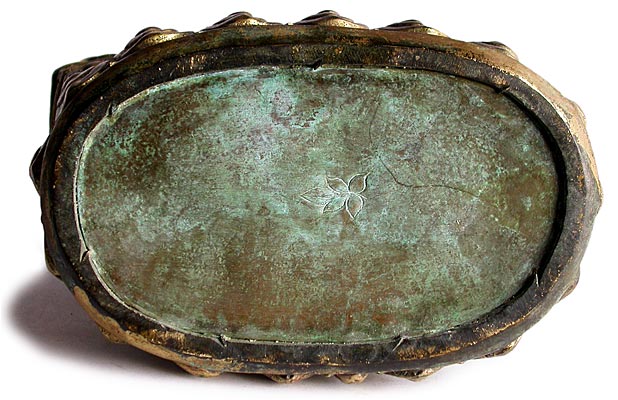 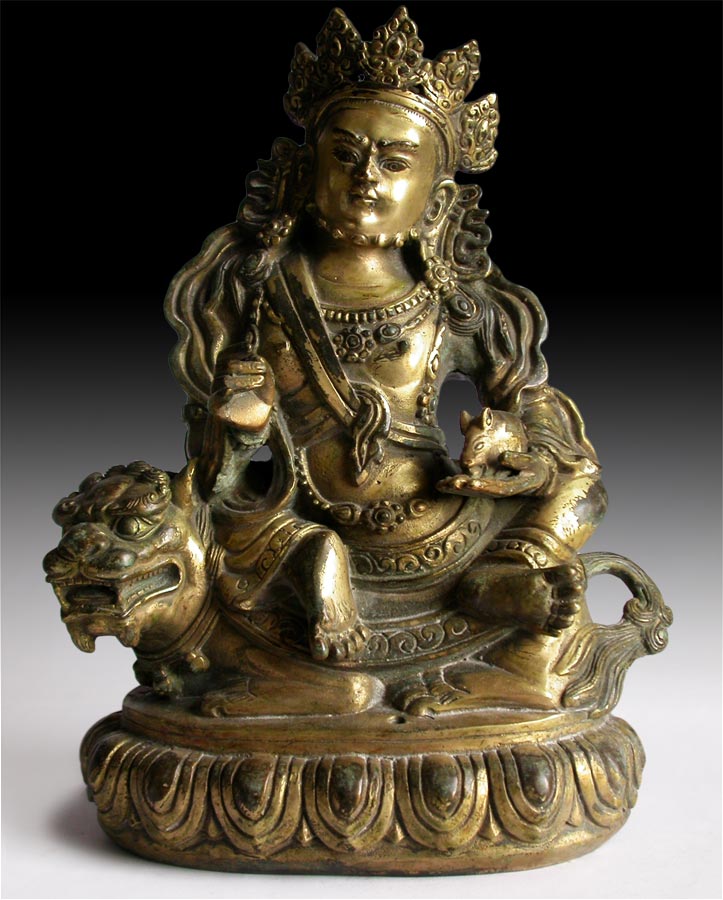