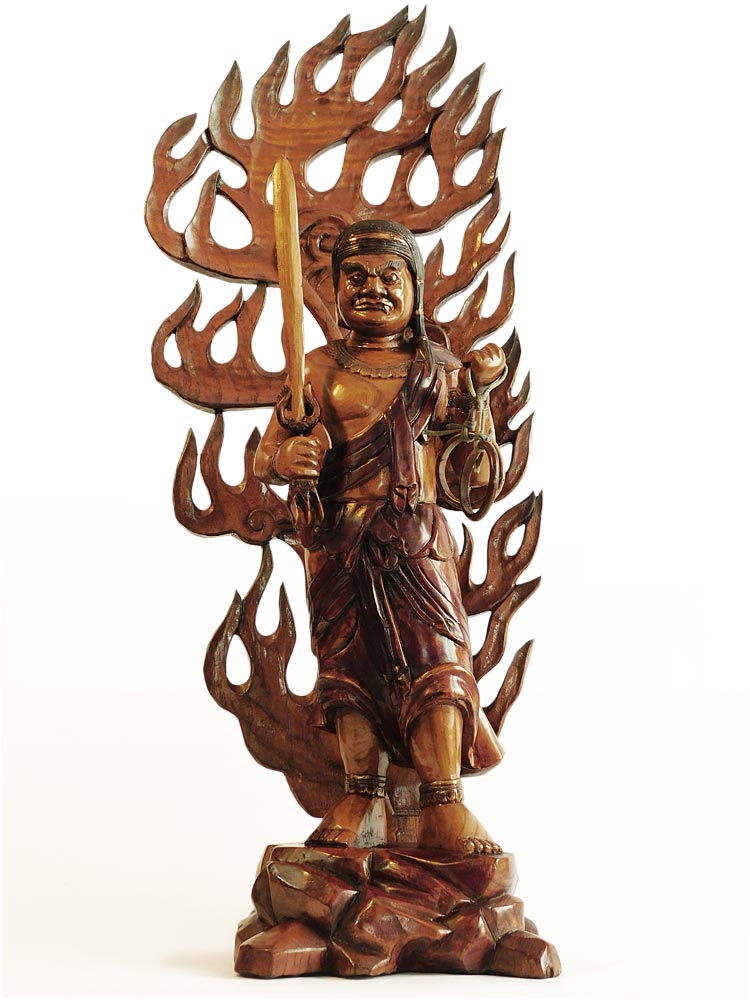 Vintage Japanese Carved Wood Buddha Statue
A votive hinoki wood carving by depicting the Immovable Buddha standing on a boulder engulfed in the wisdom fire. The Angry Buddha is holding a vajra-hilt sword in his right hand that cuts through all negative emotions. In his left hand is a rope with handcuffs that bind men of ignorance, a means by which lead them to enlightenment. Here in his fierce appearance, the Angry Buddha is raging with the power to appease and conquer the passions in our minds. The name Fudo Myoo means motionless or unshakable like that of a mountain. It is a Japanese name for the Vajrayana Buddha Acala. In Sanskrit, his name means Conqueror of Three Poisons. He can transform love, hatred, and ignorance into energy that leads to enlightenment even in a single lifetime. As guardian of the Buddhist faith, Fudo Myoo is the wrathful manifestation of the Buddha Mahavairocana. One of the Five Great Kings of Light. He represents the beginning of the spiritual quest, the awakening of the Bodhicitta, and the beginning of compassion. 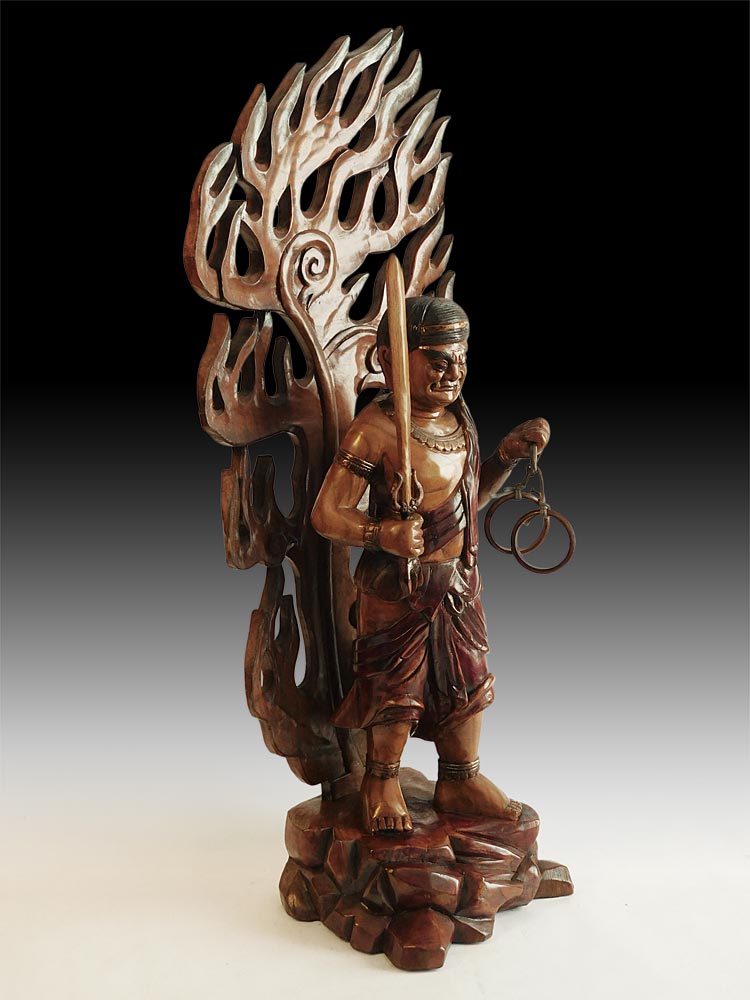 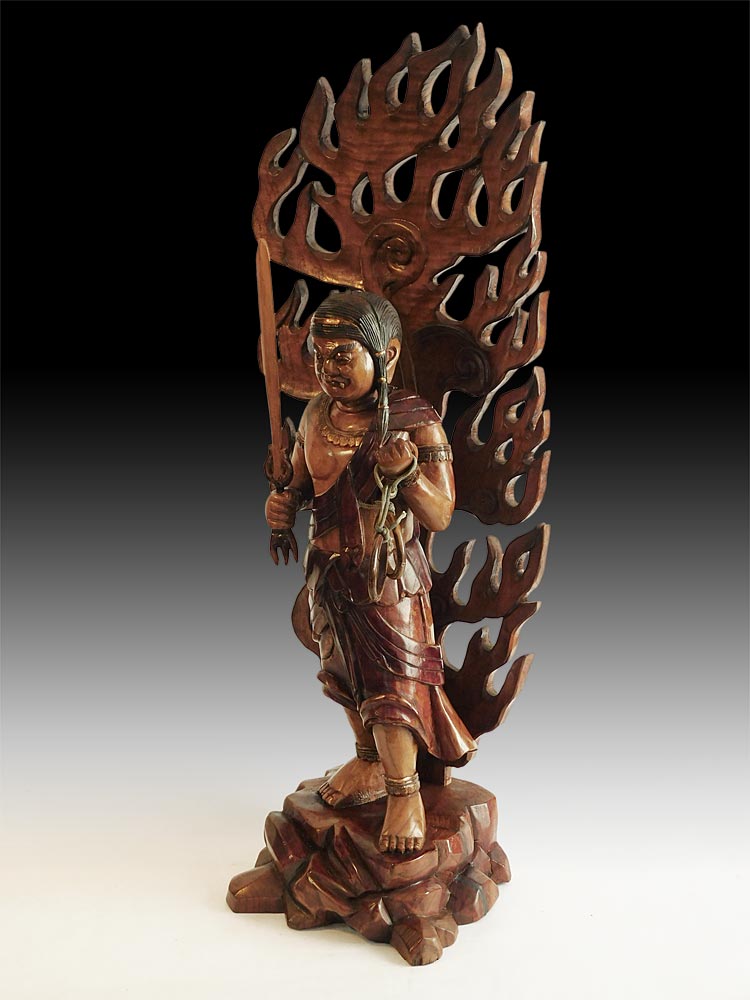 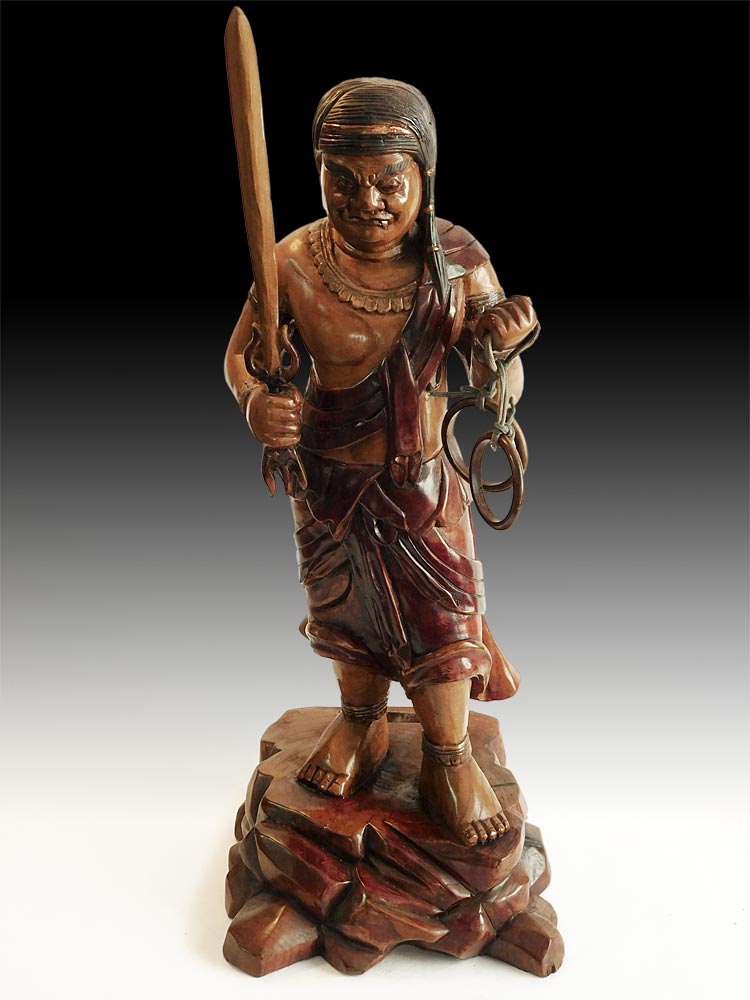 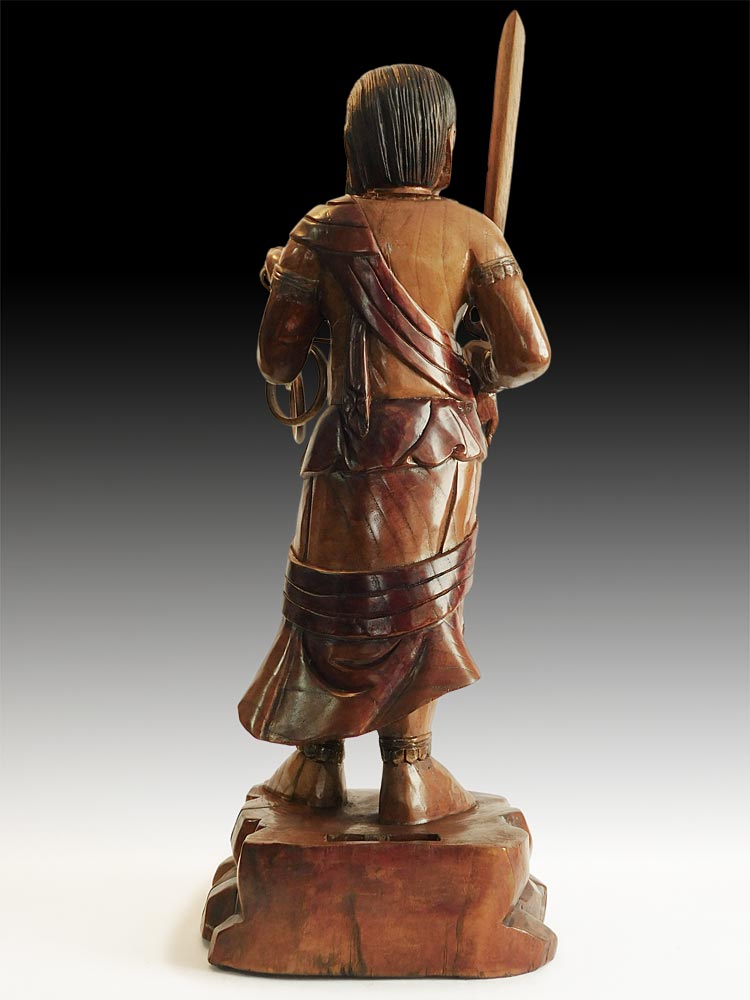 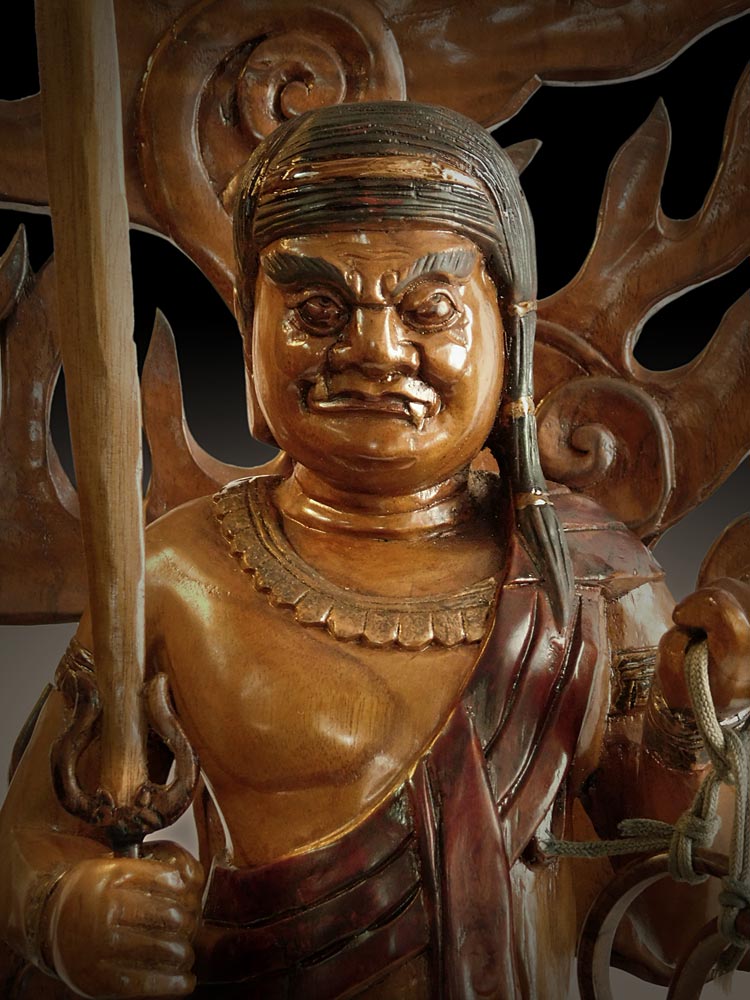