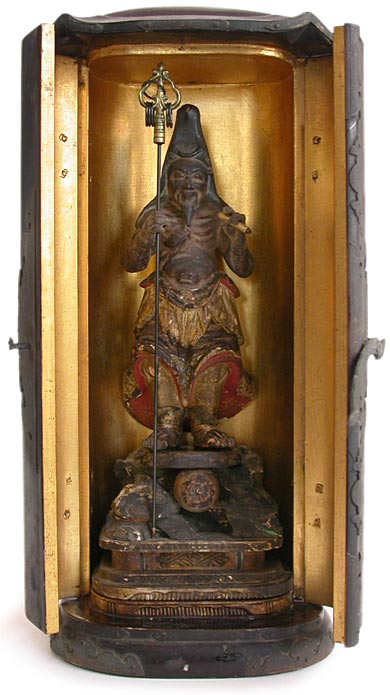 Antique Wood Statue and Zushi
Enshrined in a lacquered zushi, this small but spirited statue is a rare representation of En no Gyoja, the legendary founder of Shugendo Sect in the early 8th century, and later granted the honorary title: Shinben Dai Bosatsu by Emperor Kokaku in the 18th century. En no Gyoja is believed to have lived an itinerant life in the mountains, he is regarded as a patron saint for those who practiced spiritual devotion in a secular life. This characteristic sculpture shows him as a bearded ascetic, holding a scepter and sutra scroll in hands, bare feet, wearing a hooded monk robe with a cloak of leaves. The image is realistic and serene, with emphasis on the sage's wizened body. Meticulously painted over a lacquered wood surface; which mellowed through ages with added enchantment. 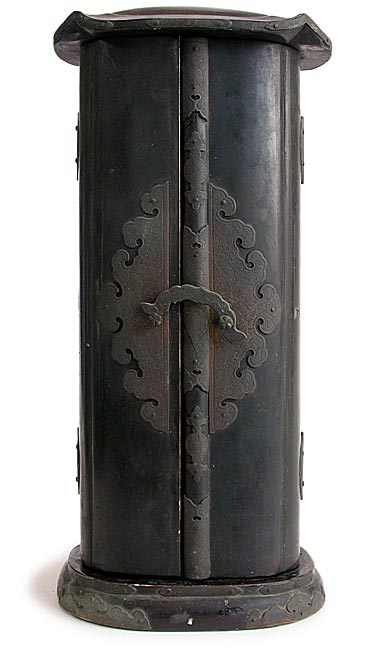 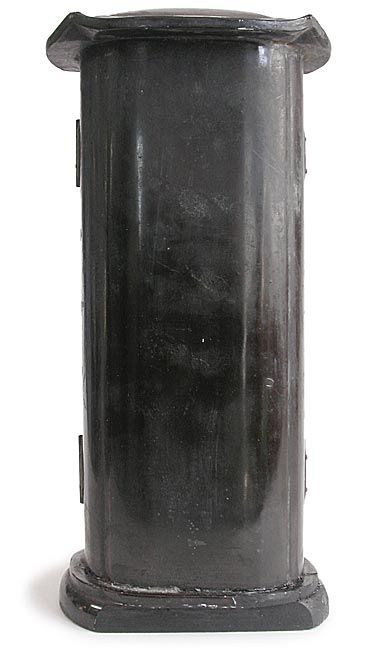 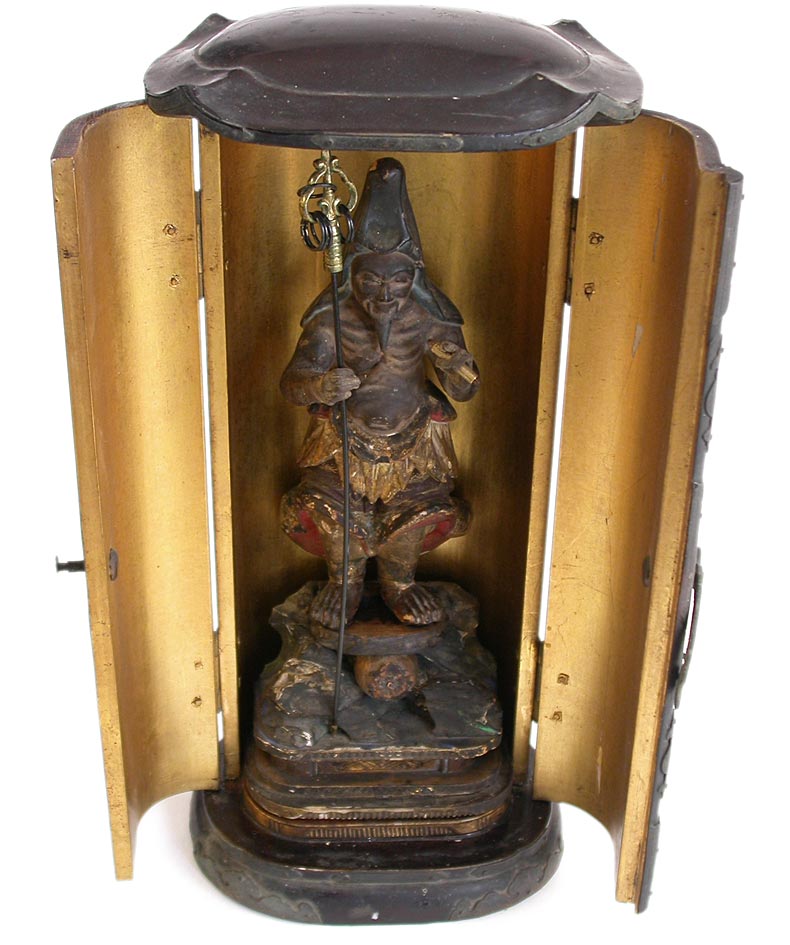