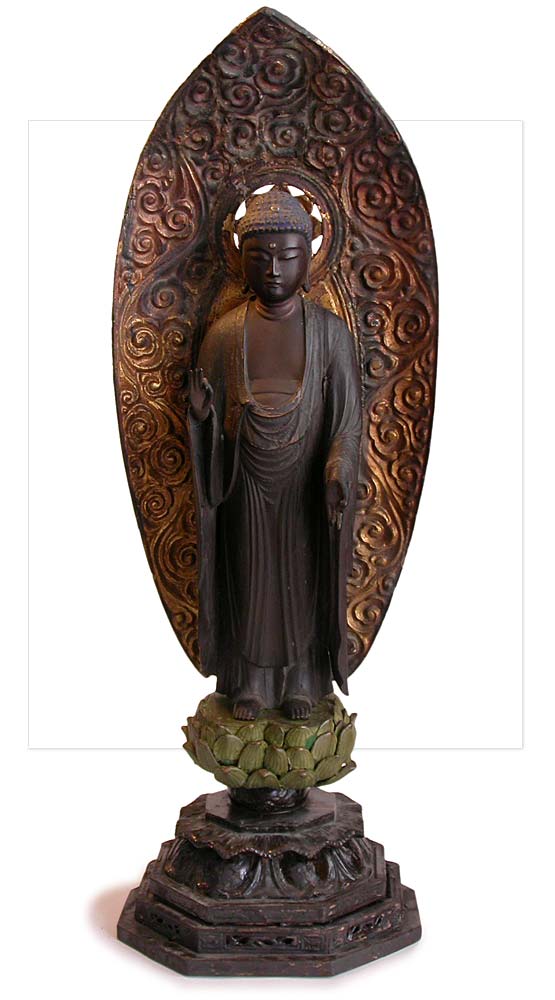 Antique Japanese Gilt Wood Buddha Shrine
Hair in benevolent blue, with brushed brown pigment and gilded copper for the figure, crystal inlaid for the ushnisha; this exquisite statue of Amida Buddha of the Western Paradise is commonly venerated as Amitabha by the Mahayana, Vajrayana as the Buddha of Immeasurable Radiance.
In this rare large statue of Amida Nyorai. The Buddha of Infinite Light is standing in front of a leaf-shaped mandola, with left foot slightly forward in tribhanga on a lotiform lotus stand, hands forming the raigo-in mudra (welcome to Pure Land). Which signifies Amida's descent from heaven to greet faithful devotees in life and in death. This statue was made of Japanese cypress in joined blocks construction, in which the head and body consist of front and back halves joined on the side, with carved out hollow core designed to prevent cracks from occurring in time. Consequently, the fine condition of this statue is affirmative for this renowned sculptural technique. Though there are a few age cracks, peeling lacquer and gold leaf on both of the lotus pedestal and mandola. In spite of the centuries passed, the Amida Nyorai shrine and figure are in very good condition. 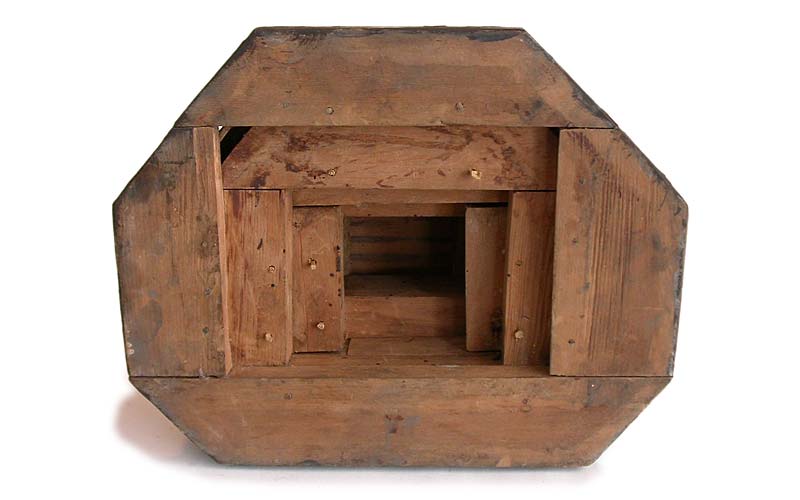 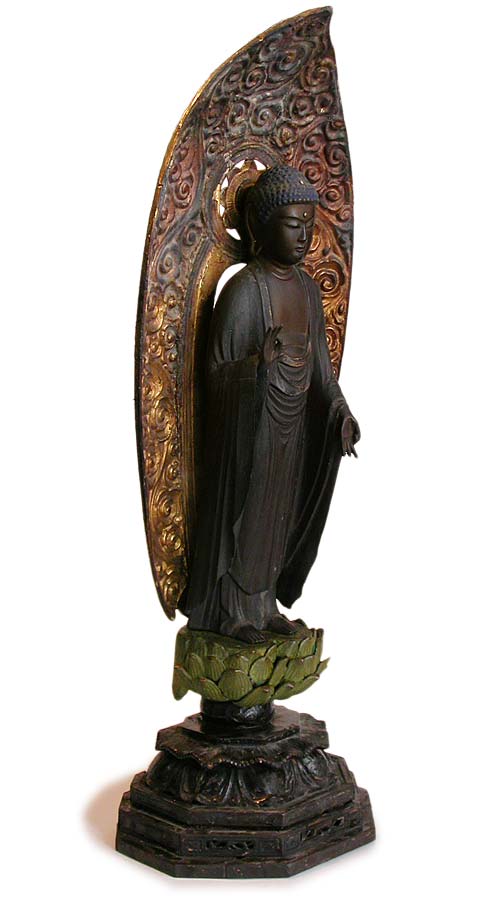 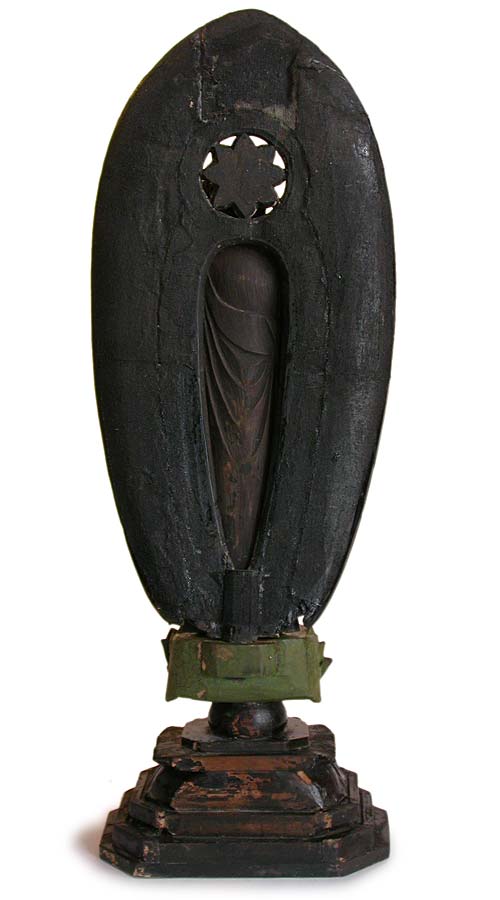 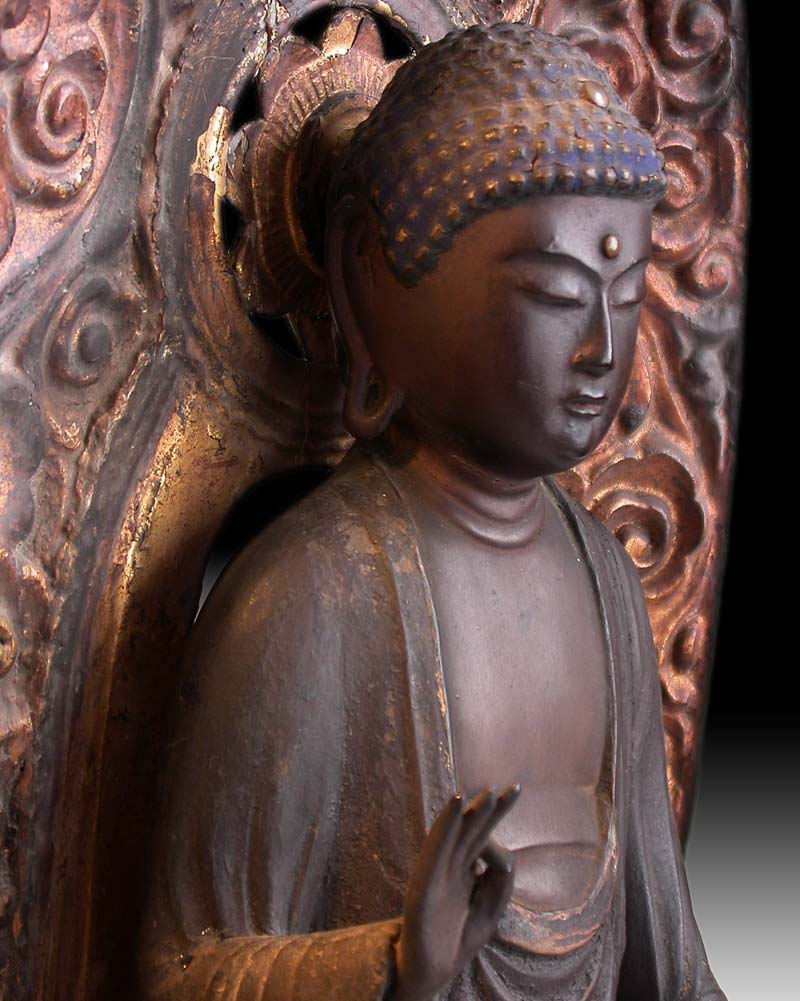 Form is emptiness; and emptiness is form. Sensation, perception, volition and consciousness are likewise.