Chinese Cloisonne Bronze Utensil
Buddha statues are frequently portrayed holding a medicine bowl filled with the healing elixir. Beyond this symbolic significance associated with the historical Buddha, the bowl is also called an alms bowl, or in Pali “patta” and Sanksrit “patra”. It is a practical object for collecting and accepting alms. Along with a string of mala prayer beads combined with its humble monastic uses, the alms bowl is one of the most basic but important objects in the daily lives of Buddhist monks.

As shown here is an early 20th century Chinese cloisonne alms bowl, depicting five imperial dragons roaring with open jaws, as they guarded three wisdom pearls among an elaborate motif of stylized clouds. Marked on the bottom of the alms bowl in a rectangular cachet in Jingtai blue, four Chinese character inscriptions can be translated as “Year of The Great Ming Dynasty Made (1368-1644 AD). Which shouldn’t be read to be the actual age of this alms bowl. But rather, the extensive Buddhist influences in the Ming court; for in the Ming period, the Emperor Jingtai 景泰 (1450-1456) was very much interested in the arts, including bronze-casting and cloisonne techniques, under his reign Chinese Imperial courts began to offer the gift of cloisonne alms bowl to the buddhist monks or lecturers after their discourse with the emperor. 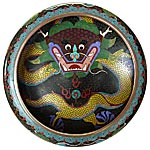 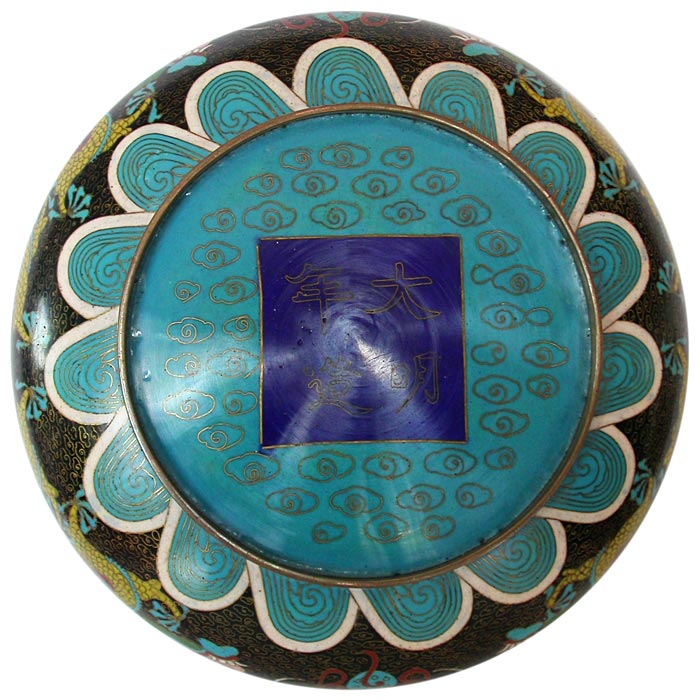 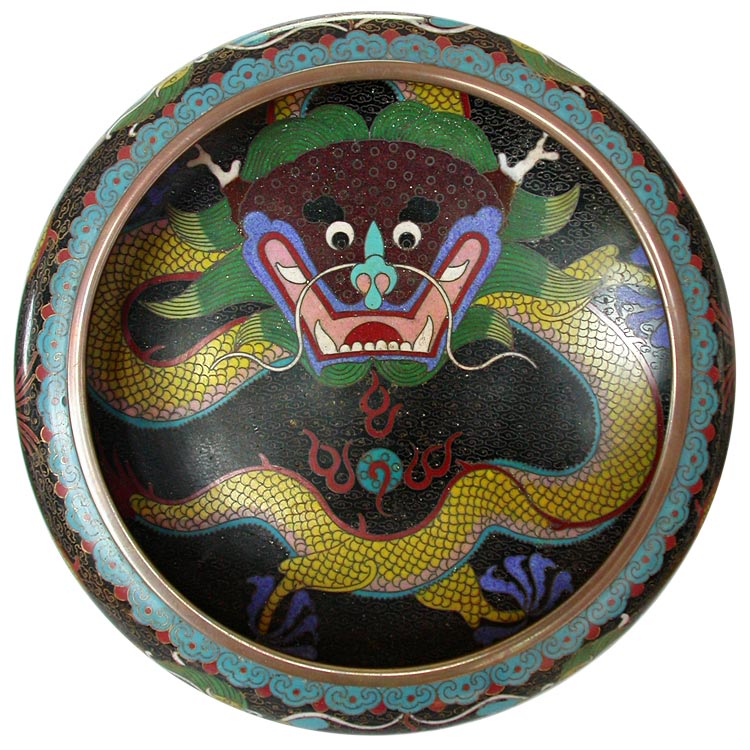