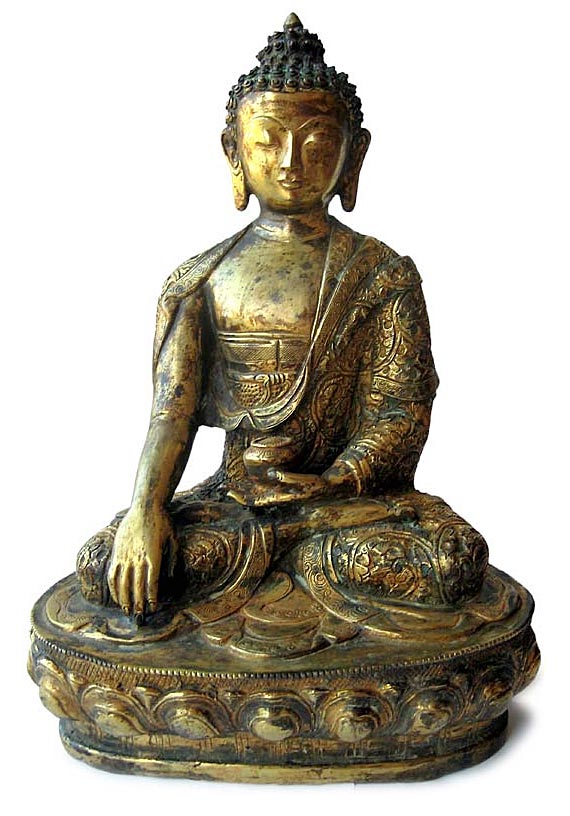 Antique Gilt Bronze Buddha Statue
Shakyamuni is the historical Buddha, the warrior prince Siddhartha Gautama who in the 5th century BCE became fully enlightened. Shakyamuni is the potent reminder that each of us has the seeds of enlightenment within us waiting to fully flower.
This antique gilt bronze statue from early 19th century Tibet shows Shakyamuni at the moment of enlightenment. This depiction of the Buddha shows reveals a wealth of detail. Shakyamuni’s robes are wrought with an intricate floral design both front and back. With his right hand, the Buddha touches the Mother Earth with the tip of his middle finger as witness to his enlightenment. This is also said to be his response to the Devil Mara’s challenge to his right to enlightenment. In his left hand, Shakyamuni holds a highly detailed medicine bowl that reveals the precious medicine inside. His earlobes are elongated and he has the traditional tightly knotted hair. His supple countenance reflects a lucid peace. There is some gilt loss otherwise this unique piece is in very good condition. (SD) 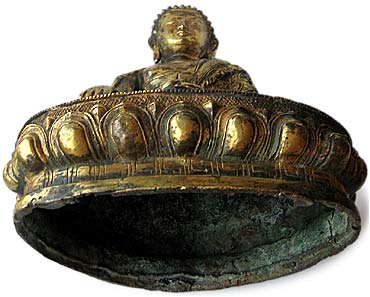 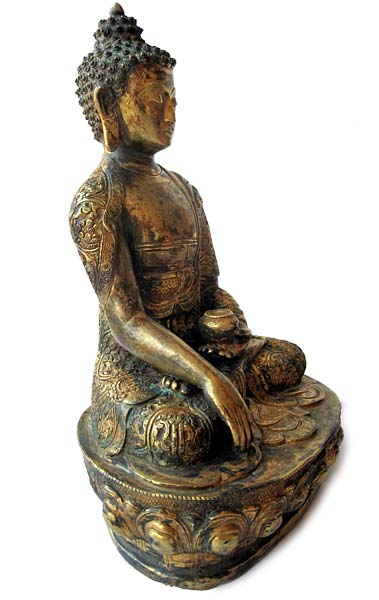 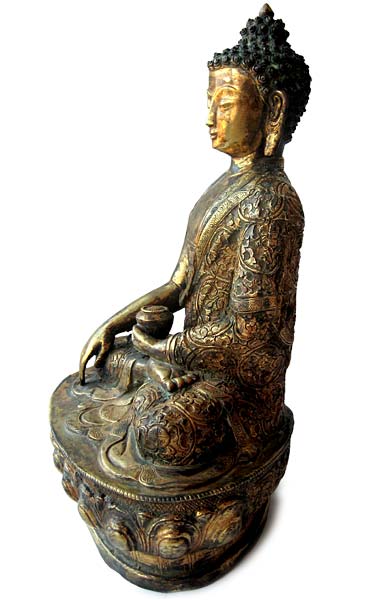 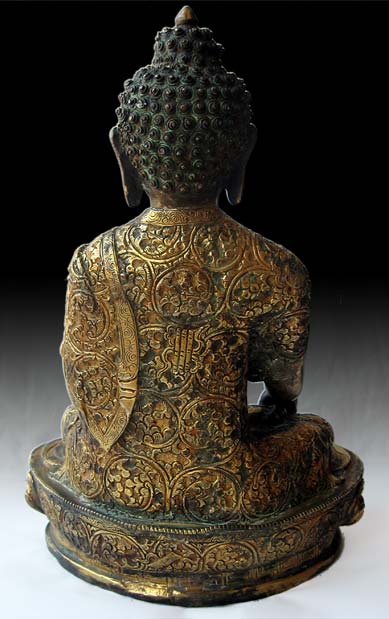 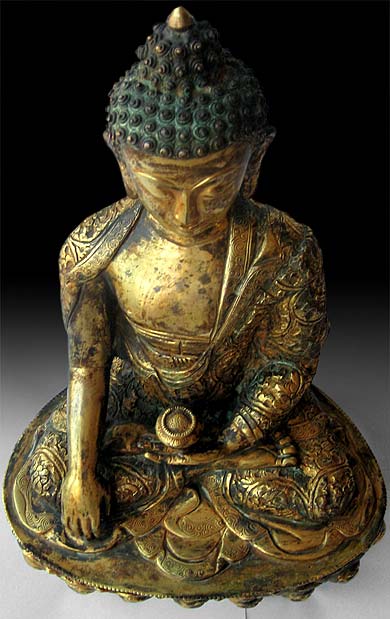