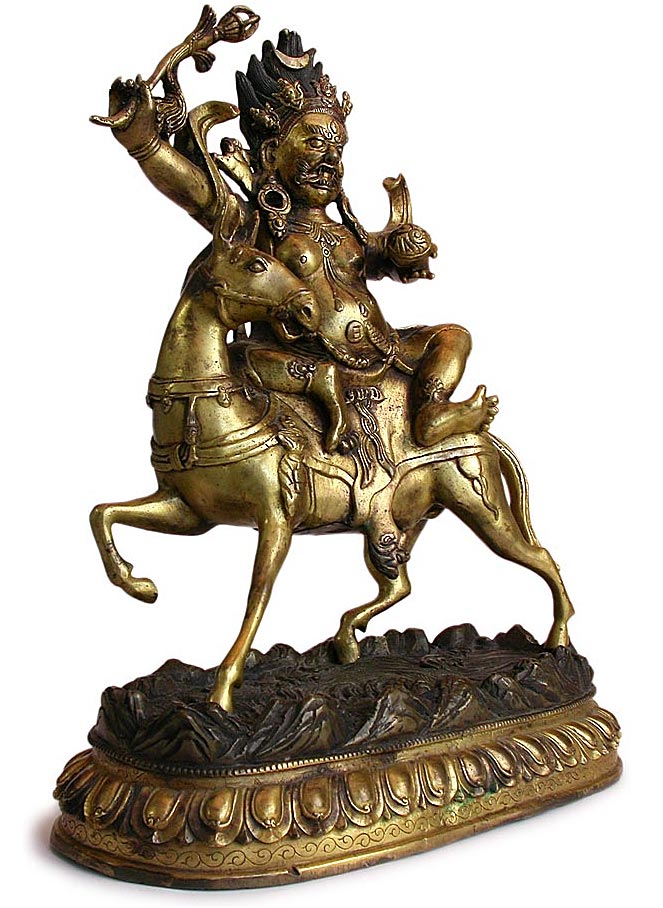 Antique Sino Tibetan Gilt Bronze Statue
Palden Lhamo is a tutelary goddess introduced to Tibet in the 10th century. She is the only female deity among the Eight Great Dharmapalas, the obstacle removers and guardians of Buddhist Dharma. She is the principle protectress of Tibet, and the guardian deity of Dalai Lamas since the 15th century; the Goddess was also worshipped as a protector of the Imperial China beginning from the Yuen dynasty in the 14th century to the end of the Qing in the early 1900s'.

An impressive early 20th century Chinese gilt bronze Palden Lhamo seated sideways in a striking pose with a flayed human skin serves as a saddle on her white mule. The figure is based on the Tibetan rendition of the Indian Goddess Shridevi, while as the Queen of Sri Lanka, she opposed to the king's practice of human sacrifice, and consequently killed their son. As the king shot at her with an arrow hitting the haunch of the mule, Palden Lhamo at once transformed its wound into an eye.

As depicted here, Palden Lhamo wears a skull crown with a crescent moon over her upraising hair, she has three bulging eyes, with large fangs gripping a corpse in an opened mouth, a waist-length rosary made of human heads, a lion emerges from her right shoulder, and in her left hand she carries a skull cup, with raised right hand holding a trident. The lively white mule is standing on a lotus pedestal of a turbulent sea of blood. The statue is consecrated and sealed on the underside of the mule, along with a viswa vajra repousse engraved on the copper base plate of the pedestal. 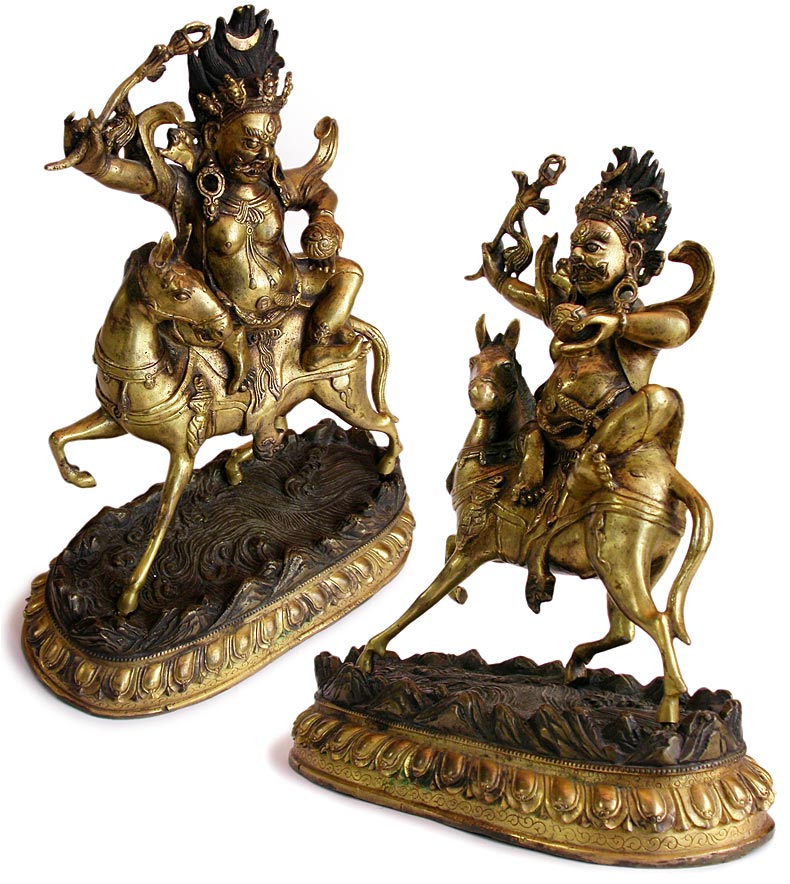 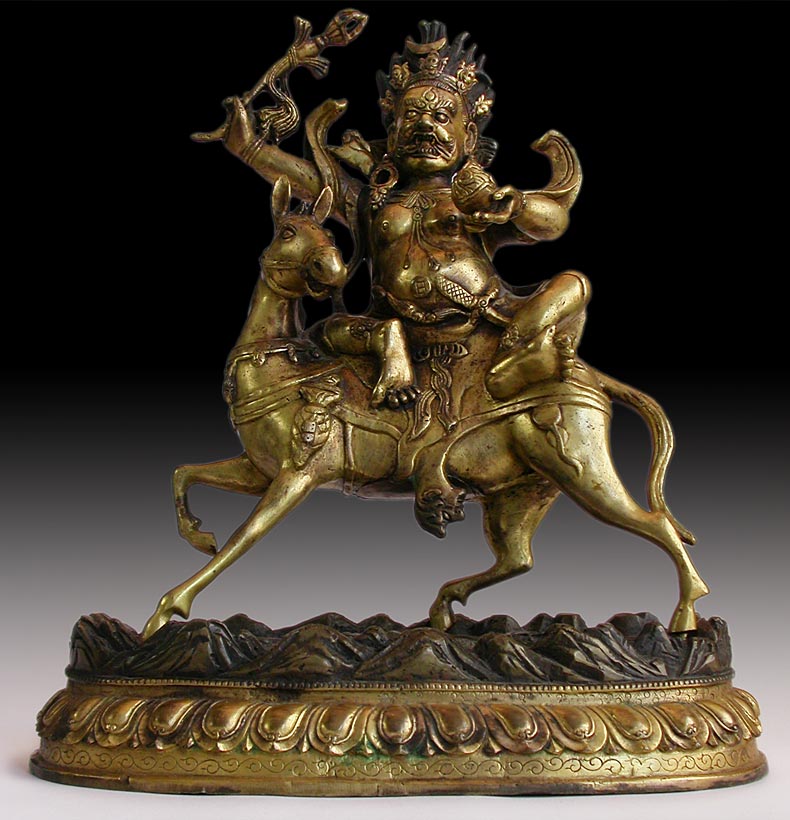