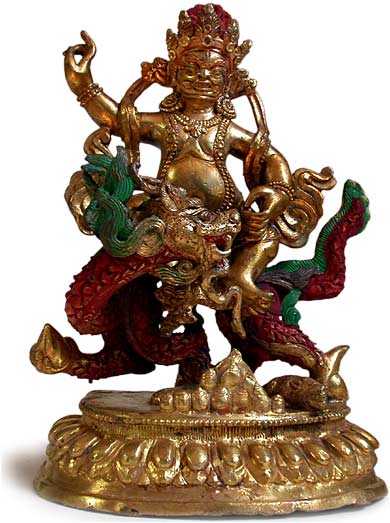 Tibetan-Chinese Polychrome Gilt Bronze
A vigorous, colorful Jambhala, God of Wealth, well modeled and cast, ornamented with bone beads and five pointed crown, mounted on a striding four-clawed dragon holding a large wish-fulfilling gem and colored with cold pigments on the bronze; the scales fiery red and the feathery mane and tail painted bright green. The statue is heavily gilded, with most of the gilding still fresh; Jambhala's fierce expression intensified with red paint on the eyebrows and the blood streaming from the sides of his mouth, symbolizing his zealous destruction of the enemies of the Dharma; his hair rising upward like flames is also painted red. The figures ride on an oval beaded double-lotus base atop which is a jewel spitting mongoose and a heap of wish-fulfilling gems. The bottom has been ceremonially sealed and is imprinted with a double dorje. 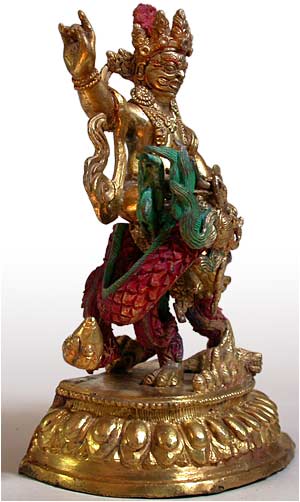 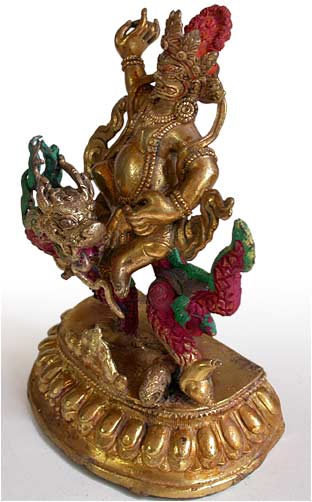 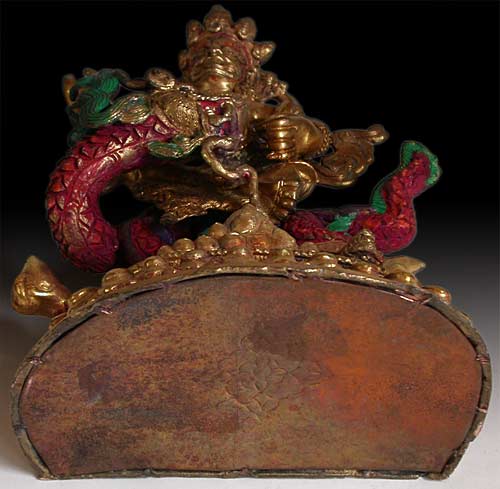 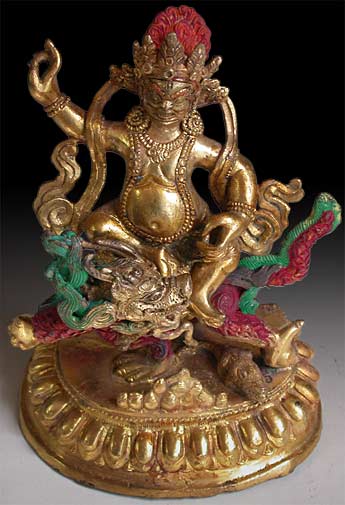 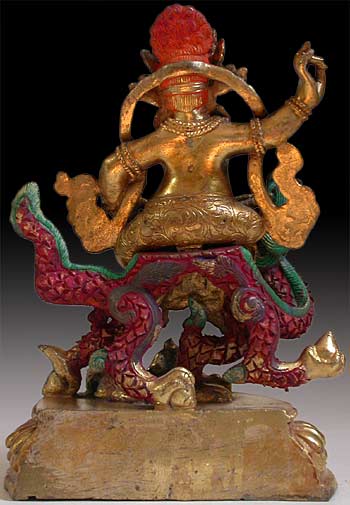