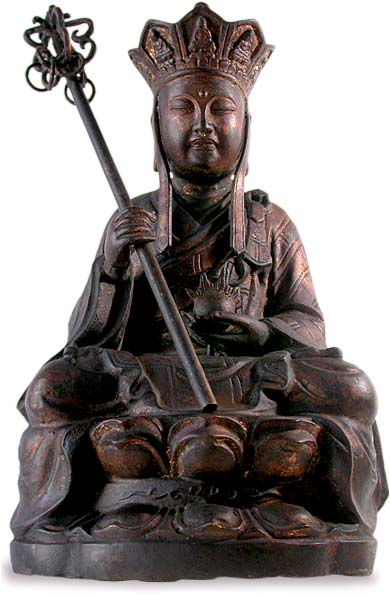 Vintage Chinese Gilt Bronze Buddha
Finely cast and finished statue depicting Ti Tsang, King of the Underworld. In bronze with traces of gold fragment, somewhat mat surface with polished areas where the piece was touched over time. The features are outlined in chased contours conveying a serene countenance. With lowered gaze, the deity sits in meditation on a double lotus, wearing the robes of a Northern Buddhist monk and displaying both his symbols-- in his left hand Ti Tsang holds the precious flaming pearl or Cintamani, the wish-fulfilling jewel. With his right hand he balances the ringed staff or Khakkhara in readiness to force open the gates of Hell with the staff, to liberate beings and to dispel the infernal darkness with his luminous gem. The statue is sealed on the bottom. 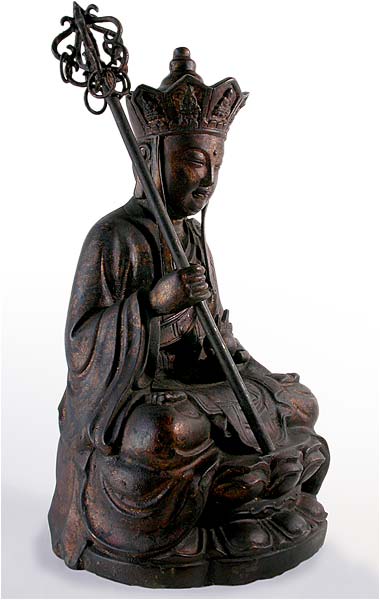 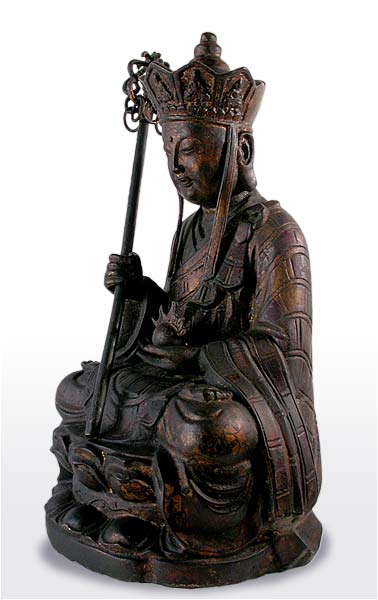 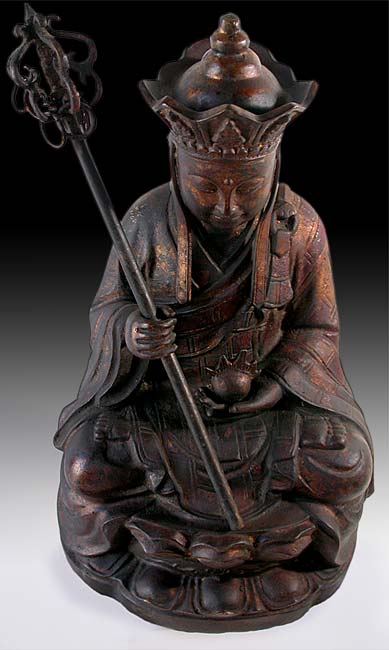 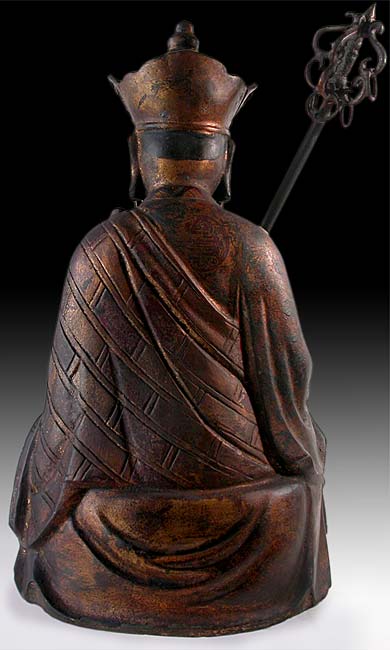