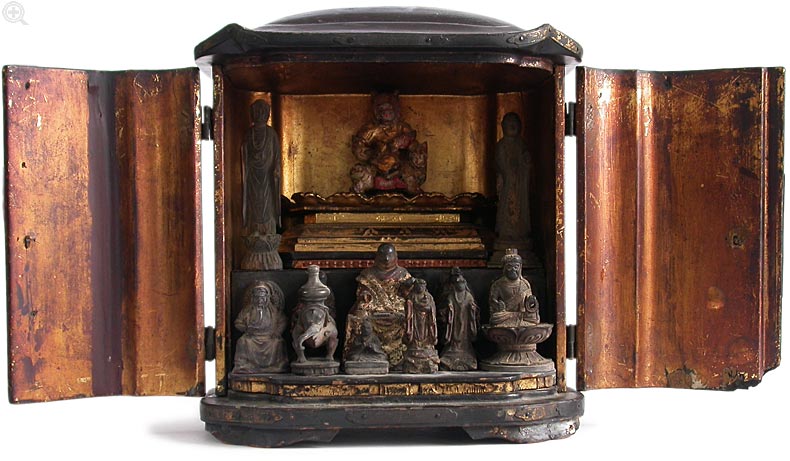 Lacquered Gilt Wood Zushi Shrine
Buddhist altars are made with dedicated craftsmanship designed to create a sacred space of spiritual magnetism. This family alter originally features sixteen deities. Including in the center pedestal, seated on a steed is the tutelary Hachiman, the God of Samurais, (with losses shown in two empty spots); next to the elevated altar are a Jizo and a Amida Nyorai, with eleven deities in various positions directly below the two Buddhas. Starting from the front left, they can be tentatively identified as Fudo Myoo, Kudara Kannon, Jibo Kannon, Nichiren Shonin, Zemmui Sanzo, Sacred Stupa Elephant and Kanu, the God of War; with four figures on the back row are remaining to be identified. The sumi script is partially translated as Year Eleven of Kyoho Era (1727 AD). 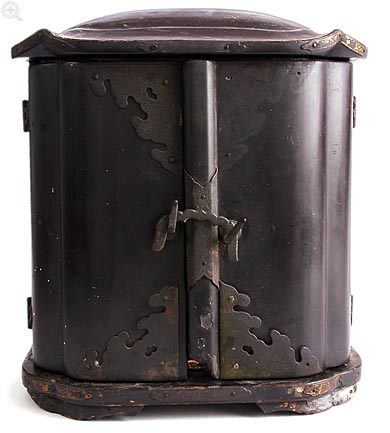 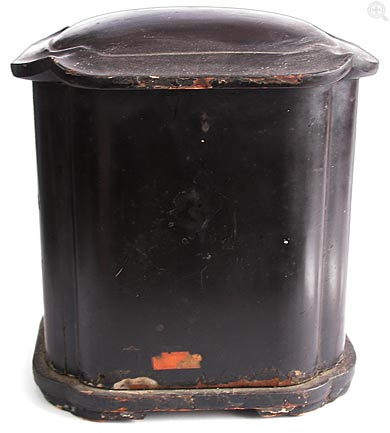 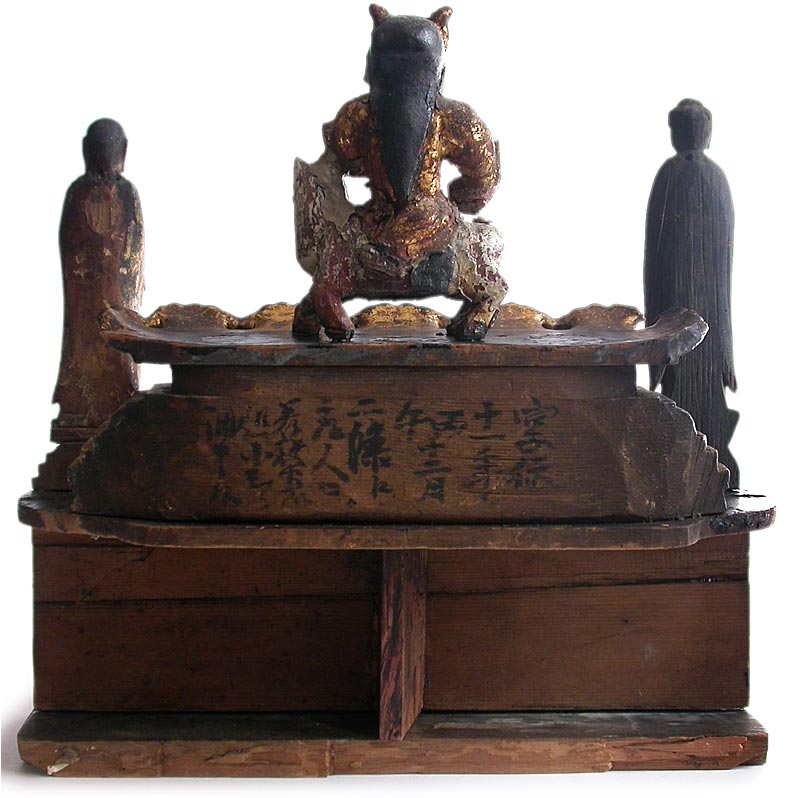 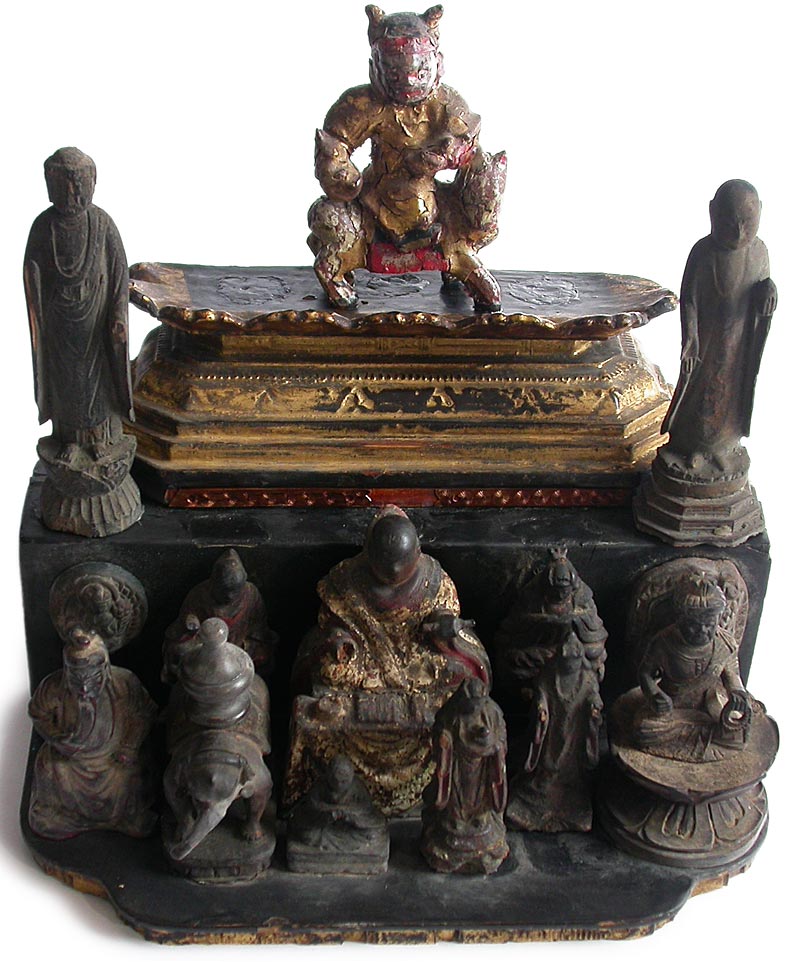