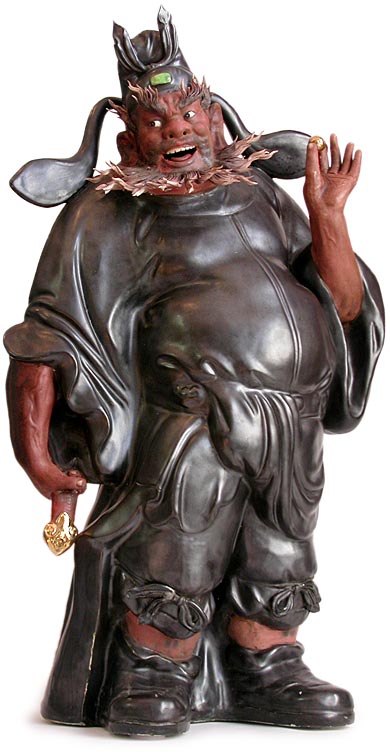 Chinese Ceramic Buddha Statue
Zhong Kui made his first appearance in the 8thcentury when the Tang Emperor Ming Huang was haunted by demons during his sleep. Then one night he dreamed of a huge demon capturing and eating a smaller one. Upon awakening, Emperor Ming Huang instructed the court painter Wu Daozi to paint a portrait of the Ghost Eater. This became the first image of Zhong Kui, a black-faced judge of Hell with a large flaring beard, dressed in imperial robes with bat-eared hat and wielding a large sword.
An imposing statue of Zhong Kui (Japanese: Shoki), The Judge of Hell. He is dressed in a glazed black imperial robe, wearing a large bat eared hat, body posed to the side stand with a gold wisdom pearl in his two left fingers, and a large sword tightly gripped in his right hand. Masterfully modeled in sinuous muscular curves, unglazed flesh tone enhance the expressive and realistic appearance, with teeth bared and nostrils flared, every eyebrow hair and whiskers burst out in fury. The statue is humorous, ferocious and beautiful at once. The embossed seal confirmed that the statue was made in Jingdezhen Figurative Ceramic Art Research Institute. A true technical feast tentatively attributed to the work of Zeng Weikai. (listed in Chinese Ceramics, Ching Teh Chen, page 251). 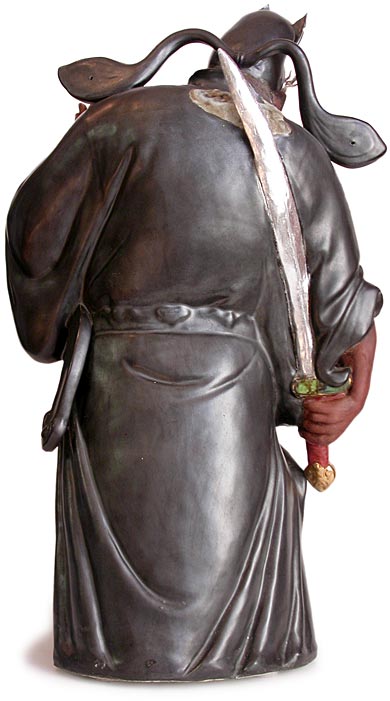 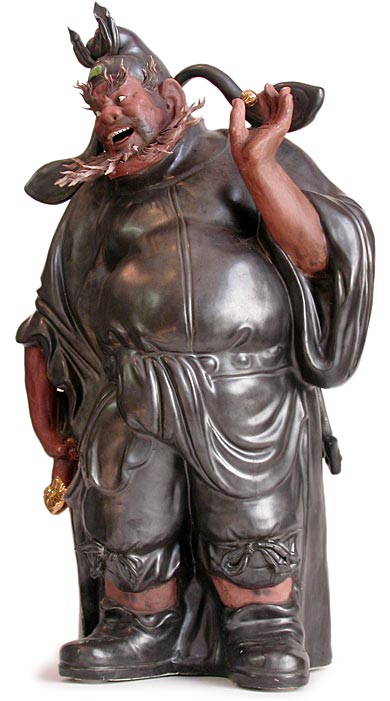 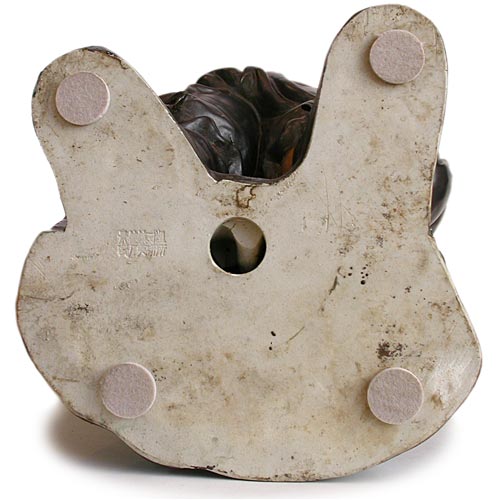 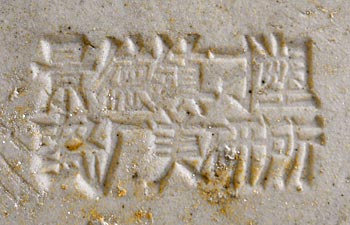 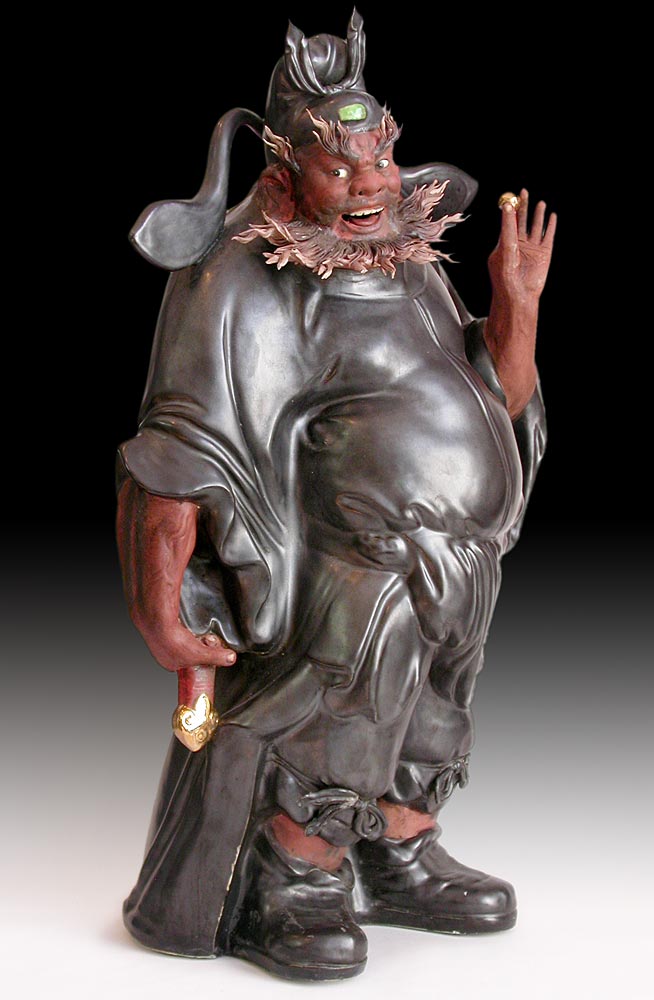 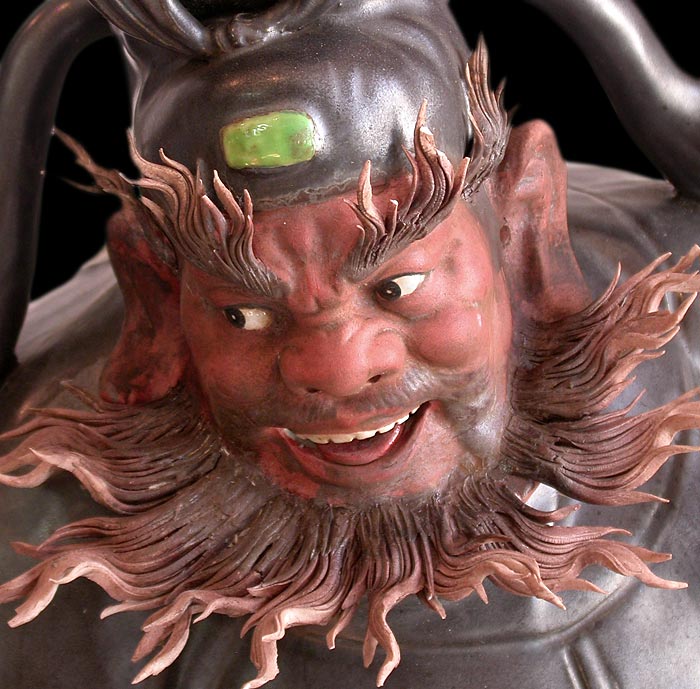