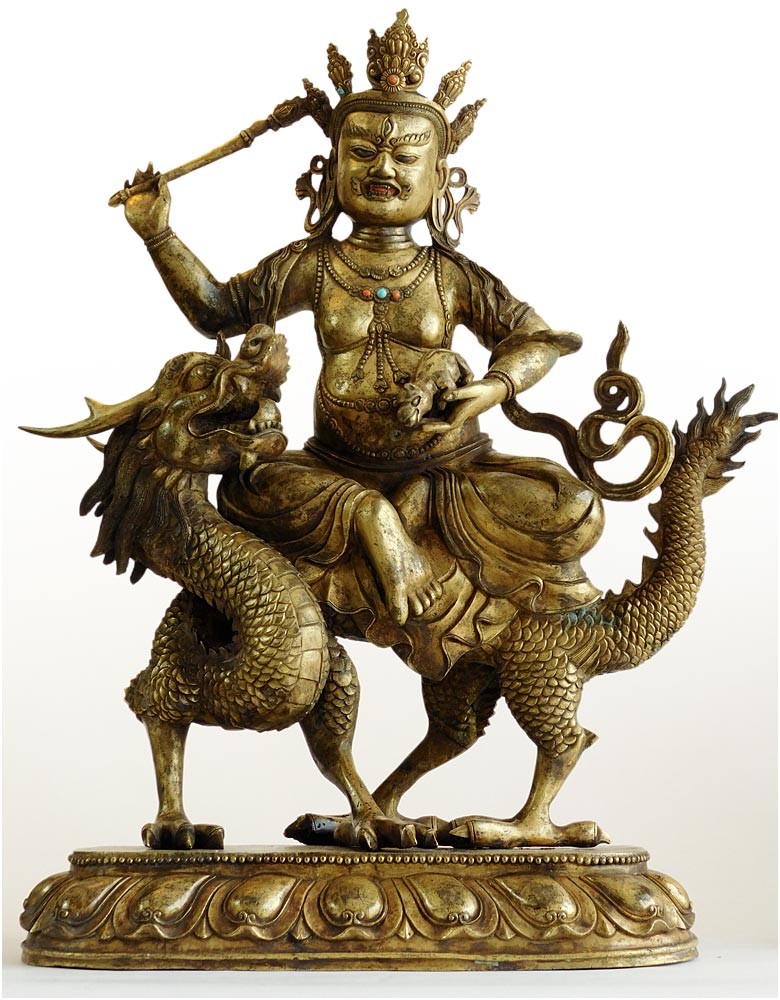 Antique Chinese Gilt Bronze Statue
Jambhala is the compassionate emanation of the Bodhisattva Avalokitesvara. As the protector of all lineages, he is a Dharmapala Bodhisattva of spiritual and material wealth. The God of Wealth who helps all sentient beings overcoming illness and obstructions.

Displaying his ardent power over the enemies of the Dharma, this rare and magnificently modeled Yellow Jambhala is wrathful in appearance. He has three bulging eyes, a forcible square jaw, laughing with fangs and tongue. He wears a five-pointed crown, bared chest adorned with strings of beads and ornaments, holding a wealth forging khatvanga in his right hands, and in his left a jewel spitting mongoose. The victorious Wealth God is seated sideways in royal ease above a striding dragon with resplendent flaring scales, majestically its head turned upward toward the Jambhala. The two figures appear to be rendered in a single cast. Four dragon claws firmly mounted above a lotus pedestal, which is ceremonially sealed and engraved with a large Viswa Vajra. This phenomenal wish-granting Jambhala makes a fabulous wealth luck charm. Overall in excellent condition. 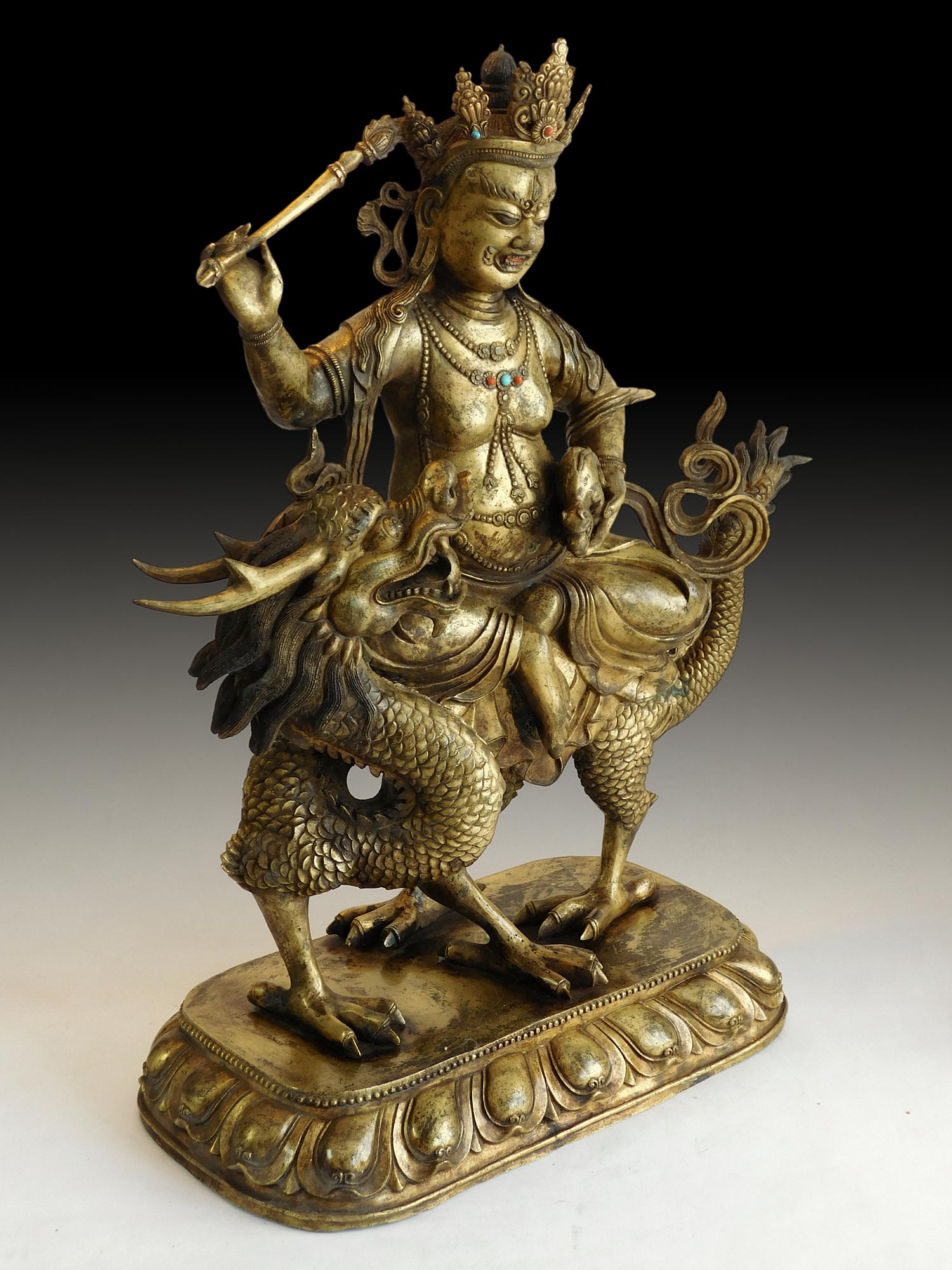 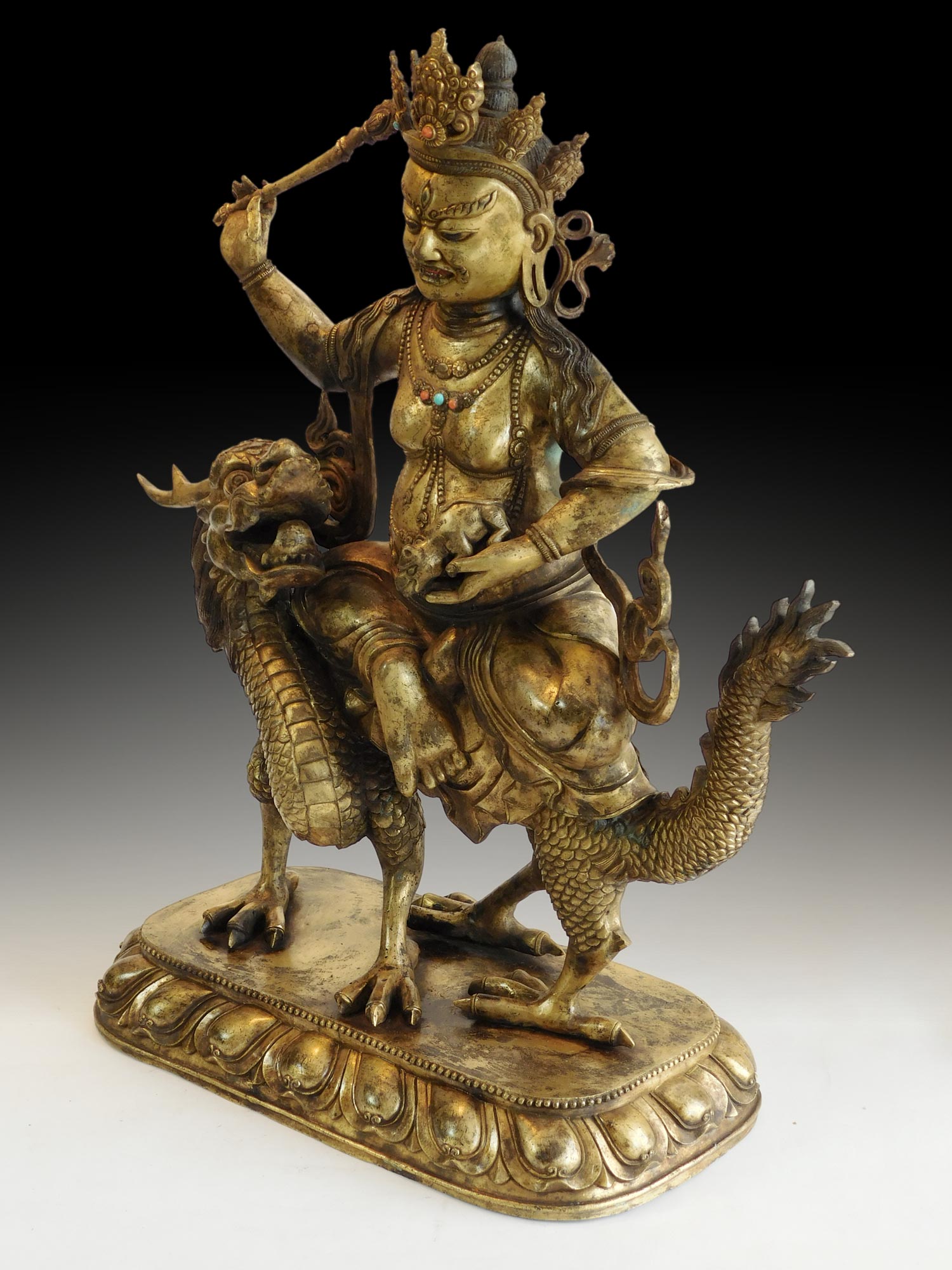 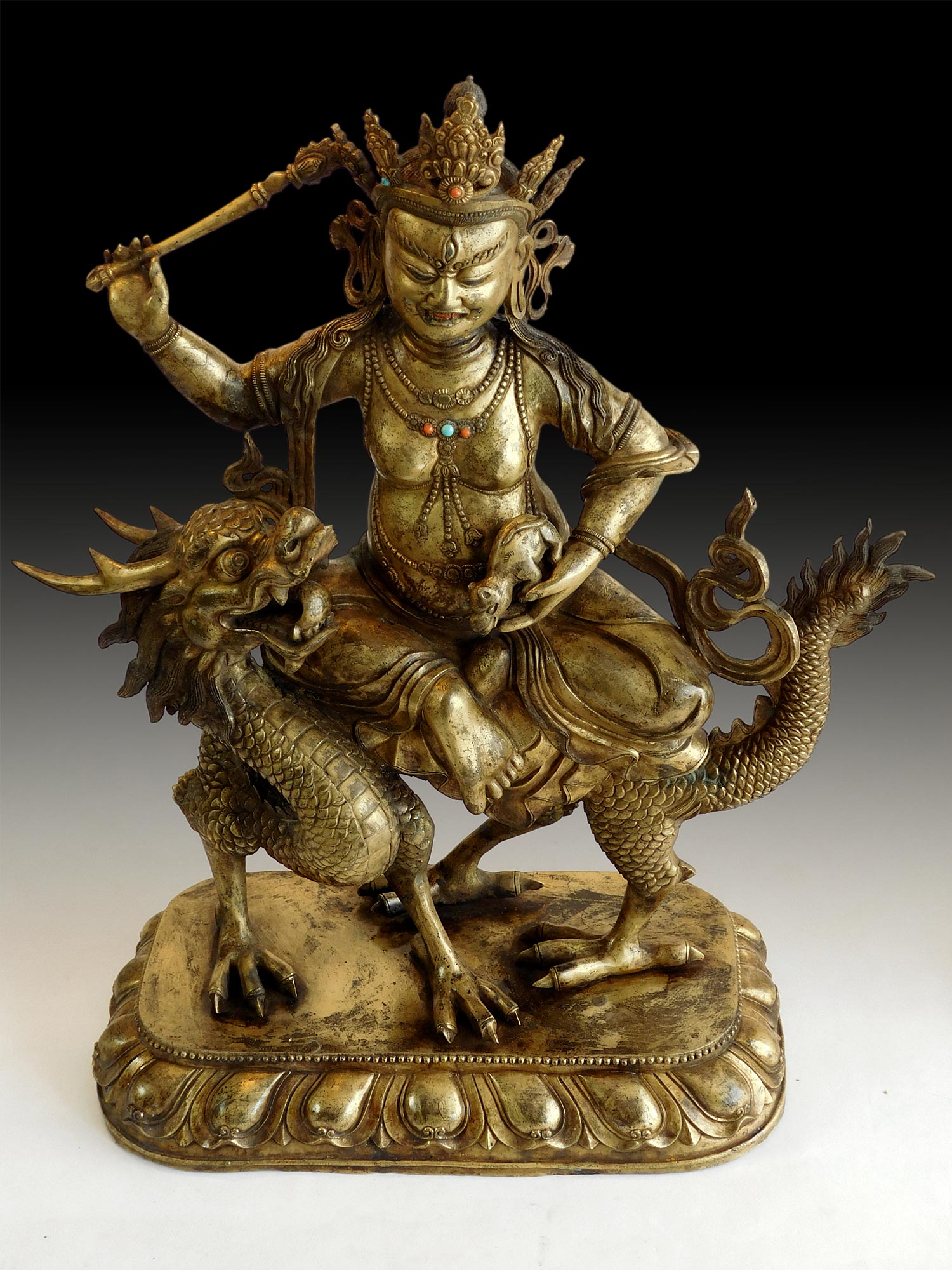 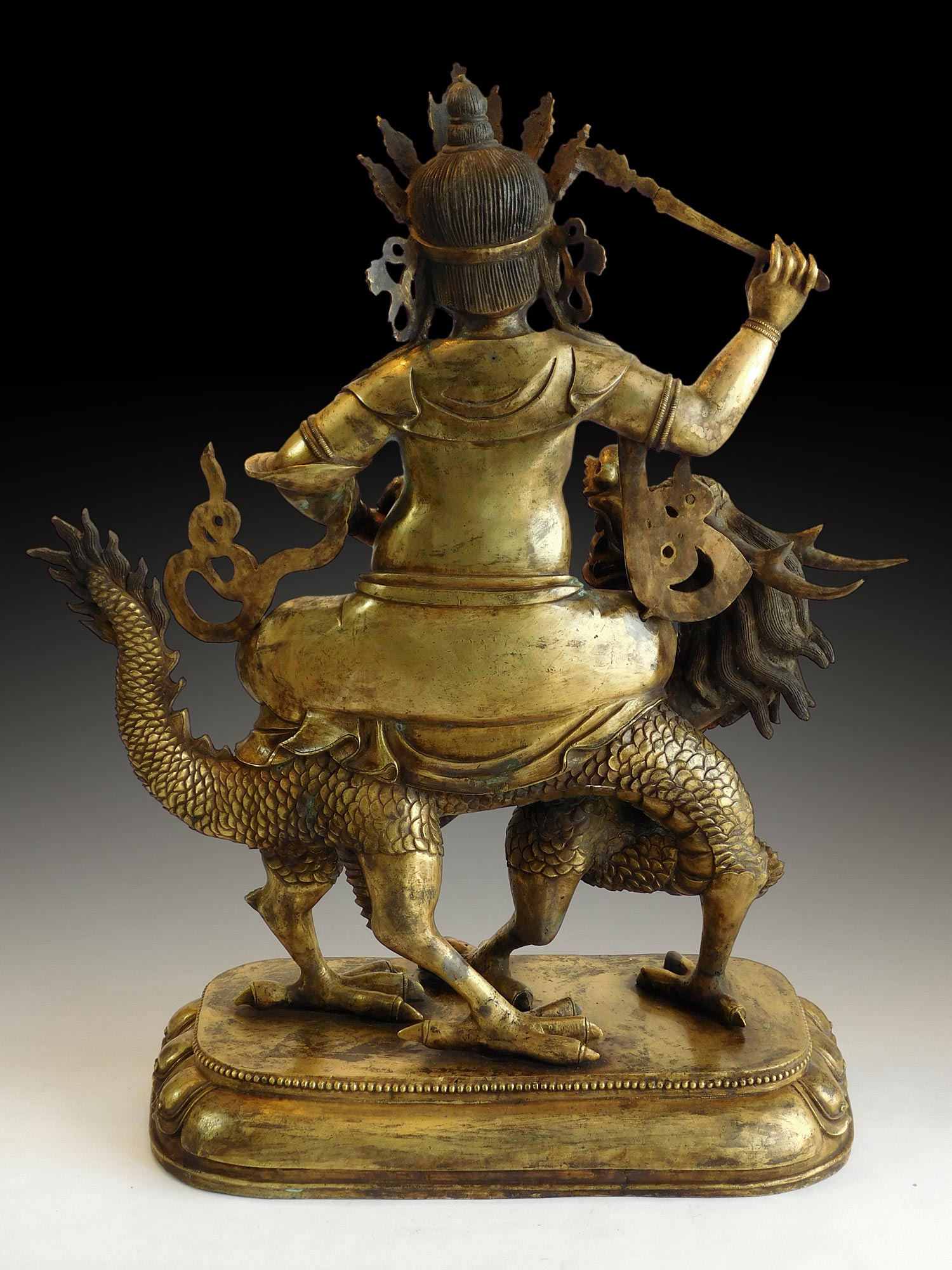 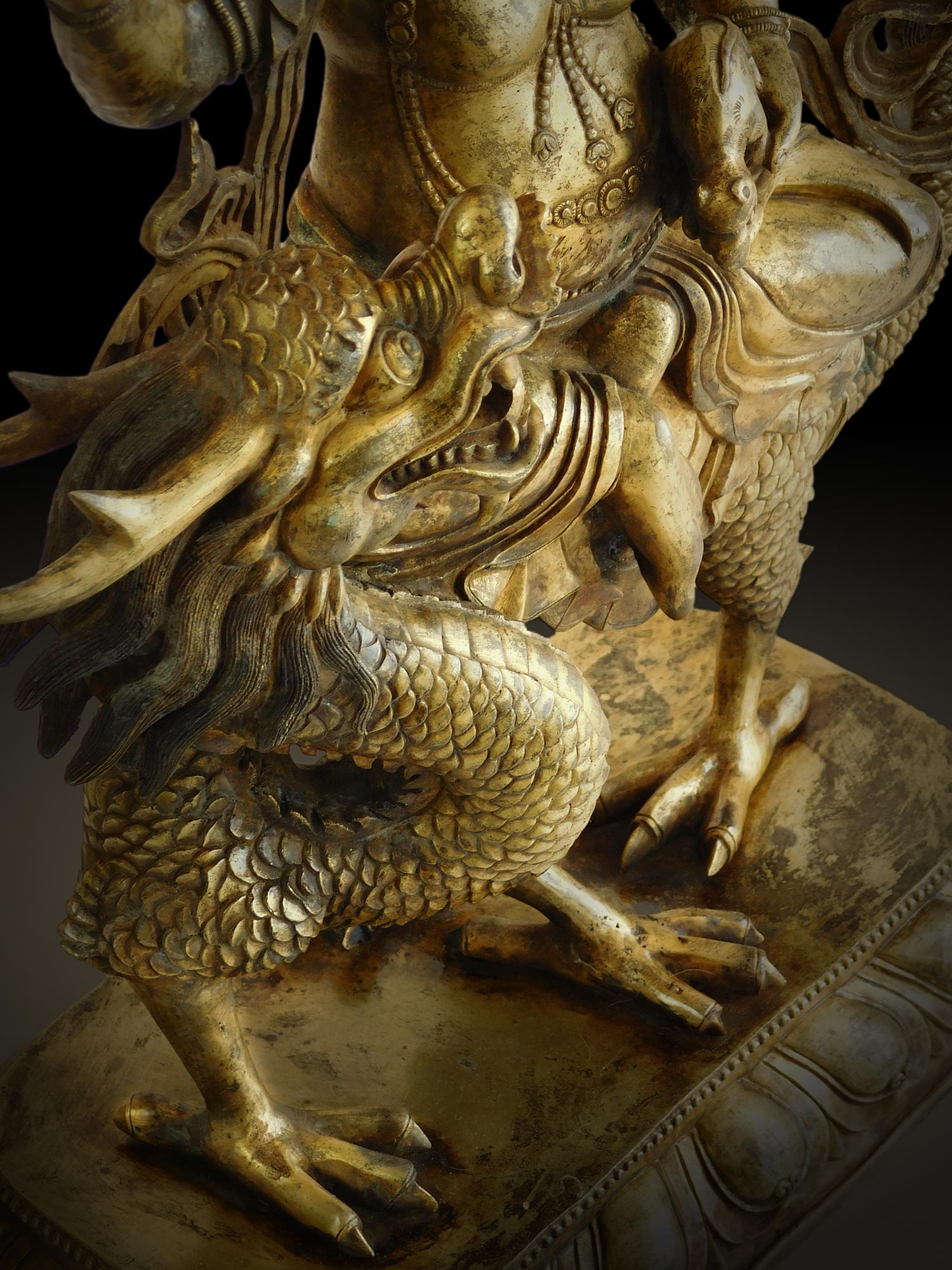 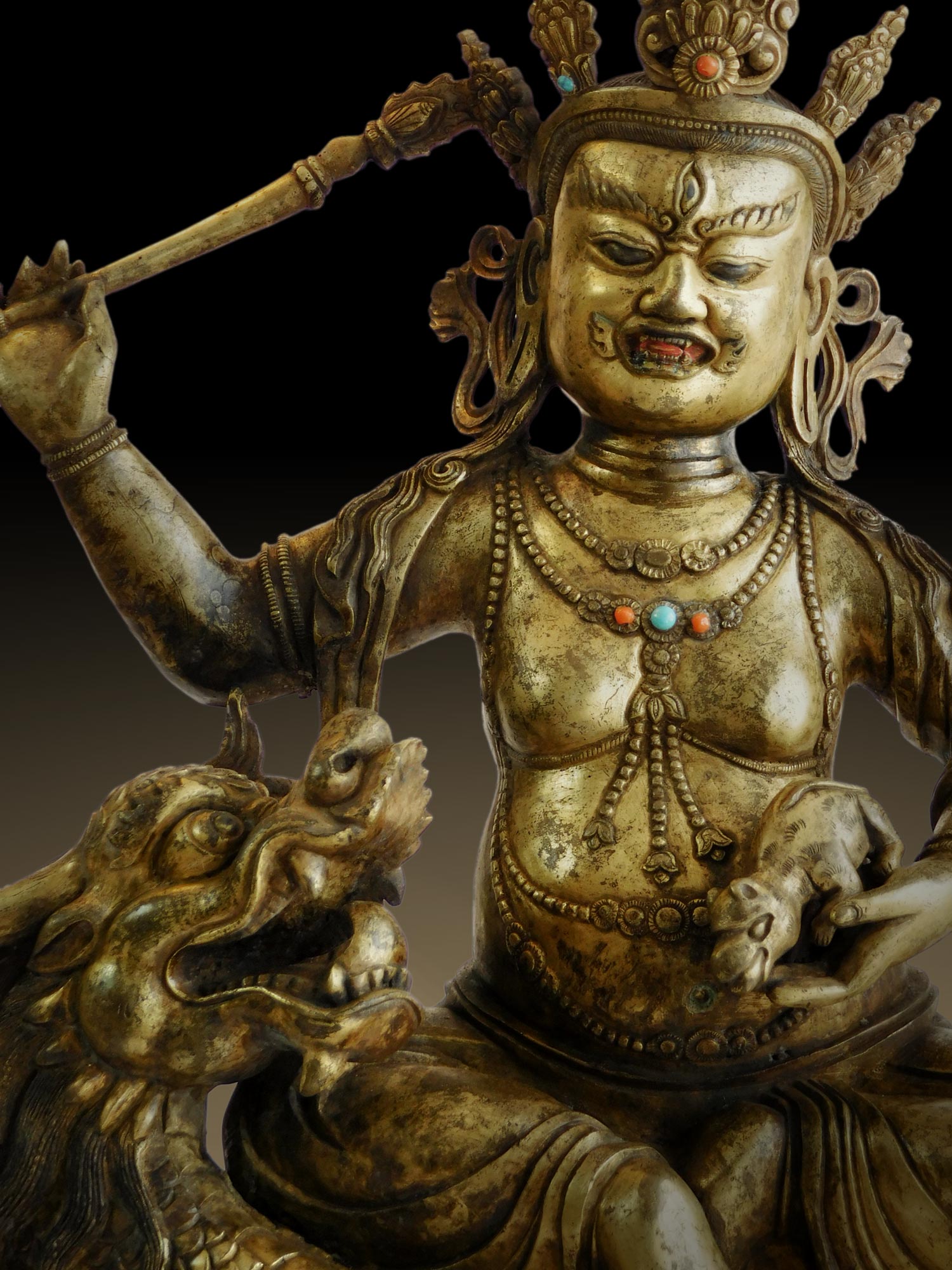 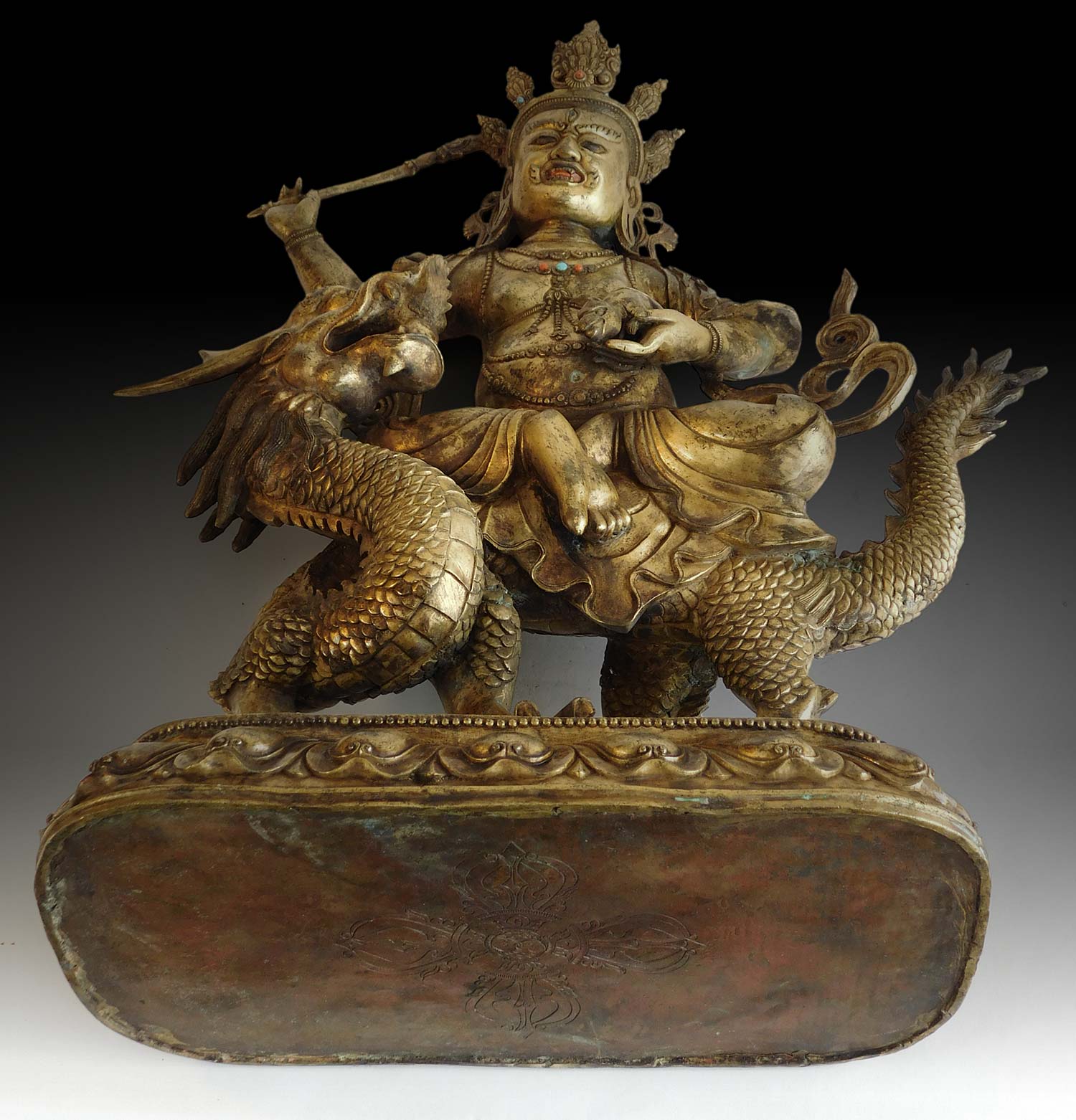