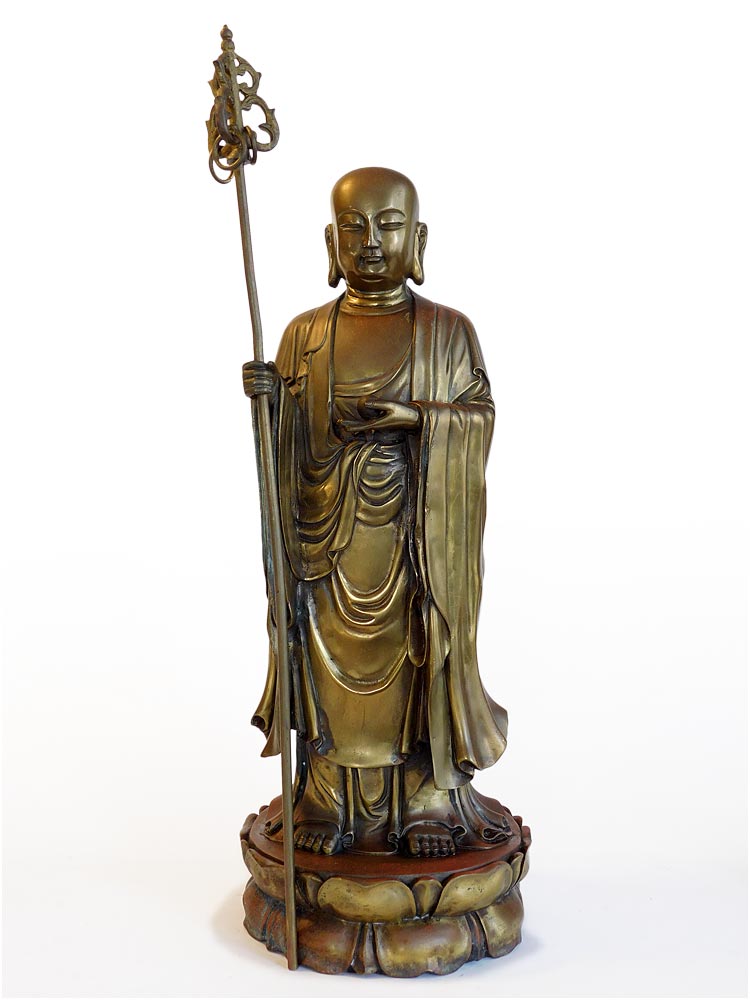 Vintage Chinese Gilt Bronze Buddha
Finely cast and finished statue depicting Ti Tsang, King of the Underworld. In bronze with traces of gold fragments, mat surfaces with polished areas are handled over time. The features and contours convey a serene countenance. Ti Tsang is wearing the robes of a Northern Buddhist monk. Eyes downcast, standing in meditation on a double lotus pedestal, in his left hand, he holds the flaming pearl (Cintamani) that lights up the three worlds. In his right, the ringed staff (Khakkhara) that opens the nine gates of Hell. As the Bodhisattva of hell-bounded beings, he is known as Jizo Nyorai in Japan and worshipped as the guardian of children, travelers, and lost souls. In Sanskrit, Ksitigarbha is literally translated into "Earth Matrix." 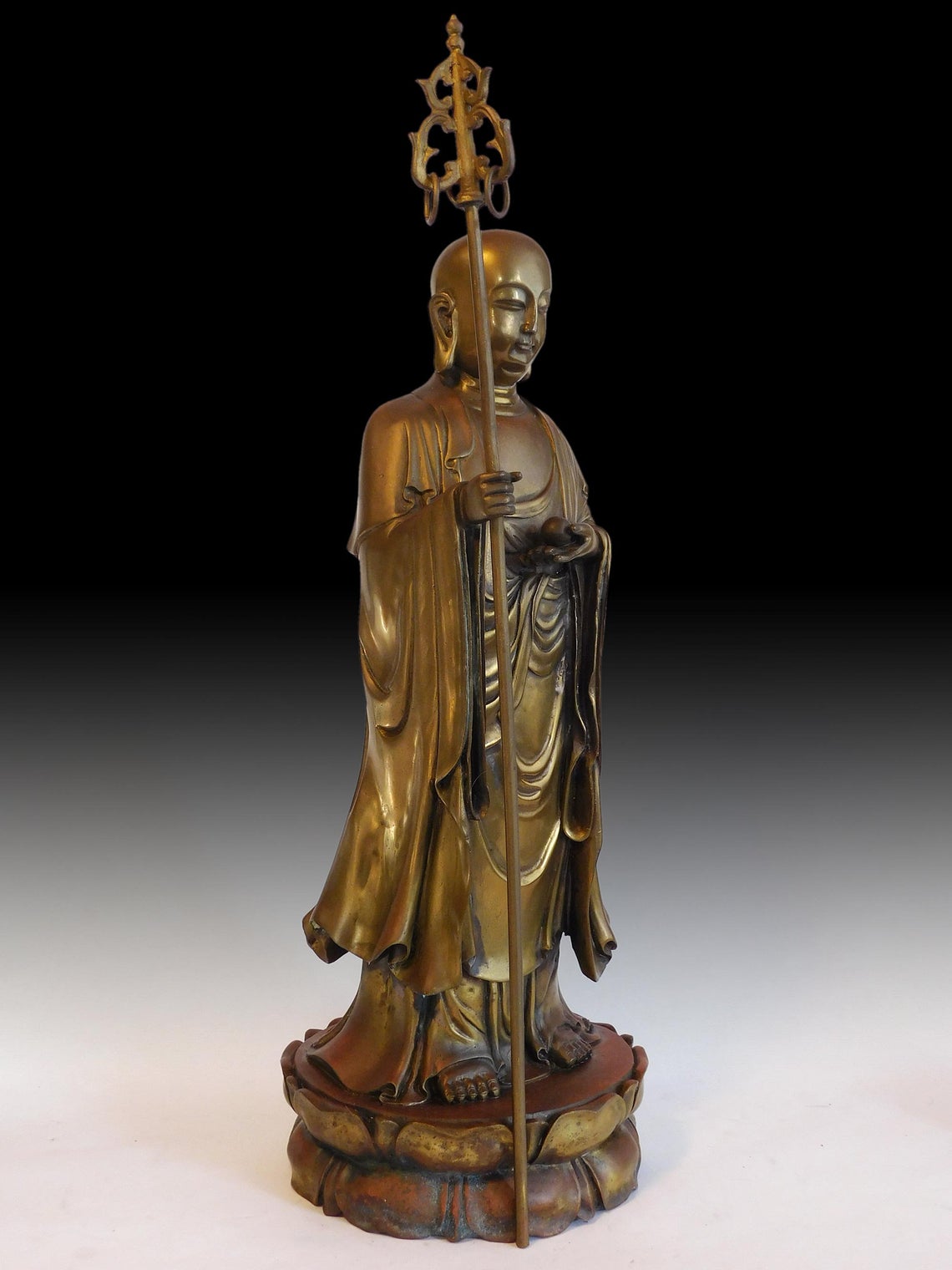 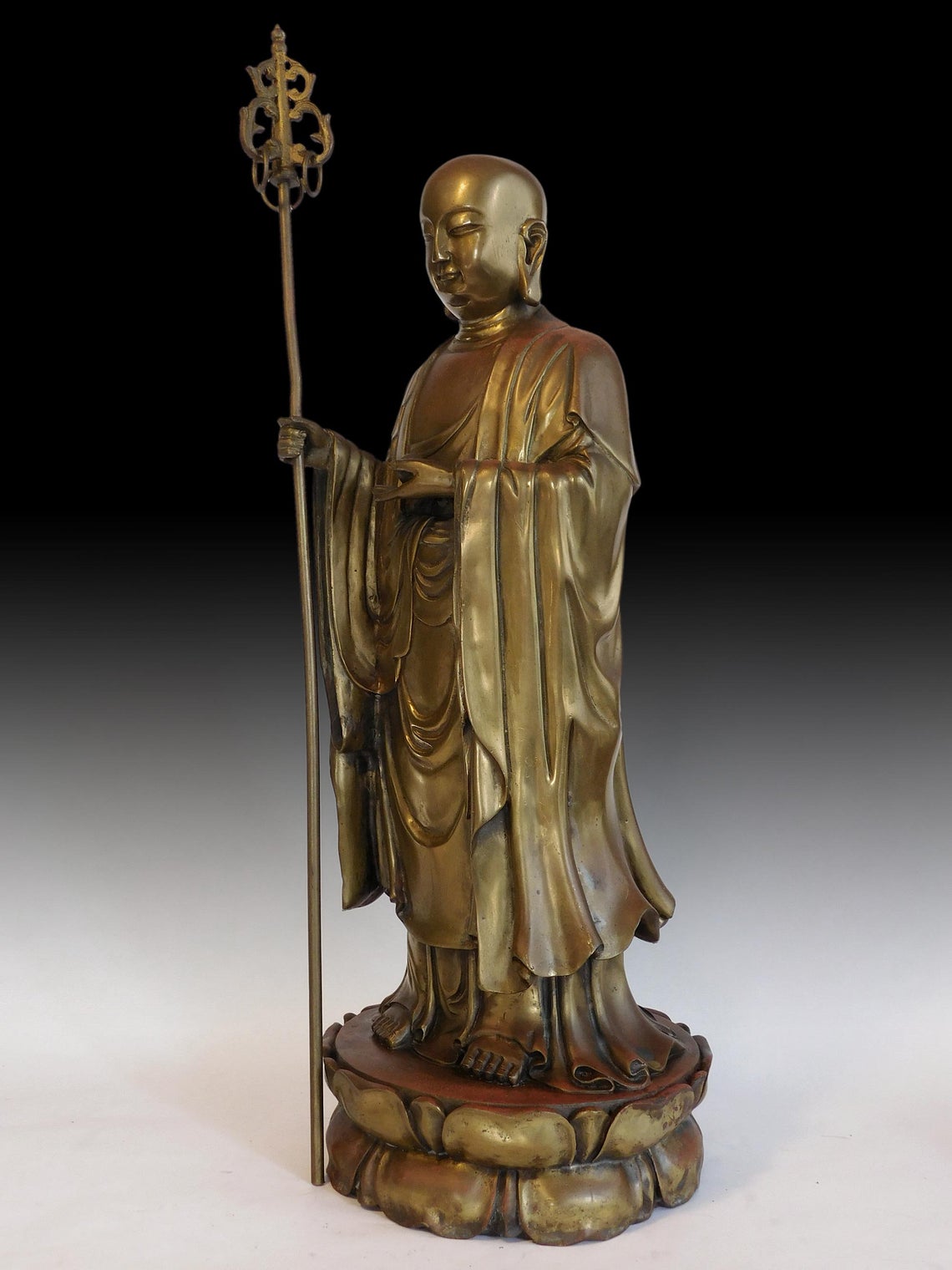 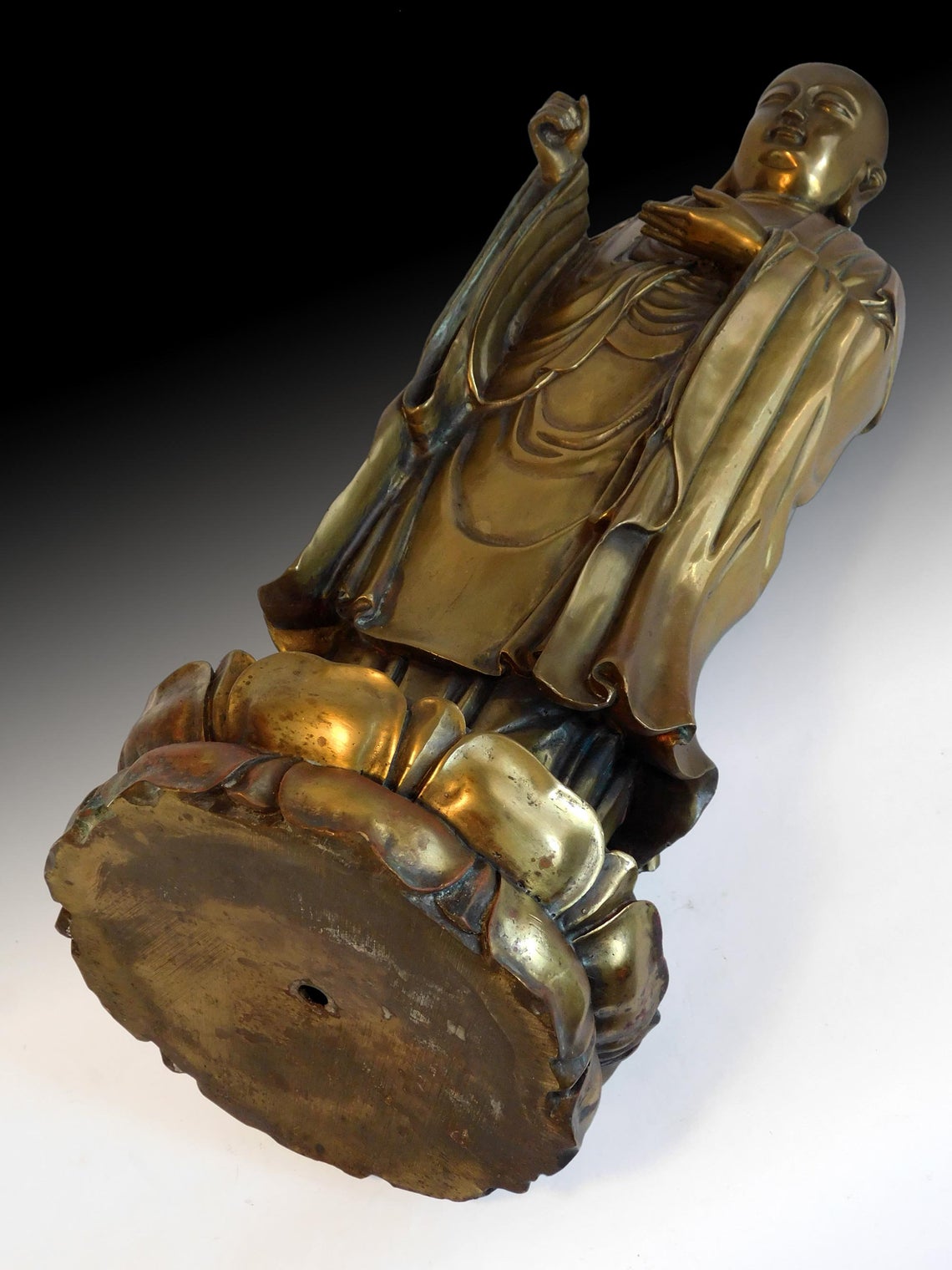 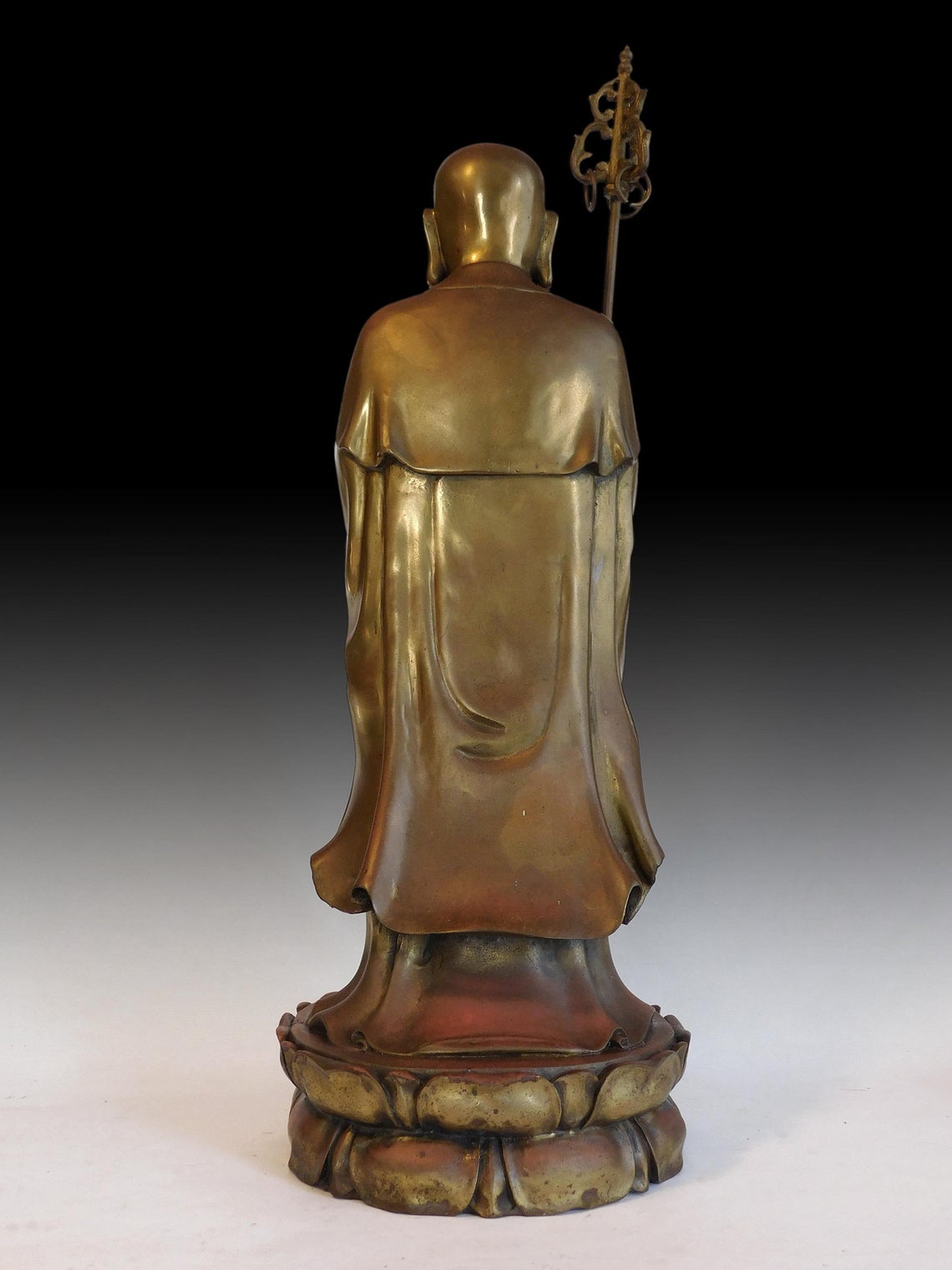 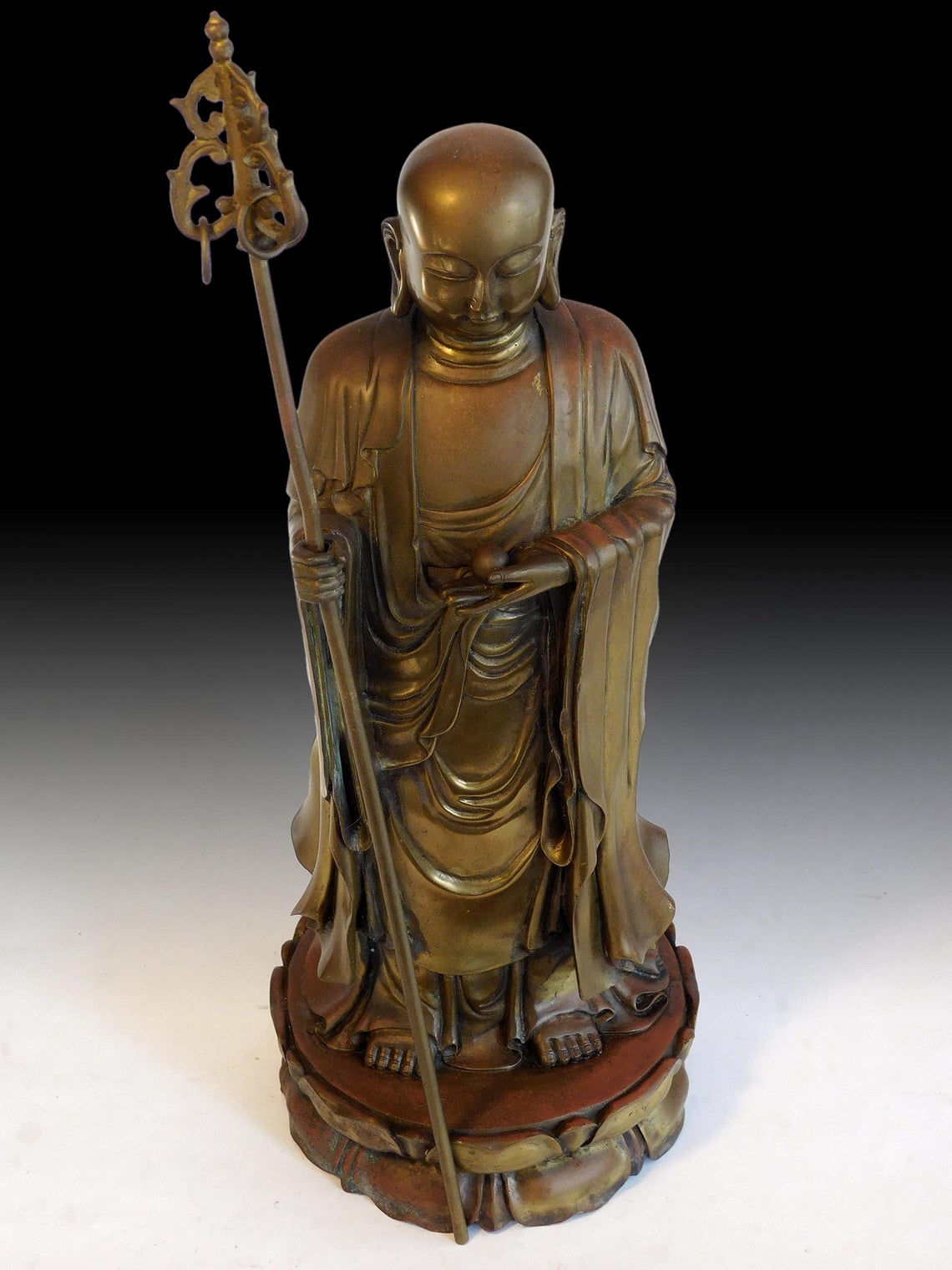 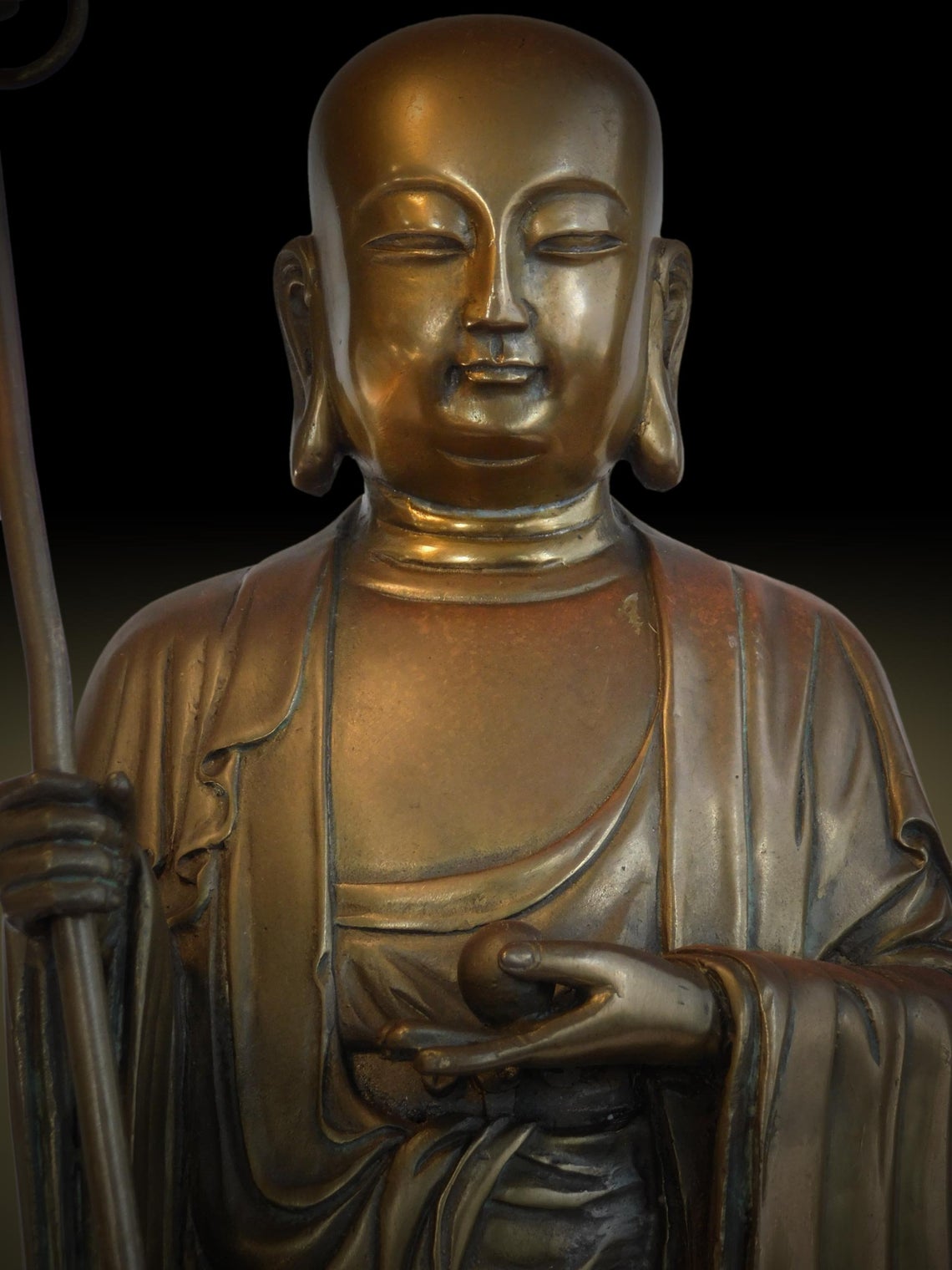