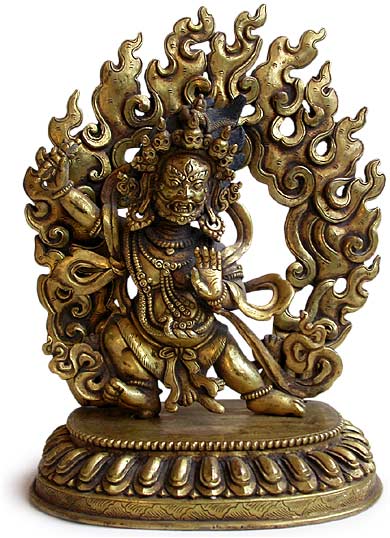 Sino-Tibetan Gilt Bronze Buddha Statue
Encircled by an aureole of raging flames, stepping in an active warrior pose (pratyalidhasana), Vajrapani, Holder of the Thunderbolt appears in his fierce emanation as a powerful Protector of Dharma and remover of obstacles. As Avalokiteshvara representing compassion, and Manjushri wisdom, Vajrapani represents the combined power of all Buddhas.

This gold gilded Vajrapani is balanced with spirit and poise. The wrathful features of his face is lifelike and engaging. The roaring Dharmapala is barring fangs and tongue, with eyebrows patterned in upturn waves above a furrowed nose, he has three bulging eyes stare fiercely forward, he wears a five pointed skull crown, into which a snake lies above the flaming hair. Tightly clasping a vajra scepter his right, and left hand crosses his front alertly poised in the no fear gesture, his bared chest is ornamented in jewels, along with intertwining scarves that swirling pass around his shoulders and flutter to the sides, there's a snake necklace that shows he has conquered the Snake Demon Naga. The finely beaded throne has 19 pronounce lotuses of triple petals that did not extended around. Though appeared terrific in appearance, the sublimed artistry in this superbly cast statue radiates a powerful spiritual force typically seen in Tibetan arts of the 18th century. 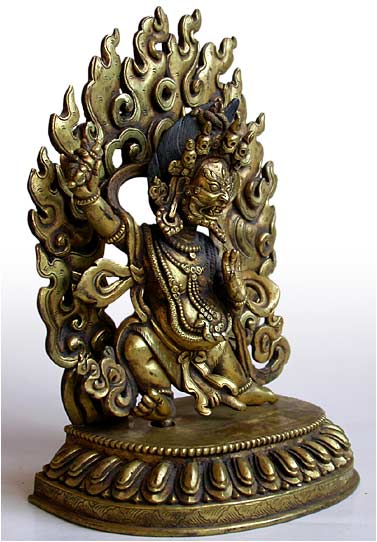 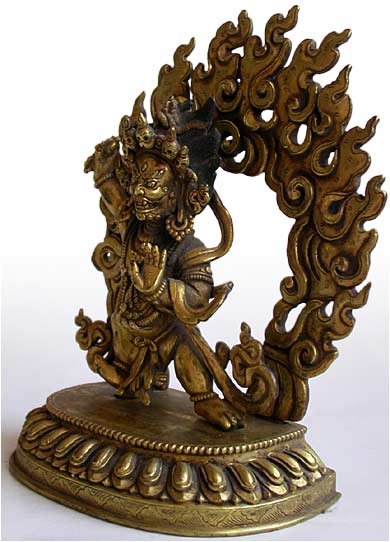 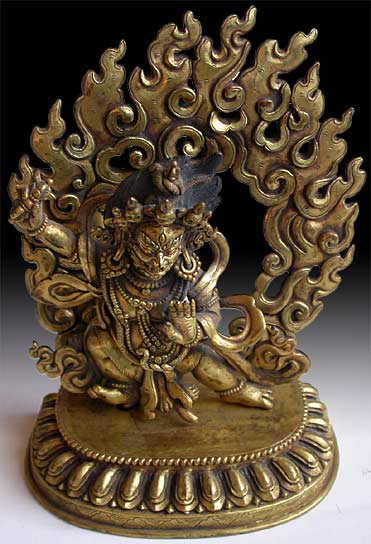 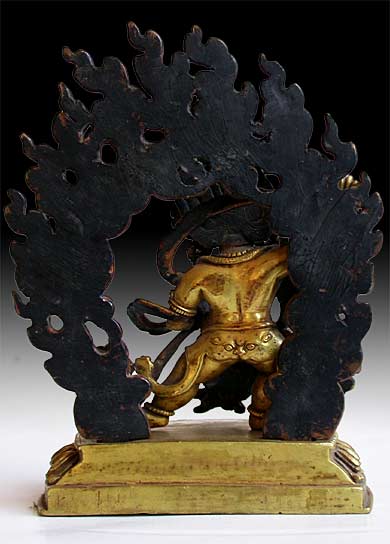 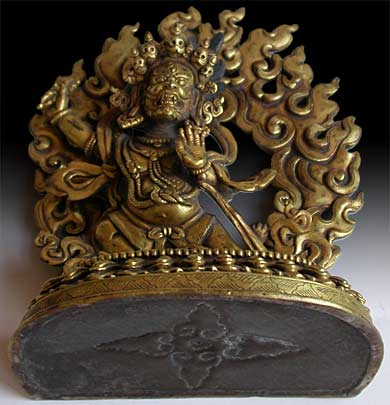 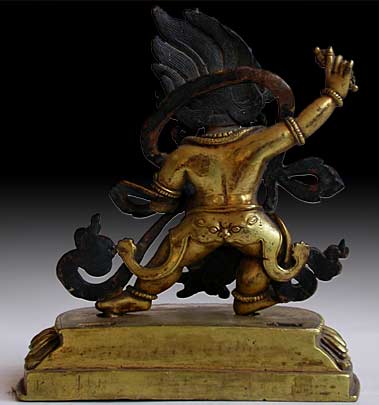 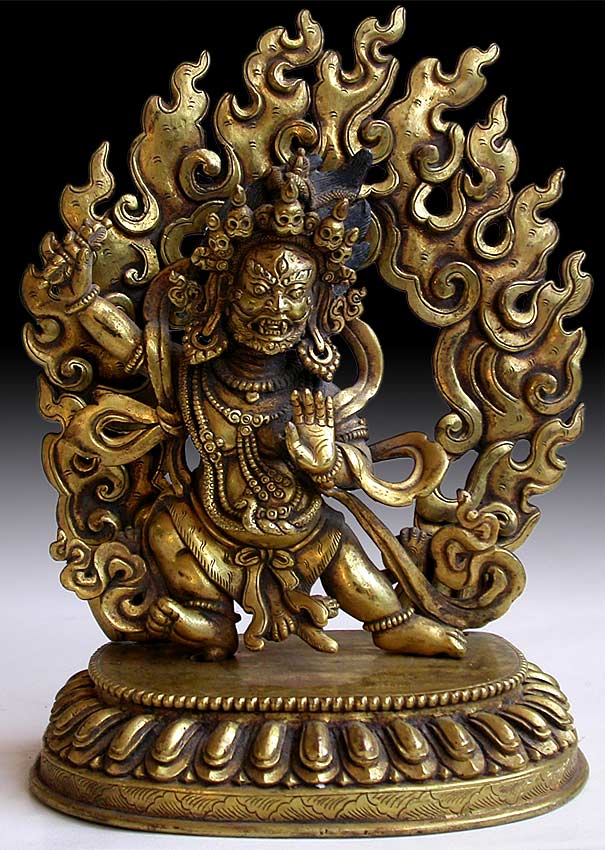