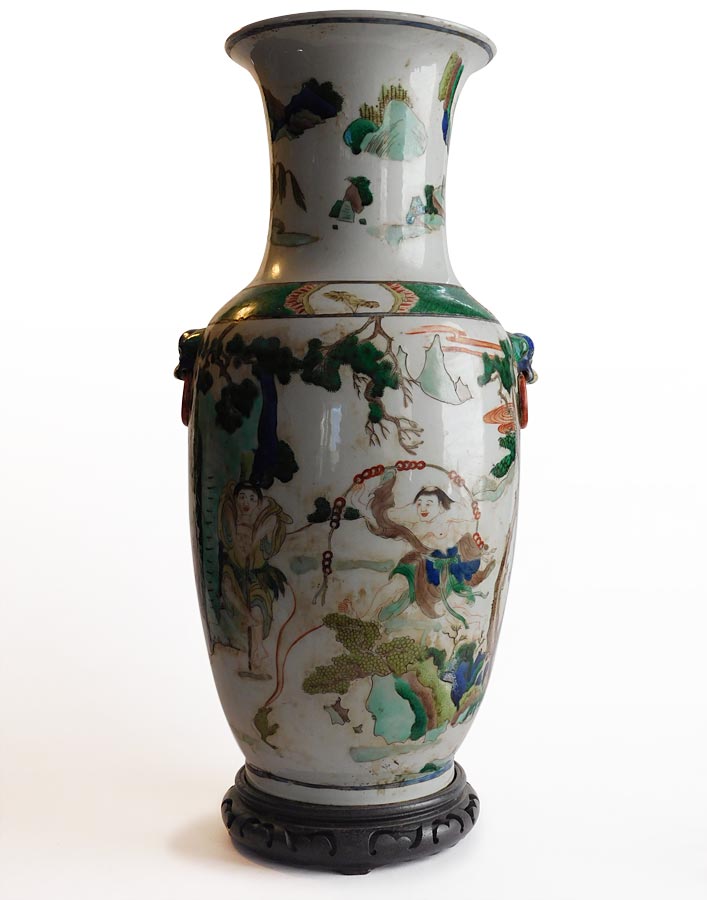 Antique Chinese Famille Verte Porcelain Vase
This large porcelain vase, hand-painted in Famille Verte overglaze enamels, depicts a celestial scene of five Taoist Immortals frolicking in a garden of scholar rocks floating around a misty atmosphere. Depicted On one side is the spirit-traveler Li Tieguai 鉄拐仙人 leaning on a cane. Apparently, he is amused by the three-legged Money Toad before him, but oblivious to the rustic sage Liu Hai 蝦蟇仙人 dancing with a jump rope made of a row of coins. On the opposing side, three more beloved carefree immortals that are known as the Three Sages of the Sky Terrace "Tiantai Trio" 天台三聖. With Fenggan 豐干 in the foreground kicking up his magic gourd, Hanshan 寒山 is gouging on the food brought by Shide 拾得, who gleefully harvested a bundle of lotus flowers. The vase is rendered in classic Chinese woodblock style, with soft white overglaze on a cylindrical vase with a flared rim. A hand-scripted cobalt blue seal mark on the underside: Great Qing Kangxi Year Made. Attributed to the third Emperor of the Qing dynasty, the Kangxi reign (1654-1722) of 61 years makes him the longest-reigning ruler in the world. 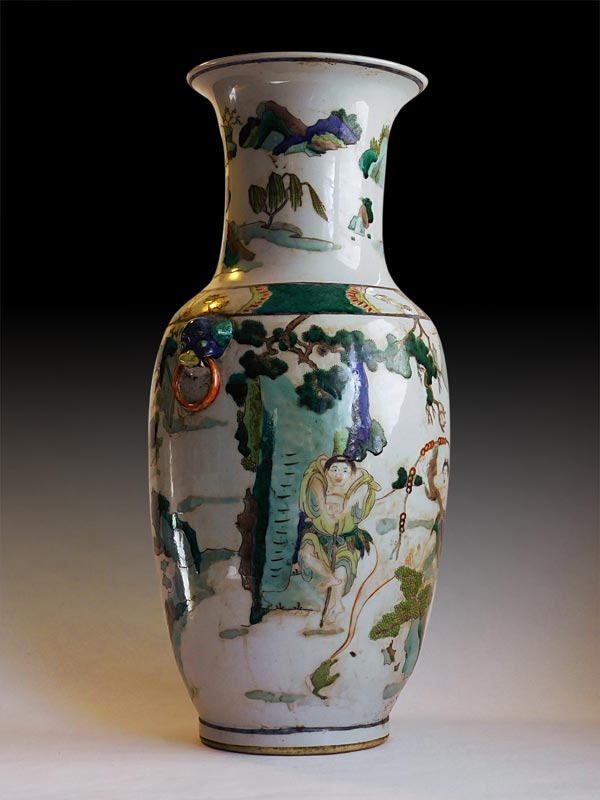 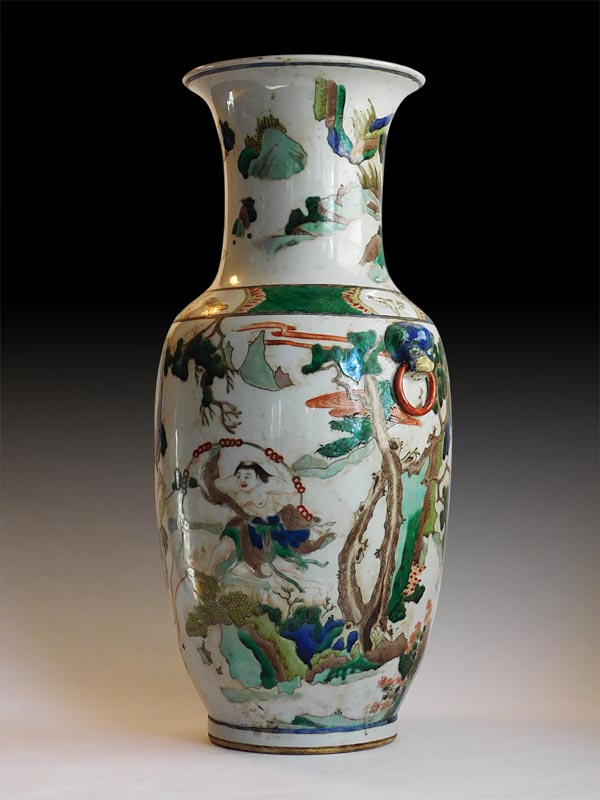 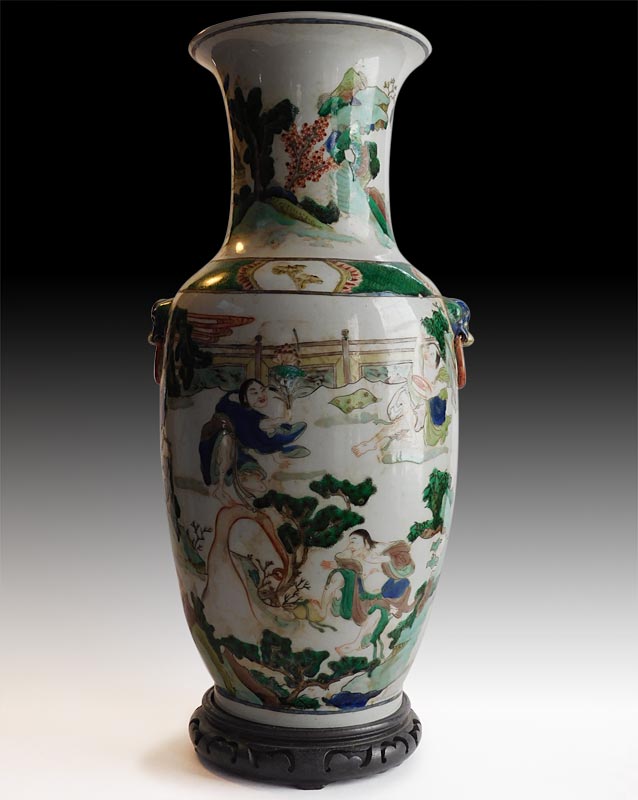 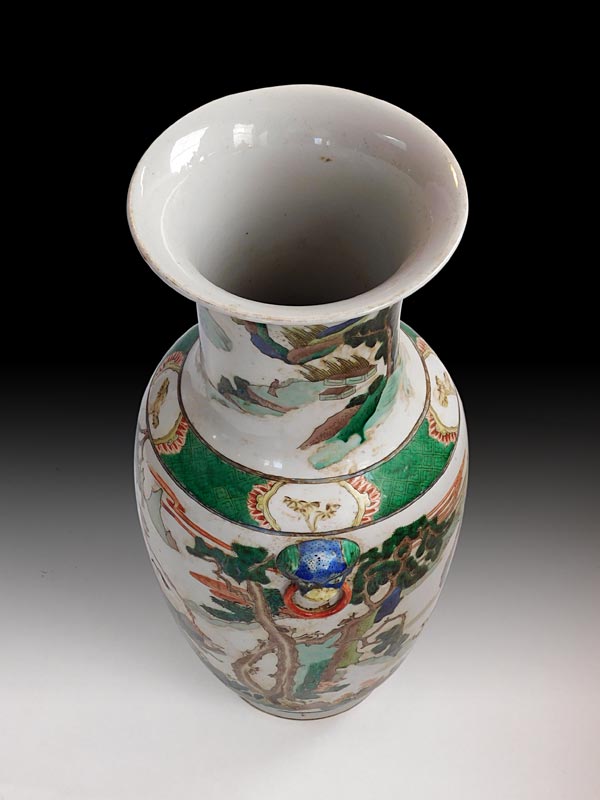 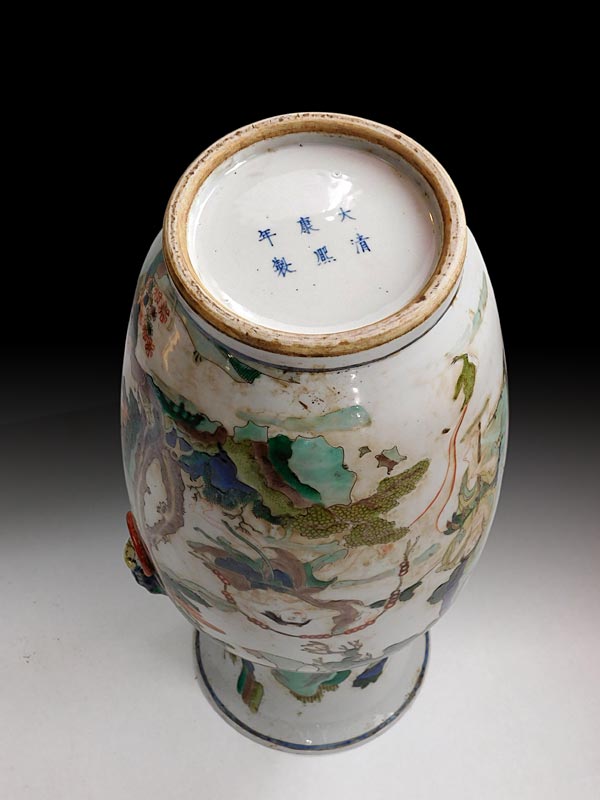 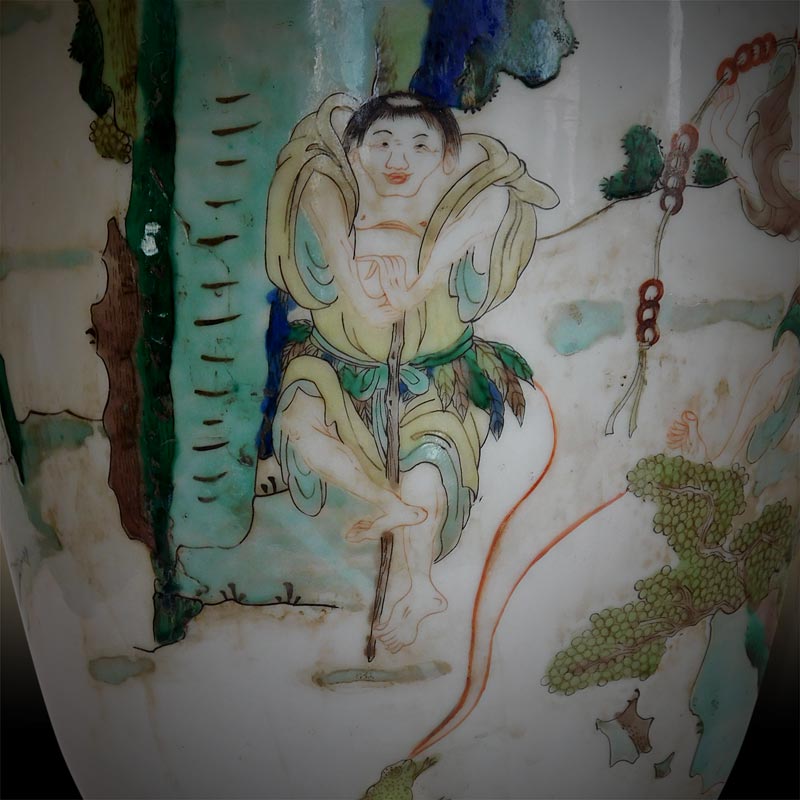 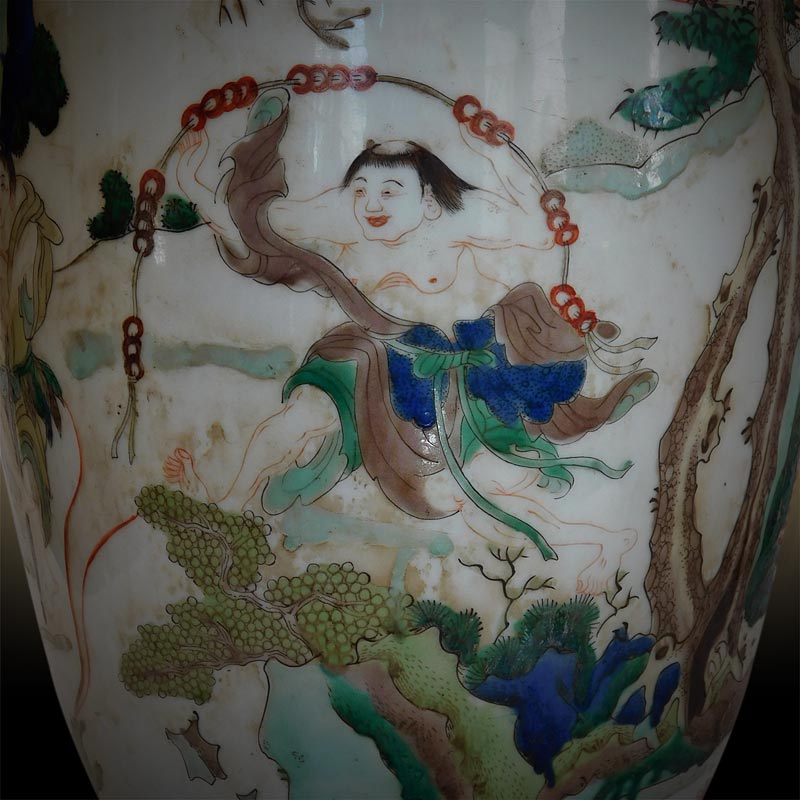