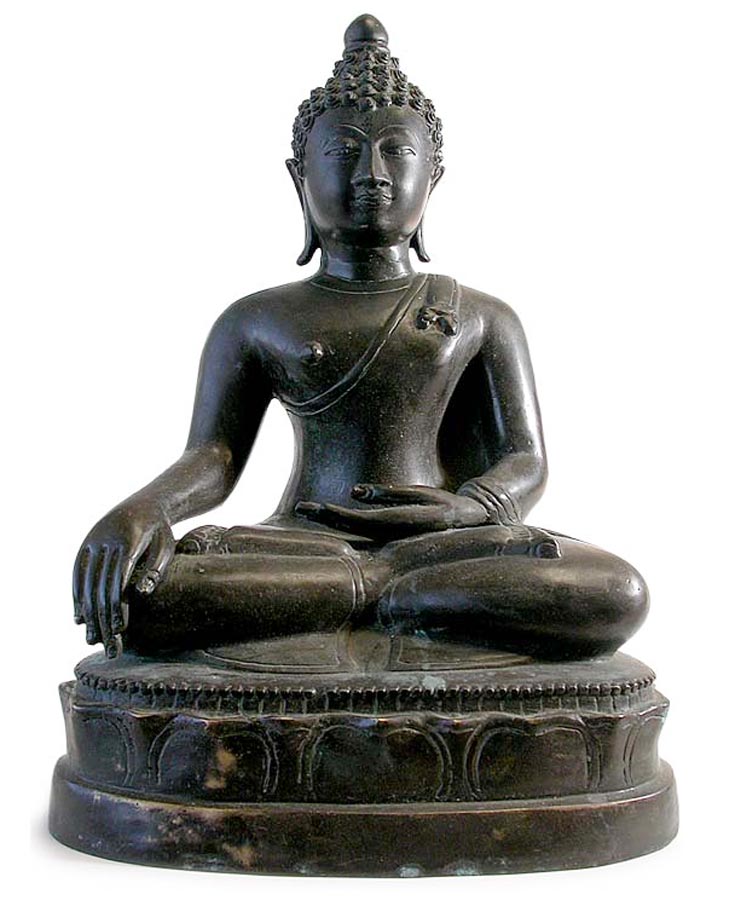 Vintage Thai Bronze Buddha Statue
A Thai bronze Buddha Shakyamuni with legs crossed in dhyanasana, his hands in dhyana and bhumisparsa mudras known as "calling the earth for witness" gesture. The image is the emblem of enlightenment, which portrays the Historic Buddha's conquest over Mara. The moment which when Shakyamuni achieved the state of universal consciousness. Considering that the ultimate goal for every Buddhist practitioners are in attaining total illumination of the mind (nirvana); naturally this moment of the Buddha's life should have remained the most popular theme in variations of Buddha statues, and particularly true for the Thai Buddhists and artists ever since the 14th century.

With little influence from its Buddhist predecessors like the Indian or Chinese. This early 20th century bronze shows the distinguish original Thai aesthetic of the Sukhothai tradition. In which the youthful Buddha is rendered with utmost simplicity, flowing lines and graceful contours. A full realization of harmony in the perception of the divine. 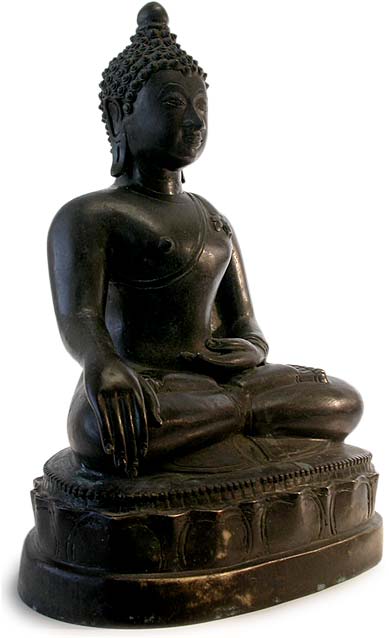 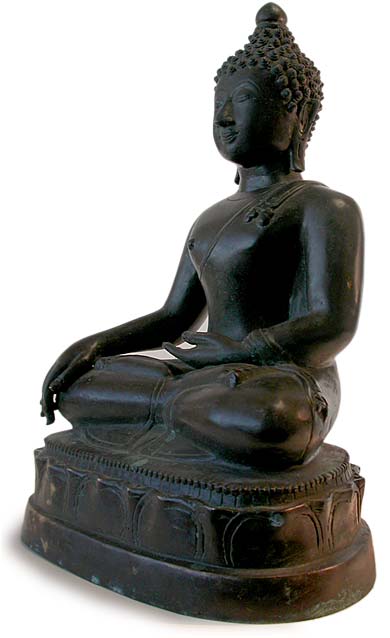 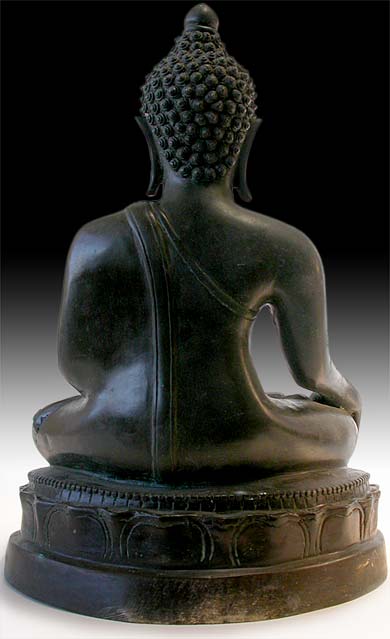 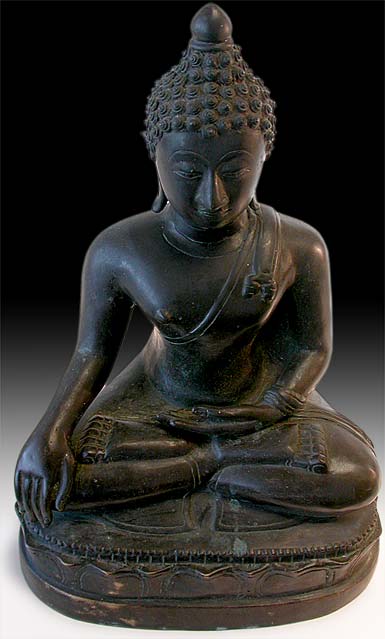