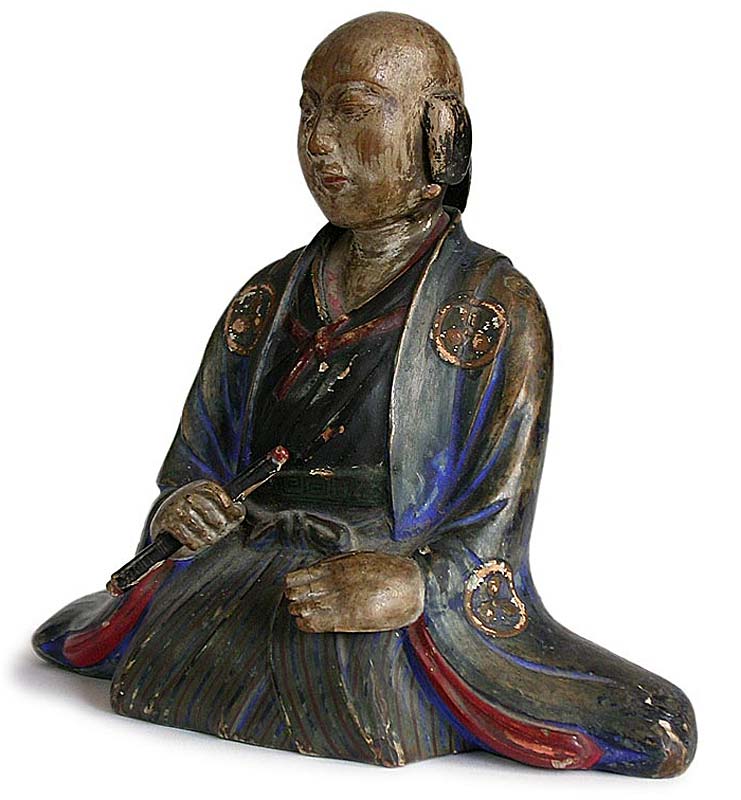 Estimated Value $500
• [ MAKE INQUIRY ] •
txt/call: 510-556-3555
A rare wood carving of Sontoku as a young man sitting upright with a scroll in hand. Sontoku Ninomiya (1787-1856) is venerated as a philosopher and agriculturist in the late Edo period. He was born into a poor peasant family, and lost his parents at the age of fourteen. However, through acquiring and transforming abandoned fields into farm land, he became rich in his early 20s'; then he was appointed the administer of agriculture, successfully turning rundown fiefdoms into prosperous farmlands for much of the feudal domains. Although he had left no written records of philosophy, his teachings are known to combined Confucism, Shinto and Buddhism. In the Meiji era, shrines for Nonomiya were established throughout Japan. His image is commonly portrayed as a young teen strolling with a book in hands while carrying firewood on his back, and many of these Sontoku statues can be seen erected in parks and schools. 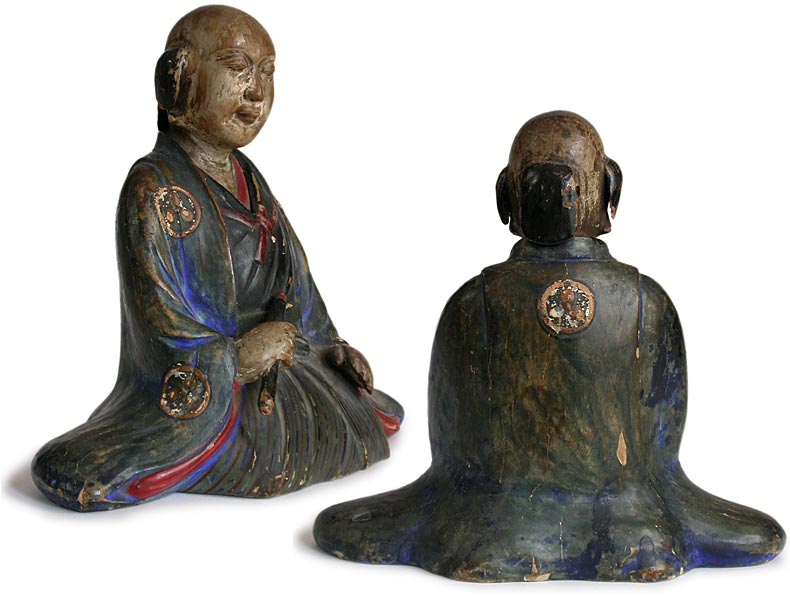 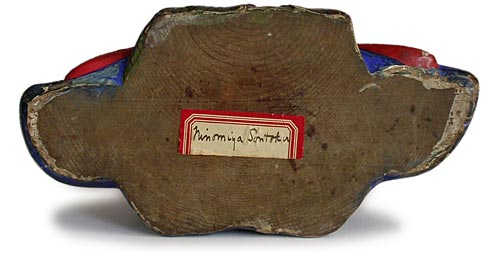 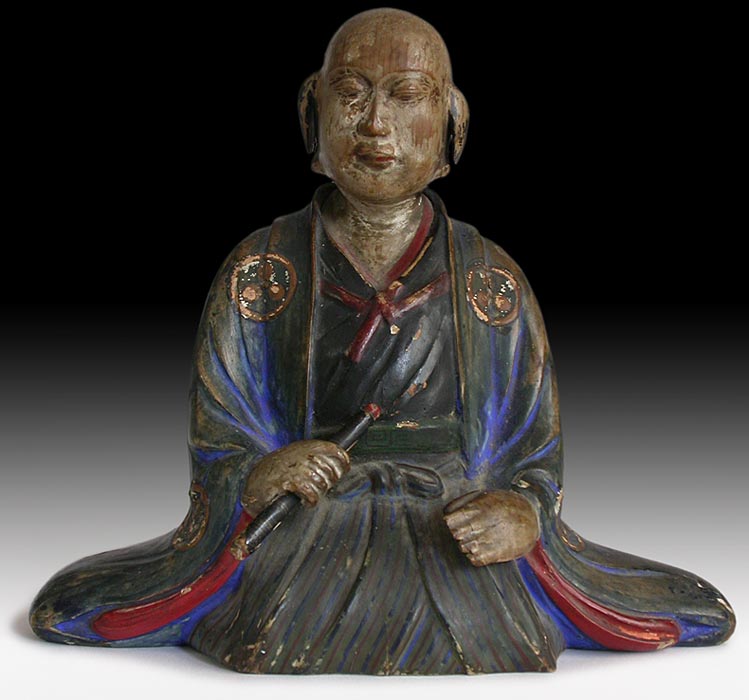