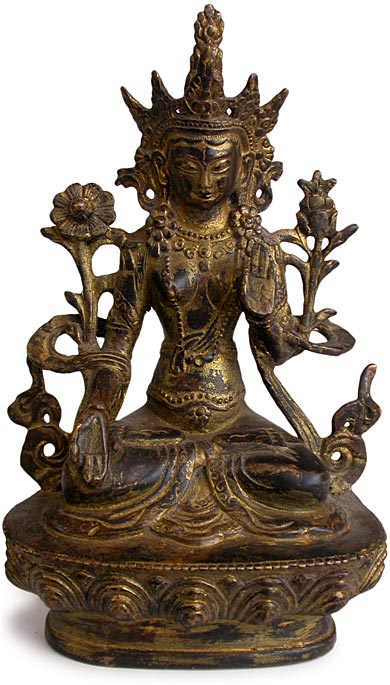 Antique Tibeto Chinese Gilt Bronze Statue
This Goddess of Long Life White Tara is seated in lotus posture on a raised lotus throne. She is painted in cold gold, wearing a large crown, hands in teaching gesture (Dhyana mudra ), holding two Lotus flowers that mounted above her shoulders, and framing her elongate torso. The Goddess is dressed in a pleated dhoti with strands of pearls and arm bands. The charming details of her youthful face, her large almond-shaped eyes and urna, long, narrow nose are features that reflect her non-Chinese origin.

There are twenty-one forms of Tara. The two most important forms are Green Tara and White Tara. Tara is a female Buddha and meditation deity, born from a compassionate tear of Avalokitesavara. Her name, "tar", is derived from Sanskrit, meaning "to cross over", as she is one who helps sentient beings to cross over the ocean of samsara. Tara was introduced into Tibet in the seventh century, and became the venerated goddess in China since Ming Dynasty. 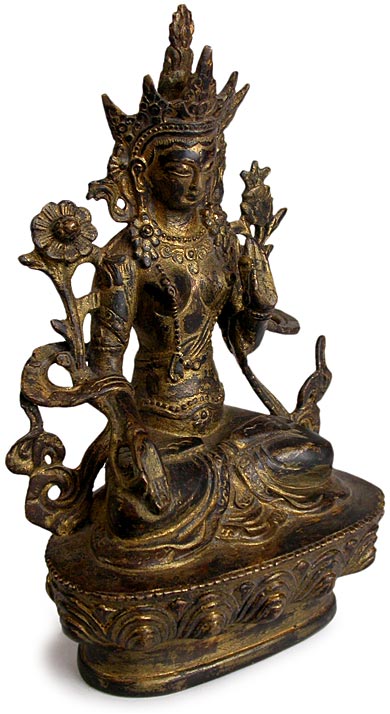 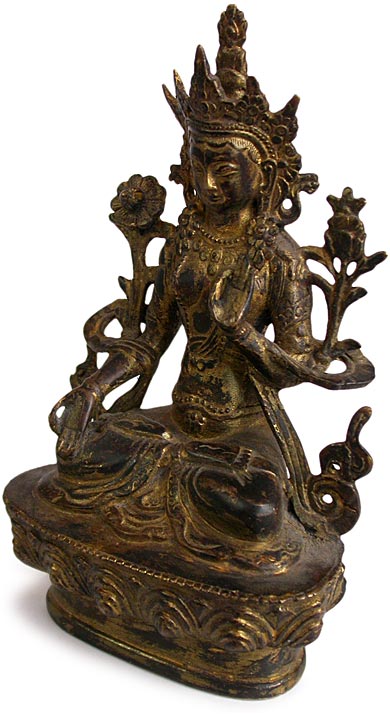 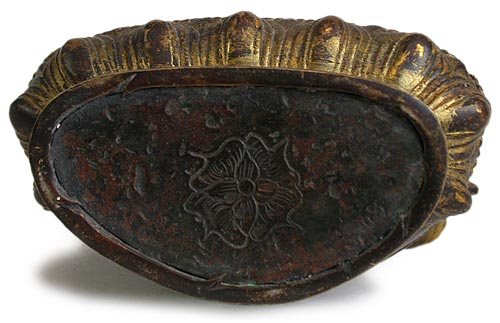 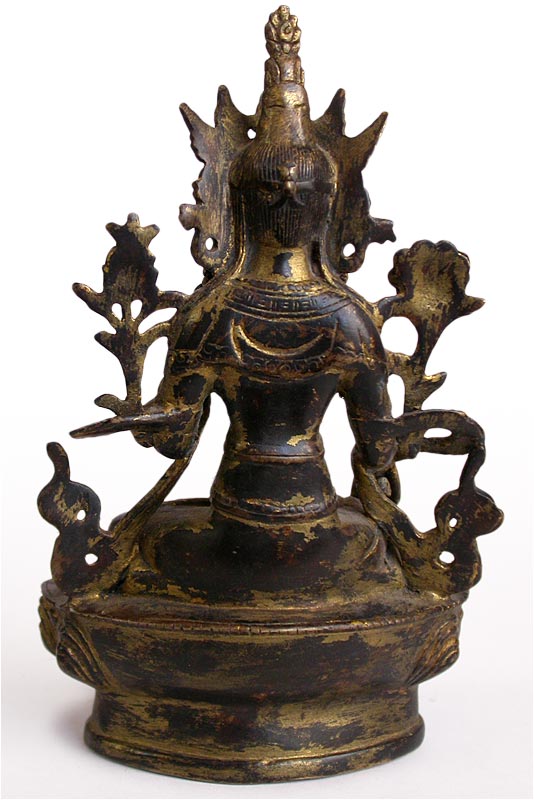 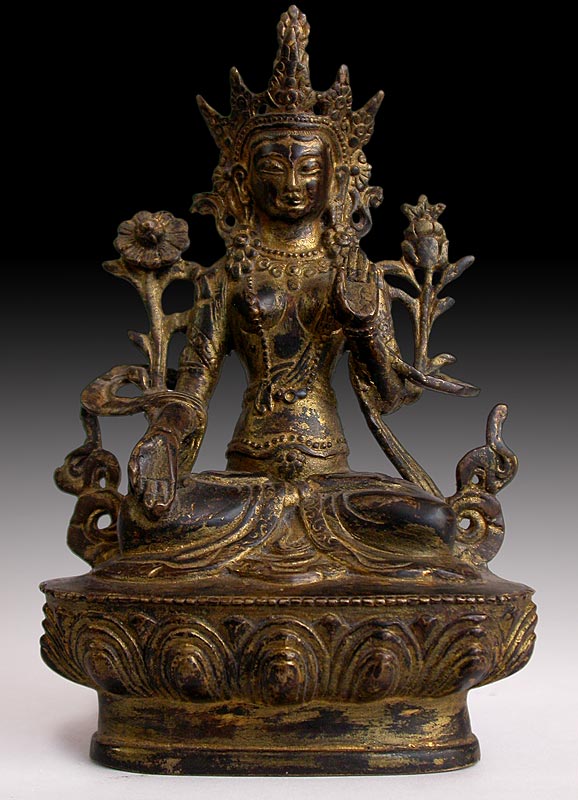