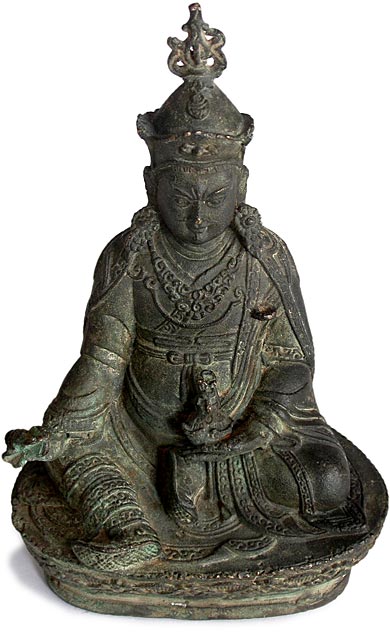 Antique Sino Tibetan Bronze Buddha
Padmasambhava is considered a saint, an emanation of Amitabha, and a living Buddha credited as the greatest teacher of Tantric Buddhism, the founder of the Nyingmapa order in the 7th century Tibet.
There are eight different depiction of Padmasambhava in Tibetan art. As shown here, he is portrayed as Pemakara of Tibet (Lotus Creator), holding a vajra in his right hand, a stupa in his left, wearing a lotus cap atop which a half-vajra and a single vulture feather is perched. The face of Padmasambhava is vivid, alive and deeply awaken, he sits in royal ease above a lotus, where a large vajra in relief is elegantly depicted on the back. With compelling details of jewels and symmetry in the folds of his robes throughout, the beauty and spiritual presence is fused into form in this vintage statue, which is remaining in very good condition 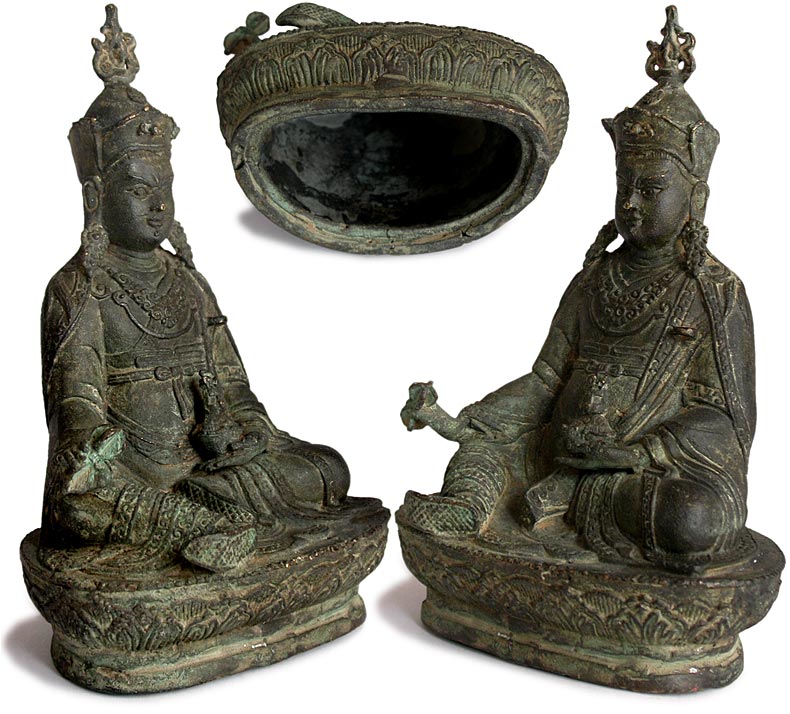 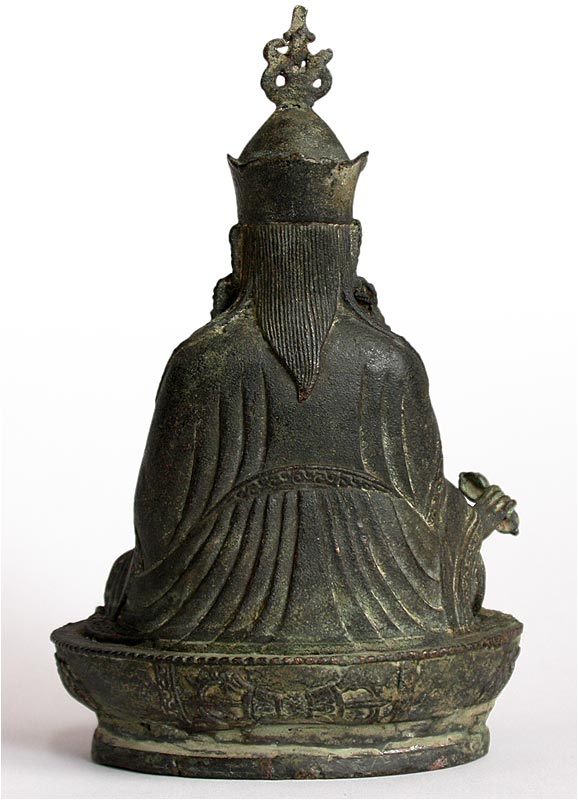 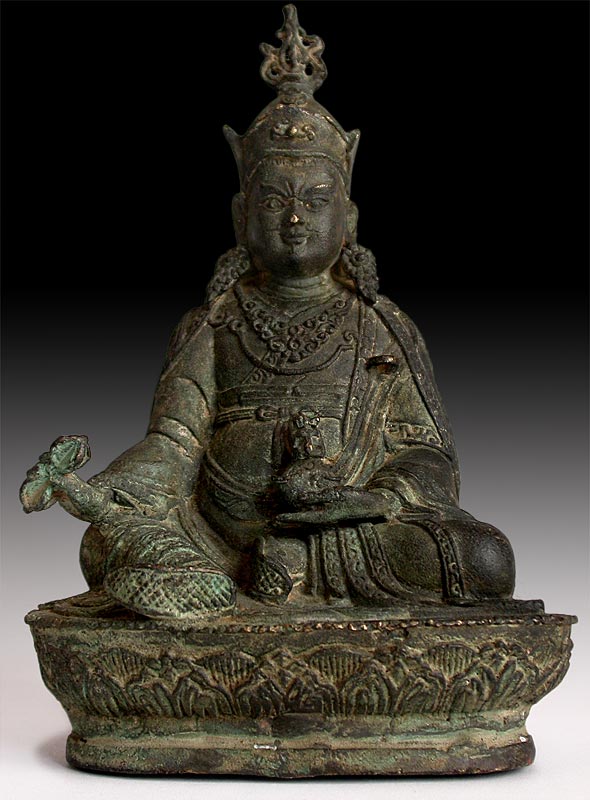 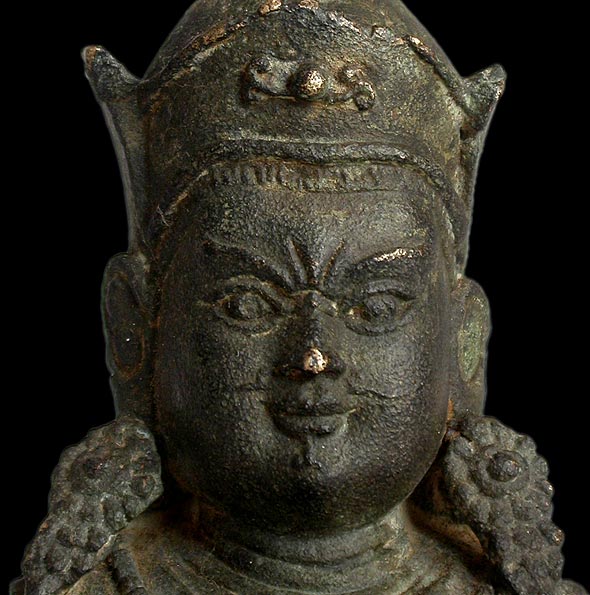